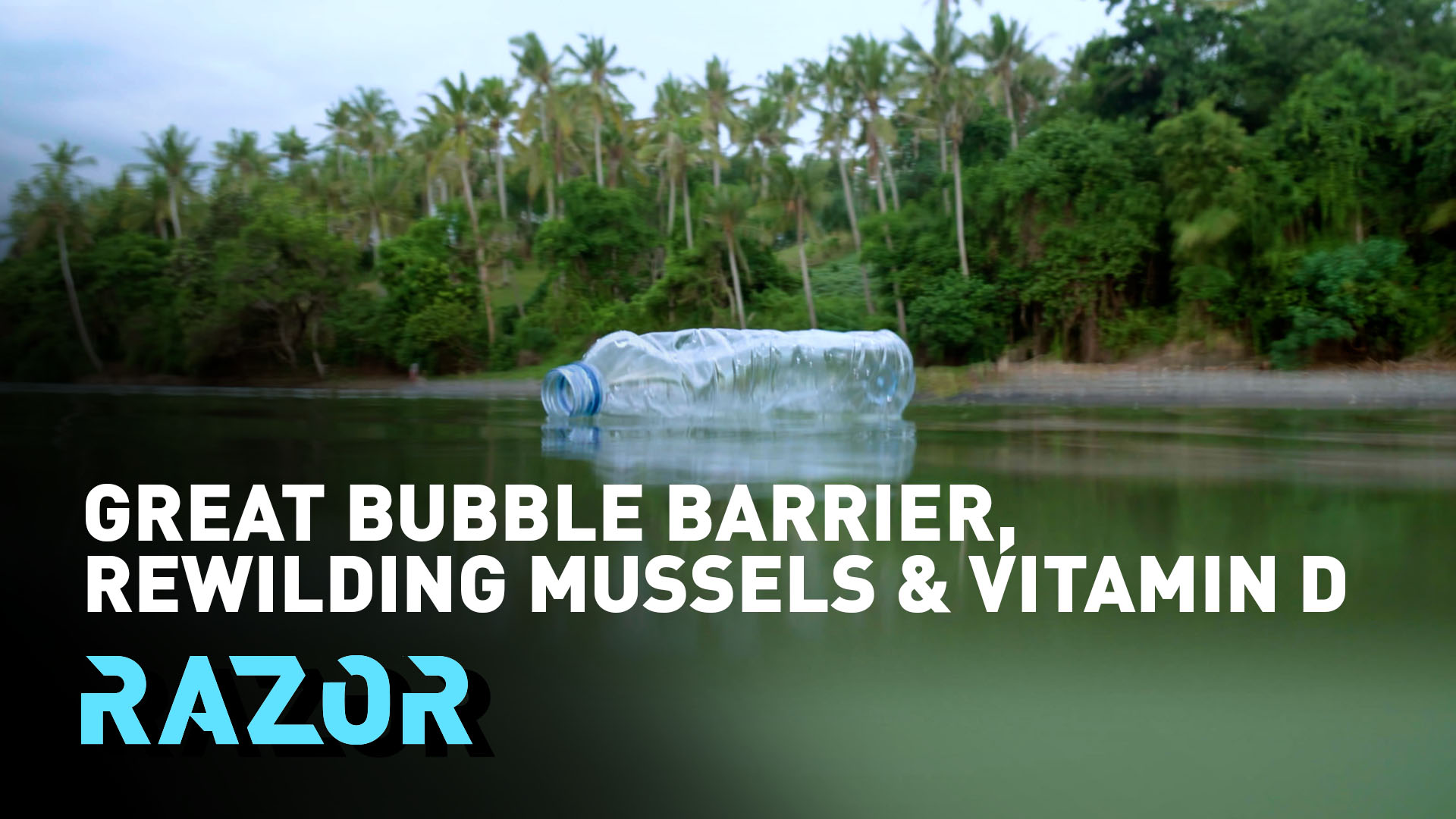 New Zealand is famous for its beautiful coastlines and abundant sea life, but dredging has severely depleted and, in some cases, wiped out its mussel beds. RAZOR's Emma Keeling talks to scientists at the University of Auckland about how they have rejuvenated the beds – by dropping empty shells to create reef-like structures that living mussels can then bind to.

Engineers in Australia and Amsterdam are working to tackle the problem of floating plastic waste by creating an innovative bubble screen barrier that can capture the plastic while allowing fish and ships to pass unimpeded. RAZOR's Shini Somara explores whether this could this be the next big weapon deployed against the growing problem of plastic pollution in our seas and oceans.

Since the pandemic began there's been an ongoing debate about the link between a patient's vitamin D levels and how badly the virus affects them. Health authorities need to prove causation, but the evidence of a correlation between vitamin D and better patient outcomes is growing all the time and now a new review of the evidence has been ordered by the UK's health secretary. RAZOR's Neil Cairns reports.

CLICK FOR MORE CUTTING–EDGE SCIENCE AND TECH FROM RAZOR