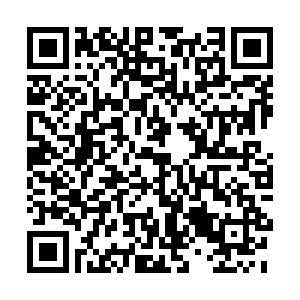 - Cyprus has paused its plans to ease its lockdown restrictions amid a surge in new infections of the virus, with middle school pupils having to stay at home for another two weeks, Health Minister Constantinos Ioannou said.

- The leaders of Austria, Czechia, Bulgaria, Slovenia and Latvia have written to the European Union calling for a discussion on vaccine distribution within the bloc after Austria's Chancellor Sebastian Kurz suggested on Friday that some members were receiving more jabs than they were entitled to under the EU agreement.

- Three health workers in Norway who recently received the Oxford University-AstraZeneca vaccine are being treated in hospital for blood clots, the Norwegian Institute of Public Health has said. Norway halted the use of the jab on Thursday, following a similar move by Denmark amid fears of potential serious side effects.

- More than 21 million vaccines have been administered in England, according to figures from its National Health Service.

- France has become the sixth country in the world to pass four million confirmed cases since the start of the pandemic after it reported a further 25,229 new infections in the past 24 hours.

- The CEO of English soccer's Premier League Richard Masters has said it hopes to welcome up to 10,000 fans back to stadiums for the season's final two rounds of matches in May.

- Rome and Milan are to be moved into Italy's strictest 'red zone' restrictions from Monday following a spike in new cases. All non-essential shops, bars and restaurants will be forced to close, while movement between municipalities is also banned.

- The World Health Organization (WHO) has approved the emergency use of the vaccine developed by U.S. firm Johnson & Johnson, giving it the seal of approval for countries with weaker regulatory agencies. "Every new, safe and effective tool against COVID-19 is another step closer to controlling the pandemic," WHO Director-General Tedros Adhanom Ghebreyesus said.

- Germany has backed the use of the Oxford University-AstraZeneca vaccine following reports of blood clots in some patients who received the jab. Health Minister Jens Spahn admitted that it takes the reports of possible side effects "very, very seriously," but said it had no evidence to be worried.

- Greece's Prime Minister Kyriakos Mitsotakis has accused political opponents of exploiting lockdown fatigue. "There is a serious risk that the pandemic will be turned from a threat to public health into a threat to our society, by those who exploit the flammable material that is the fatigue from [lockdown] measures," said Mitsotakis, who also claimed the parties had acted irresponsibly and ignored his appeals for calm.

- More than 48,000 businesses have signed up to offer rapid testing to their employees in the UK, a move that "is a huge step forward in getting businesses back on their feet and helping to keep people safe," according to Health Minister Matt Hancock. 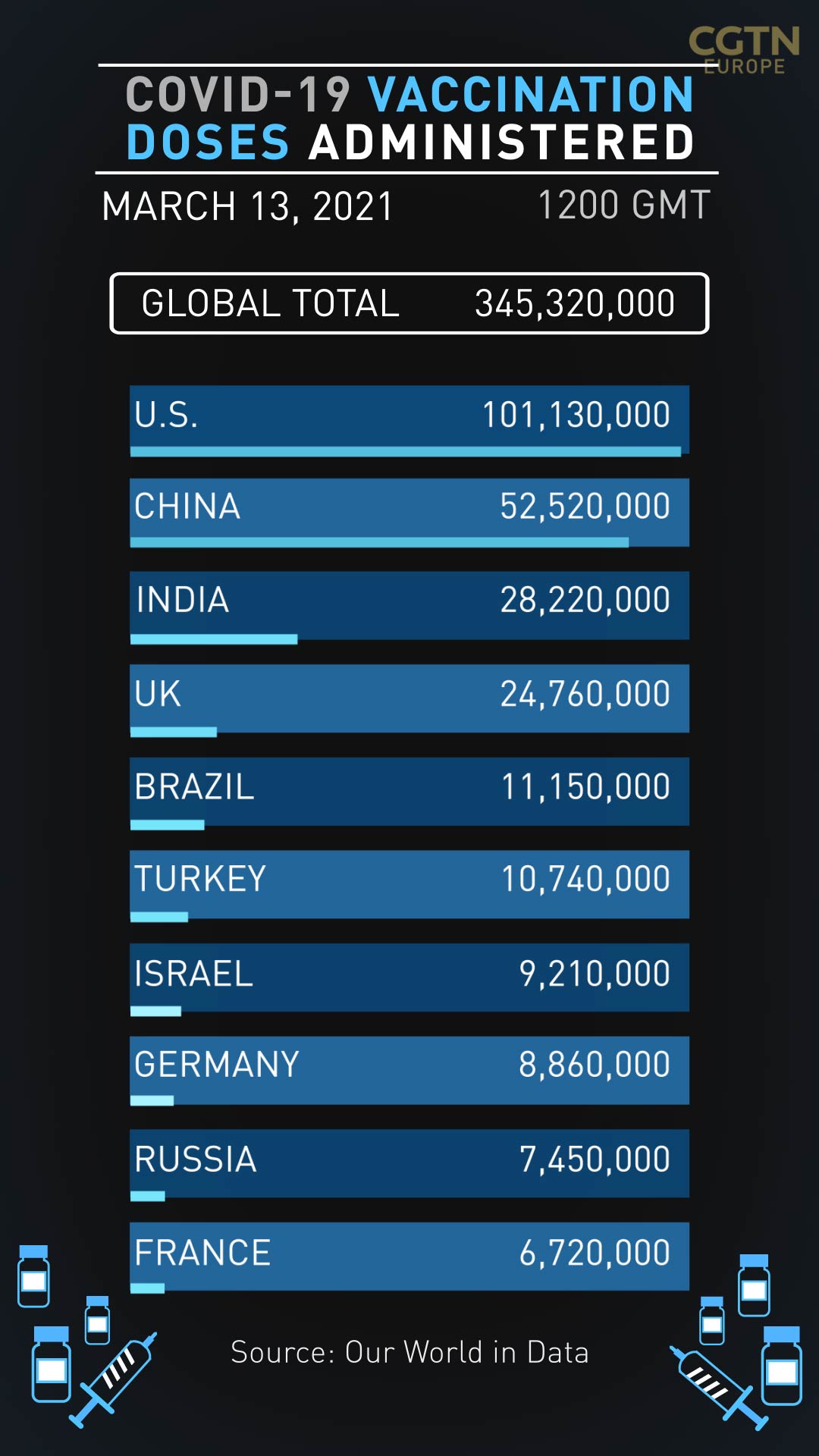 The Spanish government has approved a $13 billion relief package to help its tourism and hospitality industries. Both sectors have been particularly hard hit by the financial effects of the pandemic.

Spain's economy minister Nadia Calvino said the hoped-for fiscal recovery has been hampered by the third wave of the pandemic which hit Spain in January and February. As a result, the two sectors are really struggling.

Tourism, which is one of Spain's biggest industries, saw the number of people visiting the country fall to a 51-year-low in 2020. 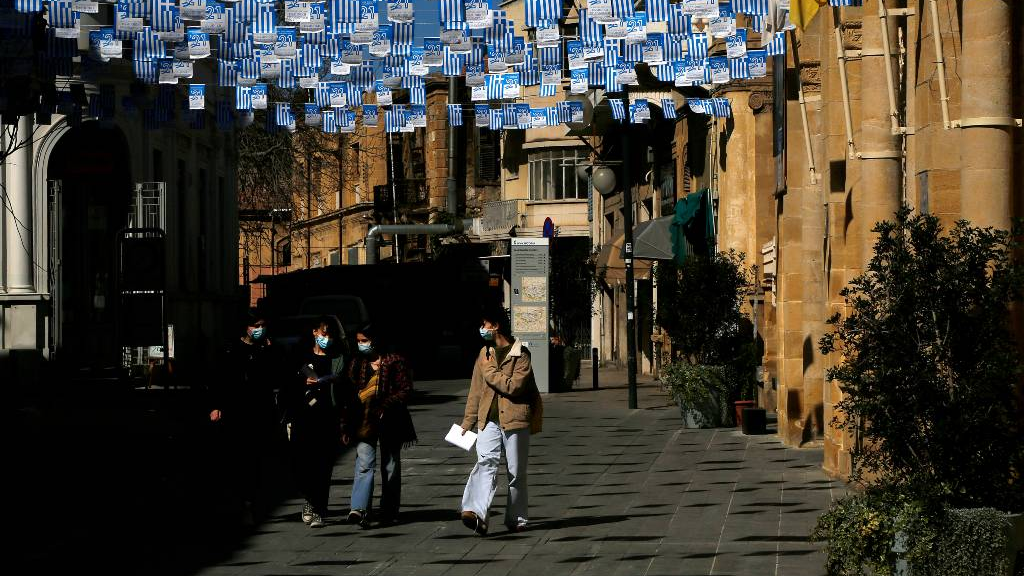 Cyprus has put on hold its plan to ease its lockdown restrictions amid a surge in new infections. /AP

Cyprus has put on hold its plan to ease its lockdown restrictions amid a surge in new infections. /AP

Italy's capital Rome and its business capital Milan will be forced into the country's toughest lockdown measures from Monday amid a spike in new infections.

Both regions will be moved from 'orange zone' restrictions to the 'red zone' where all non-essential shops, bars and restaurants will be forced to close, while movement between municipalities is also banned and a curfew in place between 10 p.m. to 5 a.m. every night.

The move was approved on Friday by Health Minister Roberto Speranza and includes Lombardy – the epicenter of the first surge of the virus in Europe – as well as Lazio, the region including Rome.

Meanwhile the whole of Italy will be moved into the 'red zone' for the Easter holidays between April 3 to 5 in a bid to contain the virus. This will be the second Easter in a row that Italy will be under a full lockdown.

Prime Minister Mario Draghi warned that the country must be "extremely cautious" in order to protect lives and relieve pressure on the health service. 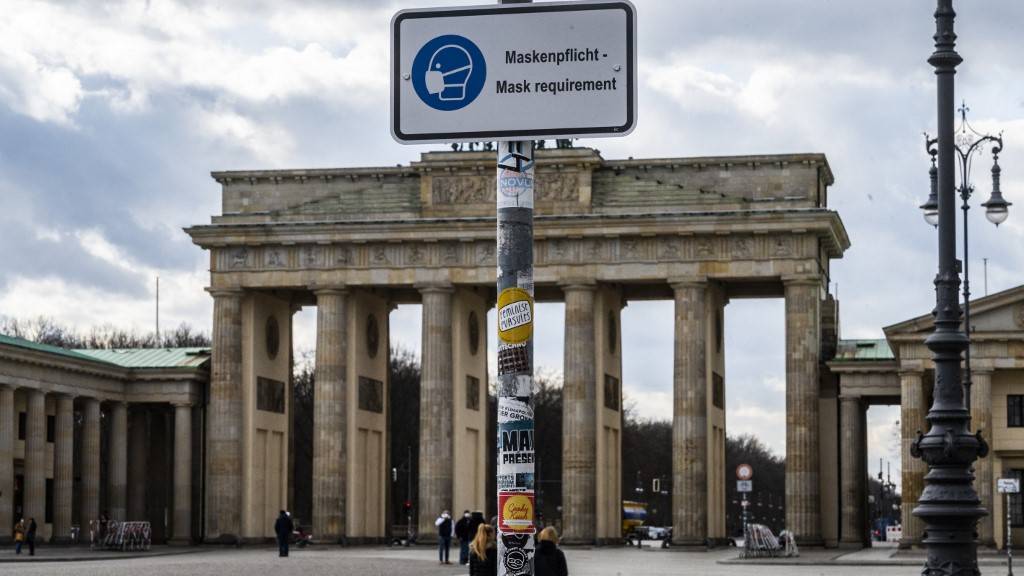