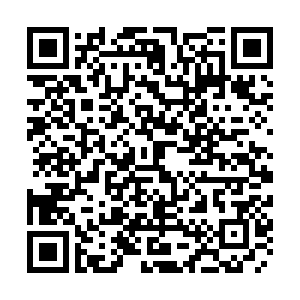 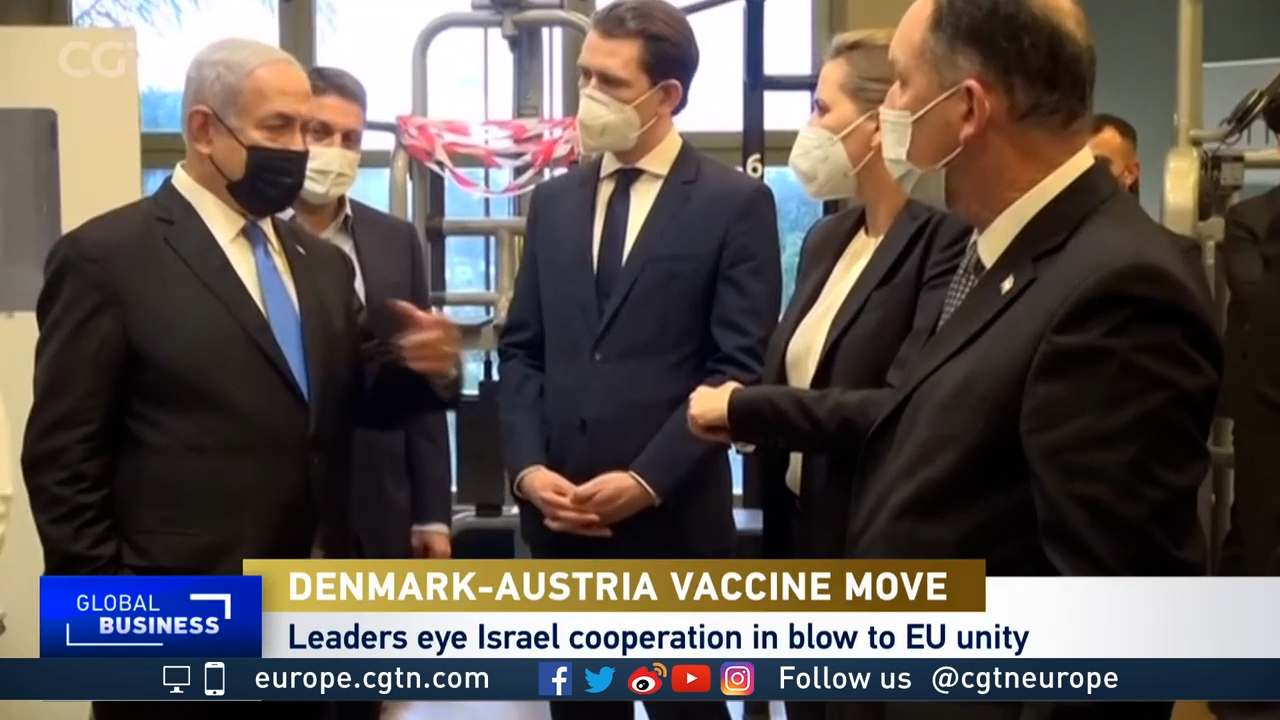 Austria's chancellor and Denmark's prime minister have arrived in Jerusalem for further talks on a proposed "vaccine alliance" with Israel's premier Benjamin Netanyahu.

Earlier this week it was announced that the two European nations were seeking a joint approach with Israel to fighting future waves of the pandemic.

Sebastian Kurz and Mette Frederiksen, alongside the Israeli leader, toured a gym that has just reopened under an approved pass system to those either vaccinated or recovered from COVID-19, who are now presumed immune to further infection.

In a joint news conference, Netanyahu announced: "Once we get over this cycle of the disease we have no guarantee that it won't come back ... and therefore we have to protect our people against the re-emergence of this pandemic or mutations."

Talks are said to be under way with vaccine makers Pfizer and Moderna about building production facilities for mRNA vaccines, with a site in Austria earmarked as a possible location.

The move by the Danish and Austrian authorities comes amid growing disquiet among some EU member states over delays in the ordering, approval and distribution of vaccines through the bloc's collective procurement program. 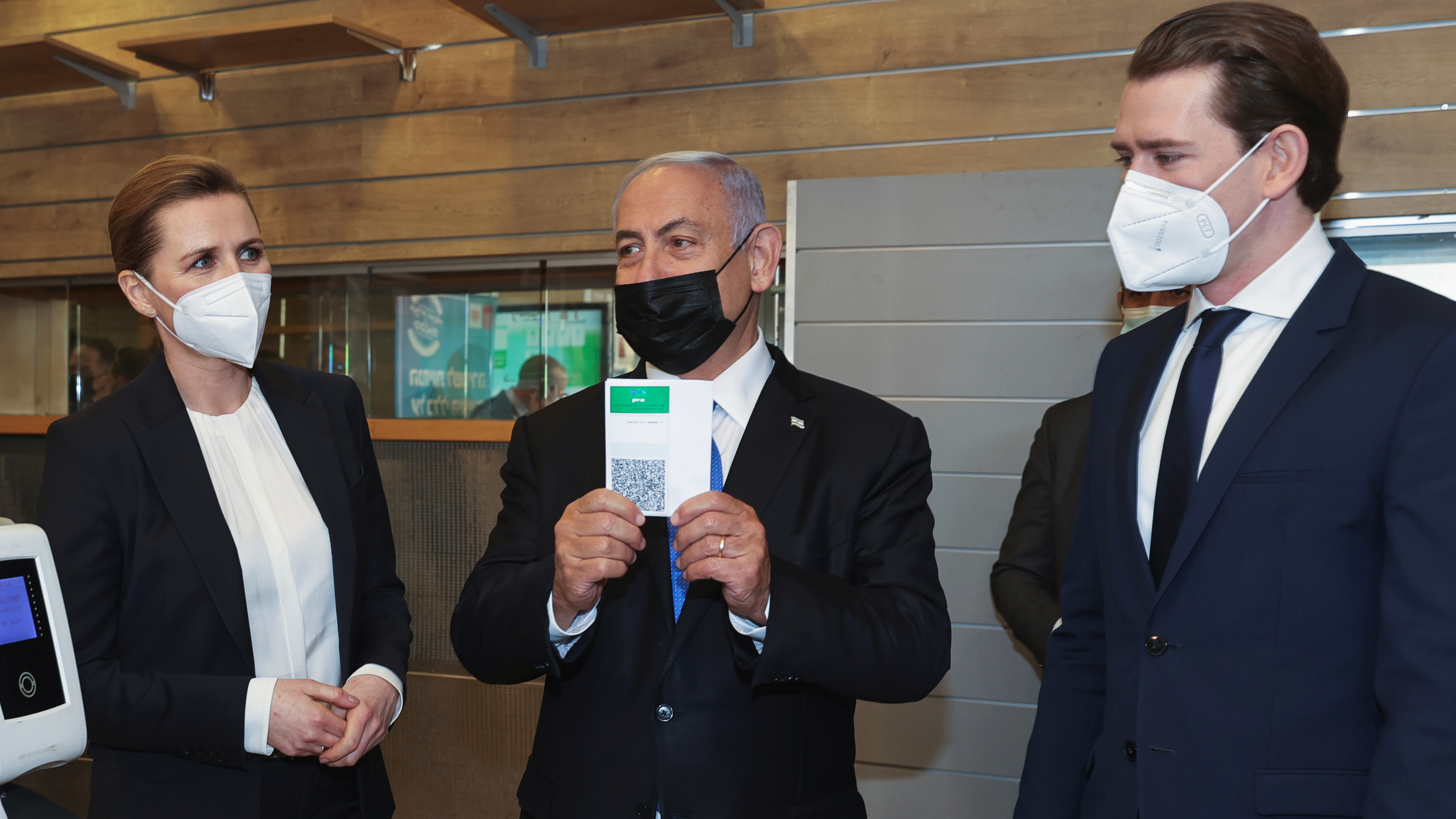 In an interview with Germany's Bild newspaper, Kurz said the European Medicines Agency had been "too slow in approving vaccines," and complained of "delivery bottlenecks from pharmaceutical companies." 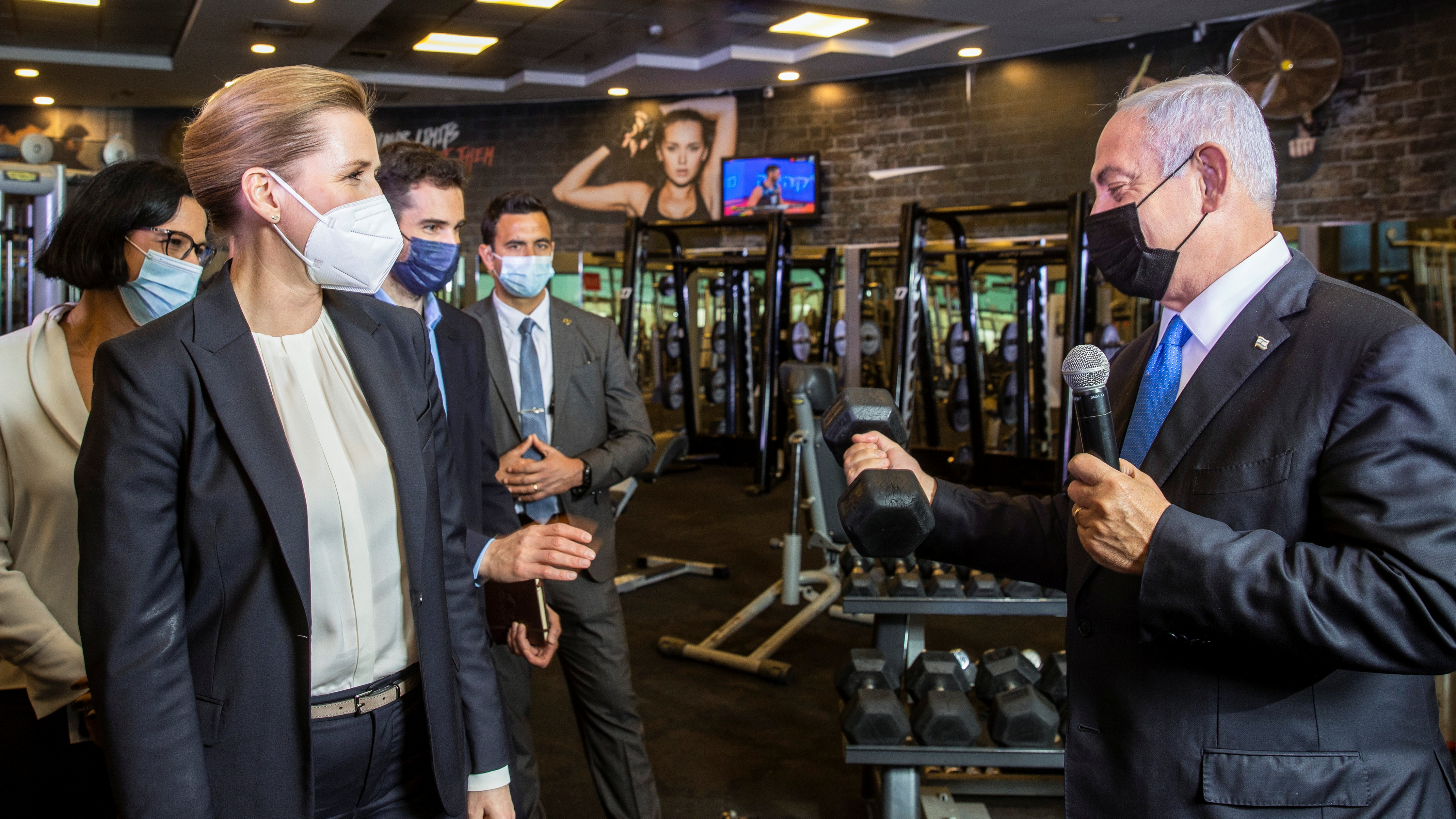 With the European Commission stating member states were free to strike separate deals with providers should they wish, some nations are seeking alternatives, with the Russian Sputnik V and Chinese Sinopharm vaccines both ordered by member states despite not yet being officially approved for use by the EU.

By comparison, Israel's ambitious vaccination roll-out has led to more than 90 percent of eligible Israelis receiving at least one dose of the Pfizer/BioNTech vaccine or having recovered from the virus, according to the ruling Likud party. Netanyahu has made the nation's swift response to the COVID-19 outbreak a key plank of his re-election campaign ahead of voting on March 23.

Speaking in Jerusalem, Frederiksen said Denmark was looking to expand its production capacity, adding that she wished to "explore possible cooperation on clinical trials" with Israel and Austria. Frederiksen has previously stated that a possible demand for revaccinations later would require a boost to supplies.