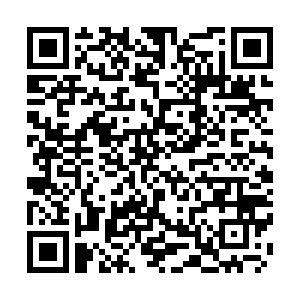 China is to send the Sinopharm vaccine to Czechia after an agreement between the two countries, according to President Milos Zeman's office.

It is not yet known how many doses have been agreed to be sent to Czechia, which has also asked for doses of Russia's Sputnik V jab.

It comes as Central Europe continues to be hit hard by fresh wave of COVID-19.

Adding: "According to a report by the Czech embassy in Beijing, the Chinese side decided to comply with this request immediately."

The office of Prime Minister Andrej Babic has not yet confirmed the request.

Czechia, a country of 10 million people, has reported more than 20,000 deaths from COVID-19 and has one of the worst per capita infection rates in the world.

Stricter measures to curb the spread of the virus have been introduced as hospitals reach full capacity but the Czech health ministry has said it won't recommend any vaccines without registration from the European Medicines Agency.

Only three shots – from Pfizer, Moderna and AstraZeneca – have been given approval by the EU regulator.

The Czech vaccine roll-out has been hampered by delays in production and delivery from the pharmaceutical companies. On Wednesday, it was promised an advance supply of 100,000 extra Pfizer doses from EU partners.

Some other countries in the region are choosing to give their own green light to additional vaccines.

Hungary has approved and is using vaccines from Russia and China. Slovakia has received its first shipment of Russia's Sputnik V, a decision that has sparked a political crisis.

Poland's President Andrzej Duda has spoken to China's Xi Jinping about Sinopharm's vaccine, but its health ministry says it will not recommend the jab due to a lack of published data.