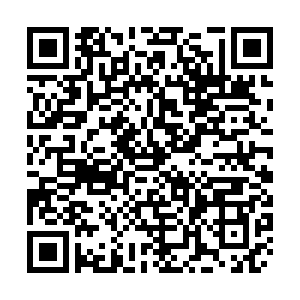 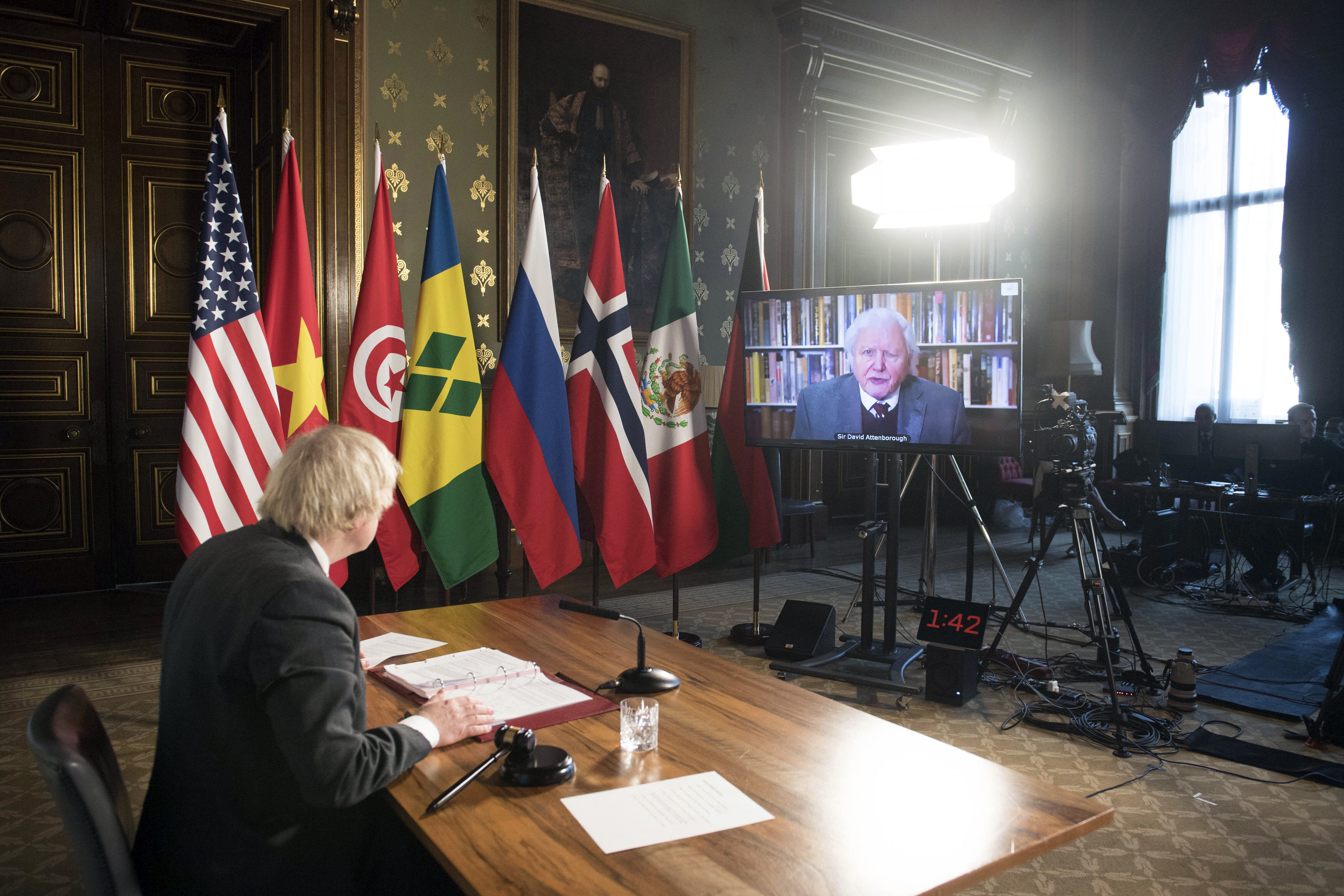 Britain's Prime Minister Boris Johnson watches a video address by Sir David Attenborough at a session of the UN Security Council on climate and security. (Stefan Rousseau/Pool Photo via AP)

Britain's Prime Minister Boris Johnson watches a video address by Sir David Attenborough at a session of the UN Security Council on climate and security. (Stefan Rousseau/Pool Photo via AP)

It's the first time a British prime minister has chaired the UNSC in nearly 30 years. The virtual session was the first leader-level discussion at the Security Council to focus on the impacts of climate change, with a call to members to help the most vulnerable countries adapt and to press for cuts in global emissions to net zero by 2050.

"If we bring emissions down with sufficient vigour," he said, "we may yet avoid the tipping points that will make runaway climate change unstoppable. In November this year, at COP26 in Glasgow, we may have our last opportunity to make the necessary step-change."

With this year's climate talks, already delayed by the coronavirus pandemic, being hosted by Britain in the Scottish City of Glasgow, it's no accident that Johnson took advantage of the UK's February presidency of the Security Council to chair this discussion.

Environmentalists and some participating states are determined that COP26 will be the conference that delivers timetables and targets rather than the more vague promises of previous gatherings.

The 2015 Paris Climate Agreement was deemed a great step forward at the time, but the language was hard fought and much diluted.

Delegates agreed to reduce greenhouse gasses and increase renewable types of energy such as wind and solar and they agreed to keep any increase in global temperatures "well below" 2 degrees Celsius and try to limit it to 1.5 degrees Celsius.

But the net-zero targets attached to actual dates constitute a very different challenge and commitment, something the UK government is keen to shepherd into international ratification.

The prospects for this next meeting, the 26th of its kind, have been boosted by the renewed engagement of the U.S., with Senator John Kerry, a veteran of the Paris talks, leading its team.

"Unlike many issues the Council deals with, this is one we know exactly how to address," said Johnson. "By helping vulnerable countries adapt to climate change and cutting global emissions to net zero, we will protect not only the bountiful biodiversity of our planet, but its prosperity and security."

The impacts of climate change are already being felt around the world, with the effects of rising temperatures and extreme weather forcing population movements and creating competition over increasingly scarce natural resources. Of the 20 countries ranked most vulnerable to rising global temperatures, 12 are already in conflict.