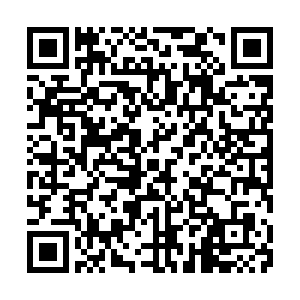 Three central pillars of the European Union's "open, sustainable and assertive" new trade strategy, which was unveiled on Thursday.

It sets a course for the bloc's economic priorities over the next decade, touting a bold internationalist agenda, that appears deliberately timed to coincide with a new outward looking, globally minded White House – and the recent appointment of Ngozi Okonjo-Iweala as the new head of the World Trade Organization.

President Joe Biden has already brought the U.S. back to the 2015 Paris Climate Agreement. Now, the EU is calling for all G20 countries to commit to climate neutrality as soon as possible. And it says it's going to use trade as a means to push that agenda.

Reforming the World Trade Organization is at the heart of the EU's new roadmap. It wants to incorporate green action into trade deals – with the liberalization of trade in green goods and services, plus agreements to reduce fossil fuel subsidies. European Commissioner for An Economy that Works for the People, Valdis Dombrovskis, at an online news conference in Brussels, February 18, 2021. /Francisco Seco/Pool via Reuters

European Commissioner for An Economy that Works for the People, Valdis Dombrovskis, at an online news conference in Brussels, February 18, 2021. /Francisco Seco/Pool via Reuters

"Trade policy must play its full role in the green and digital future of the EU and global economy," said European Trade Commissioner Valdis Dombrovskis, at a news conference on Thursday.

"This includes trade and climate initiatives at the WTO, seeking agreement on climate neutrality on our trade and investment deals with the G20 countries, making full use of our trade deals to accelerate cooperation on climate action, biodiversity and sustainable food systems. Future deals will include Paris climate commitments as essential elements"

David Henig, the UK director of the European Centre for International Political Economy, told CGTN Europe that methods of enforcing and promoting green trade policies will be complex, but are likely to include a "carbon border adjustment mechanism."

He said that would mean imports being "considered in the same way as EU production, in terms of the amount of carbon they emit or that they're responsible for. And there should be some kind of mechanism for ensuring this at the border."

Henig added: "There's a lot more optimism around that President Biden will want to help get things moving in the WTO. There's a new director-general … and she'll be part of this as well. But there are no simple solutions to this."

The 27-nation bloc's executive body also says it will propose a set of WTO reforms focusing on sustainable development, which will include gender and labor rights. The EU will work harder to exclude products linked to forced labor from value chains at companies in its member states.

It will call for the removal of "unjustified" trade barriers in the digital economy to reap the benefits of digital technologies in trade. And it will launch negotiations on new rules to avoid distortions to trade from state-owned enterprises.

"[The] global rulebook is outdated. It no longer guarantees a level playing field," Dombrovskis said. "It does not respond to the sustainability and digital challenges. Accordingly, we have published a detailed EU agenda for reform of the WTO. Of course, it is only by developing a strong coalition with our partners that we will succeed. With a new administration in Washington and with the confirmation of Dr Ngozi Okonjo-Iweala as director-general of the WTO, we believe we can create new momentum for positive change."

The EU will push for a "strong environmental agenda" at the WTO, with trade liberalization for green goods and services, plus agreements to reduce fossil fuel subsidies. REUTERS/Peter Cziborra

The EU will push for a "strong environmental agenda" at the WTO, with trade liberalization for green goods and services, plus agreements to reduce fossil fuel subsidies. REUTERS/Peter Cziborra

The EU says it will adopt a tougher, more assertive approach towards implementation and enforcement of its trade agreements. It hopes to work with the new U.S. administration to address a crisis of confidence in the WTO, where settlement of trade conflicts and negotiations are deadlocked. As such, the European Commission will aim to restore the WTO's Appellate Body, a binding dispute-settlement system that was paralyzed by the Trump administration.

The bloc says its new trade strategy is based on a "wide and inclusive public consultation, including more than 400 submissions by a wide range of stakeholders, public events in almost every member state, and close engagement with the European Parliament, EU governments, businesses, civil society and the public."

EU officials say reform of global commerce rules will require a lot of "alliance building." They're hoping for an early signal from the U.S that it wishes to enter negotiations on the proposed reforms.