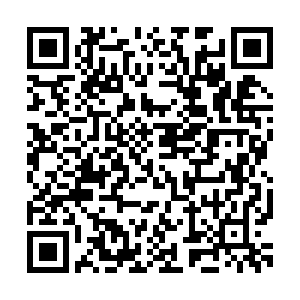 Automotive giant Ford has announced $1 billion plans to make all its passenger vehicles sold in Europe electric by 2030.

A company statement said that "by mid-2026, 100 percent of Ford's passenger vehicle range in Europe will be zero-emissions capable, all-electric or plug-in hybrid and will be completely all-electric by 2030."

The ambitious plan comes as doubts continue to be expressed about much of Europe's ability to "go electric," as the continent gears up to meet carbon emission reduction targets set out in the 2015 Paris Climate Agreement.

What does the Ford plan involve?

How are other European auto manufacturers faring?

The BMW Group produces 13 electrified models, accounting for 15 percent of its 2020 sales in Europe.

German manufacturer Volkswagen launched nine new electric and plug-in hybrid models in 2020 and said CO2 emissions from its passenger-car fleet had decreased by 20 percent over the year.

Renault's Zoe was the best-selling electric car in Europe in 2020. Second was the Tesla Model 3, followed by Volkswagen's ID.3.

Cumulative sales of light-duty plug-in electric vehicles in Europe doubled from 1 million to 2 million in the 2018-2020 period, according to a report by Mobilité Électrique de France (the National Association for the Development of Electric Mobility) in June 2020.

Car industry analysts Jato Dynamics said electrified vehicles made up 12 percent of all cars sold across Europe in 2020.

Last December, the Netherlands reported a total of 297,380 plug-in electric vehicles on Dutch roads, the second largest plug-in market concentration per capita in the world. Norway has the largest usage, with electric cars making up 74.7 percent of new car registrations last year.

LeasePlan's EV Readiness Index 2020 – an analysis of sales across 22 European countries – showed Slovakia, Poland and Romania to have the lowest proportion of electric vehicles.

Several countries, including France and Slovenia, have set out end dates for the sale of new fossil-fuel cars.

There are 200,000 electric vehicle charging points across Europe, well below the 3 million the EU says are needed. /Getty Images

There are 200,000 electric vehicle charging points across Europe, well below the 3 million the EU says are needed. /Getty Images

What is the EU's position on electric vehicles?

The EU aims to have at least 30 million zero-emissions vehicles on its roads by 2030 and is set to propose tighter CO2 emissions standards for cars and vans from 2025.

The European Commission has highlighted the importance of electric vehicles in its green finance taxonomy, saying only cars that emit no CO2 will be counted as a "sustainable" investment from 2026.

What are the difficulties in reaching this target?

The EU estimates Europe will need 3 million public charging points and 1,000 hydrogen refueling stations by 2030. Yet the EU currently only has about 200,000 charging points.

At least 90 percent of hydrogen currently comes from fossil fuel and renewable capacity needs to be built up to ensure zero-emissions, clean hydrogen. Powering vehicles with "e-fuels" will require the construction of enormous offshore wind-farms.

In addition, hybrids are not zero-emission vehicles, as they run partially on petrol or diesel.