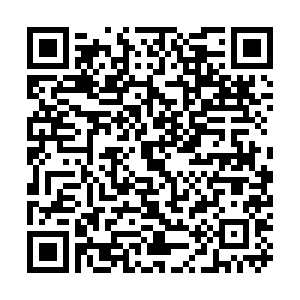 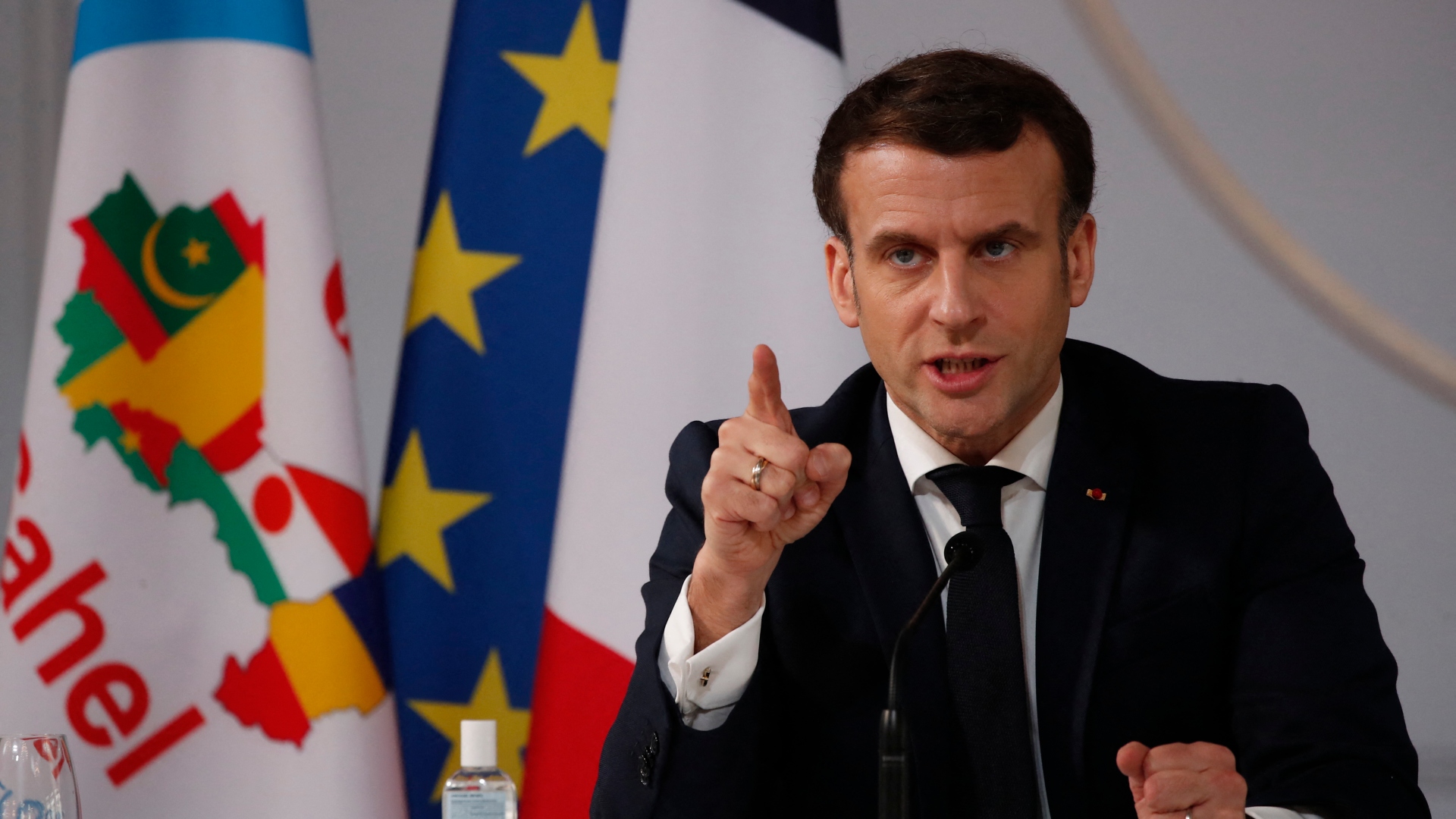 France's President Emmanuel Macron has called for more funding in the fight against armed groups in the Sahel region of West Africa.

Speaking at a summit of French and West African heads of state, he said: "We have implemented the G5 Sahel force, we have implemented a trust fund and we have identified the need of $48 million per year in order to make this force operable."

He added: "Now we must continue to solicit all our international partners to give some visibility to our joint forces and get the financing over the long term," he added.

Macron spoke on day two of a meeting of African and European leaders in Chad, although he joined the summit taking place in the capital N'Djamena by video link from Paris.

The French president had been expected to outline a possible timeline for a reduction in France's military presence in the region but by the end of the meeting he had not made a firm commitment.

Last year, France deployed an extra 600 military personnel in the region, but Macron said: "It would be paradoxical to weaken our deployment at a time when we have a political and military alignment that enables us to reach our goals."

In total, there are 5,100 French troops in the G5 region, along with combat jets, helicopters and armored personnel carriers.

The G5 nations are Mauritania, Mali, Burkina Faso, Niger and Chad – countries with large portions of their territory across the vast tracts of scrub and desert in the southern Sahara region. 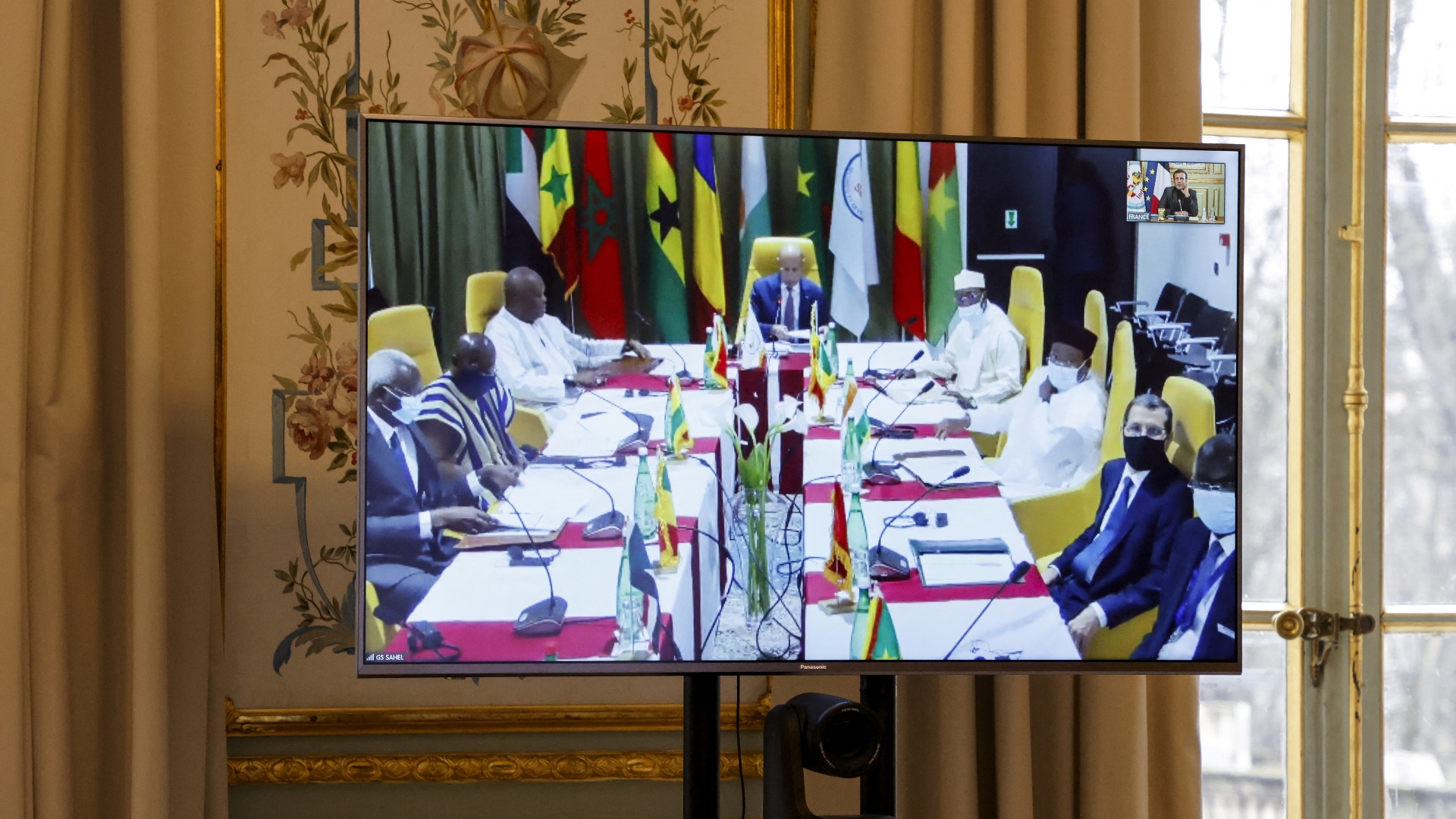 France's president joined the two-day summit in N'Djamena via video-conference from the Elysee Presidential Palace in Paris. /Ludovic Marin/Pool/AFP

France's president joined the two-day summit in N'Djamena via video-conference from the Elysee Presidential Palace in Paris. /Ludovic Marin/Pool/AFP

The area is loosely governed and armed groups affiliated to al-Qaeda and the so-called Islamic State (ISIL) have been carrying out attacks in the region since Islamist fighters in the Sahel first emerged in northern Mali in 2012.

Thousands of people have been killed and more than 2 million displaced due to the fighting.

Chad's president did confirm at the summit that he will send an extra 1,200 troops to the tri-border region between Mali, Niger and Burkina Faso.

The heads of state also welcomed an agreement on forming a 'Secretariat of the Coalition for the Sahel,' a political forum that would allow for high-level dialogue and legal advocacy, with a focus on better governance and community-led efforts in the affected countries.

But Macron is facing growing discontent at home over the campaign, known as Operation Barkhane, which costs Paris more than a billion dollars a year.

More than 50 French soldiers have died in the past eight years in the Sahel region and an IFOP poll from last month showed a majority of the French public does not want a continuation of the country's military engagement in the region.