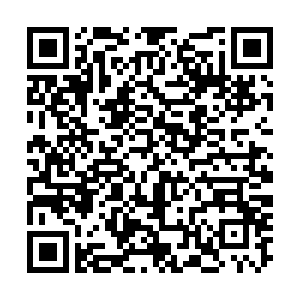 • The Dutch curfew remained in place on Tuesday night after an appeals court insisted it stay in place pending a legal hearing later this week. Earlier, a lower court had ruled the curfew illegal – a decision the government will appeal on Friday.

• Two COVID-19 variants have combined their genomes to form a heavily mutated hybrid version of the virus. The New Scientist reports the variant combines the highly transmissible UK-discovered B.1.1.7 variant and the California-discovered B.1.429 variant, which carries a mutation making it resistant to some antibodies.

• Slovakia will ask other EU members for medical staff to help with its surge in cases, the Health Ministry said on Wednesday, after the country overtook Portugal to suffer the world's highest per-capita death rate.

• Hungary's surgeon general said on Wednesday the time has not yet come to lift restrictions, saying wastewater samples show the spread of the virus variant first discovered in the UK.

• Switzerland plans to make its first "cautious steps" towards ending its lockdown next month, the government said on Wednesday, with proposals to reopen shops, museums and libraries from March 1.

• Spain's next phase of inoculation will administer the Oxford University-AstraZeneca vaccine to all people aged 45 to 55 – moving on from the current cohort of people in that age bracket who are daycare workers, physiotherapists, police officers, firefighters and teachers.

• European Commission President Ursula von der Leyen questioned on Wednesday why Russia is offering its Sputnik V vaccine to other countries when its own population still needs to be inoculated.

• Von der Leyen also said the EU wants its vaccine contracts to include flexibility for future virus variants. The EU has reached a deal with Moderna for the supply of 150 million additional doses this year, nearly doubling the number of shots secured from the U.S. biotech firm for 2021.

• Pfizer has not yet delivered to the EU about 10 million vaccine doses due in December, EU officials said, leaving it about one-third short of the supplies it had expected by now from the U.S. company.

• France has now given jabs to three out of four people in nursing homes for the elderly, its top priority, said government spokesman Gabriel Attal.

• Germany is set to speed up its vaccination program, but even with declining case numbers, the rapid spread of more infectious variants of the coronavirus means nobody should drop their guard, Health Minister Jens Spahn said on Wednesday.

• Ukraine will prolong a lockdown until the end of April but will allow regions with fewer cases to ease restrictions, Prime Minister Denys Shmyhal said on Wednesday. Regions will be put into green, yellow, orange and red zones depending on the scale of new infections.

• All English soccer Premier League fixtures will continue to be broadcast on live TV in the UK until fans are allowed to return to stadiums, the league announced on Wednesday. 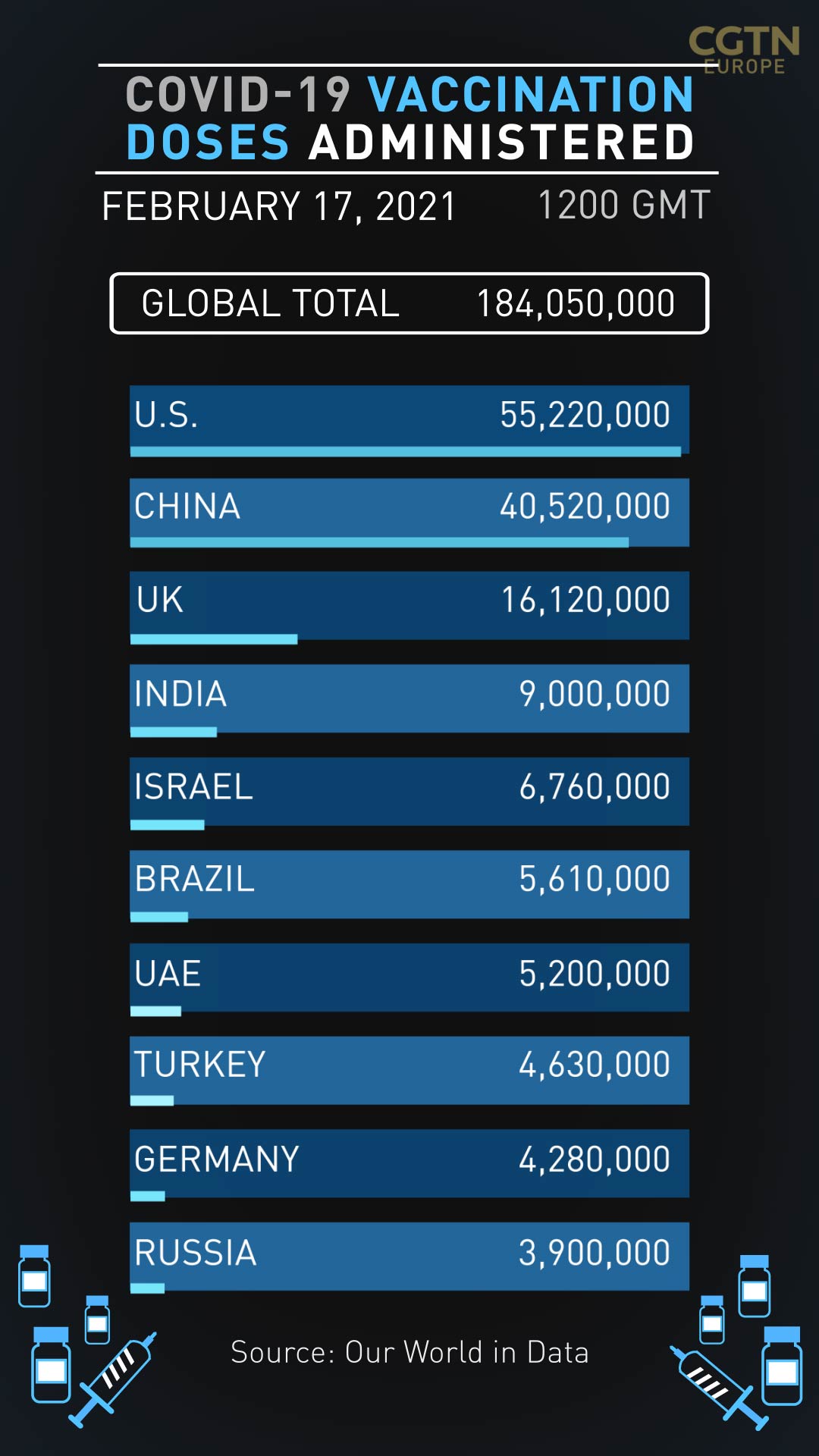 Each government must take care of the health of its citizens. It is not illegitimate to seek solutions outside the European Union
-  Vili Beros, Croatia's health minister

To lift or not to lift? That was the question on Tuesday about the curfew in The Netherlands. After a roller-coaster day in court, the 9 p.m. curfew was finally maintained. In the morning, a judge in The Hague ruled that the government had to withdraw it immediately because it had abused an emergency law.

On Tuesday evening, the Court of Appeal in The Hague suspended that decision until at least Friday, when an appeal is heard in the case. In the meantime, the government drew up an emergency bill that was signed by the King on Tuesday night. Parliament now has to vote on the bill, but a majority is uncertain, leaving the Dutch curfew in legal limbo.

The Caribbean part of the Netherlands received the first vaccines on Tuesday via a special flight from Amsterdam to Bonaire and Curacao. On Monday, the six islands start their campaigns by vaccinating care workers, followed by people aged over 60.

In the past seven days, the National Health Authority registered 25,229 new positive cases, similar to the 24,668 positive tests of the week before. However, the numbers are slightly unreliable, since the extreme wintry weather prevented people from going to the testing locations.

The president will chair another Health Defense Council meeting with senior ministers on Wednesday, but no new restrictions are expected in France before the school winter holidays end in late February. Summing up the government's attitude, a government adviser said: "Let's give the French a bit of air."

The numbers of COVID-19 patients in French hospitals (around 26,000) and in intensive care (around 3,300) have both reduced slightly during February, with new daily cases also dropping to around 18,000. However, three major mutations are still proliferating across the country, with the UK-identified variant accounting for a quarter of new cases.

Ministers and their scientific advisers are debating whether vaccinations and treatments will allow society to live with the virus, rather than eradicate it. Prime Minister Boris Johnson will reveal his plans on Monday, February 22.

One potential policy in England is a surge in testing. Hundreds of thousands of rapid lateral flow tests would be sent to homes and workplaces to check symptom-free people, attempting to identify coronavirus clusters before they spread.

New tests are assessing how effective the Oxford University-AstraZeneca vaccine is on children, with around 300 volunteers aged between six and 17. While children can catch and spread coronavirus they are unlikely to become severely ill, but researchers say this trial is needed to find out whether some young people might benefit from being vaccinated. 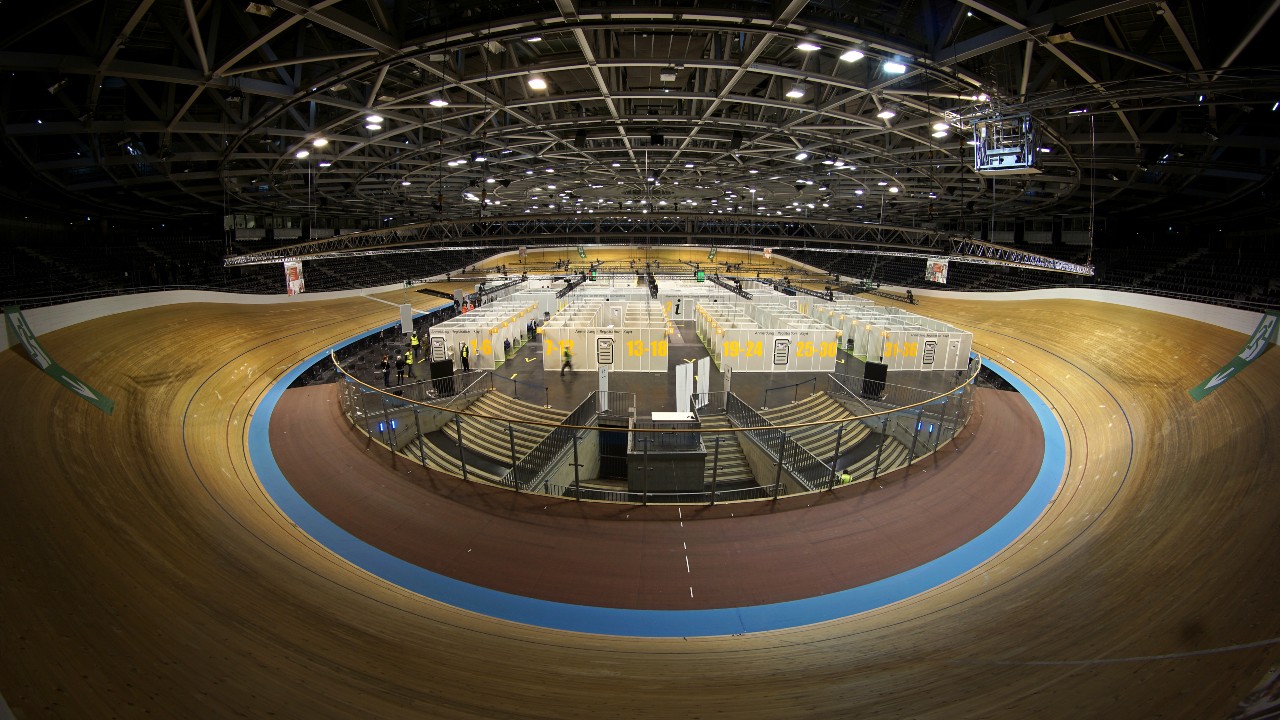 Slovakia now has the world's highest per capita COVID-19 death rate, overtaking Portugal. The seven-day average of daily deaths reached 1.78 per 100,000 on Monday, according to figures from Johns Hopkins University. The government largely blames the variant first identified in the UK – health authorities sequenced all positive tests on one day and found 74 percent were of that mutation.

In all, 6,063 people have died with COVID-19 in Slovakia since the start of the pandemic. The government is preparing to tighten travel restrictions in an effort to slow the spread.

Dogged by weeks of bruising headlines over its bungled vaccine strategy, the European Union will on Wednesday release its new plan to fight the mutant strains that threaten to derail the bloc's exit from the pandemic. Reports suggest the plan includes $180 million for research and data exchange, with an additional $90 million to fund specialized tests to detect the variants.

Brussels will also pledge to ramp up production in Europe and accelerate the vaccine authorization process. Last week, Commission President Ursula von der Leyen admitted that Europe was not where it wanted to be in its vaccine program. She said vaccine authorization took too long, that Brussels was "too optimistic" about mass production and it was "too confident" that pharmaceutical companies would deliver on time.

A technical glitch has forced Belgium's largest vaccination center to close, just one day after it opened. The problem lies with the federal registration system – according to Brussels' minister of health, the emails, text messages and paper invitations needed to access the center got "stuck in the machine." The software glitch also affected vaccination centers in West Flanders. The problem is expected to be resolved by Thursday.

Meanwhile, all of Belgium's COVID-19 indicators continue to fall. New daily infections averaged 1,786 in the past week, a 20 percent decline, while hospitalizations are also down sharply, to 118 admissions on average.