Download
Why Joe Biden won't be a unilateralist, but will put his country first
The Agenda 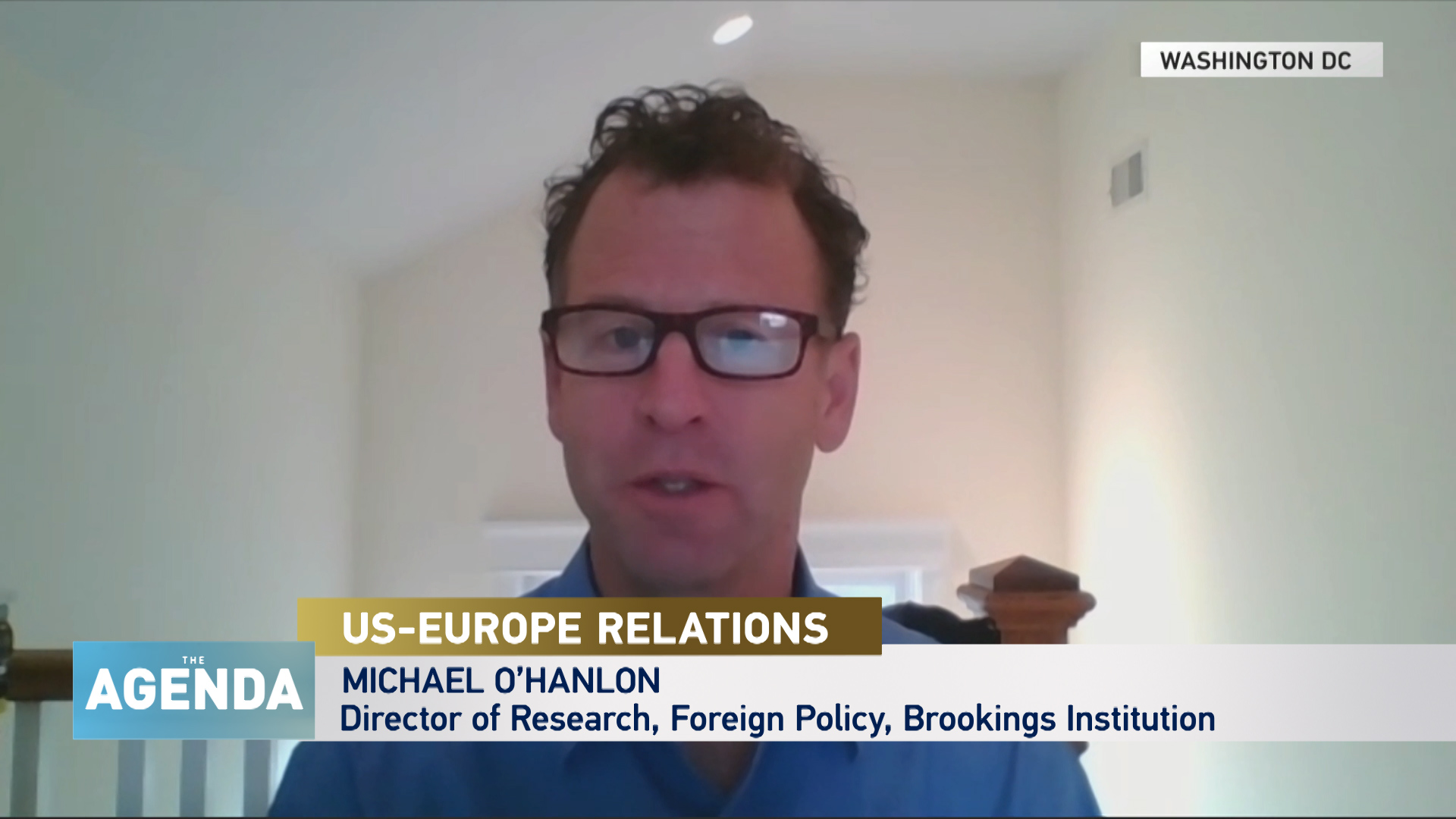 President Biden has made it clear that he wants to focus on domestic issues in his first 100 days in office. So where does that leave relations with Europe, and, indeed, the rest of the world?

Well, as Michael O'Hanlon – director of research at the Brookings Institution's Foreign Policy program – tells The Agenda with Stephen Cole, he doesn't have much of a choice.

"Every American president has to put America first – that's true for any leader of any country anywhere on earth," he says. "But Joe Biden isn't going to be a unilateralist. He will have an eye on global economic recovery, global sharing of vaccine capability and so on around the world, not just in the United States."

As for the UK, he says critics seem to be making too much of Biden's apparently anti-Brexit stance: "The United States and the UK had a strong relationship before the words European Union were even uttered. And there's no reason to think that relationship will weaken."

O'Hanlon agrees there is plenty of scope and hope for the new president to work closely with his European allies in his approach to NATO, and to relations with Russia, Iran and China.

But on the much heralded subject of climate change, at least on this side of the Atlantic, and Biden's promise to re-join the Paris Climate agreement, there could be reason for some skepticism.

"Just joining Paris, that's not really enough," says O'Hanlon. "Biden's going to have to decide whether to do something more serious this year, or just be content with the symbolic re-joining of the accord."