Download
U.S.-Europe relations – The Agenda with Stephen Cole
The Agenda 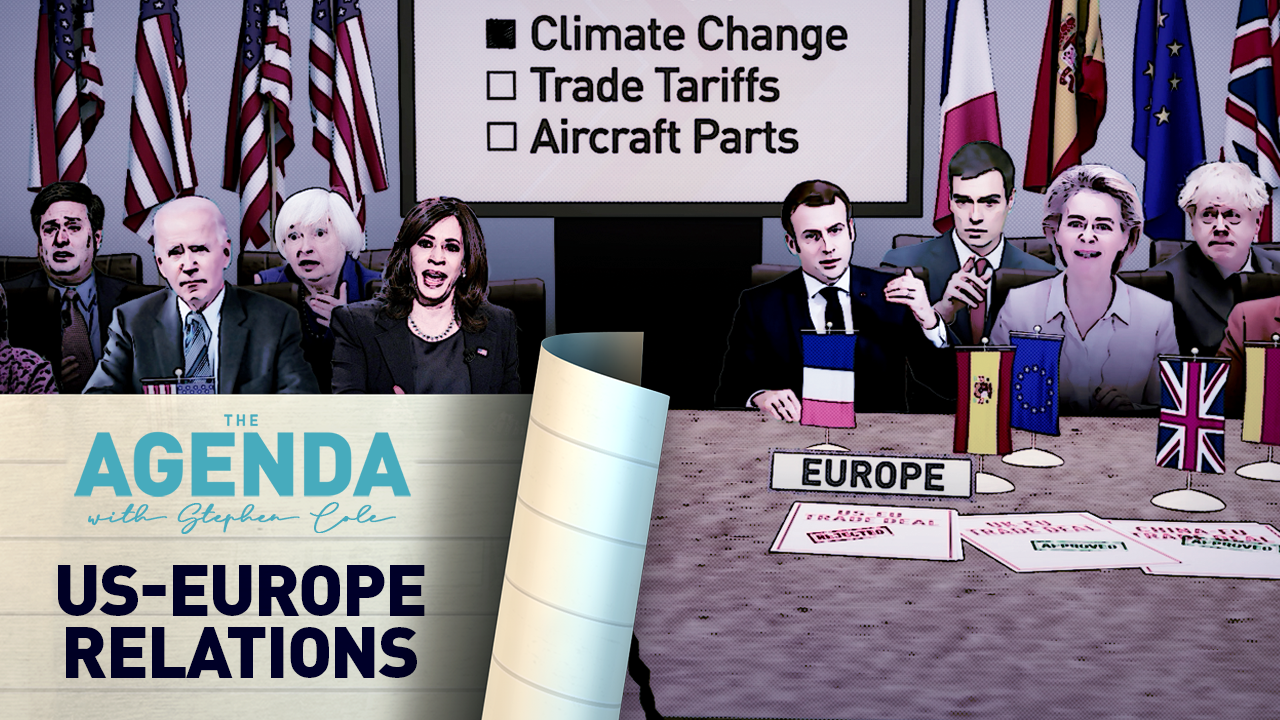 Europe's relations with the United States over the last four years have been fractious, to say the least. While America remained Europe's most important global partner under Donald Trump, there were major divisions over everything from trade tariffs to climate change, from how best to tackle the covid pandemic to the role of NATO.

But just because there's a new man in the White House, does that mean all wounds are healed, and that both sides are ready to work together to create a new world order? Or will Europe, now it's had a taste of true transatlantic independence, be ready to tread its own path going forward?

On this edition of The Agenda, Stephen Cole speaks to experts on both sides of the ocean to find out how they see relations between the U.S. and the EU, as well as a post-Brexit UK, developing under President Biden.

First, he talks trade with Allie Renison, Head of Europe and Trade Policy, Institute of Directors and Lorenzo Codogno, Former Chief Economist, Italian Treasury, who warn that while the style of the Biden White House may be very different from that under Trump, the substance may not actually be that different when it comes to dealing with Europe.

And then Stephen gets the view from Washington DC from Michael E O'Hanlon, Director of Research, Foreign Policy, Brookings Institution, as they discuss the future of European defence and NATO, dealing with Russia and President Putin, Iran and climate change, and whether there's a real chance for a new approach to multilateralism under the new U.S. administration.