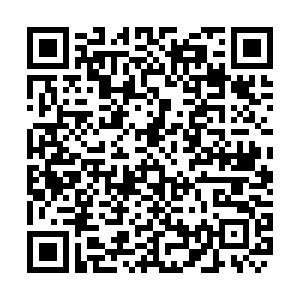 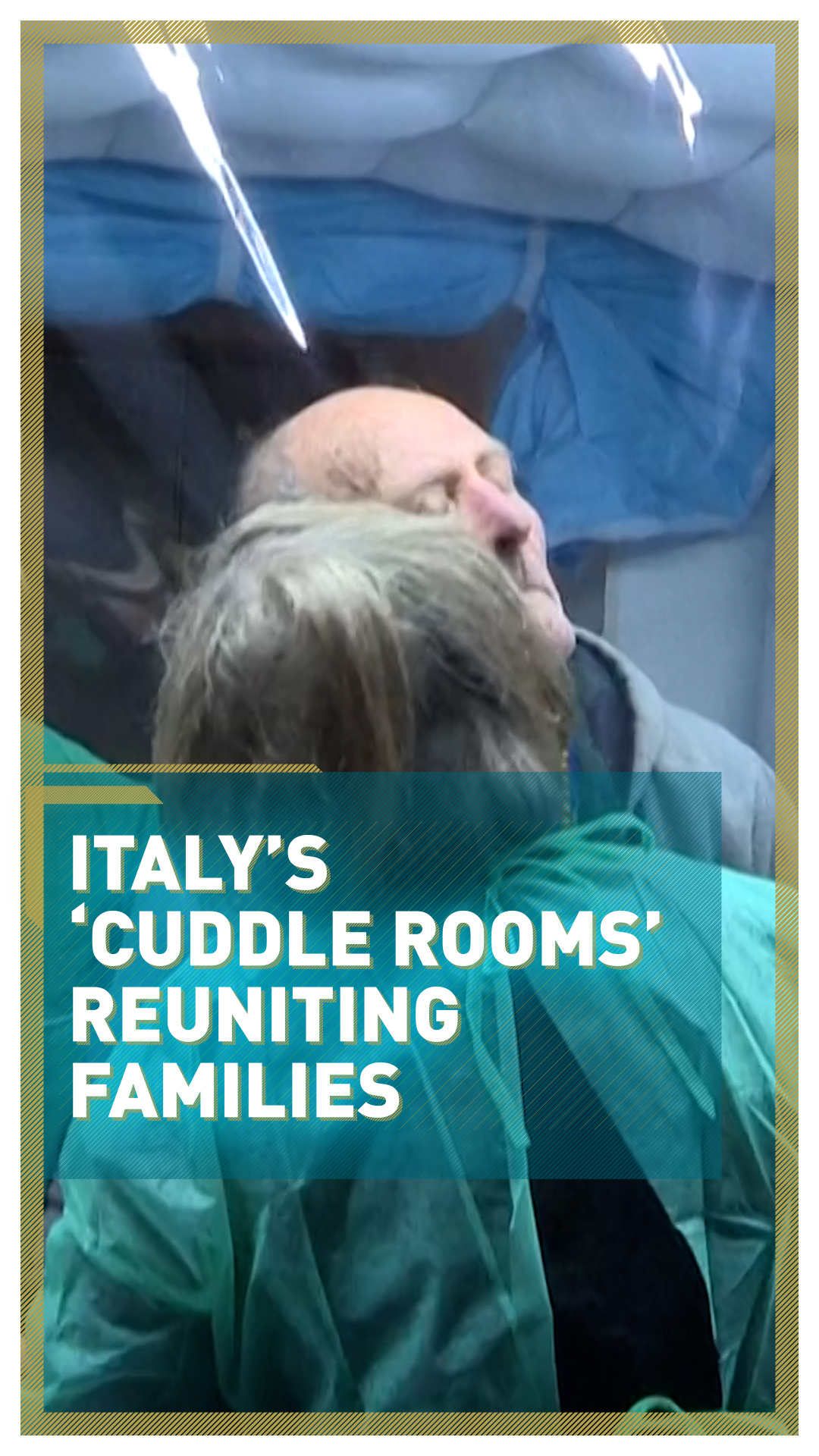 Residents of several retirement homes in Italy have finally been able to hug their loved ones for the first time in months after owners invested in a mobile "cuddle room."

Families across the world have been separated from each other for almost a year after governments implemented measures preventing people from different households visiting each other.

But the cuddle room has allowed some of those families to experience the simple pleasure of a hug or holding hands. The inflatable room was launched in December and has so far been used in four care homes across the province of Avellino, southern Italy.

The room is regularly sanitized and requires the visitor to wear protective clothing in a bid to prevent any spread of the virus within the home.

The resident and family member are separated by a plastic sheet in the room, but that hasn't stopped people from hugging, kissing and even holding hands.

The Montefalcione retirement home is one of the locations where the cuddle room has been used since its launch.

The manager of the home, Saveria Sordillo said: "For sure, this room brings out very strong emotions and is also a new hope for the future because it looks like the beginning of some kind of normality. Contact, which until now no longer existed, is beginning to exist again and so someone who perhaps had resigned himself to no longer being able to hug their family, now they are allowed to hope." 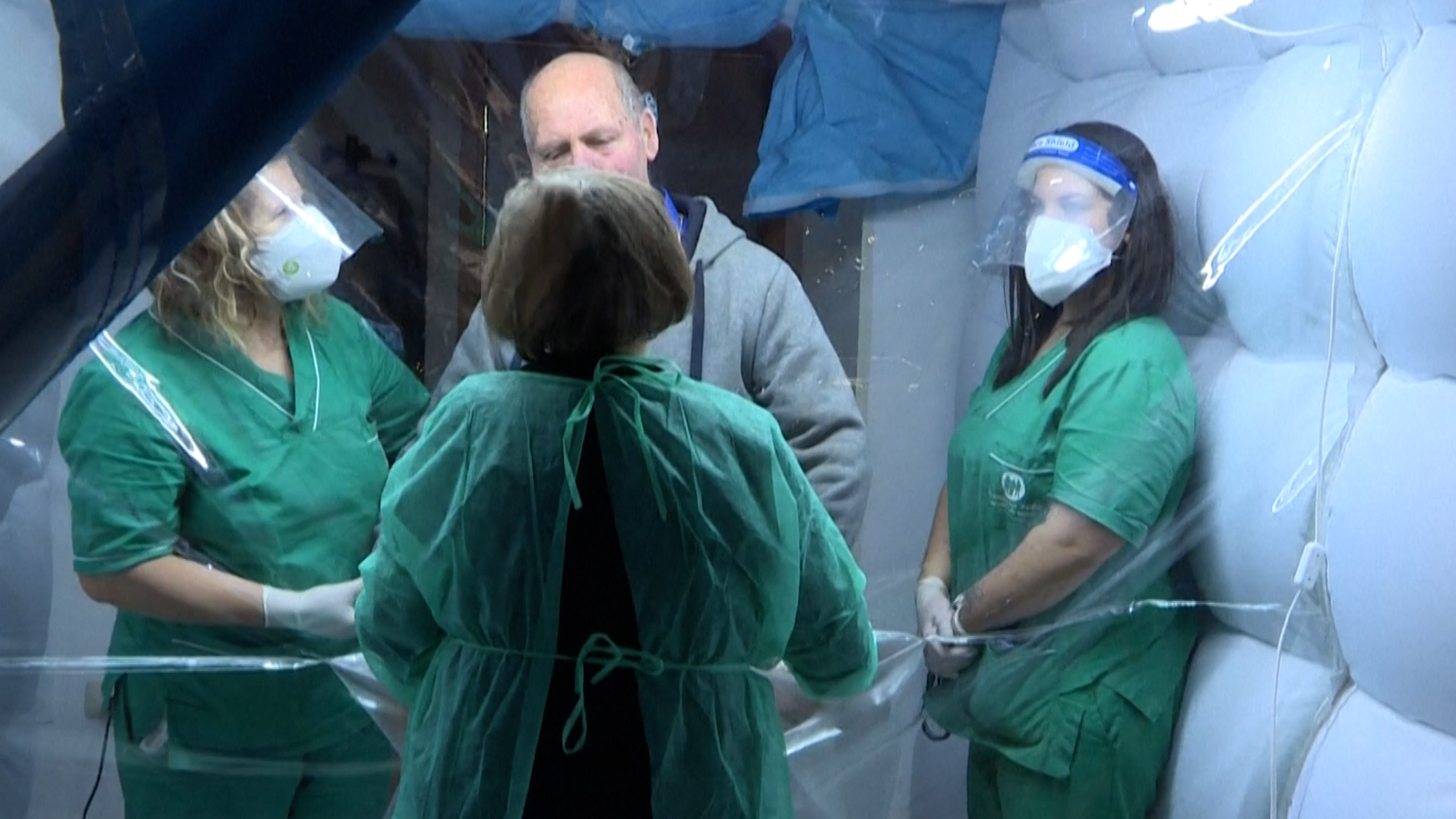 The cuddle room has so far been used in four care homes across the province of Avellino, southern Italy. /AFP

The cuddle room has so far been used in four care homes across the province of Avellino, southern Italy. /AFP

The room was organized by a local consortium that specializes in social services.

"We didn't want retirement homes to be deprived of this cuddle room," said Carmine De Blasio, the consortium's director.

"Older people already live far from home when they are in these old people's homes, far from their families, and so they already carry within them a large dose of sadness and nostalgia. Then, on top of that, they have this heavy atmosphere, this tension linked to COVID-19, which has created a real anguish in them," she added.

The cuddle room has been greeted with positivity by residents and visitors at the Montefalcione home.

Moreno Magliaro, a resident of home, said: "It was a moment of joy, very moving, a moment of intense joy. I would never have imagined that she could have come to see me, to give me this extraordinary, fabulous visit."

The moment was equally special for Magliaro's friend, Assunta Testa, who said: "To feel his warm hands in mine. It was wonderful."