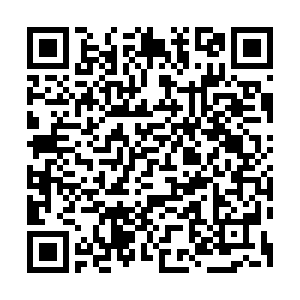 • Restrictions in Moscow have been extended for a further week amid a rising number of hospitalizations, the city's mayor Sergei Sobyanin said.

•  More than 30 inmates have tested positive in a prison in Palermo, Italy sparking rows that prisons across the country are overcrowded.

• The UK has banned arrivals into the country from 16 nations including Brazil, Argentina, Chile and Portugal amid concern over a new variant of the virus first discovered in Brazil, transport secretary Grant Shapps said. The ban will be implemented from 4 a.m. on Friday.

• COVID-19 cases worldwide have topped 92 million, according to data from the Johns Hopkins University.

• A group of World Health Organization scientists arrived in Wuhan on Thursday as the team begins its research into the potential source of the virus.

• The head of Germany's public health agency, Lothar Wieler, has said the country will have the pandemic under control by the end of the year when enough jabs will be available to vaccinate its entire population.

• A study carried out by Public Health England suggests people who recover from the virus have a similar level of protection against infection than someone who has had the vaccine, for at least the first five months.

• Portugal's Prime Minister Antonio Costa has announced the country will enter a nationwide lockdown from Friday amid a surge in cases. All non-essential businesses will be forced to close, but supermarkets, petrol stations and banks are to remain open.

• Spain has recorded a further 38,869 new cases in the past 24 hours, the country's highest daily total reported since the start of the pandemic.

• The French city of Saint-Etienne has begun a mass screening campaign on its citizens, with the region's mayor Gael Perdriau calling for residents to attend in order to "limit as much as possible a third wave."

• Former world number one tennis player Andy Murray has tested positive for the virus, hours before he was set to fly out to Melbourne to compete at the Australian Open. The test result leaves his participation in the tournament in doubt as he begins a period of self-isolation.

The UK has banned arrivals into the country from 16 nations amid concern over a new variant of the virus first discovered in Brazil, transport secretary Grant Shapps said.

The ban, which includes Brazil, Uruguay, Argentina and Portugal, will be implemented from 4 a.m. on Friday, Shapps said on Twitter.

Elsehwhere UK research suggests most people who get and survive COVID-19 get at least five months' personal immunity – although they can still infect others if they catch it again.

UK vaccinations are now running easily at 200,000 a day and, according to ministers, who say the rate is heading for double that – three million a week – by the start of February. The government's chief scientific advisor has suggested that in some parts of the country case numbers are starting to flatten.

One newspaper reports today that almost one in every 660 people in the UK has died from COVID-19 or related causes since the start of the pandemic.

Belgium has identified its first case of the variant first discovered in South Africa. The patient was from West-Flanders and has since died, according to the Belga news agency.

Belgian virologist Marc Van Ranst said the patient had not traveled abroad, confirming that the two strains of the more transmissible form of coronavirus are in circulation in Belgium. On Wednesday, eight new cases of the variant first noted in Britain were discovered in Belgium, according to Van Ranst.

Meanwhile Belgium's overall number of COVID-19 cases has surpassed 670,000. In the past week, new infections have surged 30 percent, largely blamed on returning holidaymakers. 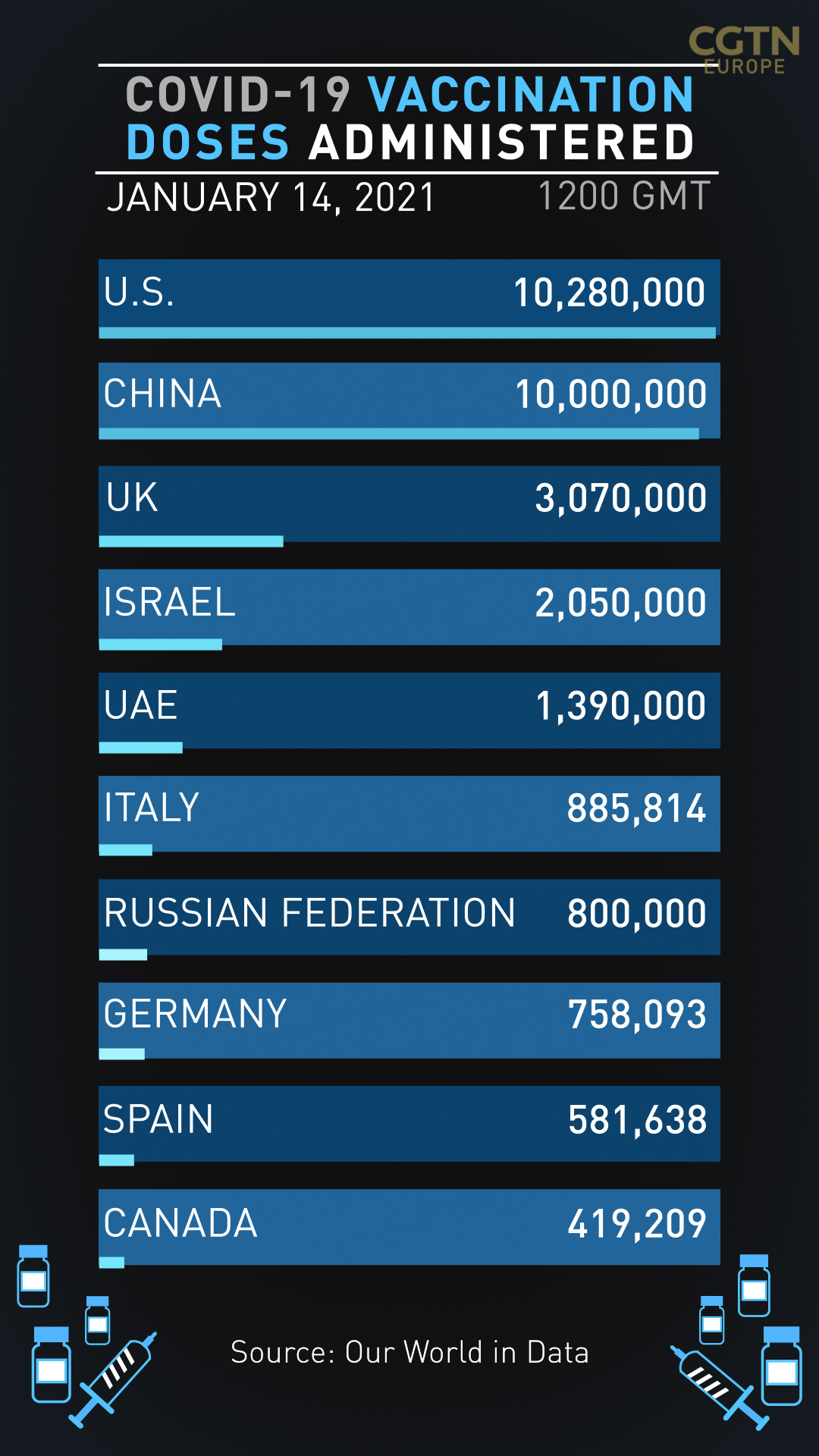 Hungary has now suffered more than 11,000 COVID-19 fatalities. On Thursday 118 people died from the disease, raising the total number of deaths to 11,066, according to government data. Health authorities say the majority of the deaths were elderly, chronic patients. There were also 1,926 new infections, increasing the number of confirmed cases in Hungary to 347,636.

This comes just a day after health authorities warned Hungary has detected a new variant of the coronavirus, similar to the one found in the UK.

This week Hungary received two extra shipments of the Pfizer-BioNTech and Moderna vaccines, which will allow 51,000 people to be vaccinated, the Ministry of Health says.

In Hungary a total of 96,101 people have already received the vaccine since the country started its coronavirus vaccination plan on December 26.

Castex is expected to discuss the idea of extending the hours of the nationwide curfew. It currently runs from 8 p.m. to 6 a.m. in most of the country and from 6 p.m. to 6 a.m. in some regions. One government source told French media that ministers wanted to rectify this disjointed situation "to avoid having a two-speed France."

He is set to outline some new measures to try to control the numbers of new infections, admissions to intensive care and the spread of the COVID-19 variant first identified in the UK. As well as an extension of the curfew, the closure of schools is another idea on the table.

The government is not expected to give a fixed date for the reopening of bars, restaurants, theaters or sports halls until next week at the earliest. 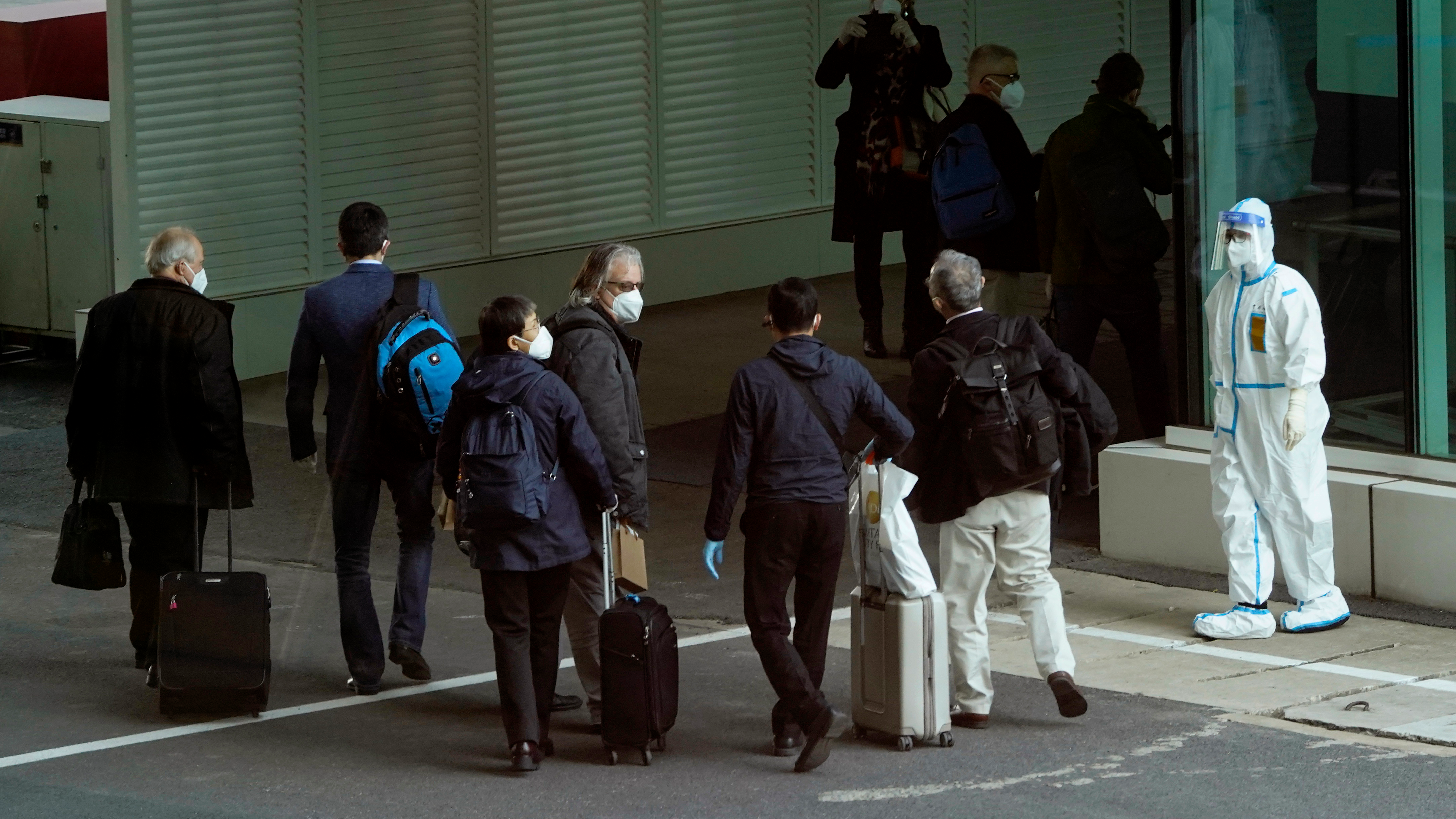 A group of World Health Organization scientists arrived in Wuhan on Thursday as the team begins its research into the potential source of the virus. /AP

A group of World Health Organization scientists arrived in Wuhan on Thursday as the team begins its research into the potential source of the virus. /AP