Download
Why Sweden has abandoned its COVID-19 strategy
Giulia Carbonaro 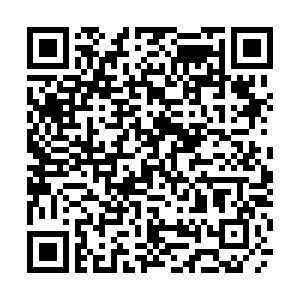 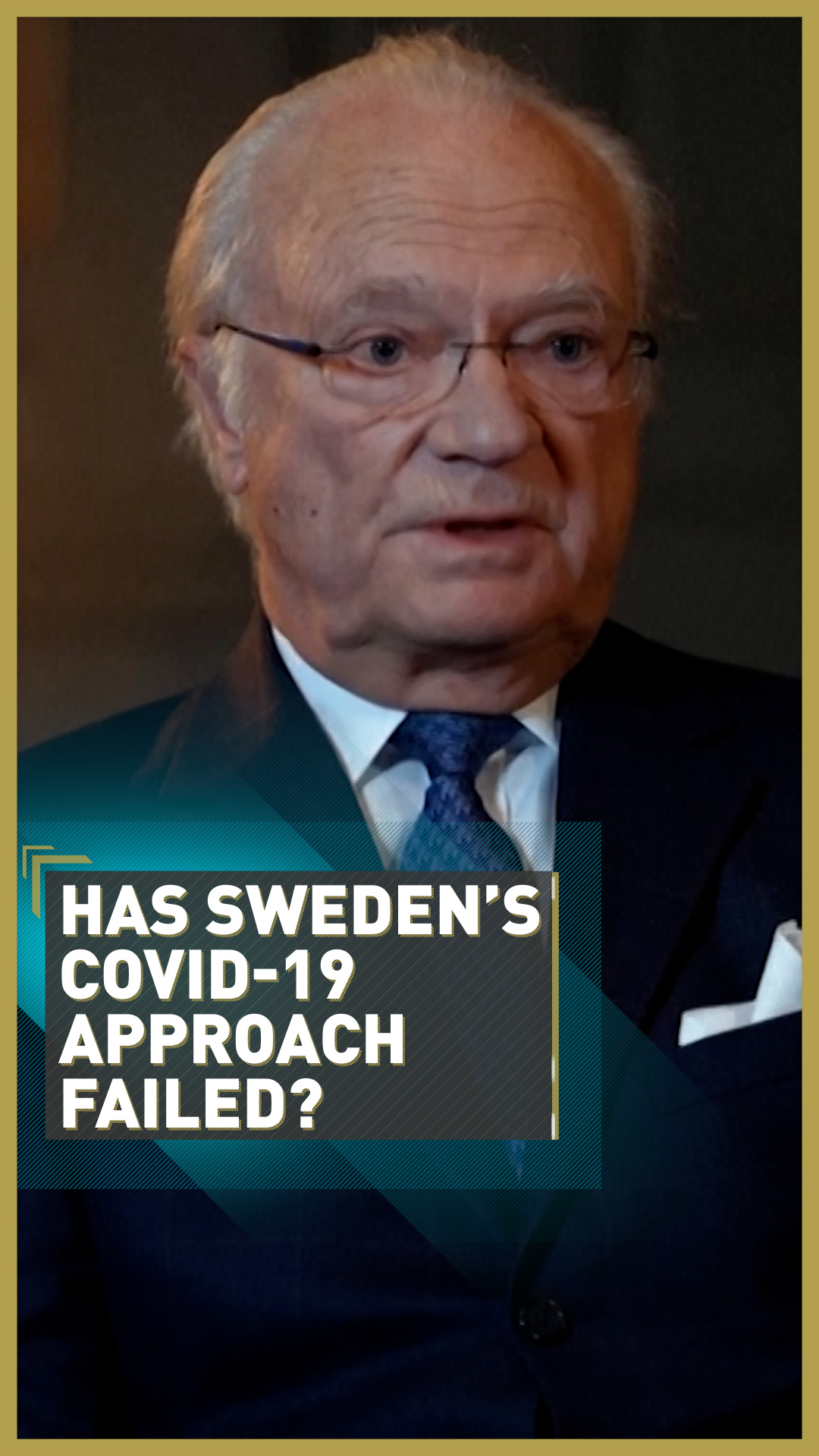 Sweden's contrarian approach to the pandemic, which has distinguished the Scandinavian country from other European countries since March 2020, recently came to an end as the country's parliament passed an emergency law allowing the government to impose a stricter lockdown on its citizens.

It's not an entire U-turn at the moment – people are urged (not forced) to use face masks in crowded places and schools have been given the choice (again, not forced) to suspend physical classes for students above the age of 13.

The restrictions are still more relaxed than for many Europeans, who are already suffering their second or third national lockdown, but it's a significant change for Sweden, which had so far resisted restricting the freedom of its citizens. The government had instead relied on people to voluntarily practice cautious behavior.

Swedes were asked to maintain social distance, wash their hands regularly and work from home where possible – mere recommendations rather than legally enforceable restrictions. Restaurants, bars, shops and gyms have been allowed to remain open, while gatherings were limited to a maximum of 50 people initially and then to a maximum of eight in November, which compares with the rule of six that exists in the UK when not in total lockdown.

Although the Swedish government never said reaching herd immunity was the goal behind its approach to the pandemic, officials expressed their hope that some form of resistance to the virus would have slowed down the spread of the virus and meant an earlier end to the pandemic in the country.

But as cases started rising during fall and winter, Sweden's virus strategy has gradually changed.

Those who are critical of lockdowns to tackle the pandemic in countries such as the UK point to the fact that Sweden has had a lower level of deaths despite its government not imposing such measures.

But it has the highest per capita COVID-19 death rate of all Scandinavian countries. In the last month, Sweden has reported a 30 percent increase in the number of confirmed cases, which jumped from 5,726 to 7,441 and about 2,000 more deaths, according to data collected by Our World in Data.

Amid a steep rise in new cases, it seems many Swedes have lost confidence in the government's response to the pandemic and strategy widely credited to Anders Tegnell, Sweden's top epidemiologist. 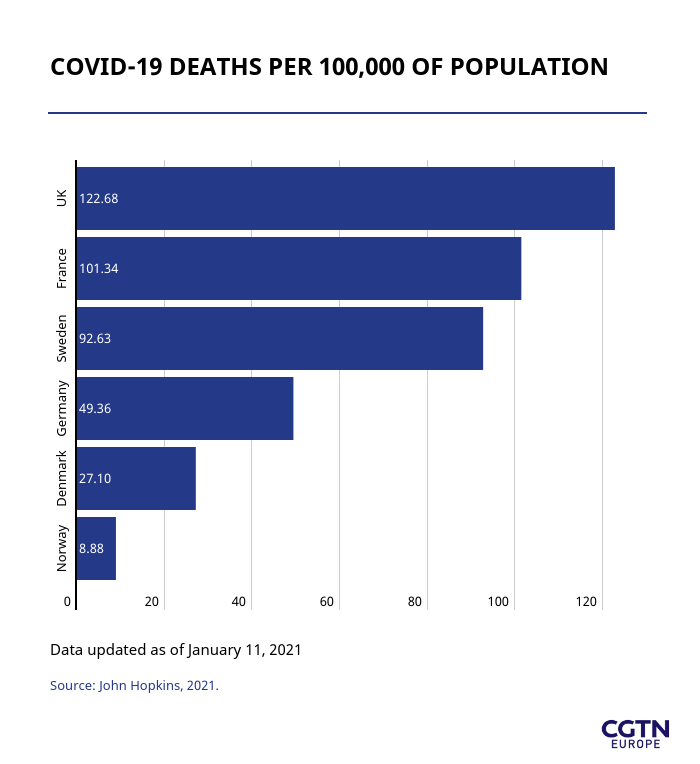 Tegnell never declared he was pursuing a herd immunity strategy, but reportedly claimed Sweden was building up higher levels of immunity than other European countries and in August hoped the country could avoid a second wave in the fall.

However in November, amid rising cases, Tegnell said herd immunity was lower than previously estimated.

"We see no signs of immunity in the population that are slowing down the infection right now," he said in a briefing in November 2020.

Tegnell declared in early January that Sweden was likely to face a third wave of cases after Christmas, as has happened in other European countries.

However, the epidemiologist has defended his approach, saying the situation could not properly be assessed, because immunity is too hard to measure within the population.

He also insists there's no proof of face masks' effectiveness in preventing infection.

Sweden's King Carl XVI Gustaf, on the other side, has been distancing himself from the government's approach to the pandemic, saying during his Christmas speech that the country had "failed" in its handling of the coronavirus crisis.

"It's simply, I think that we have failed," he said. "Many people have died and that is horrible. That is something we can all sympathize with – that we haven't been able to help them and it is very sad, terribly sad."

The World Health Organization's (WHO) Mike Ryan, who last summer suggested the Swedish strategy in fighting COVID-19 could in some ways be a "future model" for societies looking to adapt to a "new normal," was asked by a reporter at the latest WHO press conference, whether his opinion had changed in light of the most recent developments.

He said he stood by his view that the ideal solution was for people to take all necessary measures voluntarily, saying: "I still think we need those kinds of contracts where citizens implement without coercion and without being forced, the kinds of measures that are in the interests of their health, their communities, their families' health."

"And I believe the government of Sweden and its population have made good decisions in moving towards probably stricter measures. Because it has been difficult to sustain those purely voluntary measures at societal levels, which would be true in any country."

Ryan said the Swedish government failed to protect its elderly citizens and its migrant communities properly, as was the case in many countries, but has now "learned those lessons in the first and second waves."

"We would say that Sweden, like all countries, needs to redouble its efforts," he added. 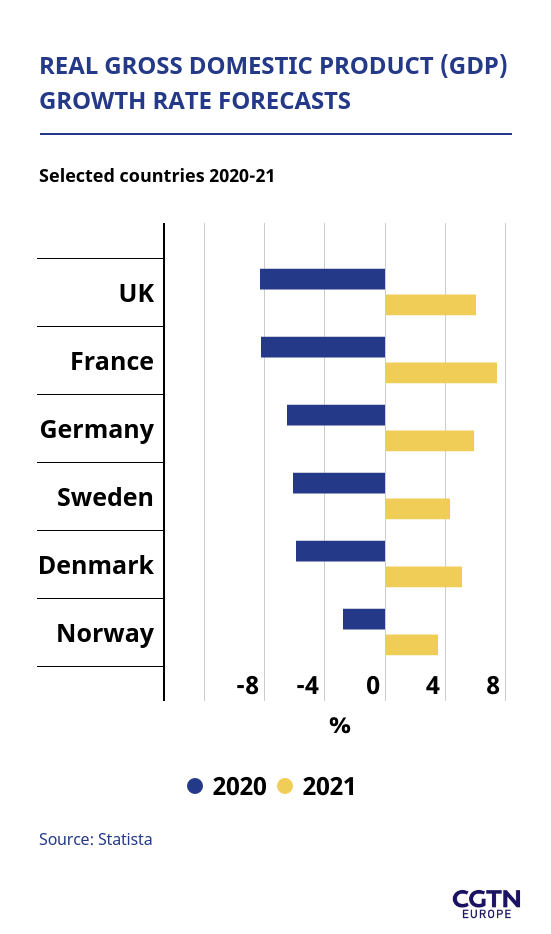 The high number of deaths among elderly residents of care homes in the country was likely the reason Swedes, initially mostly supportive of the government's exceptional approach to the pandemic, have become more critical.

By September 2020, only one in three citizens thought the government was doing a good job handling the pandemic and in November a poll showed 82 percent of Swedes were worried their healthcare system could not cope with the COVID-19 crisis.

Any loss of faith in the policy and/or the ruling party was not helped when Dan Eliasson, head of Sweden's crisis preparedness agency, resigned on January 6 after news that he visited his daughter in the Canary Islands over Christmas despite the government's warning against all unnecessary travel.

But as Europe battles the spread of COVID-19, there are going to be a lot of eyes focused on what Sweden does next and what the result is, as the country looks set to have to move further from its dream of slowing down the spread of the virus without shutting down the country's economy.