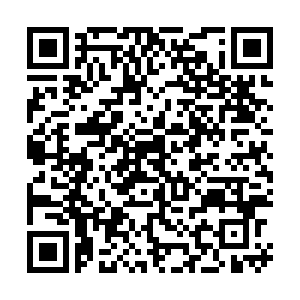 · Switzerland has approved the Moderna vaccine, making it the second shot to be authorized in the country and clearing the way to get up to 1.5m doses through February.

· Spain aims for all its nursing home residents to have received a first vaccine dose by the end of the week, the health minister Salvador Illa has said. The country has administered more than 400,000 doses of the Pfizer-BioNTech jab since the end of December.

· Bavarians will be required to wear FFP2 masks – which are said to offer protection for both the wearer and those they come in contact with – when out shopping, in public spaces and on public transport from next Monday, Markus Soder, the leader of the southern German state, has said.

· Austria has identified a new cluster of 17 cases, in the Alpine province of Tyrol, from a mainly British group on a ski teacher training course, despite lockdown restrictions and the banning of flights from the UK over the new variant first discovered there.

· The Dutch government is expected to announce a three-week extension of lockdown measures, despite a 12 percent decline in infections in the week through Tuesday. Restrictions are likely to continue until the first week of February instead of being lifted on January 19.

· The French government is to provide daily updates on the number of people it has vaccinated after criticism of slow pace of its jab program compared with other European countries. Only 138,000 people had received a jab as of Monday evening, well below the 1 million vaccines available in the country.

· Spain has reported a record rise in infections over the weekend. The number of new cases measured over the past 14 days rose to 436 per 100,000 people on Monday, from 350 on Friday.

· AstraZeneca and Oxford University have applied for authorization for their vaccine in the EU, with a decision possible by January 29, the European Medicines Agency has said. The jab would be the third available for the 27-nation bloc after the Pfizer-BioNTech and Moderna drugs.

· Immunity produced from Moderna's vaccine should last at least a year, the company has said. CEO Stephane Bancel says Moderna is "on track to deliver at least 600 million doses" in 2021.

· Social scientists in Ireland have blamed the country's "reckless" Christmas rule relaxations for a sudden surge in cases. Data compiled by Johns Hopkins University and the World Health Organization show Ireland has the most infections per capita in the world over the past seven days. It had the EU's lowest infection rate when it came out of a six-week lockdown in early December.

· Germany's Chancellor Angela Merkel has suggested the country's current hard lockdown may last another eight to 10 weeks, with health officials particularly concerned about the spread of the variant first discovered in the UK, which is thought to have been in Germany for several weeks.

· A quarter of coronavirus admissions to UK hospitals are people under the age of 55, the head of NHS England has said. Simon Stevens told members of parliament that in London one in 30 people had the virus, with figures in some parts of the capital at twice that number.

· Italy's education minister said online learning "no longer works" as pupils and teachers demonstrated across the country against the postponed reopening of schools. The country has reported 616 new coronavirus-related deaths, up from 448 the day before, the health ministry said.

The governor of the Bank of England said that Britain's economy is facing its "darkest hour." He warned the resurgence of COVID-19 and soaring case rates means the country faces a difficult few months ahead.

New figures show that 2020 was the worst year since records began for the British retail sector. Sales in physical non-food stores plunged by a quarter compared with the year before.

Another issue for the UK government is how to enforce coronavirus restrictions. Officials stress that most people are following the guidance but for the small minority who aren't, policing could get tougher. Cressida Dick, London's Metropolitan Police commissioner, says the government should consider writing some of the guidance into law. In England, the guidance says people must "stay local." However, it is neither clear what "local" means, nor is it not legally enforceable.

The UK Prime Minister Boris Johnson has been criticized for cycling seven miles away from his home. His lawmakers have defended him saying he was not in breach of regulations.

France's Prime Minister Jean Castex and Health Minister Olivier Veran will face MPs' questions on Tuesday regarding their handling of the COVID-19 crisis, possible upcoming restrictions and the vaccination strategy. The government has consistently said it does not see a requirement to impose a third national lockdown.

Two more French regions have had their curfew hours extended to start from 6 p.m. There is a nationwide curfew of 8 p.m. to  6 a.m. in force across the majority of the country. The government postponed the reopening of bars, restaurants and cultural venues until at least the start of February and a special "health defense council" will be held on Wednesday, with the president and senior ministers to decide if further containment measures need to be brought in to stop the surge in cases. 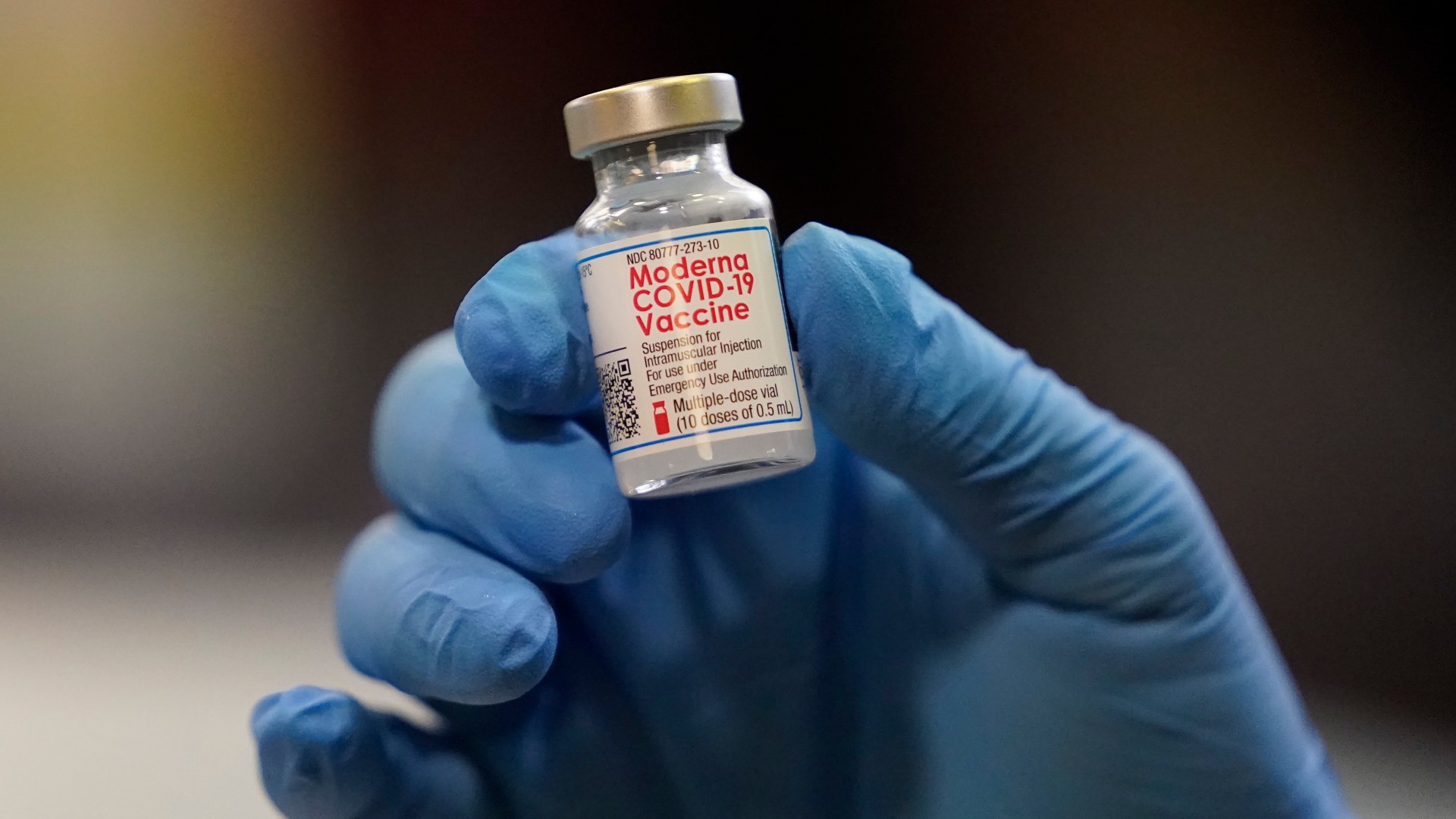 Moderna believes its COVID-19 vaccine offers immunity for up to one year. /Rick Bowmer/AP

Moderna believes its COVID-19 vaccine offers immunity for up to one year. /Rick Bowmer/AP

On Tuesday, the Dutch government will extend the current lockdown for another three weeks. According to several sources in The Hague, a night-time curfew is still on the table as an additional measure to curb the spread of the coronavirus. However, mayors, who will have to enforce the curfew, are opposed to the extreme step. Many think the population will not accept it either.

Although the number of bankruptcies in 2020 was the lowest in 20 years, many economists fear the current lockdown will lead to a new recession in the Netherlands. The government will announce new aid packages on Tuesday.

The municipality of Lansingerland (61,000 people) in the west of the country will test every inhabitant older than the age of two. The call follows a virus outbreak at a primary school in the town. Several infected people contracted the variant first discovered in the UK.

On Monday, 5,499 people tested positive for COVID-19, the lowest daily figure since December 2. The number is well below the average of the previous seven days (7,453). There were 50 coronavirus-related fatalities. 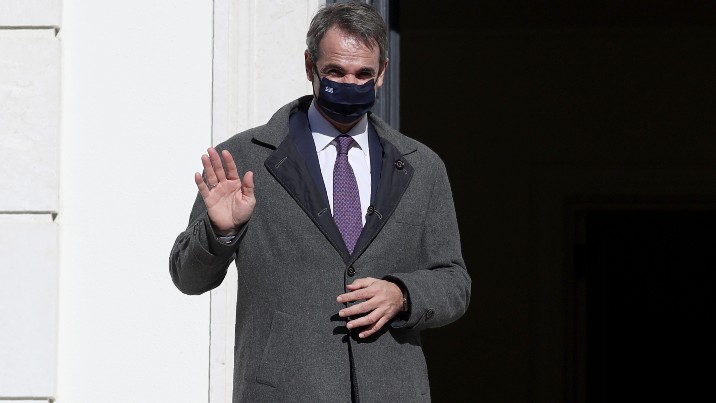 With a tougher, third revision of lockdown rules now in place across Germany, health officials are focusing their efforts on stopping and spotting new strains of the coronavirus.

The Federal Ministry of Health is planning to require laboratories to increase the frequency at which they examine COVID-19 swabs for dangerous variants, a process known as genome sequencing. Depending on the number of new infections in the area, the draft rules will require every 20th, or every 10th, sample to be carefully reviewed.

Meanwhile, Germany's Minister for Health Jens Spahn is planning new entry rules for countries where new coronavirus variants are widespread. Der Spiegel reports that a general compulsory test before departure will be required for travelers from countries where two variants are "already rampant."

The average number of new daily coronavirus infections is back over 2,000 in Belgium and returning holidaymakers are being blamed for the surge. In the past two weeks, 50,000 people have returned from red zones, with the city of Brussels among the hardest hit. Health experts are increasingly worried that some of these travelers may have carried back with them the new and highly transmissible variant first discovered in the UK, potentially setting the stage for a third wave.

A number of prominent virologists in the country are urging the government to close the borders before the variant gets out of control. The government has made no indication that it is leaning in this direction.