If people stop social distancing and following other anti-COVID-19 measures after getting vaccinated, the negative impact "could more than offset the benefits of vaccination," scientists advising on UK policy have warned.

Members of the UK's Scientific Pandemic Influenza Group on Behaviours (SPI-B), said a lax attitude to measures could increase "infection rates, particularly in the early months before there is a high degree of [vaccine] coverage." They  issued the warning in a December report ahead of the roll-out of the vaccines, which have so far been given to more than 2 million people, mostly aged over 80.

The reason for their concerns was that vaccinations protect most people, but not everybody who gets them and they do not work immediately – they can take days or two or three weeks to work.

And at the moment it is not known whether, as well as protecting most people from getting seriously ill, they also stop people being able to contract the virus and pass it on.

This has led to a difficult balancing act for government communications, SPI-B noted "between, on the one hand, aiming to promote vaccination uptake by emphasizing reduced COVID risk whilst, on the other, emphasizing that vaccination reduces but does not remove risk so that people should continue with protective behaviours." The group added: "It is important to communicate that continuing with protective behaviours irrespective of vaccination is important for improving population health now and in the future."

It was a message also stressed by the World Health Organization (WHO) – that mass immunization programs won't be enough to curb the number of COVID-19 patients.

"[The vaccine] was not going to be a flick of the switch," said Katherine O'Brien, executive director of the Johns Hopkins International Vaccine Access Center, during a press conference organized by WHO.

"We don't have the information right now about the magnitude, the degree to which [vaccines] interrupt transmission," she said.

"And so, although we do have evidence about the degree to which they can protect against disease … that does not necessarily imply that the same magnitude of the impact will be on the protection against transmitting from one person to another person."

And according to WHO, 59 percent of current COVID-19 cases are transmitted by asymptomatic people.

The worry is that if people who have had the vaccine (but can still pass on the coronavirus) stop following the measures recommended – such as wearing face masks, washing hands and social distancing – that could lead to an increased transmission rate.

Bruce Aylward, an adviser to the WHO's director-general, Tedros Adhanom Ghebreyesus, suggested the impact of vaccines on the spread of the coronavirus might not be seen for at least six months and warned it was not going to work "if people are mixing at high rates, if they are not wearing masks."

He said vaccines "had a lot of promise" but they needed to be combined with the other measures that have been seen to work over the past year. 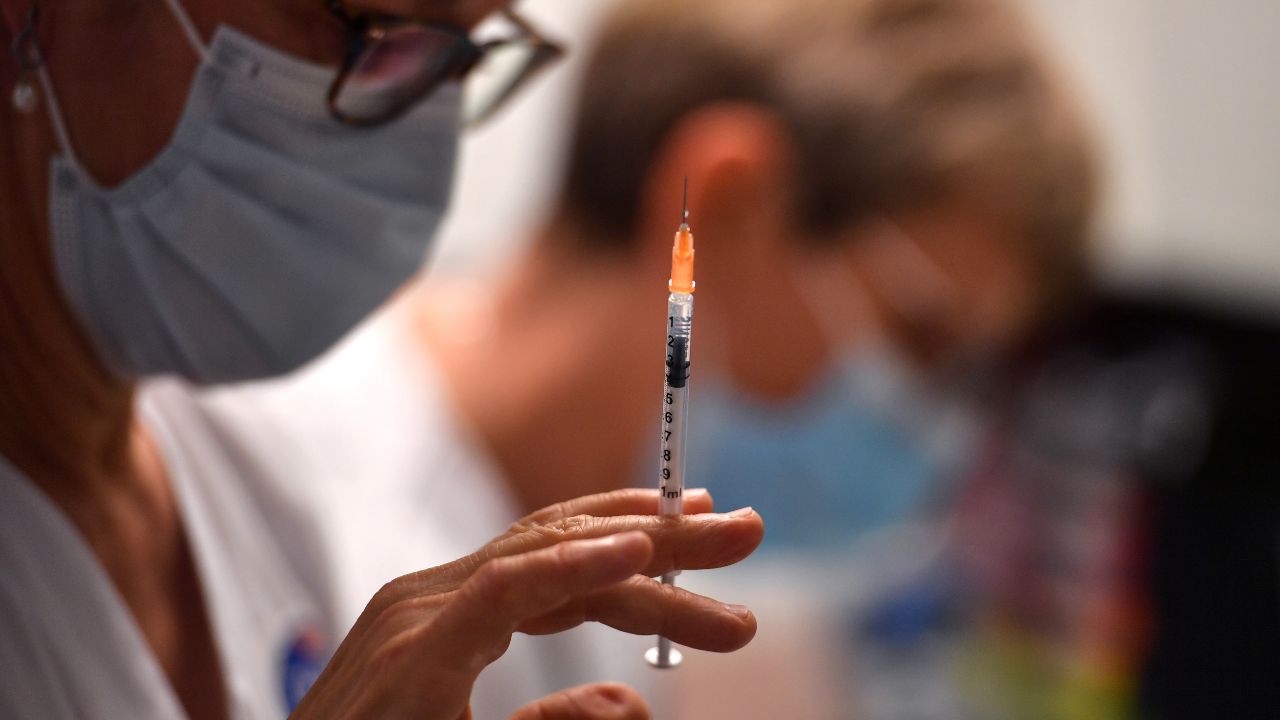 It can take several weeks to build up an immune response to COVID-19 after receiving an injection. /AFP/Pascal Guyot

It can take several weeks to build up an immune response to COVID-19 after receiving an injection. /AFP/Pascal Guyot

This response to vaccinations would not be unique to COVID-19.

In the U.S., researchers have in the past found that people who had received injections for Lyme disease or influenza were less likely to follow preventative measures after they are vaccinated.

For example, people who had received the influenza vaccine were more likely to meet in large groups for the following two days after the injection than before it.

In the case of the COVID-19 vaccines, the poll found that people were more likely to follow COVID-19 regulations if they were aware of how their actions could affect others.

The SPI-B added that education about the need for COVID-19 measures after receiving the vaccine could help prevent behavior that would further spread the virus.