Download
Will 2021 be the year of climate action?
Patrick Atack 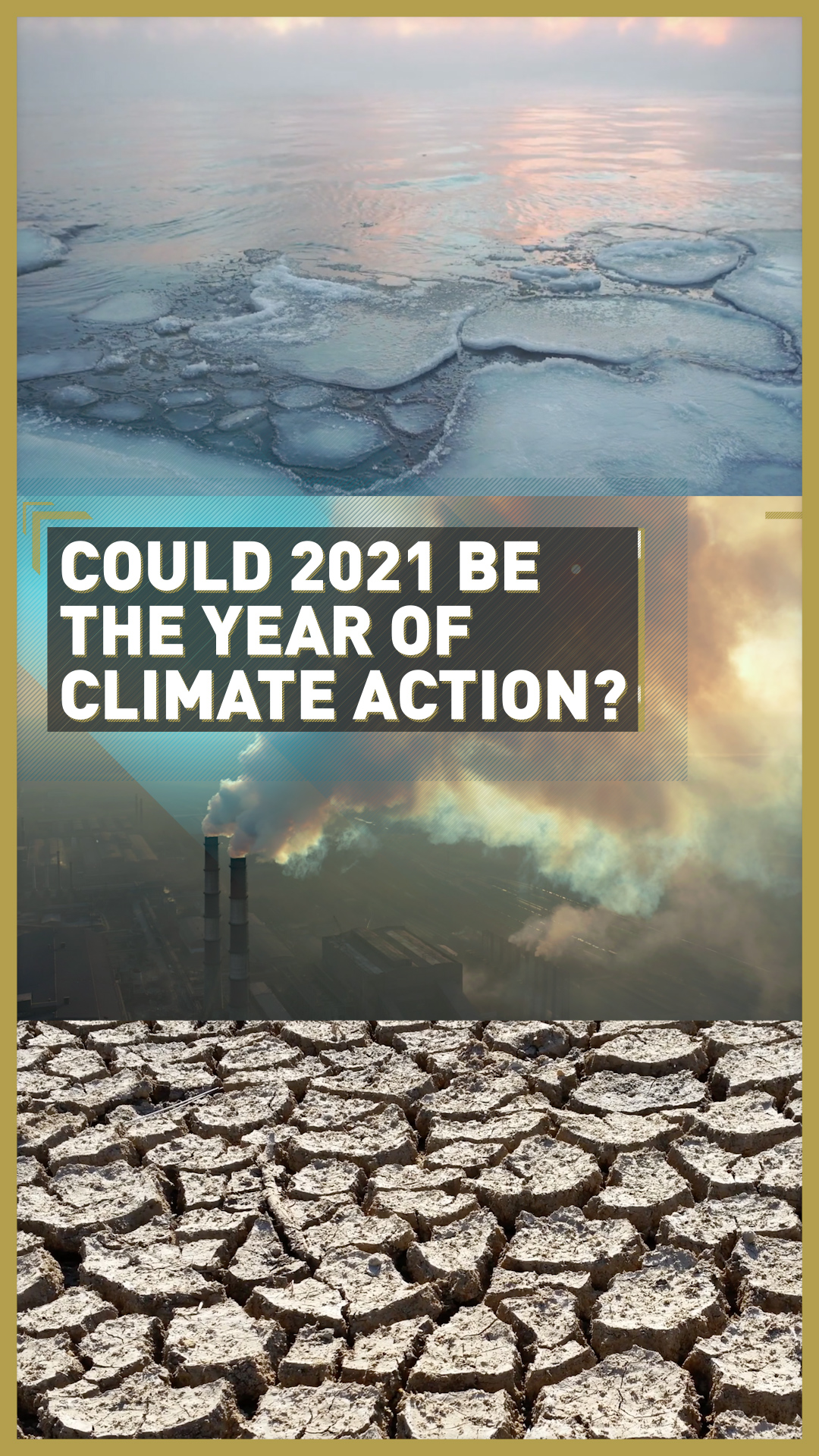 But what should you look out for in the whirlwind of news over the coming year?

CGTN correspondents around Europe told us why the environment and action to stop climate change could be one of the top issues of the year.

In Germany it's a leading topic – with 63 percent of Germans telling a recent poll the European Union's COVID-19 recovery package should be linked to climate goals.

But as Trent Murray in Berlin points out, Chancellor Angela Merkel is stepping down this year and the biggest change in German politics for 15 years could lead to a change in the government's priorities.

Over in France, the environment has played a central role in President Macron's policy platform – but it's far from just the national leader who wants to see a move to a "Green economy."

Ross Cullen, our man in Paris, said a lot of the political appetite for change was inspired by the success of the Green Party at the latest local elections. As well as Greens winning big in major French cities such as Lyon, the mayor of Paris, Anne Hidalgo, has led her term on climate issues and is popular for it.

It's important not to forget the emotional factor, too. Paris was the location of the landmark 2015 climate summit – and is where the Accords were signed. It's something France is proud of and, as Ross told us, environmental leadership is important to the French public. Apart from Brexit, what does 2021 have in store? /AP/Kirsty Wigglesworth

Apart from Brexit, what does 2021 have in store? /AP/Kirsty Wigglesworth

We also caught up with Nicole Johnston, who has been covering environmental politics and action in the UK this year.

She told us the biggest action taken in the country has been the promise to stop the sale of all fossil-fueled cars in just nine years.

"They only want electric cars to be sold from 2030, which is pretty extraordinary because it's not that far away," she said. Although there are some questions about whether or not this policy is viable.