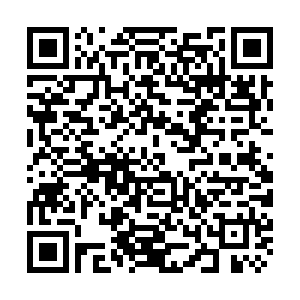 · The Republic of Ireland had the most confirmed COVID-19 cases per million people in the world last week (10,100), according to the latest data released by Bloomberg and collated by Johns Hopkins University, the WHO and other organizations. The new coronavirus variant, which was first discovered in southeast England, now accounts for almost half of all new cases in the country.

· German company BioNTech, which developed the first coronavirus vaccine to be approved in Europe with U.S. giant Pfizer, has said it expects to increase production to 2 billion doses in 2021, up from the 1.3 billion.

· Russia will conduct a clinical trial of a one-dose "Sputnik-Light" version of its vaccine, with authorities describing it as a possible "temporary" solution to help countries with high infection rates make the jab go further. The slimmed-down vaccine will be tested on 150 people in Moscow and St Petersburg, according to Reuters.

· France's Prime Minister Jean Castex has reportedly told a parliamentary committee a third lockdown should not be ruled out, according to French television. Two cases of the highly contagious new variant have been discovered in the northern city of Lille, after seven were found in Marseille over the weekend.

· UK Prime Minister Boris Johnson has warned that tougher lockdown measures may be needed "if we feel that things are not being properly observed." On a visit to one of seven new mass-vaccination centers in Bristol, Johnson added that around 2.4 million COVID-19 vaccines have now been administered, with the aim for all British adults to receive a jab by the fall.

· France's health minister has said that more than 50,000 doses of the coronavirus vaccine from U.S.-based Moderna would be ready for use this week in hard-hit regions. Olivier Veran said jabs would be sent to towns and cities with the highest virus circulation, from Strasbourg on the German border to Nice on the Mediterranean.

· Germany's Chancellor Angela Merkel has warned that the coming weeks will be "the hardest phase of the pandemic" so far, with hospitals stretched to their limits and the full impact of Christmas socializing yet to be felt. Germany's overall death toll hit 40,000 over the weekend.

· Coronavirus infections have now surpassed 90 million confirmed cases around the world, according to Johns Hopkins University, with 1.9 million deaths worldwide. Monday marks one year since the first fatality from the virus was confirmed.

· Spain has taken extra measures, including police-escorted convoys, to ensure its expected shipment of 300,000 coronavirus vaccines can be distributed as planned following heavy snow across the country. As much as 50cm of snow fell on Madrid, one of the worst-hit areas, over the weekend, with temperatures expected to plunge even further.

· Coronavirus deaths in Belgium have passed 20,000, health officials have reported. The country has one of the highest per-capita death rates from the pandemic in the world, with 1,725 per 100,000 people.

· The Belgian capital Brussels has recorded a significant rise in coronavirus cases since late December, according to authorities. The number of infections in the city rose by 62 percent in the week from December 31 to January 6.

· Teachers in Malta have returned to their classrooms and ended a two-day strike after the government agreed to give them priority in the vaccination program. Schools on the Mediterranean island have been open since September but unions called a strike last week following a recent spike in infections.

· Russia has reported 23,315 new cases of COVID-19, the world's fourth highest tally. Authorities also confirmed 436 deaths in the past 24 hours, pushing the total fatalities to 62,273.

France will receive 50,000 doses of the Moderna vaccine today. The injection is the second to be approved by the EU, as part of the package of six vaccines it is hoping to be able to use across the continent this year.

Gabriel Attal, a French government spokesman, said: "At this stage, we do not forecast another lockdown ... the French have made a lot of effort but above all we must not let our guard down. Obviously, we will continue to take the necessary measures."

Those measures include a nationwide nightly curfew, which has been in place since mid-December. Bars, cafes, restaurants, cinemas, theaters and sports halls will all stay closed until at least the end of January.

The mayor of Marseille says the situation in the city with the "English variant" is "worrying." So far, seven cases of that variant have been registered in France's second-largest city.

Germany is beefing up its nationwide measures for the third time since November. Starting Monday, Germans are only permitted to gather with members of their household and a maximum of one "external" person.

Germany's borders remain open, but people arriving from high-risk areas will have to take a coronavirus test on entry or 48 hours before arriving. A mandatory 10-day quarantine remains in place.

The extension of restrictions will keep schools closed until at least the end of the month, which has complicated many working parents' access to childcare. The government has doubled the amount of paid leave available for working parents, which means single parents could take up to 40 days off in 2021.

The measures announced in mid-December were due to expire Sunday, but officials in Berlin say these updated restrictions will remain in place until at least the end of the month. 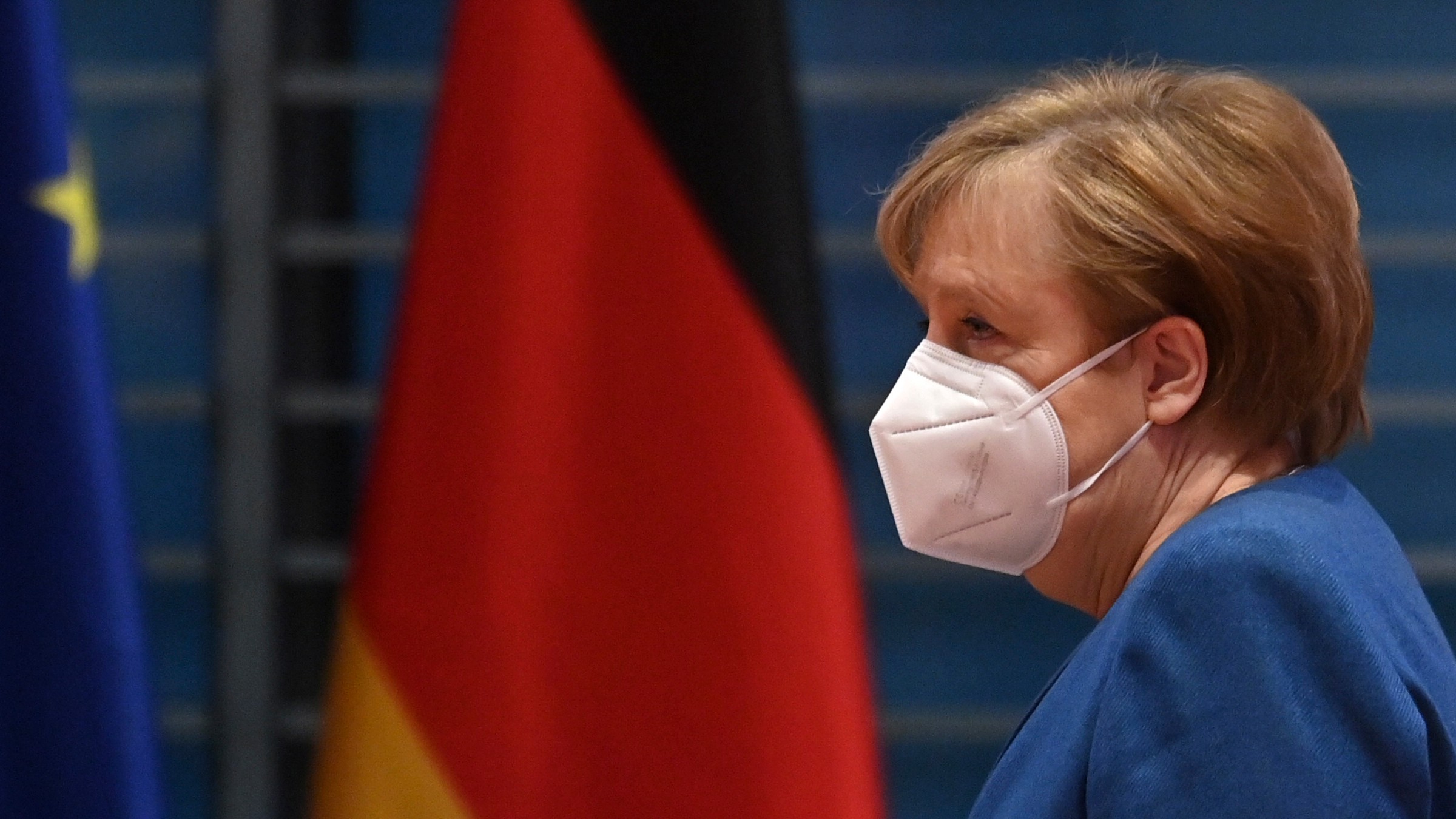 Germany's Chancellor Angela Merkel has said the worst is yet to come in the coming weeks of the COVID-19 pandemic. /John MacDougall/AP

Germany's Chancellor Angela Merkel has said the worst is yet to come in the coming weeks of the COVID-19 pandemic. /John MacDougall/AP

Belgium's coronavirus death toll has surpassed 20,000. The country has the second-highest number of deaths per capita in the world, according to Johns Hopkins University data. The number of deaths and hospitalizations continues to fall, but new daily infections have risen for the past three days. An average of 1,816 cases a day were identified in the past week, a 14 percent increase from the week before.

The government decided on Friday not to further tighten coronavirus measures but will rather wait until later in the month to see how a return of holidaymakers and the reopening of schools have impacted infections.

The UK is ramping up its COVID-19 vaccination efforts with the opening of seven centers across England. People aged over 80 living nearby will be sent letters first, inviting them to make an appointment at the centers, which are expected to have the capacity to vaccinate four people a minute.

The target is to inoculate 15 million people – the over-70s, health workers and the vulnerable – by the middle of February. In the coming weeks, the government says hundreds more centers, doctors' surgeries and high-street pharmacies will also be able to administer the jab. The first daily figures are also to be published Monday, which will reveal how many people have already received a jab.

Meanwhile, Chris Whitty England's chief medical officer, is warning the next few weeks will be the worst in terms of numbers of patients needing medical care. Over the weekend, the number of patients in hospital hit a record high, as the UK's coronavirus death toll reached more than 80,000. 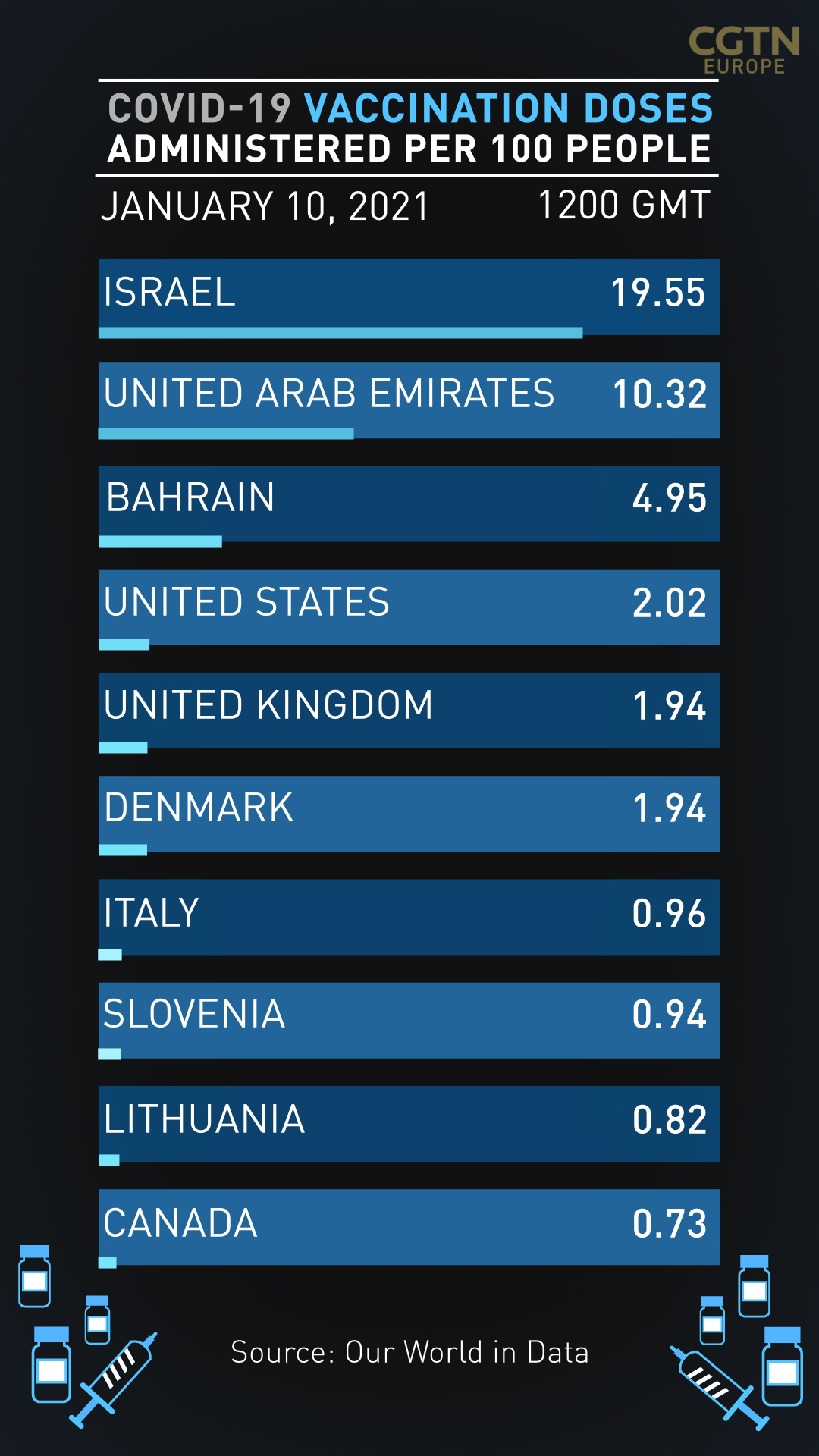 The Netherlands' Prime Minister Mark Rutte will give a press conference on Tuesday. The current lockdown, effective since December 15, was supposed to end on January 18 but according to government sources, the measures will be prolonged by three weeks.

It is still unknown whether the extension will be accompanied by any relaxation or tightening of the rules. All schools are currently only giving online classes. Primary schools may be reopened early but that depends on the research outcome on the impact of the new variant, first found in the UK, on young children.

On Sunday, there were 6,657 new positive COVID-19 cases. The number of infections is well below the average of the seven previous days (7,564). It was the fifth day in a row that fewer patients were in hospital with the virus than the day before. So far, 31,000 hospital staff have been vaccinated against the virus.

CGTN China: WHO experts to visit China on January 14 for virus origins probe