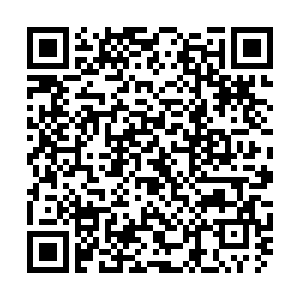 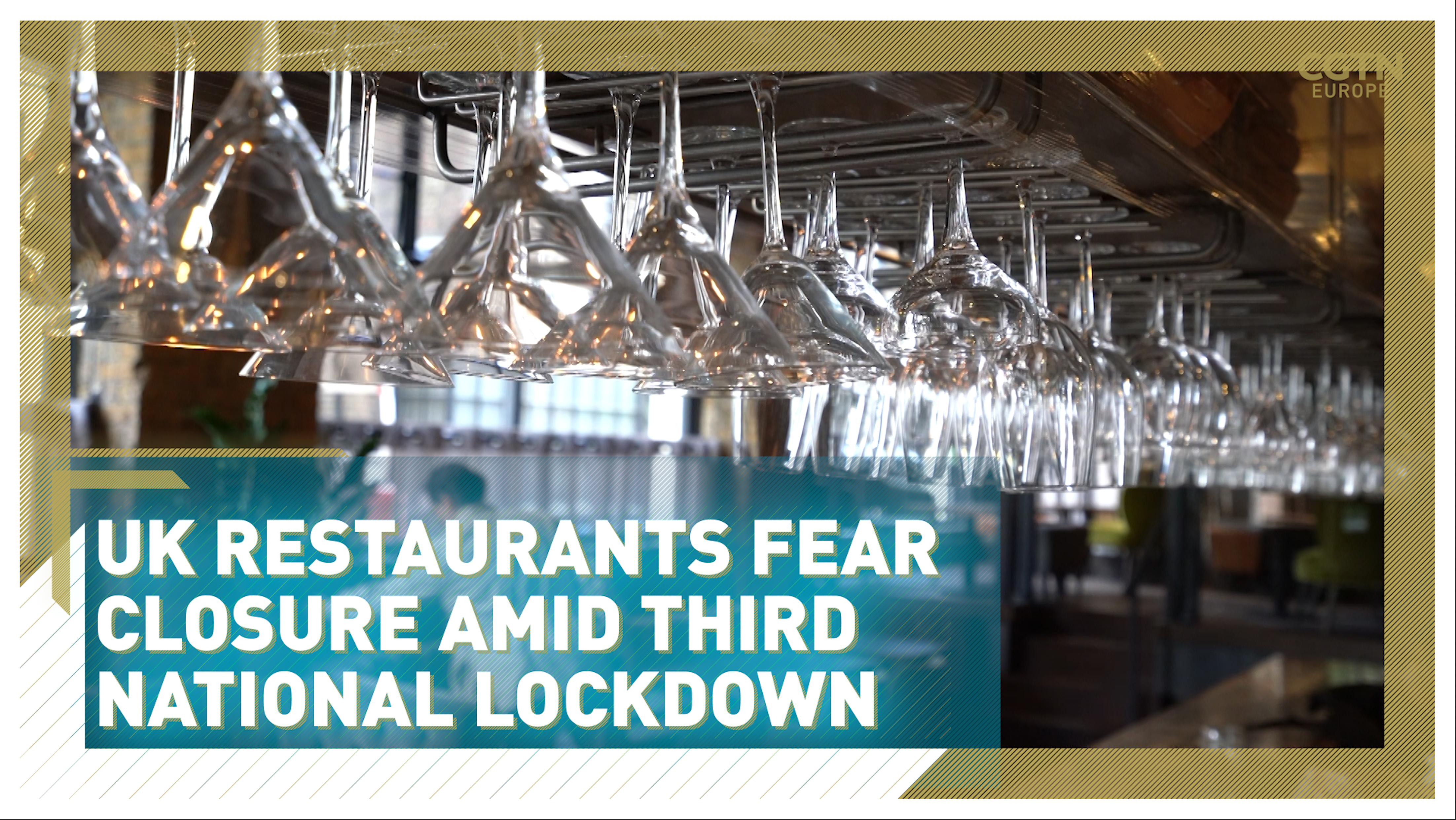 The UK government has pledged another $7.5 billion to try and sustain businesses which are continuing to struggle amid the country's third national lockdown.

Rishi Sunak, the UK's finance minister, had previously announced emergency help for the economy worth $370 billion, including a massive job protection scheme that will run until the end of April.

However, the latest lockdown is restricting any opportunities to recoup lost incomes, especially in the hospitality sector.

Pascal Aussignac, who owns and manages Club Gascon, a Michelin-starred French restaurant in London's business district, is concerned that the latest restrictions could force his usually busy restaurant to close its doors to his customers.

He manages six restaurants in different areas of the city and has to negotiate rent contracts with landlords, some of whom are amenable and agree to compromise on rent, while others do not.

Fifty members of his staff are currently on furlough, a scheme under which the government pays 80 percent of each individual's salary, up to $3,300 a month.

"Since nine months of closure with three lockdowns, we are always gradually losing money," the restaurant owner told CGTN Europe. "You lose energy, you lose money, you lose product because it is perishable. You lose the wine because it has been opened.

While preparing food at his restaurant near London's historic Smithfield Market, he reflects on how a restaurant which has successfully retained its Michelin status for 18 years, has now been reduced to a fancy takeaway outlet. 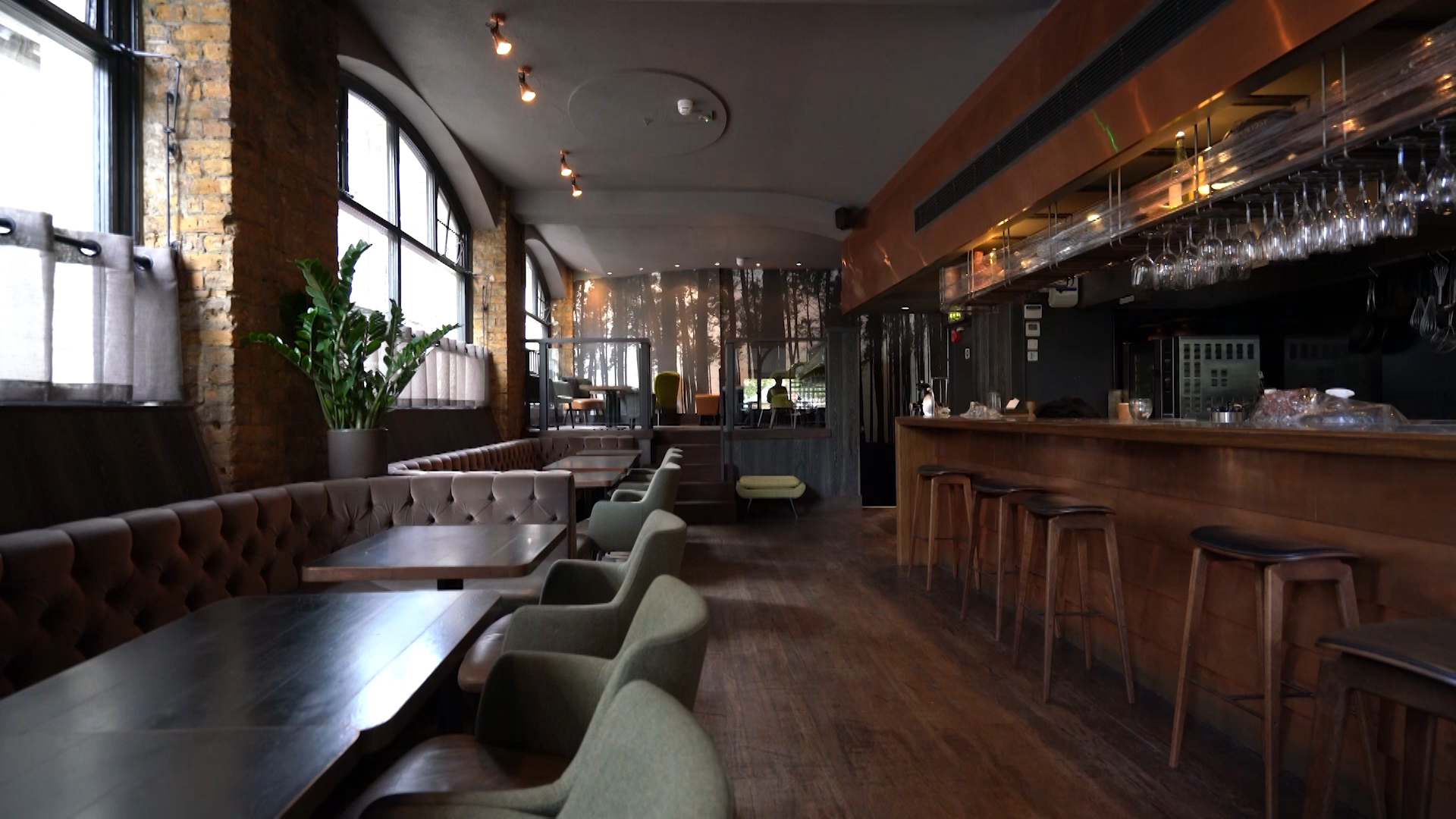 Club Gascon has been forced to close for the third time in the last 12 months as London is at the heart of the latest COVID-19 outbreak./CGTN

Club Gascon has been forced to close for the third time in the last 12 months as London is at the heart of the latest COVID-19 outbreak./CGTN

Sunak has announced one-off top-up grants for retail, hospitality and leisure businesses worth up to $12,000 per business to help them through to the spring months, when the latest lockdown restrictions may be eased.

A discretionary fund worth $800 has also been also made available to support other businesses impacted by COVID-19 restrictions.

"We're having a budget early in March and all of our economic support - including the announcement today - runs through to the spring, so I think the budget in early March is an excellent opportunity to take stock of the range of support that we've put in place and to set out the next stage of our economic response to coronavirus at that particular time," said Sunak.

Restaurants and pubs serving food and drinks in the suburbs are faring better than those like Club Gascon in central London's Farringdon district. 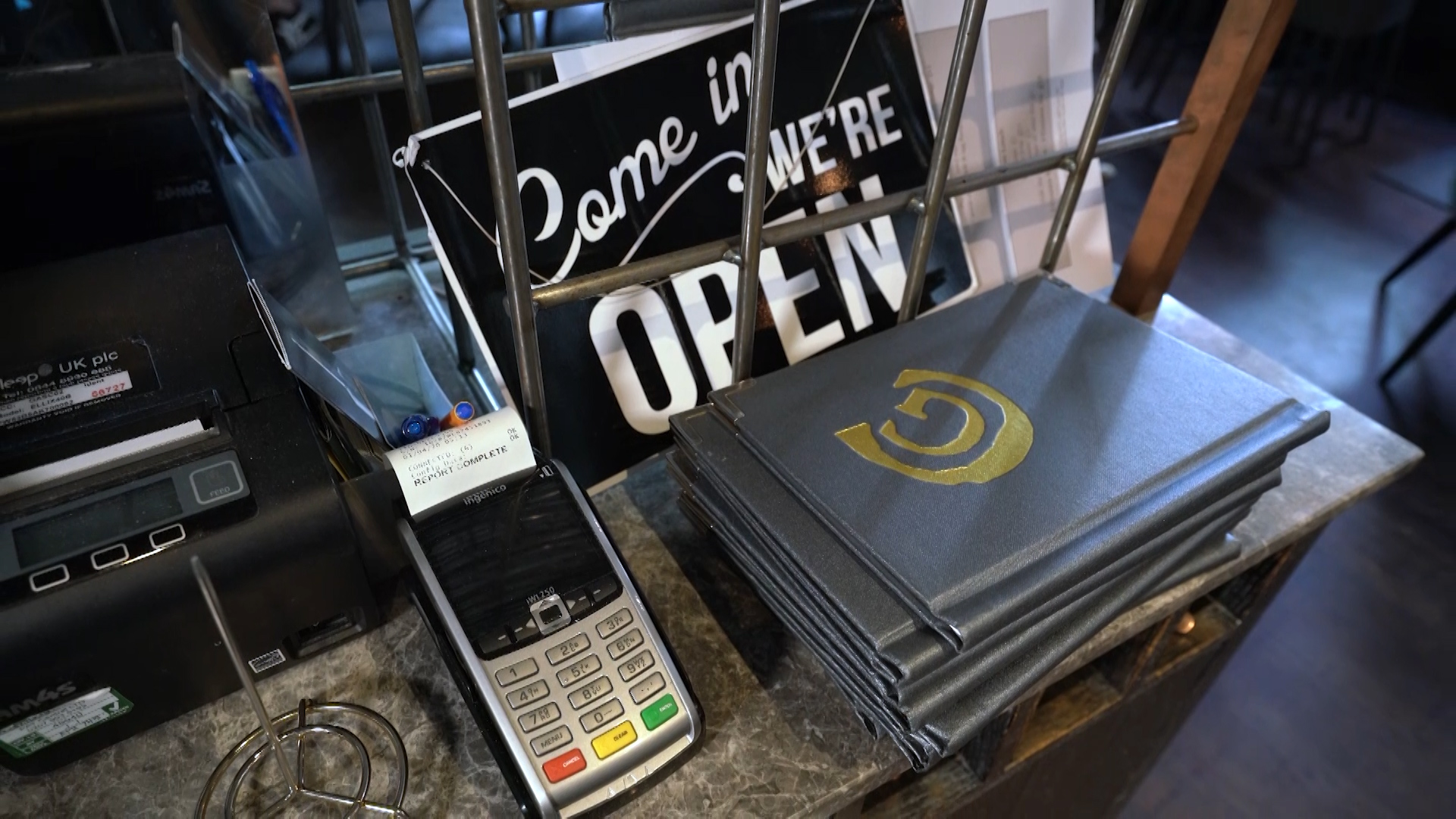 The 'come in we're open' signs have been stored away as UK restaurants remain closed until mid-February at the earliest./CGTN

The 'come in we're open' signs have been stored away as UK restaurants remain closed until mid-February at the earliest./CGTN

It is usually packed with people working in thousands of offices. However, since the beginning of the pandemic in March, they have remained mostly empty. This has impacted several other businesses in the area, including shoe repair shops, dry cleaners and convenience stores, that have in the past served tens of thousands of workers who commute to commercial centers like this one.

With the lockdown likely to continue until at least mid-February, the government says it is trying to save businesses from going bankrupt but it may be too late for restaurants like Aussignac's.

"In springtime, if the customers are not back physically in the restaurant, and the rents are back to normal, we [will] need to pay the staff [their] normal [wages], we [will] have no more furlough… we have no cash behind [us], we can close. We are all in a very fragile way," warns the restaurateur.