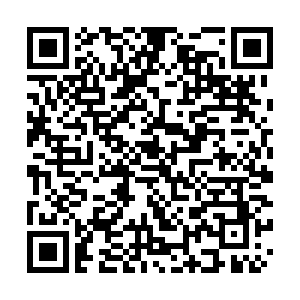 · A ministry official has told Reuters, Germany agreed to buy an extra 50 million doses from BioNTech and CureVac last summer despite EU governments agreeing not to negotiate bilateral supply agreements. The deals were not announced when they were signed.

· The European Union said it had secured nearly half of Pfizer's 2021 global output of vaccines as the bloc's drug regulator approved using six doses from one vial that would boost the number of vaccines by 20 percent.

· Queen Elizabeth and her husband Prince Philip have been given the first shot of the COVID-19 vaccine by a royal household doctor at their Windsor Castle residence in the UK.

· The World Health Organization has warned of vaccine nationalism as the world's poorest countries have not yet received doses while the richest countries are agreeing deals to buy more.

· The National Health Service in England has said it plans to vaccinate all frontline staff in the next few weeks following the rollout of the Oxford-AstraZeneca vaccine.

·The UK's FTSE 100 index has inched higher at the end of the week as investors bet on a swift economic recovery with the country hit by the impact of the pandemic and Brexit.

·Airbus will continue with ambitious plans for a partial recovery in jet production despite concerns it would have to delay the move due to Europe's lockdown restrictions.

·Greece has extended some lockdown curbs to contain the spread of the coronavirus until January 18, Deputy Civil Protection Minister Nikos Hardalias said.

· The UK's Financial Conduct Authority says all Bankers must record all communications while working from home, ending the leeway it introduced last year when the first lockdown began. 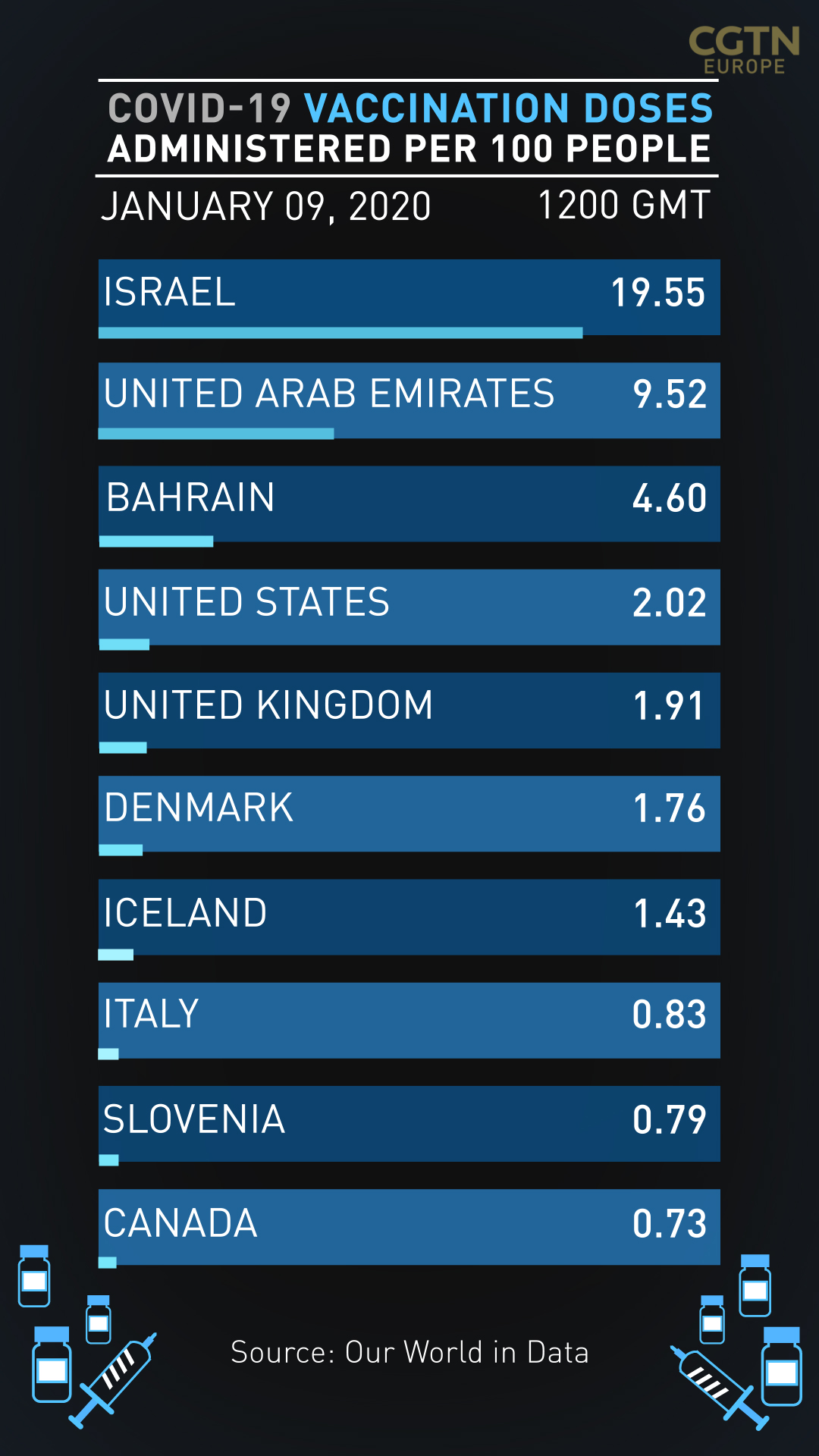 A health ministry official has told Reuters the German government signed two preliminary deals with BioNTech and CureVac in the summer to secure 50 million doses of their COVID-19 vaccines. The news agency claims to have seen an official document confirming the existence of the orders that were not made public last summer when the deals were signed.

Reuters reported that the health ministry and BioNTech were unavailable for comment while CureVac declined to respond as it said talks with the German government were ongoing. CGTN Europe has contacted both companies and is awaiting a response.

The pandemic is colliding with politics as Germany embarks on its vaccination drive and one of the most unpredictable election years in the country's post-war history.

After months of relatively harmonious pandemic management, fingers are being pointed as the center-left partner in Chancellor Angela Merkel's coalition government takes aim at what it says has been a chaotic start to vaccinating the population.

France's public health agency says the evolution of the COVID-19 situation in France during the next two weeks will be "decisive as to a possible rebound."

The nationwide nightly curfew that has been in force since mid-December was relaxed for Christmas Eve and families from different households were allowed to mix. The curfew was reinstated for New Year's Eve but police had to break up several mass gatherings.

Public Health France thinks the "net increase" in the number of new infections noted last week is "perhaps the beginning of the consequences of the end-of-year gatherings." It added it will monitor the number of hospitalized patients to see if it increases, which officials said was likely.

The confirmation that the 94-year-old monarch receiving the vaccine came in a rare public announcement about her health. /AP

The confirmation that the 94-year-old monarch receiving the vaccine came in a rare public announcement about her health. /AP

"Act like you have the virus" is the message being driven home in the UK on Saturday.

A new advertising campaign, fronted by England's Chief Medical Officer has been launched to try and get a handle on soaring infection rates. The government is urging people not to "get complacent" and abide by the rules.

On Friday, 1,325 deaths within 28 days of a positive COVID-19 test were recorded. It's the highest number since the pandemic began.

Experts say infection rates and deaths do not yet factor in Christmas, when there was increased household mixing. The situation is particularly severe in London, where the infection rate has exceeded 1,000 per 100,000 people. 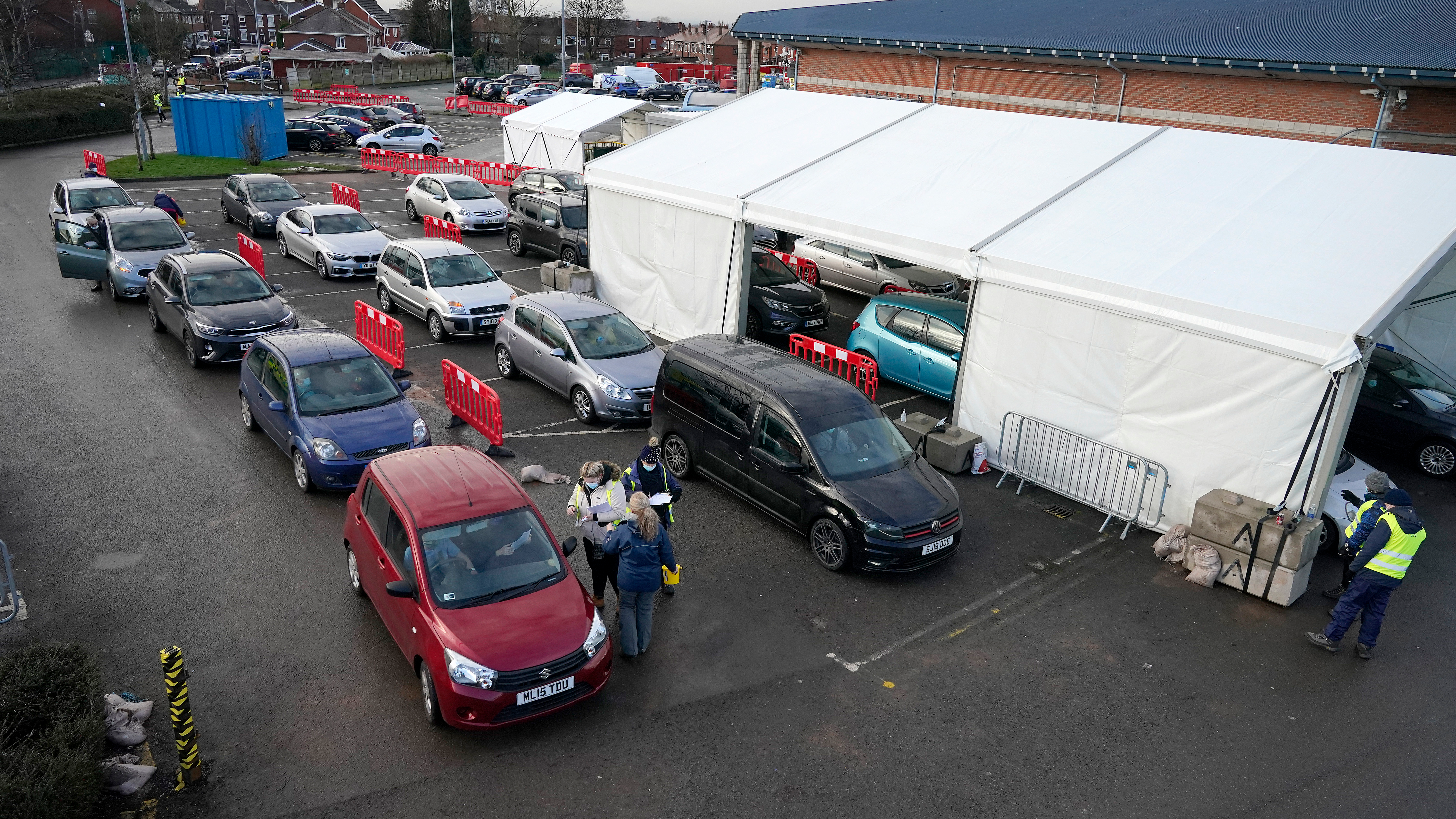 People are receiving vaccinations at drive-through centers in the UK. Christopher Furlong/Getty

People are receiving vaccinations at drive-through centers in the UK. Christopher Furlong/Getty

Hundreds of medical students have volunteered to help out in Czech hospitals packed with COVID-19 patients where staff are struggling with one of the world's highest infection rates.

Wrapped up in protective gear, including a visor and two pairs of rubber gloves, student Tereza Zalesakova, 22, performed a blood sugar test on a woman with COVID-19 who is on a breathing aid.

"I started to work here at the beginning of November because they lacked auxiliary staff," said Zalesakova, a medical student at Prague's Charles University.

Hospitals across the Czech Republic have been on the verge of maximum capacity since autumn, when it saw a massive spike in COVID-19 cases.