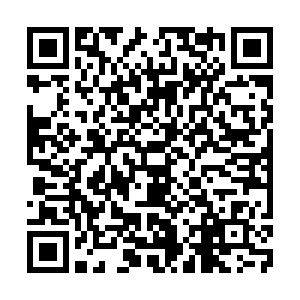 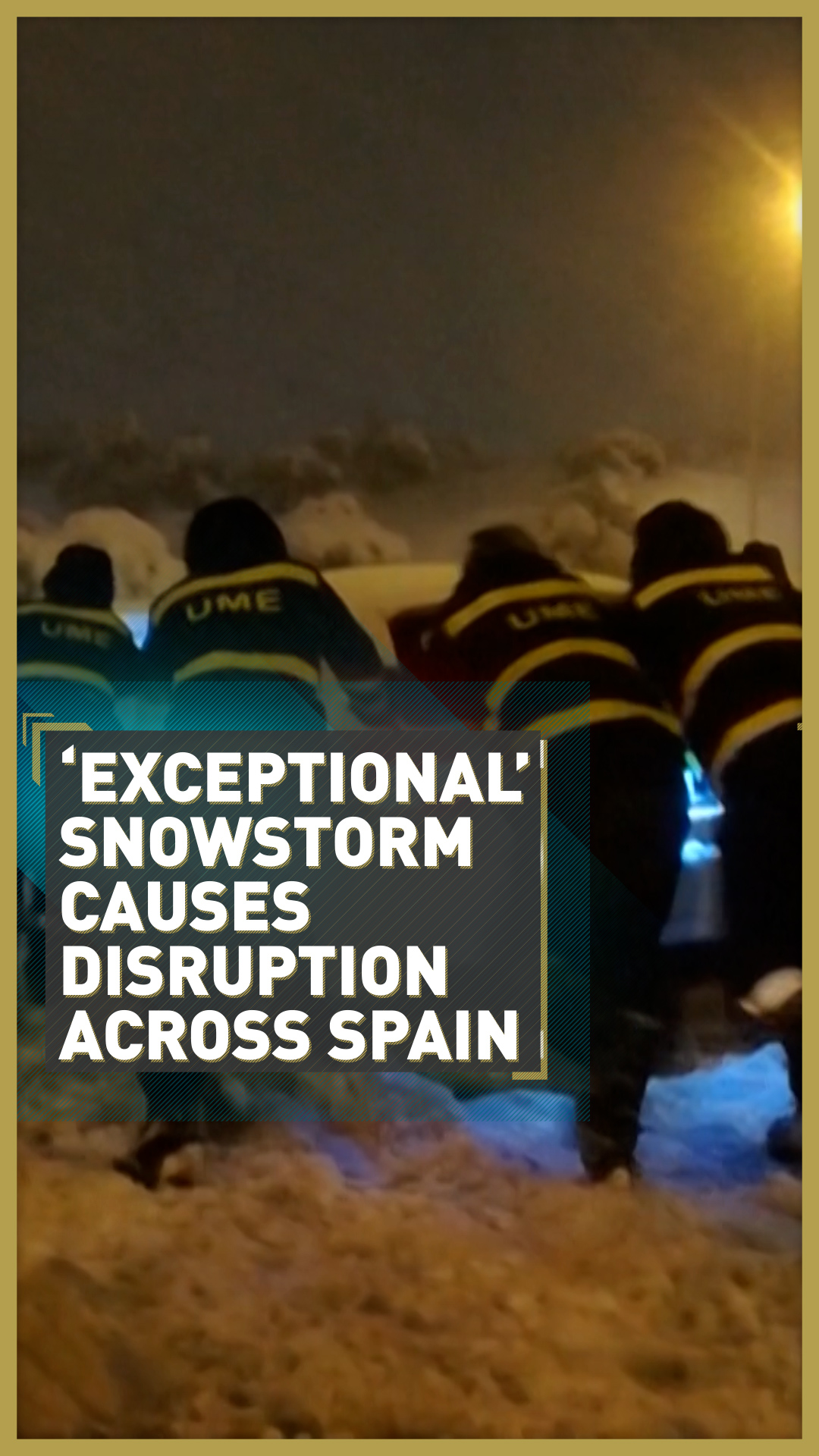 Four people have been killed by a persistent snowstorm that has blanketed large parts of Spain. The Andalucia region emergency service has recovered the bodies of a man and a woman, the first official victims of the storm. Their car was washed away by a flooded river near the town of Fuengirola.

"Even if, despite the extremely difficult weather conditions, the number of incidents is relatively limited," Interior Minister Fernando Grande-Marlaska told a press conference.

Two homeless people froze to death, one in Madrid and the other in the eastern city of Calatayud, authorities confirmed in what has been the heaviest snowfall on the Iberian peninsula since 1971.

Storm Filomena disrupted traffic, leaving thousands stranded in their cars or at train stations and airports that had suspended all services as the snowfall continued on Saturday.

Another 20 centimeters was forecast to fall on Saturday in Madrid and central Spain's lower plains, with up to 50 centimeters at higher altitudes.

Ten provinces of central Spain were on their highest level of alert, including the capital, Madrid, where authorities activated the red warning for the first time and called in the military to rescue people from vehicles stranded on the city's major thoroughfares as well as on the smaller roads.

Sandra Morena, 22, who became trapped in her car as she commuted to her night shift as a security guard, arrived home, on foot, after being helped by an army emergency unit.

"It (the commute) usually takes me 15 minutes but this time it has been 12 hours, freezing without food or water, crying with other people because we didn't know how we were going to get out of there," said Morena.

"Snow can be very beautiful but spending the night trapped in a car because of it is no fun," she added.

The national AEMET weather agency had warned that some regions would be receiving more than 24 hours of continuous snowfall due to the unusual combination of a cold air mass stagnant over the Iberian Peninsula and the arrival of the warmer Storm Filomena from the south.

By 7 a.m. on Saturday, AEMET had recorded a 24-hour snowfall of 33 liters per square meter in Madrid, not seen in the capital in over 50 years.

Forecasters said the heavy snow would continue until Sunday before Storm Filomena begins moving northeast but the temperatures would remain exceptionally low.

A few brave people headed out with their ski gear in the Spanish capital. /Gabriel Bouys/AFP

A few brave people headed out with their ski gear in the Spanish capital. /Gabriel Bouys/AFP

Carlos Novillo, head of the Madrid emergency agency, said that more than 1,000 vehicles had become trapped, mostly on the city's ring road and the main motorway leading from the capital toward the Castilla-La Mancha Andalucia regions.

"The situation remains a high risk. This is a very complex phenomenon and a critical situation," said Novillo in a social media post on Saturday morning.

"We ask all those who remain trapped to be patient. We will get to you," he added.

Airport operator AENA said that the Barajas International Airport, the main gateway in and out of the country, would remain closed throughout the day as workers continue to try to keep the runways clear of snow.

According to railway operator Renfe, all trains into and out of Madrid, both commuter routes and long-distance passenger trains, and railway lines between the south and the northeast of the country were suspended.

The storm had caused serious disruptions and closed over 430 roads by Saturday morning, according to Spain's transit authorities, which urged people to stay indoors and avoid all non-essential travel.

The wintry weather forced the country's football teams to cancel fixtures, with some of the top clubs in La Liga unable to travel to games. Saturday's match between Spanish league leaders Atletico Madrid and Athletic Bilbao was postponed after the plane carrying Bilbao's team was unable to land in the capital and had to turn around.

Castilla-La Mancha and Madrid's regions, home to 8.6 million people, announced that schools would be closed on Monday and Tuesday.