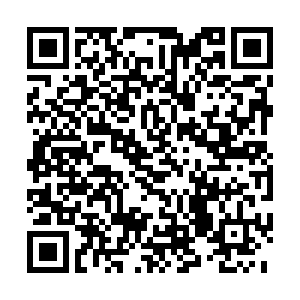 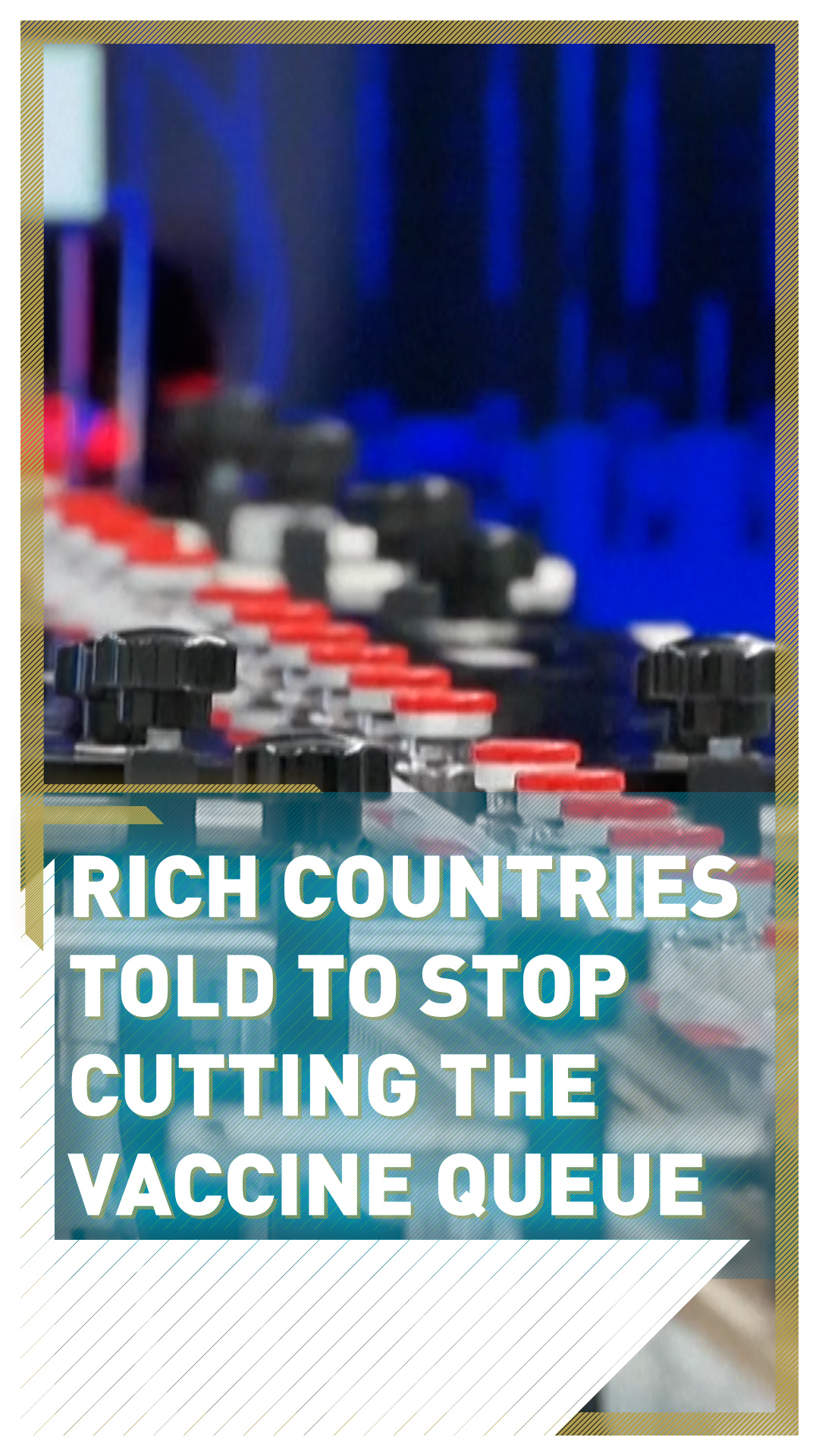 The World Health Organization (WHO) is concerned that low and most middle-income countries have not yet received COVID-19 vaccines, urging rich countries to stop jumping the queue and avoid "vaccine nationalism."

Speaking at a press conference in Geneva, WHO's director-general, Tedros Adhanom Ghebreyesus, said that right from the outset, wealthier nations had snapped up the "majority of the supply" of vaccines through bilateral deals – potentially bumping up the price for everyone else battling the coronavirus pandemic.

Ghebreyesus called on states that have booked excess vaccine doses to release them and donate them to the globally-shared COVAX program, launched in April, which aims to distribute vaccines equitably around the world.

"I urge countries that have contracted more vaccines than they will need, and are controlling the global supply, to also donate and release them to COVAX immediately, which is ready today to roll out quickly," Tedros said on Friday.

"And I urge countries and manufacturers to stop making bilateral deals at the expense of COVAX. No country is exceptional and should cut the queue and vaccinate all their population while some remain with no supply of the vaccine," he added.

While Ghebreyesus did not name countries, the European Union (EU) said it reached a deal with Pfizer and BioNTech for 300 million additional doses of their COVID-19 vaccine in a move that would give the bloc nearly half of the firms' global output for 2021.

So far, 44 countries are currently administering vaccines, according to The Global Change Data Lab. While four more, including Belarus, Switzerland, Serbia and Qatar have also confirmed they have begun vaccination programs.

Wealthier nations, such as the UK, EU members, the U.S. and Israel have been at the front of the queue for vaccine deliveries from companies including Pfizer, Moderna and AstraZeneca.

"There's a clear problem that low- and most middle-income countries are not receiving the vaccine yet," Ghebreyesus said.

The WHO's Emergencies chief, Mike Ryan, echoed comments from Ghebreyesus, stressing the need to give doses to vulnerable groups and frontline healthcare workers first, no matter where they live.

"The people likely to die from this infection is not everybody in every country. It is very particular risk groups, by age and by vulnerability, who are likely to get very sick and likely to die. It is frontline health workers who are exposed to this virus every day. This is whom we need to protect first," Ryan told the news conference.

He also urged countries not to "politicize the vaccine" and warned that the vaccines currently being distributed will have had "zero impact" on transmission dynamics at a national level.

"They maybe saving lives as we speak and we are very grateful for that, but they are not going to affect transmission dynamics for a very long time," Ryan said. 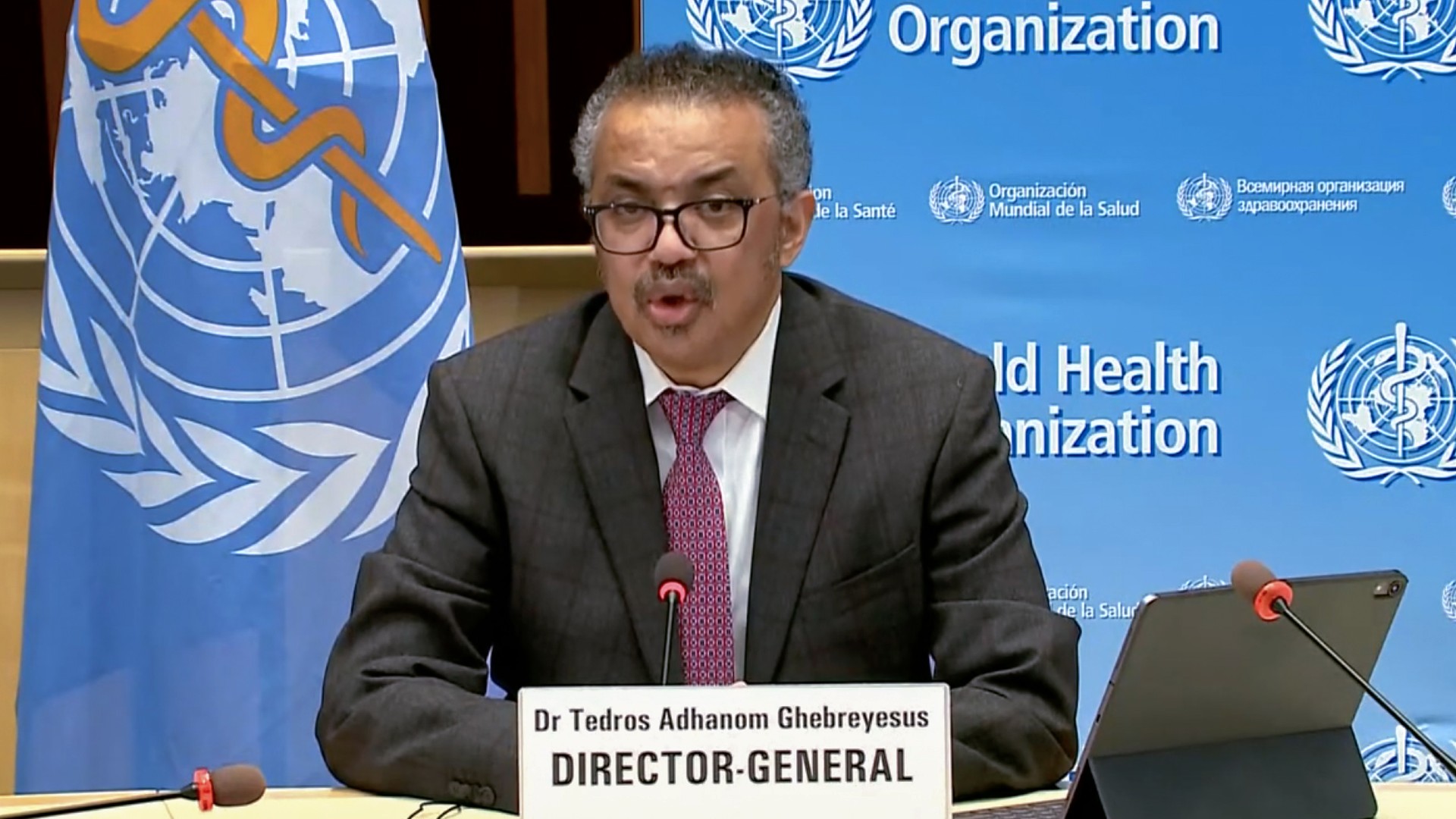 WHO chief, Tedros Adhanom Ghebreyesus, said wealthier nations who may have an excess amount of vaccines should share them with the COVAX program. /World Health Organization/AFP

WHO chief, Tedros Adhanom Ghebreyesus, said wealthier nations who may have an excess amount of vaccines should share them with the COVAX program. /World Health Organization/AFP