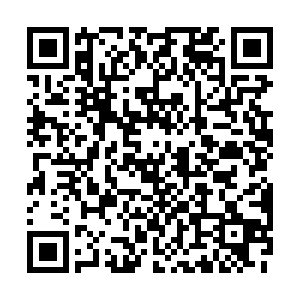 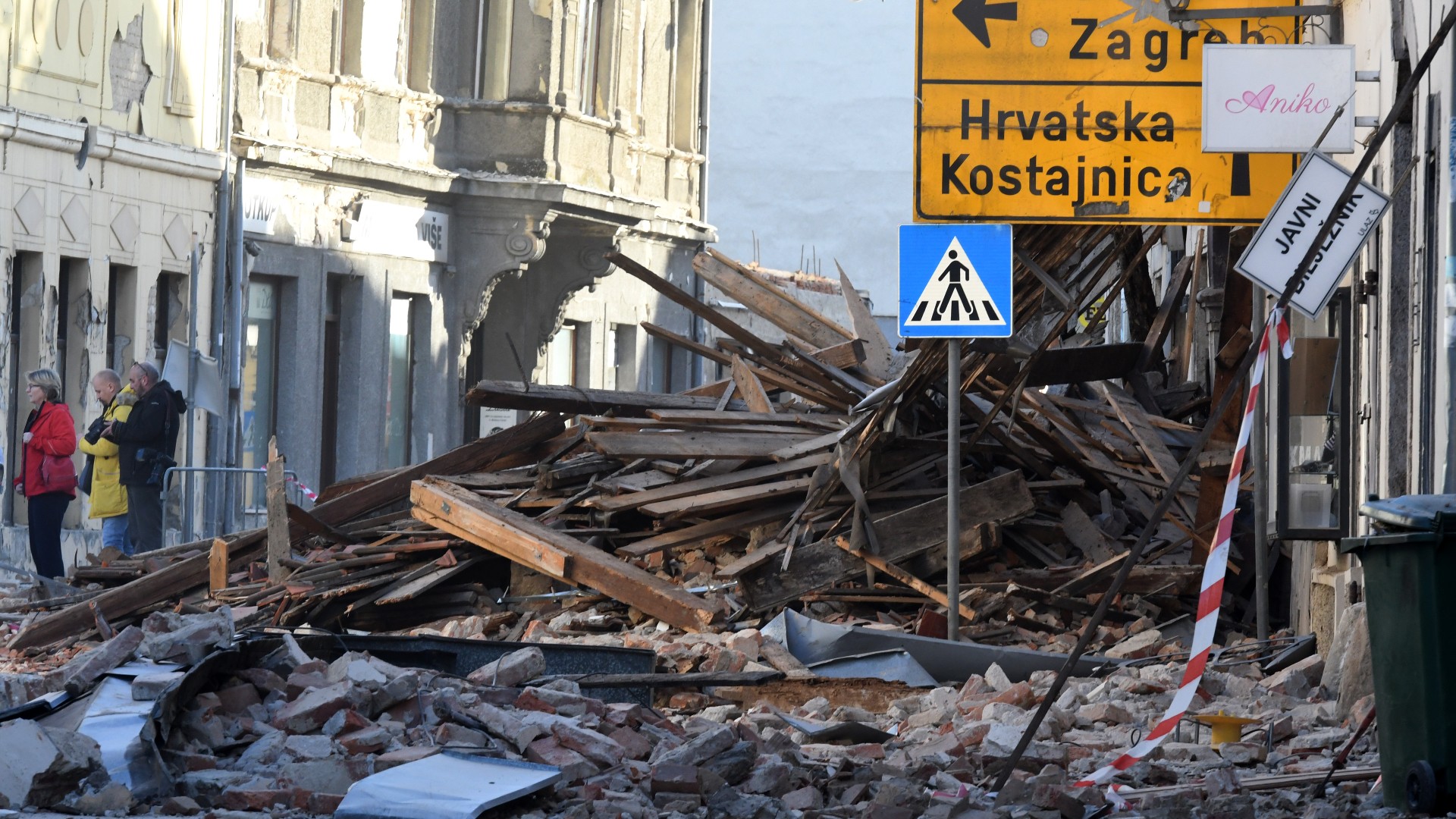 Financial losses caused by natural disasters worldwide last year amounted to $210 billion in damage, a sharp increase from the $166 billion global bill in 2019, Munich Re said in an annual report.

The report came just a day before the European Union's Copernicus Climate Change Service said 2020 tied with 2016 as the world's warmest year on record, rounding off the hottest decade globally as the impacts of climate change intensified.

German reinsurance giant Munich Re on Thursday urged action to prevent climate change from bringing about more such hazards, after a record hurricane season and major forest fires last year.

The disasters claimed around 8,200 lives worldwide, the company said in its report, adding that the insured amount of damage came to $82 billion, or around 40 percent of the total.

"Climate change will play an increasing role in all of these hazards," said Munich Re board member Torsten Jeworrek. As part of the Paris Agreement five years ago, "the global community set itself the target of keeping global warming well below 2 degrees Celsius. It is time to act," he added.

According to Copernicus, in 2020, temperatures globally were an average of 1.25 degrees Celsius higher than in pre-industrial times. The last six years were the world's hottest on record.

The Paris Agreement aims to cap the rise in temperatures to "well below" 2 degrees Celsius and as close as possible to 1.5 degrees Celsius to avoid the most devastating impacts of climate change.

The year's most costly individual event was the severe flooding in China, from May 21 to July 30, during the summer monsoon rains. Overall losses from the floods amounted to approximately $17bn, only around 2 percent of which was insured.

Overall in Asia, which recorded serious cyclones and floods, losses from natural disasters were lower than in the previous year at $67bn compared with $77bn in 2019. 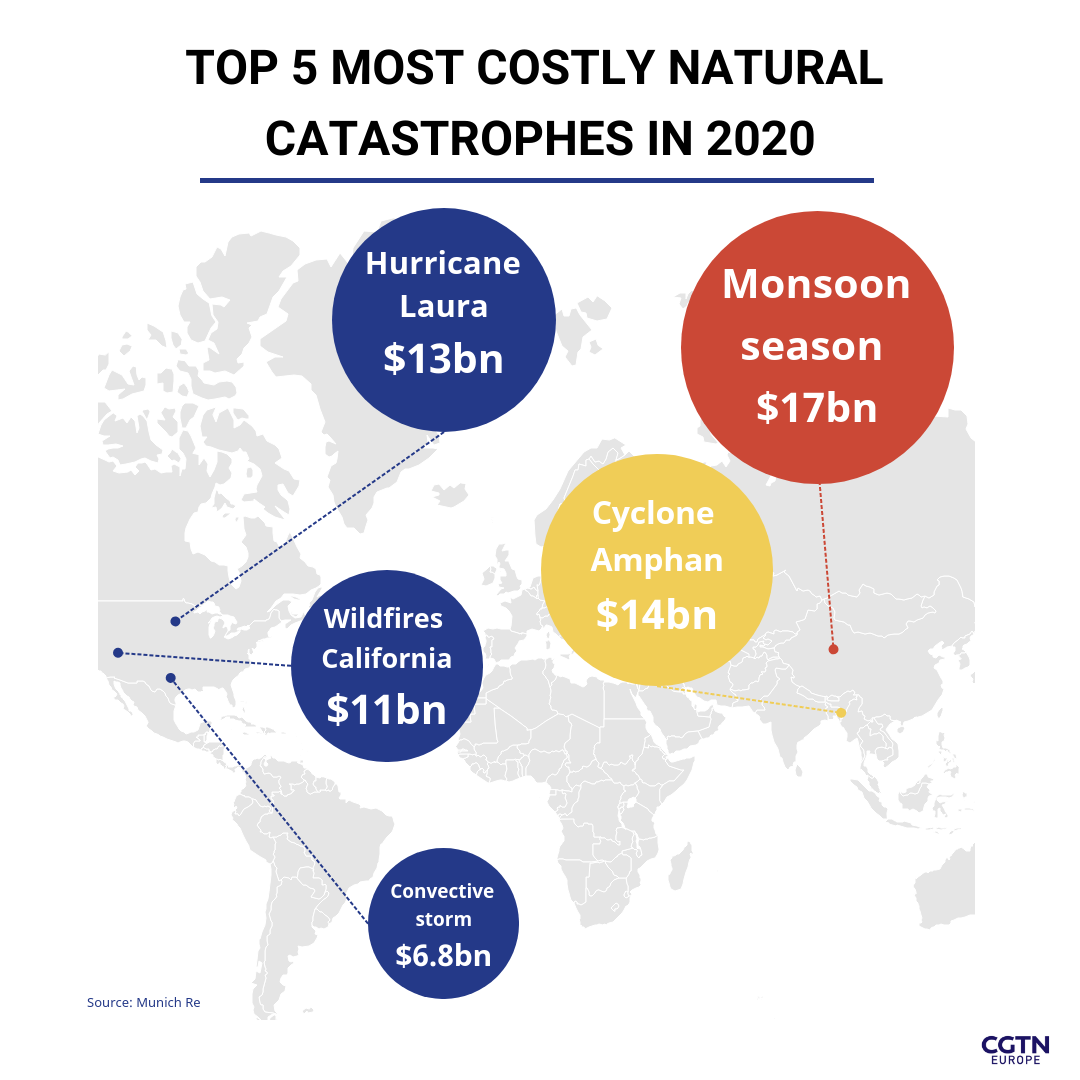 However, it was a completely different story in North America, as six of the 10 costliest natural disasters were in the U.S., which suffered the most active hurricane season on record in 2020. The North Atlantic season was "hyperactive," Munich Re said, with a record-setting 30 storms including 13 hurricanes.

In addition, once again, a series of large wildfires raged across the western U.S. in 2020, including record-setting fires (in terms of area burned) in California and Colorado. The area burned by wildfire in California was more than four times larger than the 2015–2019 average.

Copernicus said this California heatwave in August pushed the temperature at Death Valley in the Mojave Desert up to 54.4 degrees Celsius, the highest temperature ever reliably recorded. 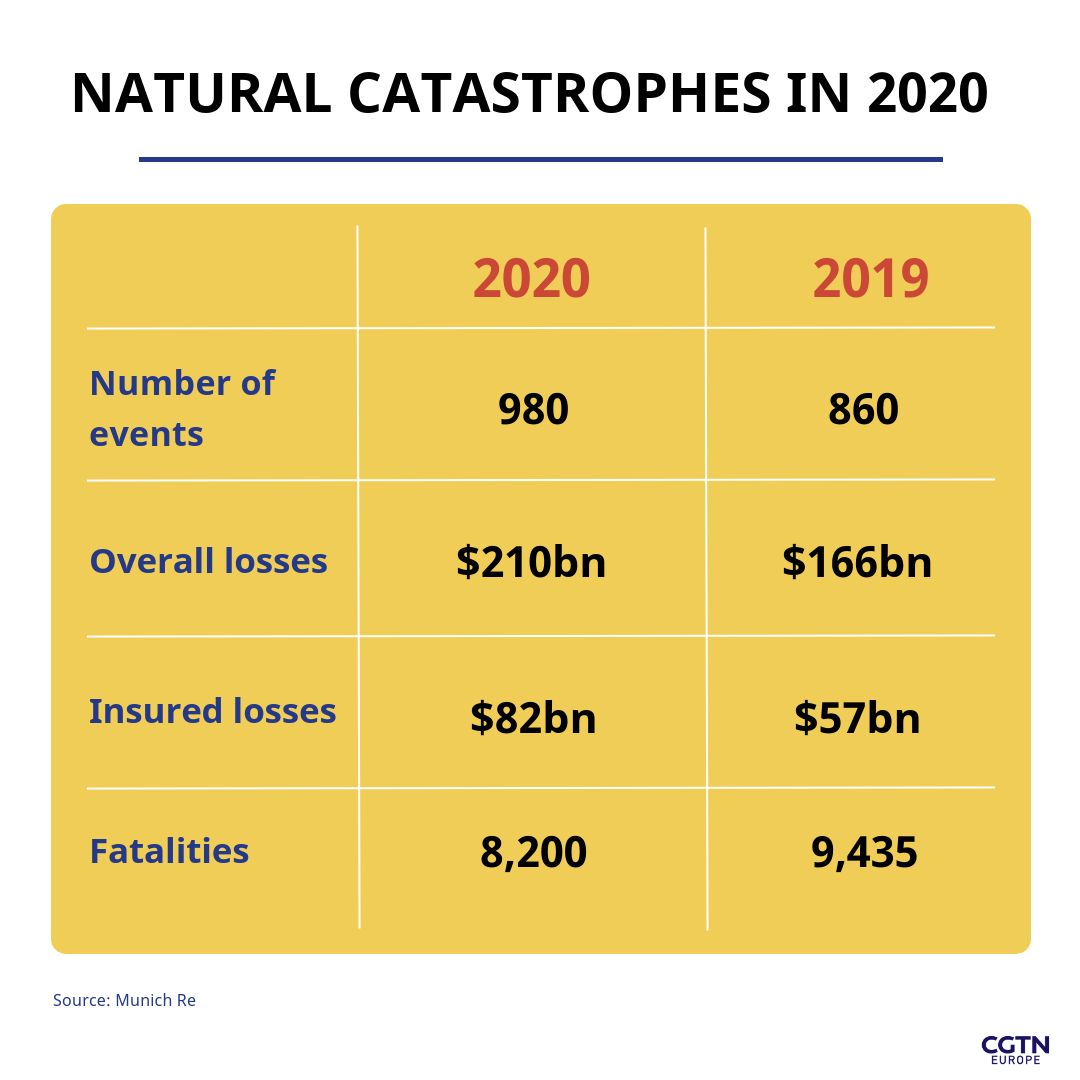 Things were looking more positive in Europe in terms of natural disaster figures for 2020 being relatively benign.

Localized extreme losses – which are typical for the fall season – were triggered by heavy rainfall along the Mediterranean coasts of southern France and Italy. And winter storms in February caused losses of $2.5bn in the continent.

In March, an earthquake with a magnitude of 5.3 struck the region north of Zagreb in Croatia, resulting in property losses totaling $1.8bn.

Overall losses in Europe came to $12bn, of which $3.6bn was insured. 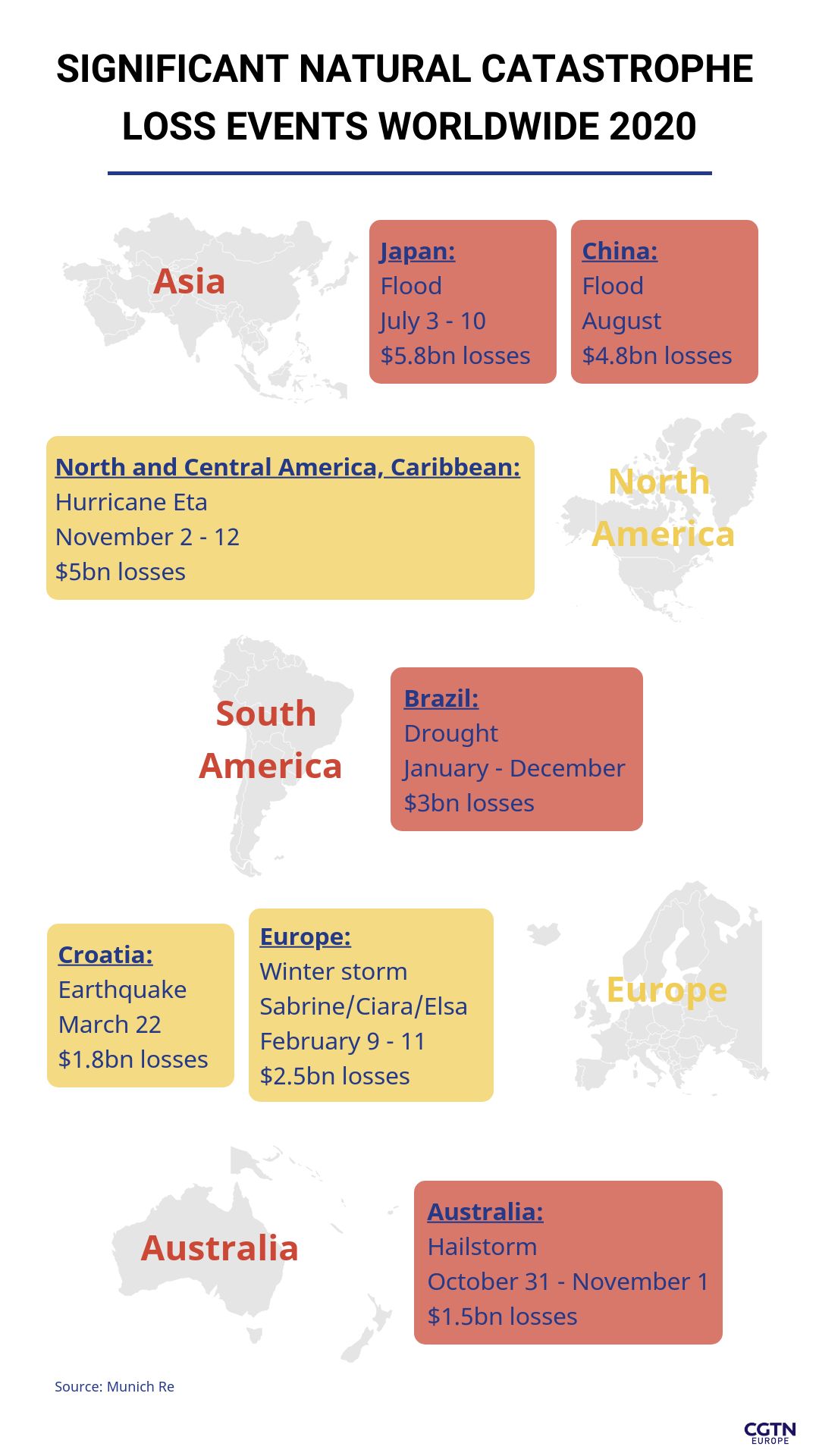 Hot years and extreme temperatures continue in the Arctic Circle

However, according to Copernicus data, the continent also experienced its hottest year on record in 2020, after an exceptionally warm winter and fall.

The Arctic and northern Siberia continued to warm more quickly than the planet as a whole last year, with temperatures in parts of these regions averaging more than 6 degrees Celsius above a 30-year average used as a baseline, Copernicus said.

The region also had an "unusually active" wildfire season, with fires poleward of the Arctic Circle releasing a record 244 million metric tons of planet-warming carbon dioxide in 2020, over a third more than in 2019.

Arctic sea ice also continued to deplete, with July and October both setting records for the lowest sea ice extent in that month.

Scientists said these data and figures from natural disaster losses are consistent with growing evidence that climate change is contributing to more intense hurricanes, fires, floods and other disasters.

The year's extreme weather fits "with the expected consequences of a decades-long warming trend for the atmosphere and oceans that is influencing risks," Munich Re's chief climate scientist Ernst Rauch said.

"We need another dictionary to help us describe how these extremes continue to play out and unfold year after year," said Adam Smith, a climate scientist with the National Oceanic and Atmospheric Administration (NOAA).