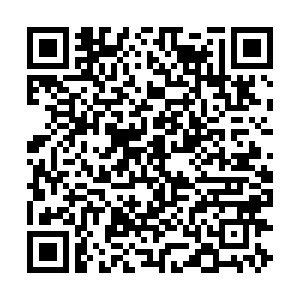 The figures are "absolutely diabolical, but the data will reinforce the prospect of the incoming administration reigniting the country with a major fiscal stimulus package." That was the verdict of Ayush Ansal, chief investment officer at Crimson Black Capital, on Friday when analyzing the latest figures on the U.S. economy.

The worse-than-expected data from the U.S. non-farm payrolls (NFP) show the world's biggest economy experiencing the sharpest rise in its jobless rate for eight months. While closer inspection suggests some groups continue to be particularly exposed to layoffs as the pandemic weighs on the services sector, the message is that the full effect of COVID-19 on the global labor market probably has yet to be felt.

Electric cars continue to set the pace for growth in both the automotive and tech industries. Shares in car maker Hyundai were up by a fifth on reports that the Republic of Korea firm is in talks with tech giant Apple over a possible electric model development project.

Similarly, shares in U.S. electric car giant Tesla continue to roar ahead. The latest stock bump now gives the firm, which recently announced plans to relocate its headquarters from Silicon Valley to Texas, a market value higher than that of Facebook.

Staying with tech giants, the biggest social media firms have spent the past 24 hours seeking to curtail the online activities of outgoing U.S. President Donald Trump, after Wednesday's chaotic scenes in Washington DC. As Facebook, Twitter and Instagram all act to put controls on Trump's accounts, CGTN Europe speaks to one expert on the implications for the industry of the mass mobilization of right-wing groups via social media.

And renewables are continuing to consolidate their foothold in the European energy market, according to new data. But is growth in the sector enough for the bloc to meet its long-term climate goals? 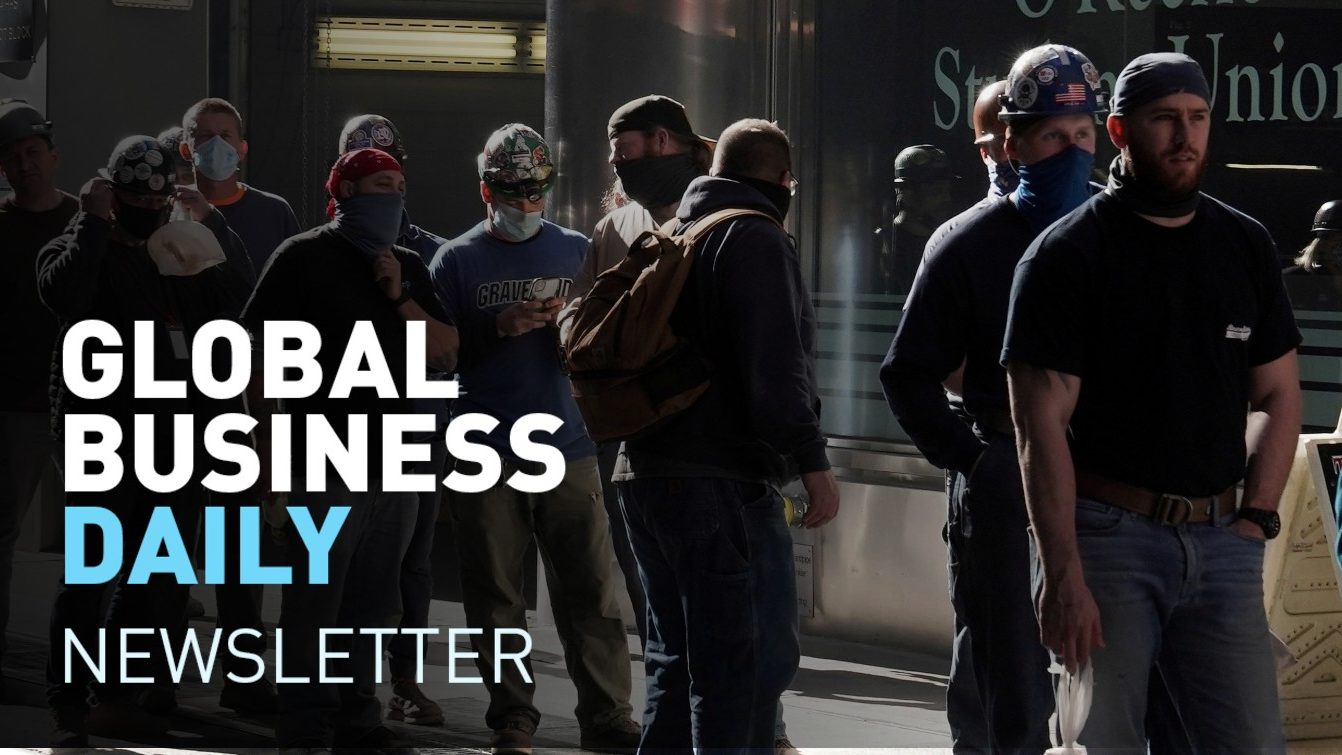 The unemployment rate rose in the U.S. last month for the first time since April, as pressure from the COVID-19 pandemic hit the world's biggest economy. Around 140,000 positions were lost, leaving the overall unemployment rate at 6.7 percent, considerably higher than analysts' expectations. Restaurants and bars led the jobs decline, according to the latest non-farm payroll data. However, the figures also show that average hourly earnings rose by 0.8 percent, while economists had expected a more modest gain of 0.2 percent, suggesting again that lower-paid and contract workers are bearing the brunt of the downturn.

Shares in Hyundai have surged on the announcement that the vehicle manufacturer is in talks with Apple over a possible electric car tie-up. In a statement the Republic of Korea company stressed that discussions were "at an early stage, nothing has been decided," noting that Apple is in talks with several car firms about the potential of an electric car development project. The U.S. tech giant has so far declined to comment publicly but the rumours sent Hyundai shares up 20 percent to a six-year high on the KOSPI in Seoul by mid-morning.

Meanwhile, global demand for semiconductor chips is impacting car production, as suppliers give delivery preference to tech firms, according to auto industry chiefs. Germany's Volkswagen said it expected to produce 100,000 fewer cars in the first quarter of the year due to a shortage of chips impacting its production chain. Japan's third largest car maker Honda has said it, too, is expecting lower-than-usual volumes of new vehicles due to shortages and similar problems are reported at Renault and GM. The boom in electric car development has increased demand for semiconductors, but a jump in demand as firms go back into production after lockdown has led to a global shortage and car bosses claim they are losing out to tech firms such as Apple, which pay a higher contract price.

Swiss banking giant Credit Suisse says it expects to post a fourth-quarter loss, after setting aside an extra  $850 million to settle long-running legal cases in the U.S. arising from the sale of mortgage-backed securities before the 2008 Global Financial Crisis. This latest provision brings the total loss made by Credit Suisse for settling the dispute to $1.1bn. It follows a ruling in November against the bank by a single bond insurer, New York's MBIA, that is expected to result in an extra $680m penalty. The Geneva-based firm says it believes it has strong grounds for appeal, but plans to refocus its long-term business on private equity and the management of collateralized loan obligations.

Boeing will pay more than $2.5 billion in fines and compensation after reaching a settlement with U.S. lawmakers over two plane crashes that killed a total of 346 people. The Seattle-based aerospace giant had been facing charges that it defrauded the U.S. Federal Aviation Administration when it first won approval for use of its flawed 737 Max jet. The settlement allows Boeing to avoid prosecution, fines and compensation to airlines and families over conspiracy charges related to the plane's design. The deal with the U.S. Justice Department ends a 21-month investigation into the design and development of the 737 MAX following the two crashes, in Indonesia and Ethiopia in 2018 and 2019, respectively.

UK retailers are scaling back their European operations, blaming confusion over Brexit rules as the new trading conditions get under way. The closure-hit department store Debenhams says it is halting online sales to Ireland due to the "uncertainty post-Brexit." The firm, which is slowly winding down its business after announcing liquidation last month, says it cannot guarantee deliveries to customers in Ireland and has switched off its Irish website. Rival John Lewis is scrapping overseas deliveries completely and says it intends to focus instead on its core UK business, while online fashion group ASOS is suspending deliveries to Italy, Germany and France.

Meanwhile, UK-based multinational Marks & Spencer has posted revenues down 8.2 percent in the 13 weeks to Christmas in its core clothing and homewares division, despite a modest rise in food sales. Revenues for the period were down $3.4 billion, while international revenues fell further by 10.4 percent. The firm has blamed "on-off restrictions and distortions in demand patterns" due to the coronavirus crisis and warned that post-Brexit administration and tariffs are likely to "significantly impact" business in Ireland and Czechia, as well as its franchises in France.

Elsewhere, ferry operator Stena Lines has cancelled sailings due between Ireland and the UK in coming days, citing travel restrictions and a fall in freight volumes during the early new year Brexit period.

UK house prices rose again last year by 6 percent overall, according to one of the country's biggest lenders, Halifax. The desire for larger and better living space and where possible a garden, by the growing number of homeworkers, combined with the holiday on stamp duty tax on sales, meant that prices "soared" in the second half of last year, according to Halifax. But the lender, part of Lloyds Banking Group, warns that the more sombre economic outlook in 2021 means activity in the UK's hard-pressed housing market is likely to slow this year.

Shares in Hong Kong-listed Chinese firms have jumped, as investors seek bargain deals following the news that the NYSE is to delist three Chinese telecoms firms. President Trump is reportedly considering expanding his blacklist of Chinese firms barred from U.S. trading to 35 corporates, including giants Alibaba and Tencent, before leaving office in less than two weeks. As U.S. investors have rushed to offload their holdings, the price of stock in China Railway Construction Corp and China-Hong Kong Connect have roughly tripled, with Asian investors hopeful the new Biden administration will swiftly reverse the legislation on taking office.

Meanwhile, shares in Tesla have surged to a record high amid heavy trading volumes in the U.S.. The value of stock in the electric car maker now outstrips that of Facebook, jumping nearly 8 percent in a single session to close at $816. Tesla now has a market capitalization of $774 billion and is Wall Street's fifth-most-valuable company, behind Google parent Alphabet and ahead of Facebook. The rise in Tesla's value has made Elon Musk the world's richest man, with a net personal wealth of  $188.5 billion, surpassing that of Amazon's Jeff Bezos.

The UK's competition watchdog is to launch an investigation into plans by Google to remove third-party cookies and other functions from its Chrome browser. It comes amid concern that the changes could further concentrate advertising spend at Google's core platforms at the expense of competitors, according to the Competition and Markets Authority.

Despite the pandemic, the combined worth of venture capital deals rose to nearly $130 billion last year, with total investment up 14 percent, according to new data. So-called "mega-round" deals valued at more than $100 million also hit a record high, according to researchers CB Insight, with demand for opportunities among tech firms concentrated at the middle stage of development rather than for those seeking backers at the critical early "seed" stage.

Global tech giants have been acting to curtail US President Donald Trump's social media activities after Wednesday's scenes of unrest in Washington DC. CGTN Europe spoke to Robert Gutsche, associate professor of sociology at Lancaster University and editor of The Trump Presidency, Journalism, and Democracy, and asked him about the response among U.S. voters about the social media action.

The first reaction for a lot of folks of is, they make a decision to ban hate speech that leads to violence when it affects a lot of white protesters ... but where was this action when Black Lives Matter protesters were being beaten? When there were people in Portland being beaten by contract military workers? I think that's one of the main questions that's coming to the forefront here. And that has implications for the technology companies about how and when are they making the decisions about when to silence something.

What does this say about the power of social media versus that of government?

For a lot of citizens in the United States they think the First Amendment, which protects this notion of free speech, applies to technology companies, that they can go on to Facebook, Instagram or Twitter and say whatever they want... but it doesn't. Those are private companies. They've been skirting around legislation and regulation by the U.S. government... So I think there's a lot of concern because what's happened is that the government is supposed to, in the U.S. context, provide a landscape, a place for people to come and have discourse but it's really the tech companies that have come up and now they are serving that function but they don't have to abide by the same rules or protections that the government offers its citizens.

How hard is it to quantify the support social media is giving to right-wing groups?

At the same time, you have organizations like "Black Lives Matter" or the "#Metoo" movement coming together, and you have debate still about the Arab Spring and the use of social media as a way to organize [that]. But you have right-wing or very right-wing organizations that on social media yesterday were planning how they were going to get together and storm the Capitol ... and Donald Trump sitting there stoking the fire. Where do we provide a certain level of freedom and support for people to communicate ... but also protect people from harm? Perhaps now if Donald Trump is silenced a bit, but then the question becomes, is that really the thing we want - public officials being silenced by private companies?

WATCH: Despite COVID-19 restrictions, many Christians continued to mark Epiphany in events across Europe. 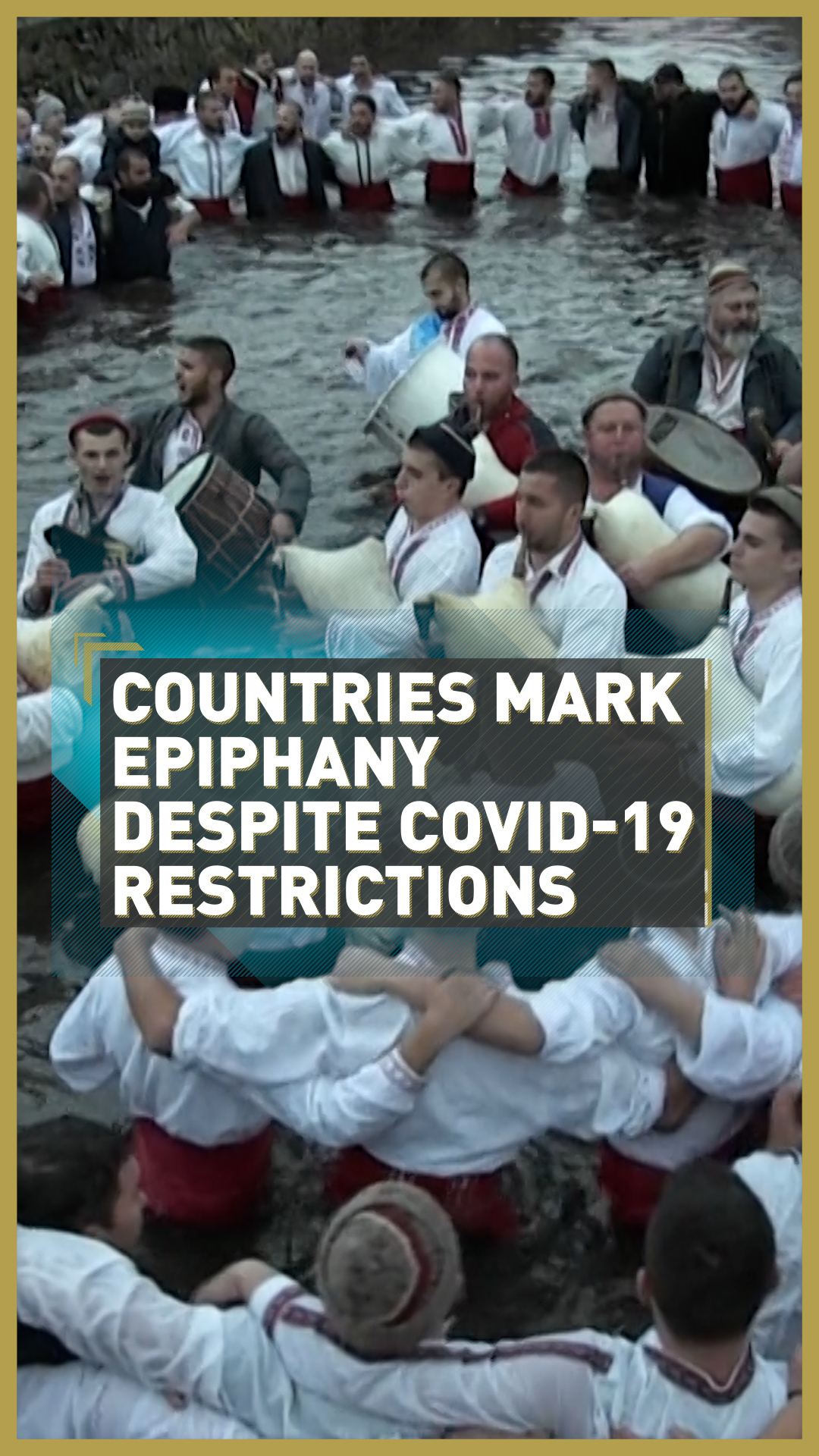 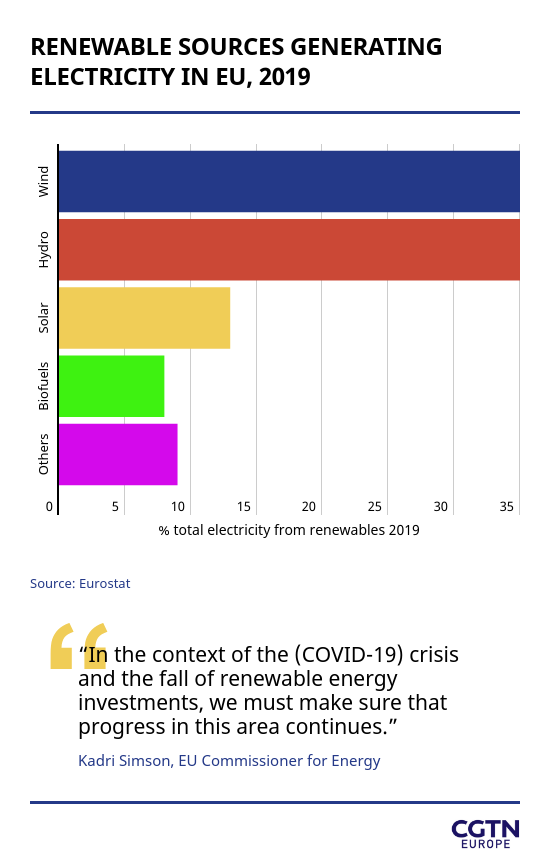