Download
From cows to COVID-19: The history of vaccines
Gary Parkinson 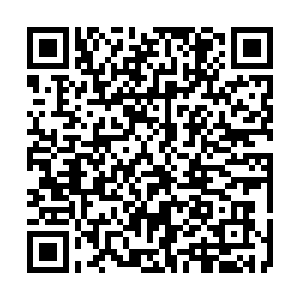 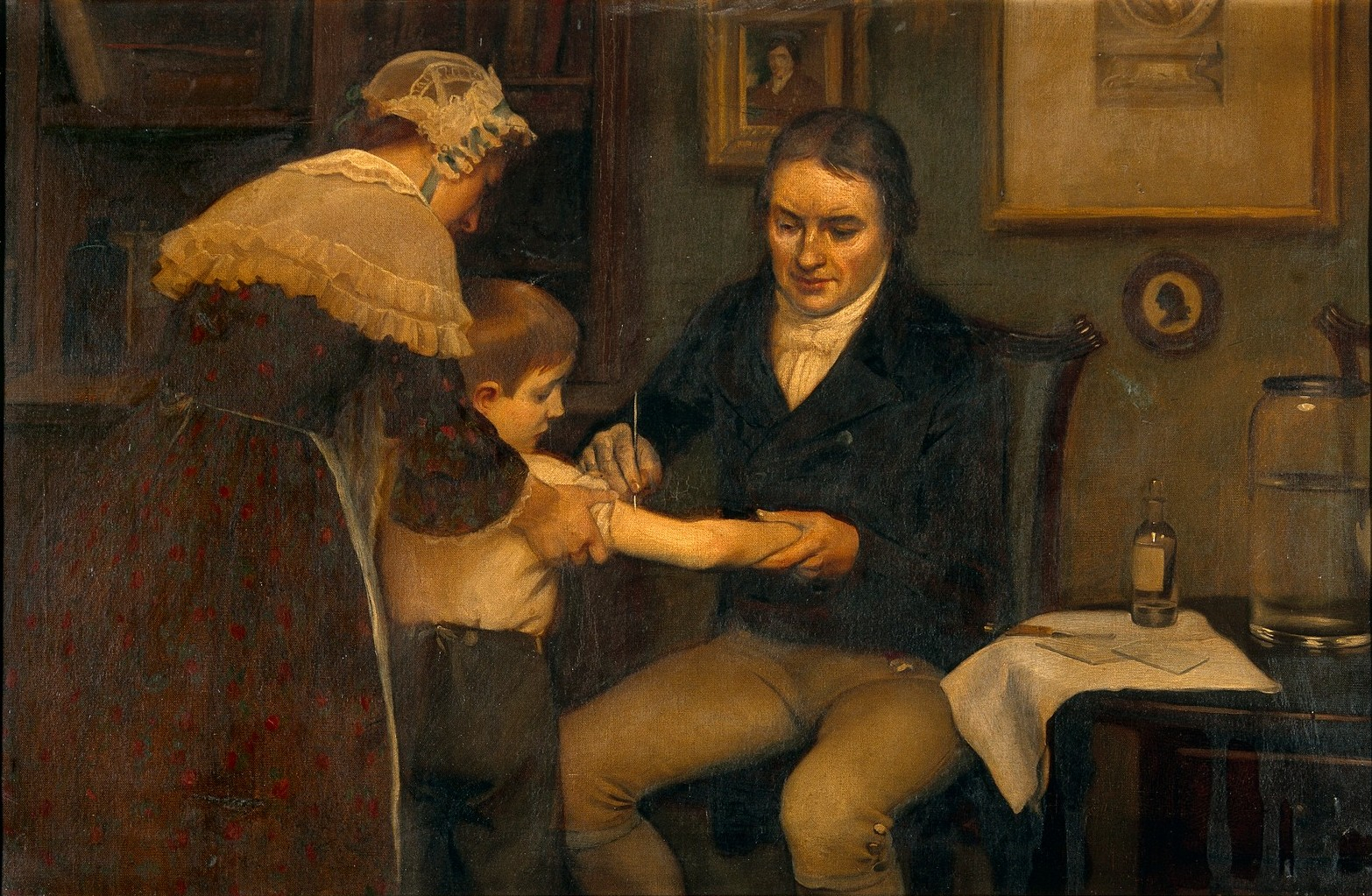 The first proper vaccination is generally said to have taken place in 1796, when an English physician called Edward Jenner injected an eight-year-old boy to protect him from smallpox. But as is so often the case, the story goes back much further – and farther away from Europe – than that.

Evidence suggests that as far back as 1000 CE, Chinese medics practiced what is now called variolation – rubbing or inserting powdered smallpox scabs into small scratches on the skin in order to protect the recipient against smallpox. (Variola – late Latin for "pustule" – is the medical name for the smallpox virus.)

As is usually the case with good ideas as well as bad diseases, this spread – through India and Turkey into Africa and the Middle East and, by the 18th century, to Europe and its new settlements in America. One early example over the Atlantic came in 1706 when Puritan minister Cotton Mather learnt of the technique from his slave Onesimus, who had been variolated in West Africa.

Encouraged by Onesimus, Mather arranged for the superbly named surgeon Zabdiel Boylston to variolate 300 patients, of whom only six died – compared with a one-in-six ratio of the unvariolated victims. Boylston sailed across to England to spread the word.

In 1769, the English doctor Thomas Dimsdale was invited to St Petersburg to variolate Catherine the Great of Russia, not to mention her 14-year-old son and 140 prominent court members. It went so well that he was ennobled Baron Dimsdale by a grateful Catherine. Back across the Atlantic, in 1775 George Washington ordered that his entire army be variolated.

The switch from variolation to vaccination started in the 1790s with Jenner. Pondering the reasons for the common-lore knowledge that milkmaids were generally immune to smallpox, he wondered if they were made safe by the pus from cowpox – similar to smallpox but much less severe. The word vaccine comes from vacca, the Latin for cow.

On May 14, 1796, he inoculated his gardener's son, eight-year-old James Phipps, with pus from the cowpox blisters on the hands of milkmaid Sarah Nelmes. (The hide of Blossom, the cow from whom she caught it, now hangs on the wall of St George's medical school library in London.)

The boy developed a fever but no infection and humankind had a great medical breakthrough, rapidly switching course as the disease still raged, killing hundreds of thousands per year. In 1805 Russia made variolation illegal and in 1853 England made infant vaccination compulsory. 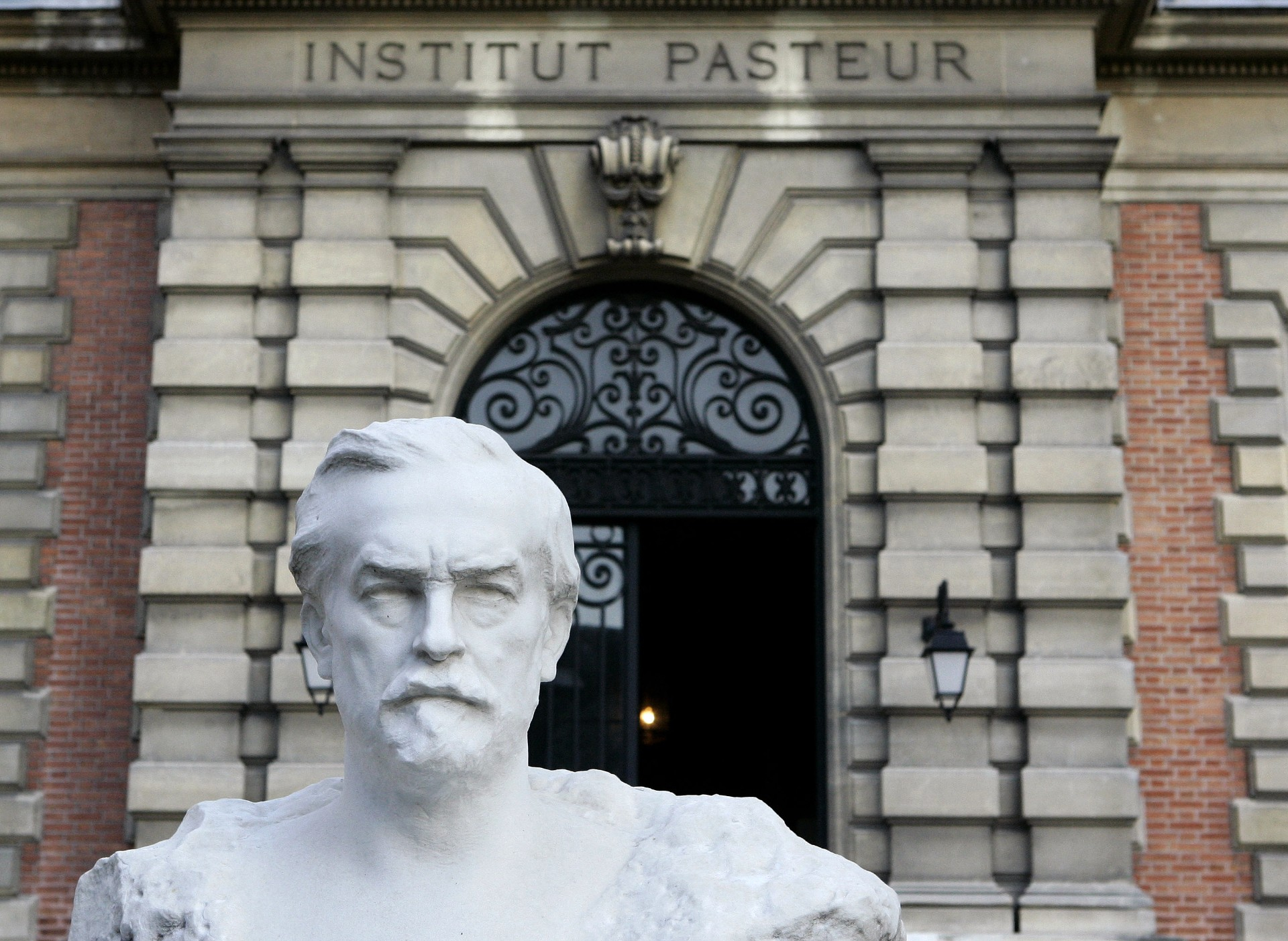 A bust of Louis Pasteur outside the institute he set up. /Francois Mori/AP

A bust of Louis Pasteur outside the institute he set up. /Francois Mori/AP

What was needed was vaccines against more diseases, and in the late 19th century European scientists delivered a flurry of them. First, in 1879, came the first live attenuated bacterial vaccine – partly by absent-minded accident.

Louis Pasteur was a remarkable French biologist, but even remarkable French biologists need holidays and Pasteur, before disappearing en vacances, asked his assistant Charles Chamberland to inject some test chickens with cholera. As you might by now have guessed, Chamberland forgot – for almost a month, by which time the chicken cholera culture had weakened and the chickens survived.

When they also fought off a more virulent sample that had killed other chickens, Pasteur realized they had been accidentally immunized by exposure to the weaker strain – less lethal but still alive, or 'attenuated' to use the scientific word. He quickly created the world's first live attenuated bacterial vaccine.

Over the border in Germany, a similarly brilliant biologist called Robert Koch had also made great strides in scientific understanding. In 1876 Koch, whose name now adorns the public health institute leading Germany's fight against COVID-19, became the first to prove a specific bacterium caused a disease – anthrax, from Bacillus anthracis.

In 1882, he did the same for tuberculosis (previously thought an inherited disease) and in 1884, for cholera. Presumably invigorated by all this success, in 1893, just before turning 50, he divorced his wife of 26 years to marry a 21-year-old actress. 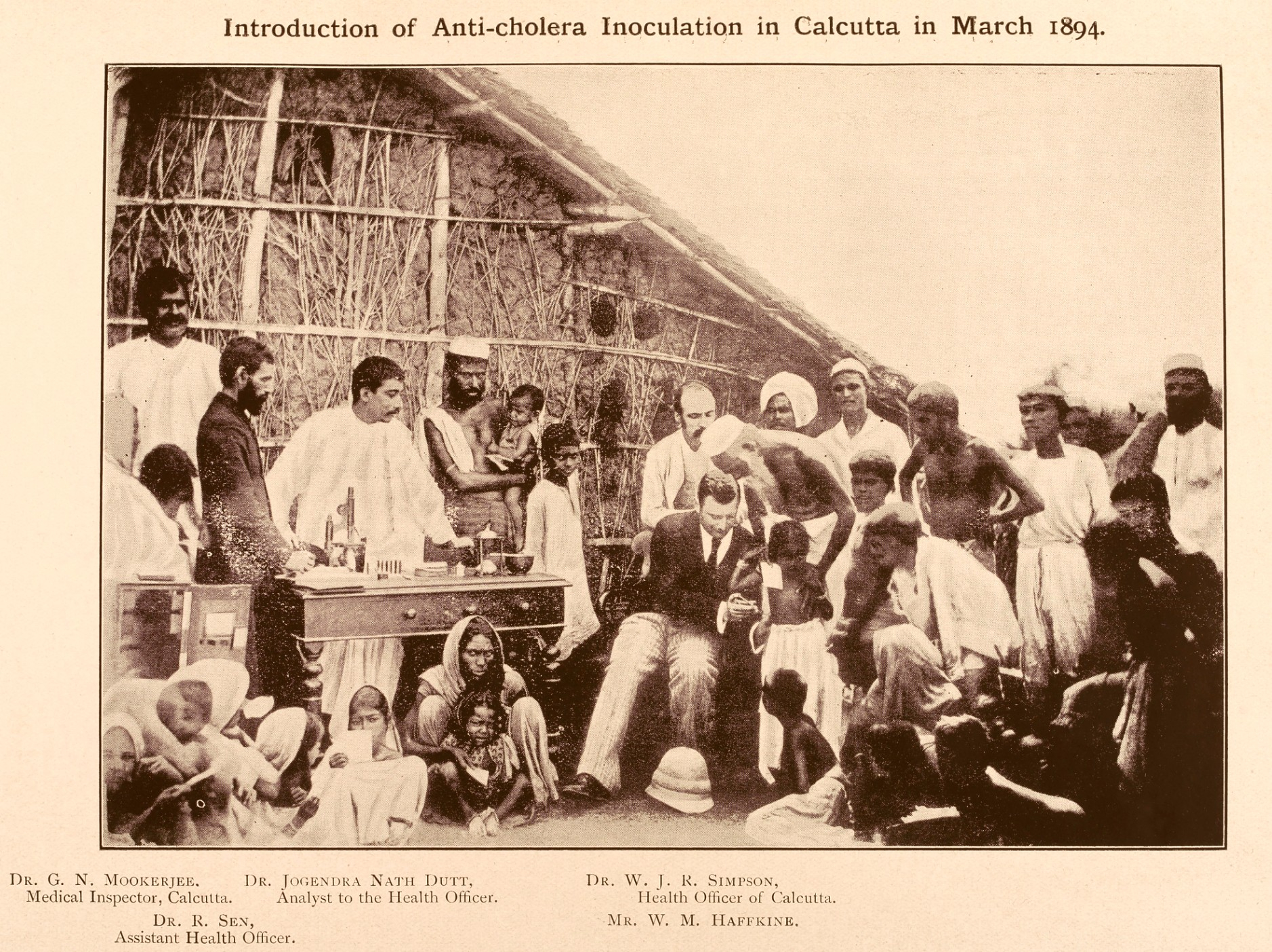 Back in Germany, Koch's assistant Wilhelm Kolle had a busy 1896. He introduced a heat-killed vaccine for cholera that was significantly easier to prepare than the previous version, and this remained the basis of the cholera vaccine for much of the next century. He also helped develop the first typhoid vaccine, alongside compatriot Richard Pfeiffer and Englishman Almroth Wright.

Pfeiffer then set off to India to investigate bubonic plague, for which a vaccine was developed that year by Waldemar Haffkine, who was promptly knighted by Queen Victoria. Haffkine, who had joined the Pasteur Institute as a librarian because it was the only job available there, had risked his own life in 1892 by injecting himself with his then-unproven cholera vaccine.

It was a busy time, but not everything was triumph. In 1901 in the U.S. city of St Louis, 13 children died of tetanus-contaminated diphtheria antitoxin, later blamed on a former milk-wagon horse called Jim who had been quietly providing serum for years before succumbing to tetanus.

At around the same time, nine children in New Jersey died from tetanus-tainted smallpox vaccine. Governments tightened regulations, but elements of distrust remained.

Still the scientists strove to save us from disease, and the horrific scale of death from the 'Spanish' flu – misnamed mainly because media in Spain, neutral in War War I, reported the outbreak more freely than combatant nations – helped win hearts and focus minds.

Another Pasteur Institute hero, Albert Calmette, developed the first vaccine for tuberculosis in 1921. Vaccines for diphtheria, scarlet fever and whooping cough followed that decade, and then the 1930s brought the first vaccines against yellow fever, typhus and influenza. 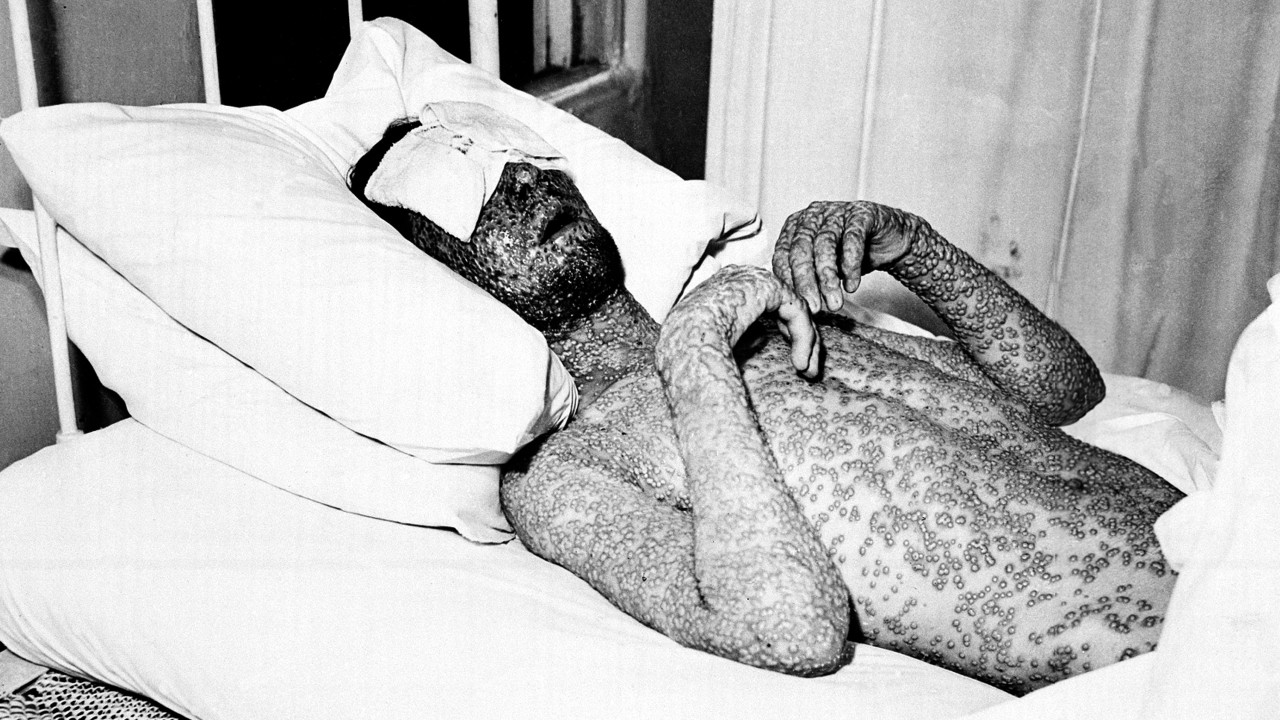 A smallpox sufferer in New York, 1941, whose image was used in a public health campaign urging vaccination. /AP Photo

A smallpox sufferer in New York, 1941, whose image was used in a public health campaign urging vaccination. /AP Photo

And then, in 1979, came a sign of what can happen when the human species combines brilliance with diligence. In 1958, Soviet Union deputy health minister Viktor Zhdanov had called on the World Health Assembly to start a global initiative to eradicate smallpox.

The process was simple but daunting: Any outbreak had to be stopped by isolating cases and vaccinating everyone close by. The last major European outbreak was in 1972 in Yugoslavia; by the end of 1975 the disease's only outpost was the Horn of Africa.

On December 9, 1979, scientists cautiously but gratefully announced the eradication of smallpox – a disease which had literally plagued humans for millennia, and has been estimated to have killed half a billion just in its final century.

By that point, more than 180 years had passed between the invention of a smallpox vaccine and the eradication of the disease. Perhaps curiously, it remains the only infectious disease officially eradicated by vaccine – although many others are now safely under control.

New challenges continue to arise. As humanity faces the curse of COVID-19, it can be thankful for record-breaking speed at which vaccines for this new plague have been produced.

Even in the latter half of the 20th century, it took four decades to find a cure for Ebola, while even now there is no vaccine against AIDS, SARS, MERS or Zika. But thanks to an unprecedented effort, several vaccines against COVID-19 were presented within mere months of the outbreak.

For that, we can be grateful for the efforts of scientists, building upon banks of knowledge to bring us the microscopic medical marvels we know as vaccines.