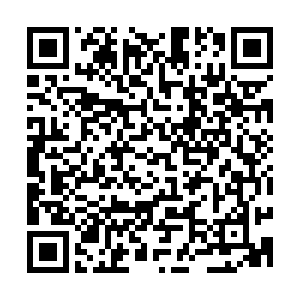 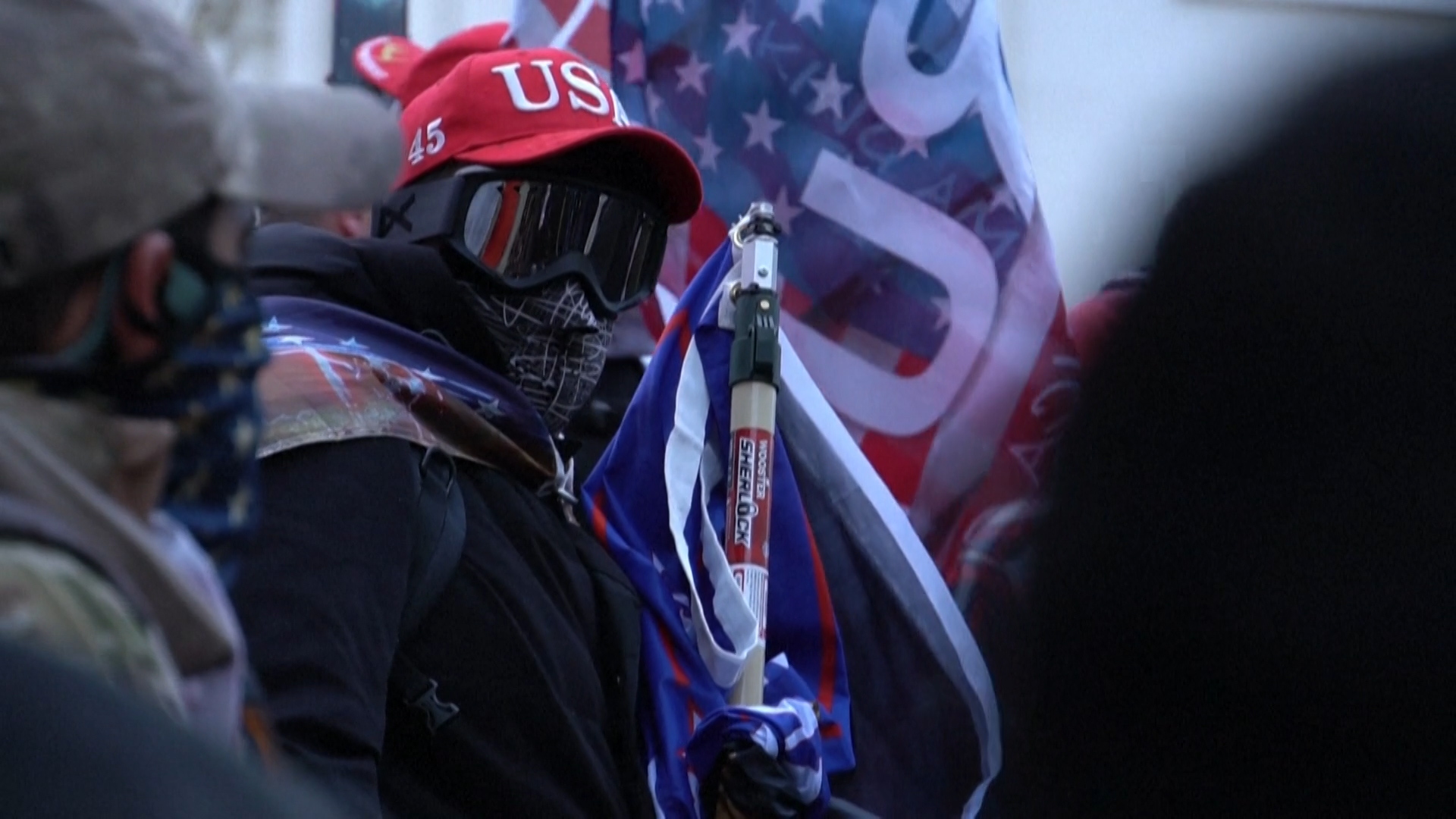 As chaos unfolded across the Atlantic, leaders in Europe were condemning the violence seen in Washington DC, in the U.S.. Here is a selection of the responses: 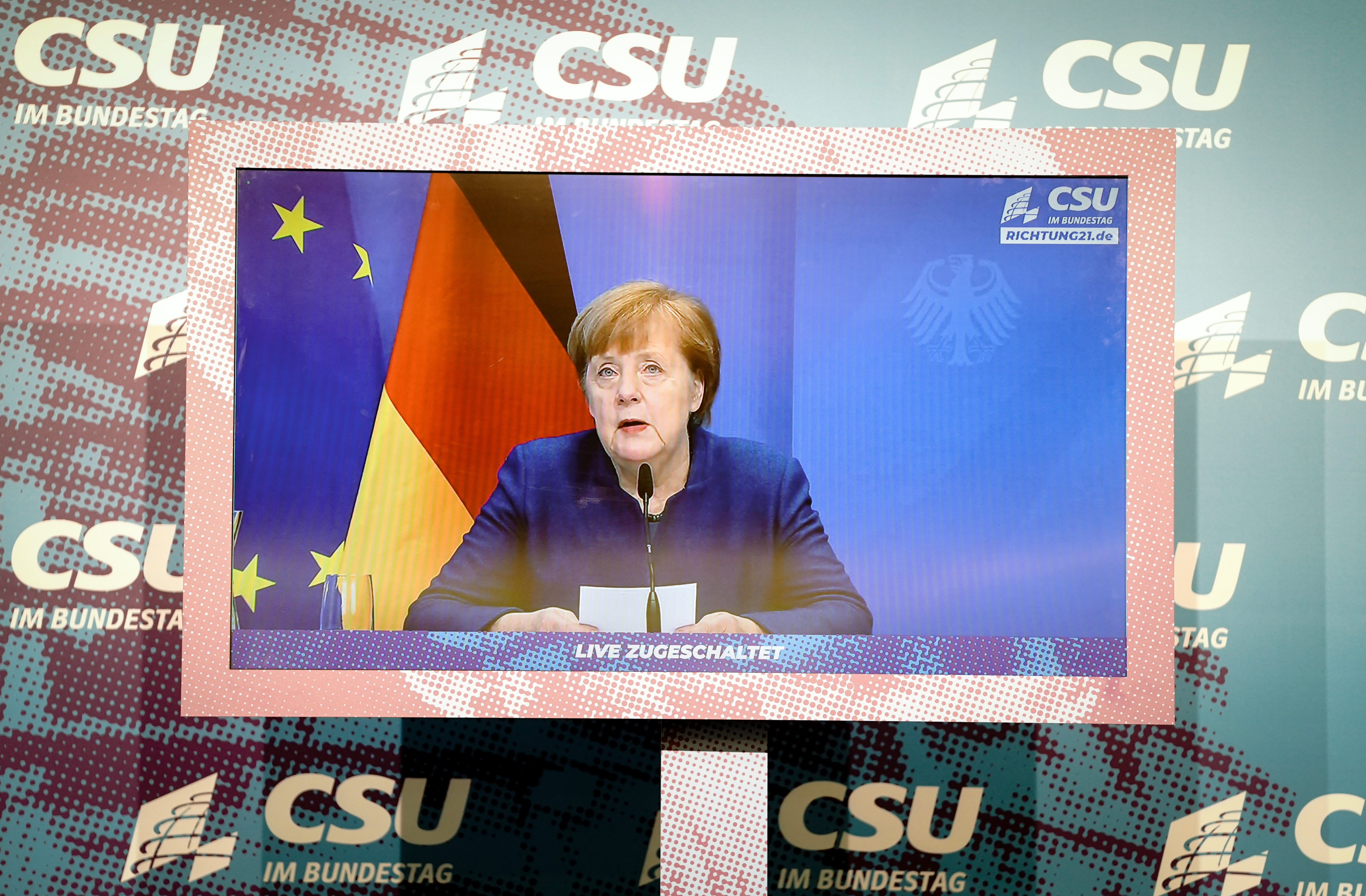 Merkel made her comments during her party's web conference. /Kay Nietfeld/AFP

Merkel made her comments during her party's web conference. /Kay Nietfeld/AFP

"These pictures made me angry and sad.

"I deeply regret that President Trump has not conceded his defeat, since November and again yesterday. Doubts about the election outcome were stoked and created the atmosphere that made the events of last night possible."

She said her shock was shared by the "millions of people who admire America's democratic tradition."

The reaction of President-elect Joe Biden and "many reactions from both major parties of the U.S." reassured her "that this democracy will prove to be much stronger than the attackers and rioters."

She lamented the "tragic" loss of life in the chaotic scenes but said the fact that lawmakers had returned to work overnight was a "sign of hope."

"I am sure that American democracy will prove to be much stronger than the aggressors and rioters."

"Deeply concerning scenes from the U.S. Capitol tonight. Democratic votes must be respected. We are certain the U.S. will ensure that the rules of democracy are protected."

"The scenes from the U.S. Capitol show how dangerous the rhetoric of hatred is. Contempt for democratic institutions erodes citizens' rights and can undermine political order. I trust the democratic and peaceful process will be restored soon."

"All should be very troubled by the violence taking place in Washington DC.

"We hope American democracy is resilient, deeply rooted and will overcome this crisis. Democracy presupposes peaceful protest, but violence and death threats – from left or right – are ALWAYS wrong." 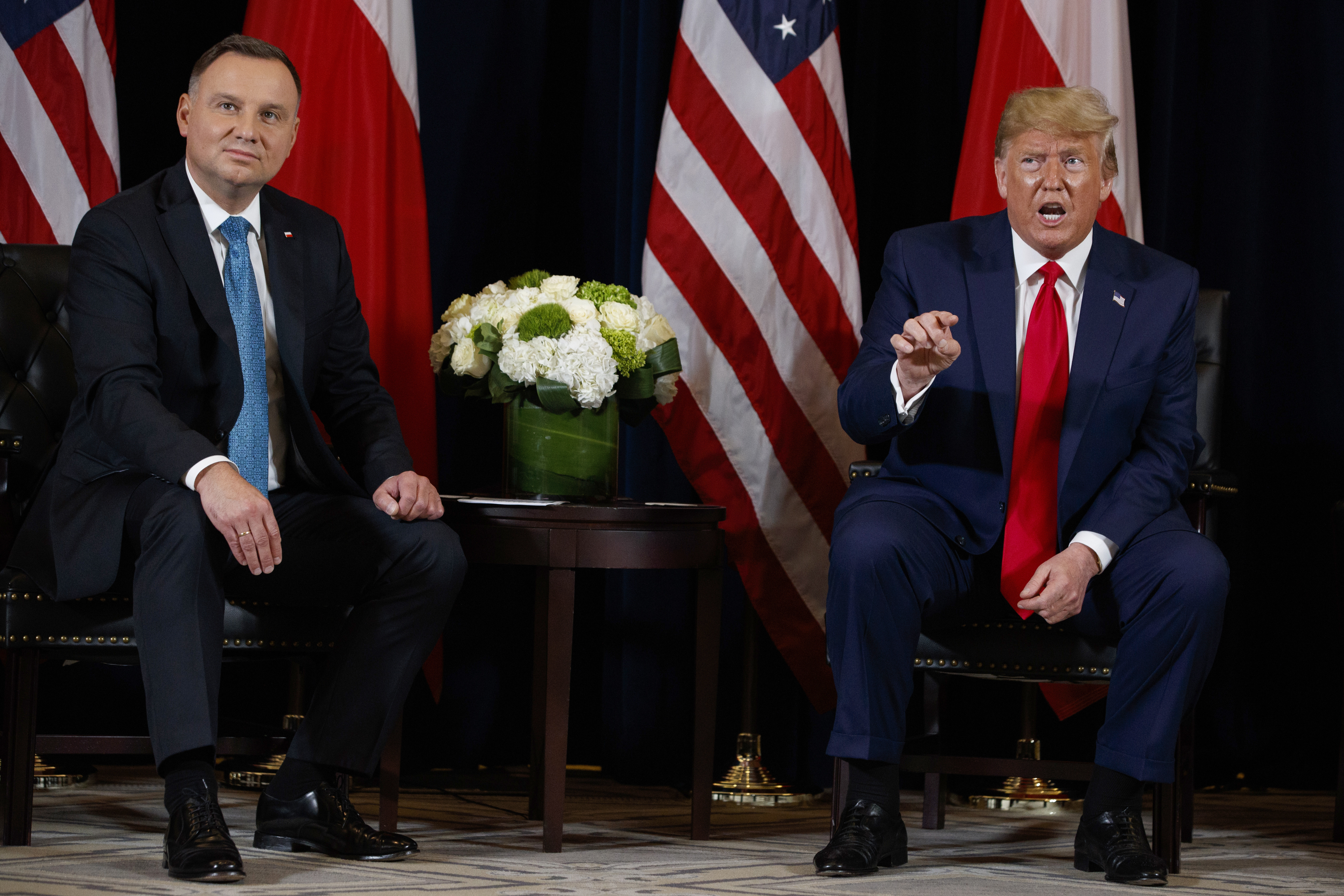 Duda has been a close Trump ally, and did not congratulate Biden on his victory until more than a month after the election. He described the events as "an internal issue for the United States… a democratic state."

He added: "Power depends on the will of the voters and the security of the state and its citizens is supervised by the services appointed for this purpose. Poland believes in the power of American democracy."

"The looting and violence at the U.S. Senate are not a good example for countries where democracy is fighting hard for a place in the sun. Given the emotions sparked by the U.S. presidential election, we could expect today's session to be far from ordinary. Where were the police and the Senate bodyguards...?" 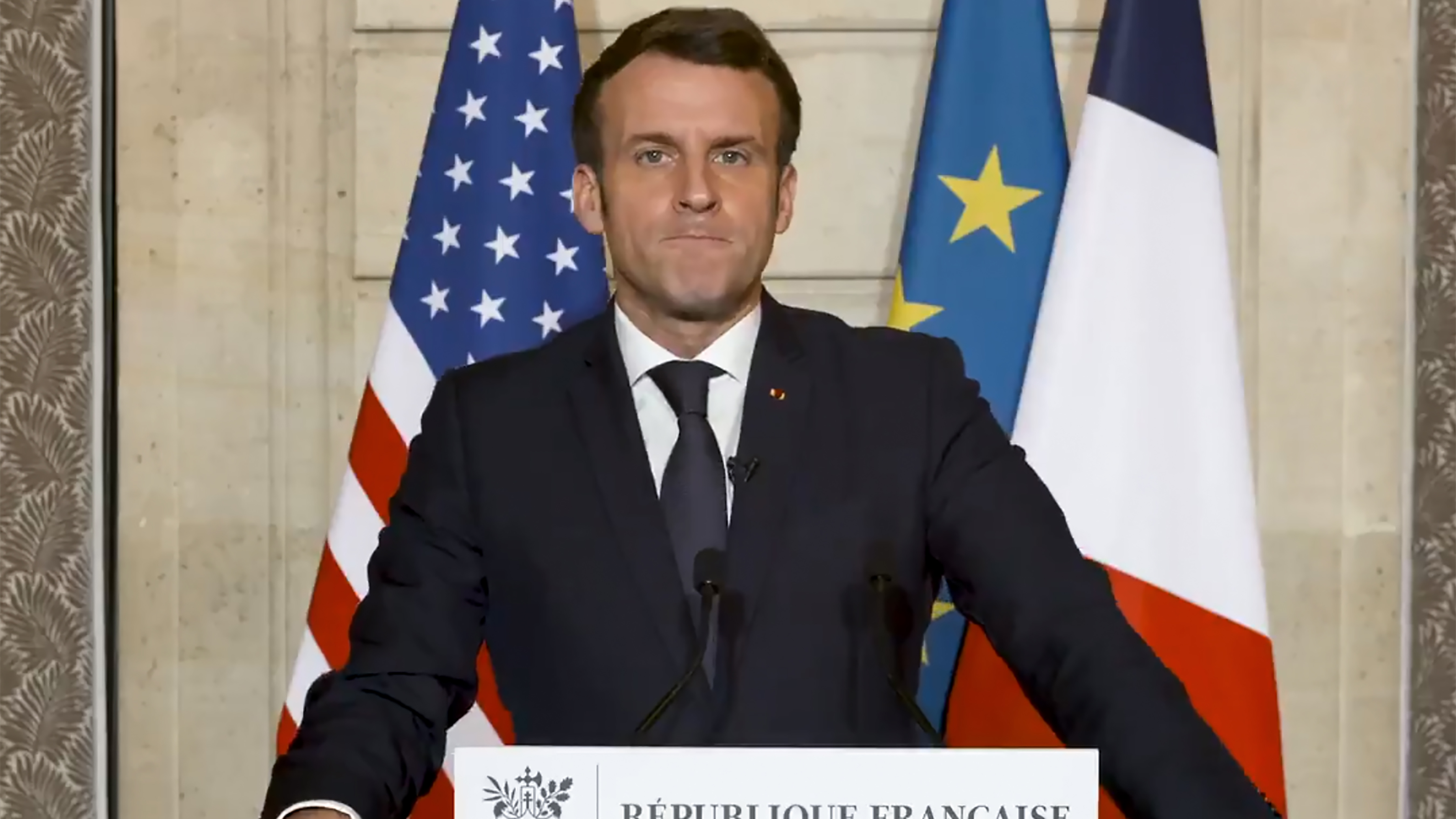 France's President Macron sent a video message about the ties between his country and the U.S.. /AFP/@EmmanuelMacron

France's President Macron sent a video message about the ties between his country and the U.S.. /AFP/@EmmanuelMacron

"Since the 18th century, the U.S. and France have shared a commitment to freedom and democracy... we will not yield to the violence of a few individuals." 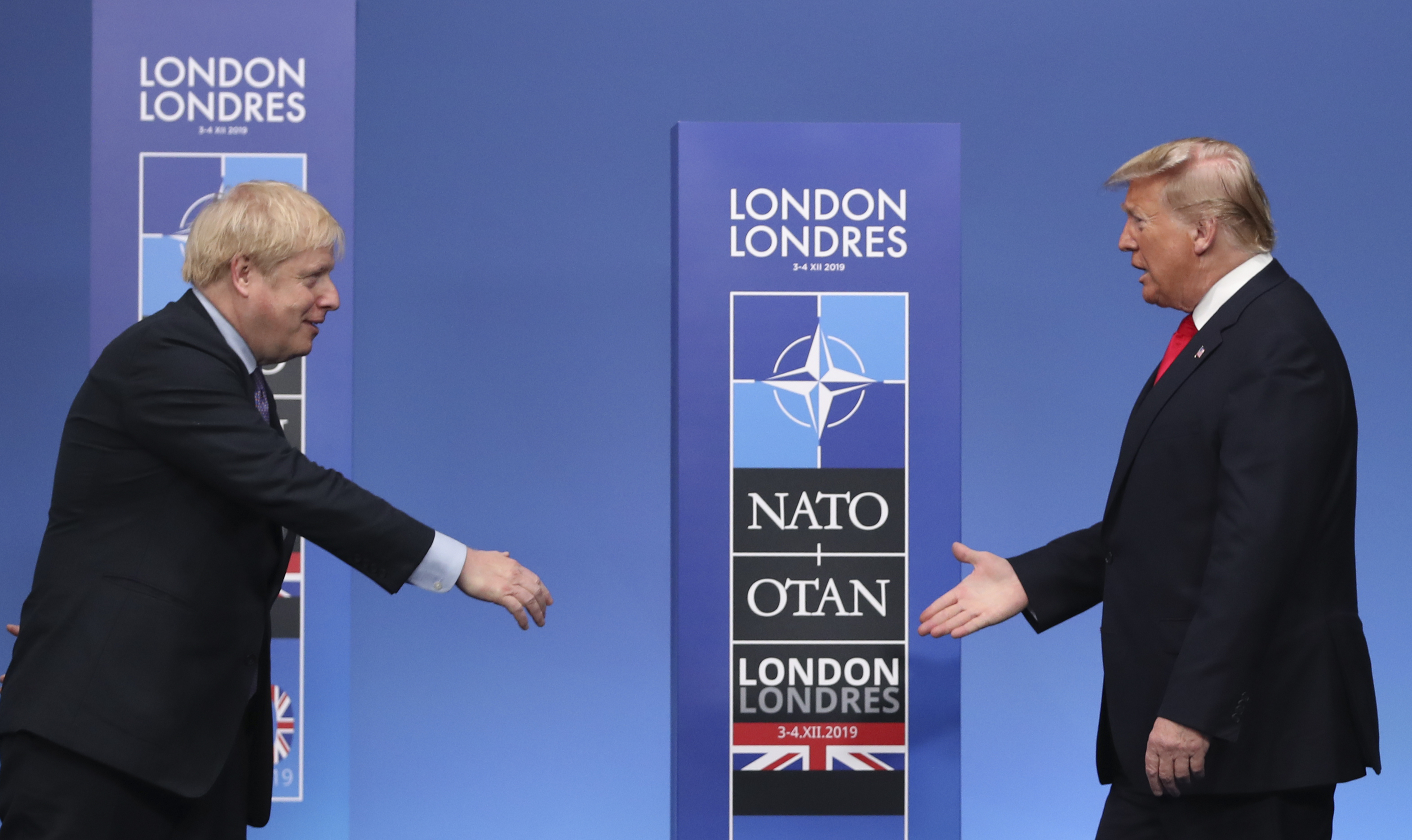 At the end of 2019, UK prime minister Johnson welcomed President Trump and other leaders for the organization's annual conference / AP/ Francisco Seco

At the end of 2019, UK prime minister Johnson welcomed President Trump and other leaders for the organization's annual conference / AP/ Francisco Seco

"Disgraceful scenes in U.S. Congress. The United States stands for democracy around the world and it is now vital that there should be a peaceful and orderly transfer of power."

"The Irish people have a deep connection with the United States of America, built up over many generations. I know that many, like me, will be watching the scenes unfolding in Washington DC with great concern and dismay."

"I trust in the strength of America's democracy. The new presidency of Joe Biden will overcome this time of tension, uniting the American people."

"We call on all parties in the U.S. to maintain restraint and procedure. We believe the U.S. will overcome this internal political crisis in a mature manner." 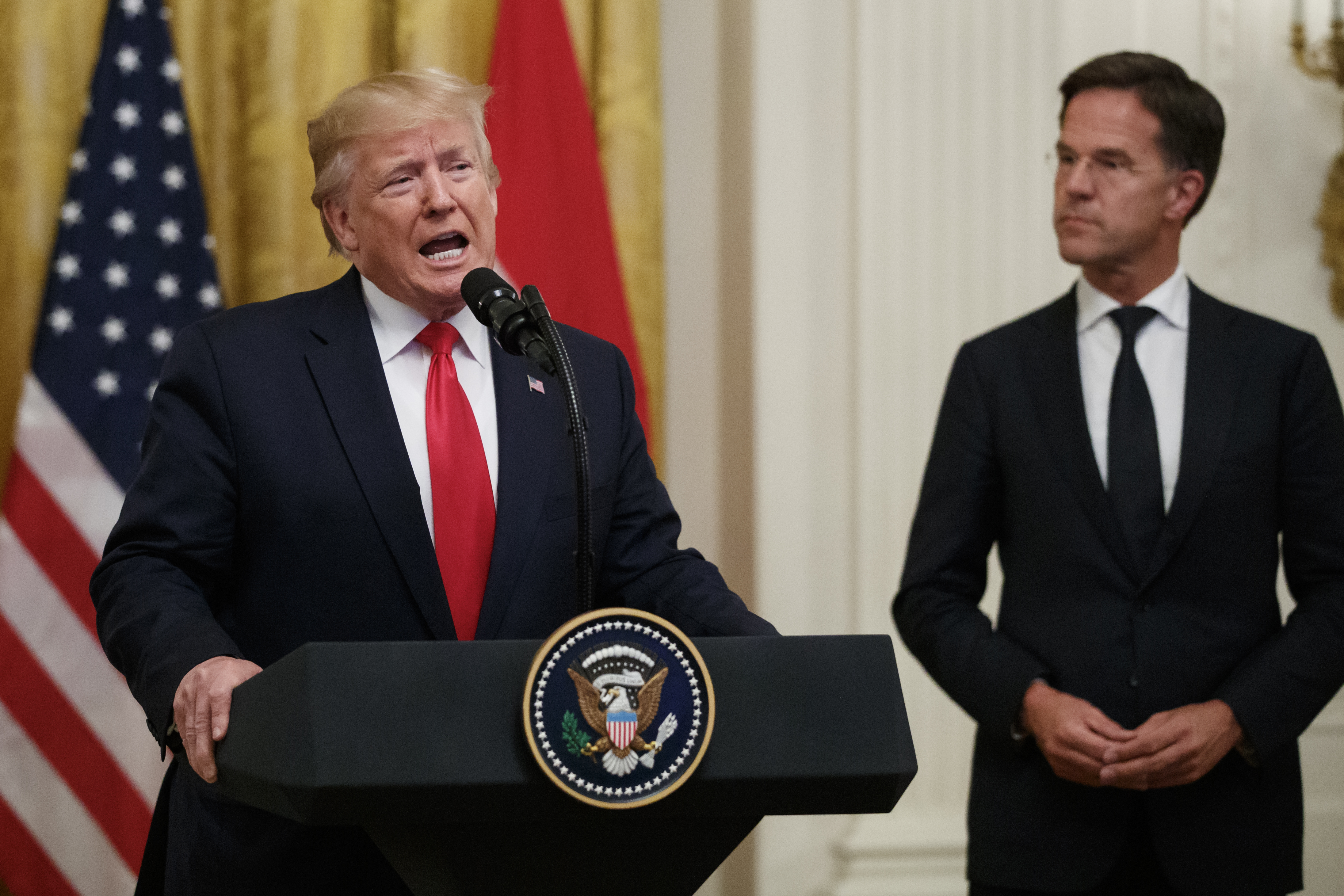 The Dutch leader is known for his straight-talking style of diplomacy and that was evident in his short but direct tweet.

"Extremely troubled by the violence and horrible events taking place in Washington DC. American democracy is resilient, deeply rooted and will overcome this crisis."

Lindsay Hoyle, UK's speaker of the House of Commons

Although he's not a national leader, a special mention goes to Lindsay Hoyle, the speaker in the UK parliament's lower house, who sent this heartfelt letter to Nancy Pelosi – the speaker of the House of Representatives in the U.S.. 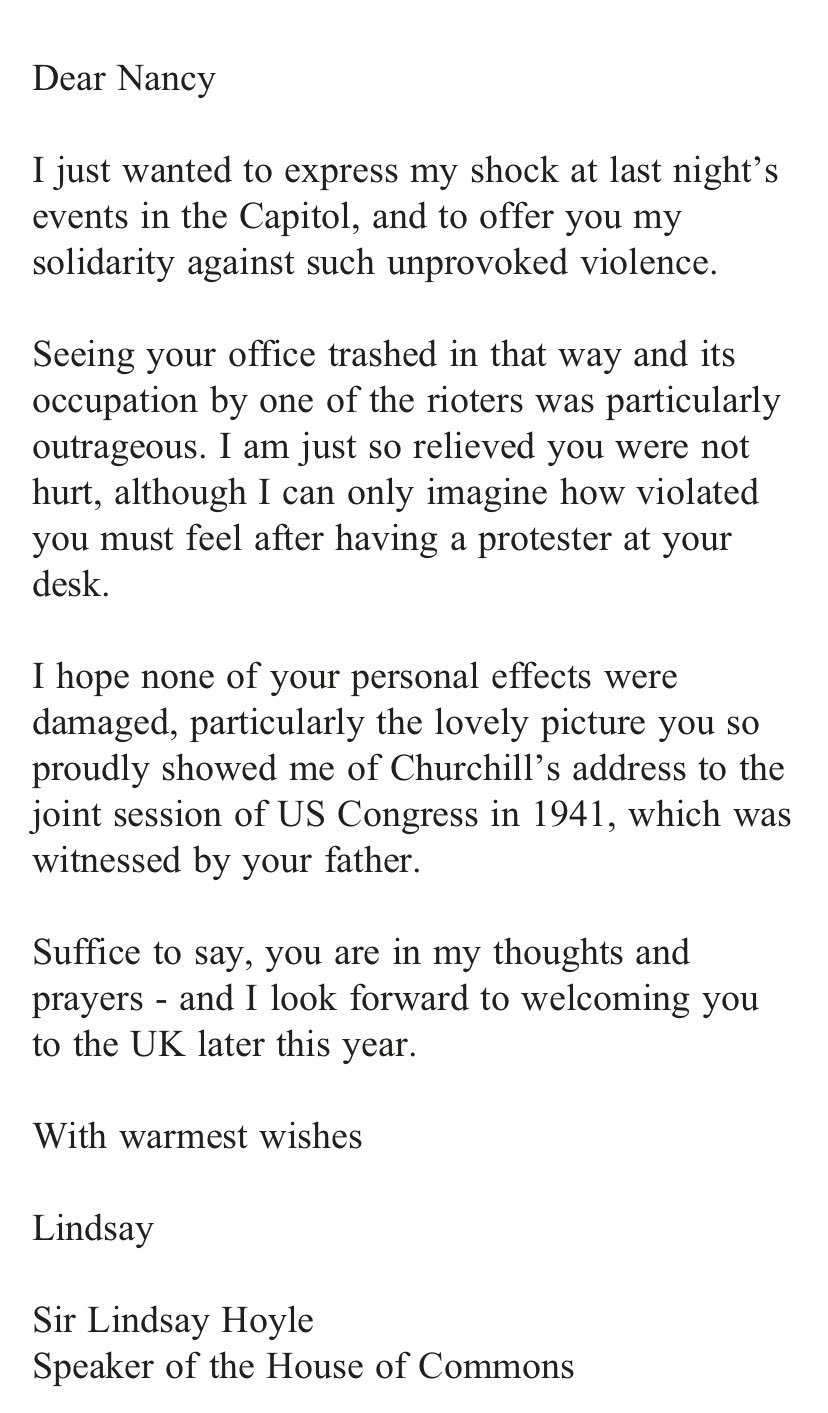