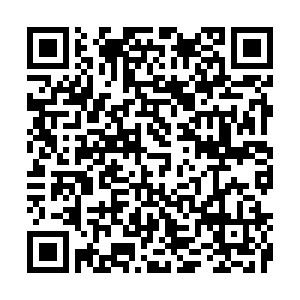 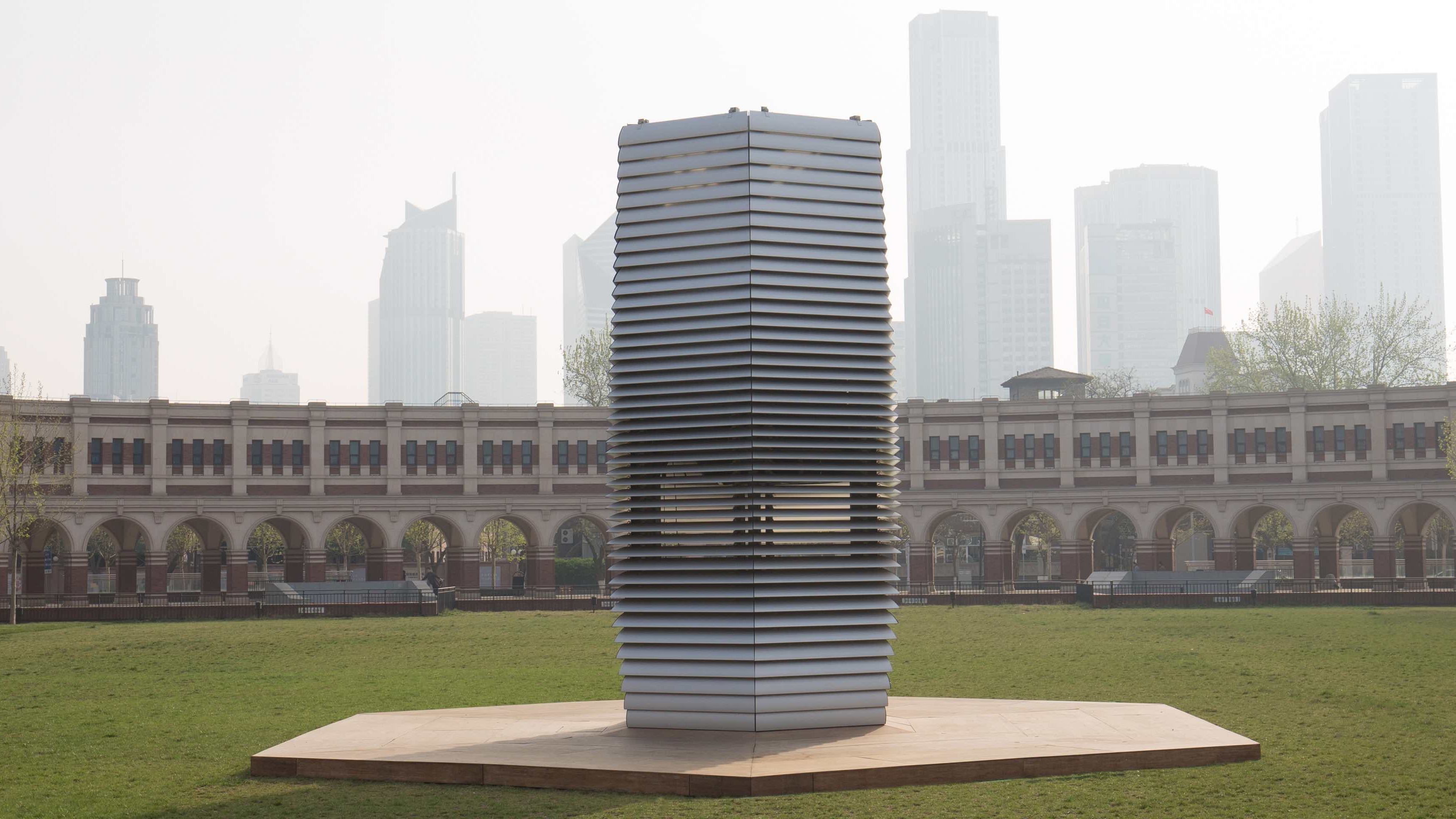 The 7-meter monoliths are like mini skyscrapers and use patented ionization technology to clean the air. /Daan Roosegaarde

The 7-meter monoliths are like mini skyscrapers and use patented ionization technology to clean the air. /Daan Roosegaarde

Daan Roosegaarde is a Dutch artist and self-proclaimed innovator, whose next project is "a mission for clean air," which has so far spread from his native Netherlands to China – with some European stops along the way.

Studio Roosegaarde's 7-meter tall "SMOG-FREE TOWER" claims to be the world's first smog vacuum cleaner. So far, it's been used to provide clean air for public spaces such as parks by recycling 30,000 cubic meters of air each hour.

At least four towers have been erected in parks in the Netherlands, Poland, South Korea and China.

It is part of the artist's message: "True beauty is not a Louis Vuitton bag or a Ferrari, but clean air and clean energy." 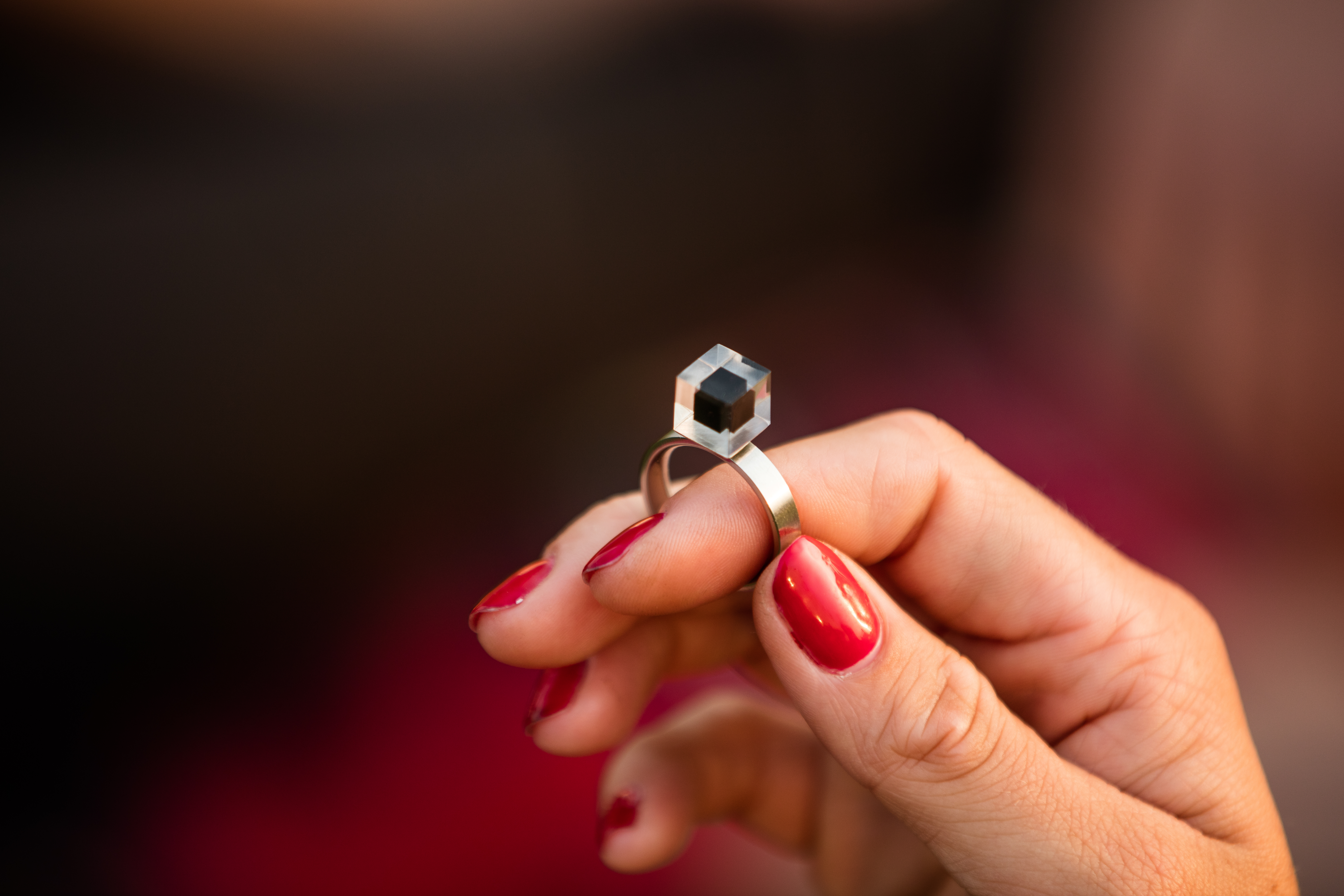 Would you say yes to a ring like this? The artist sells the compressed particles as Jewelry. /Daan Roosegaarde

Would you say yes to a ring like this? The artist sells the compressed particles as Jewelry. /Daan Roosegaarde

But true beauty can also be found in so-called "Smog-Free Cubes."

These jewel-like structures are created by the towers by compressing the impurities extracted from the air. They can be attached to cufflinks or rings to serve as a permanent reminder of the clean air project. 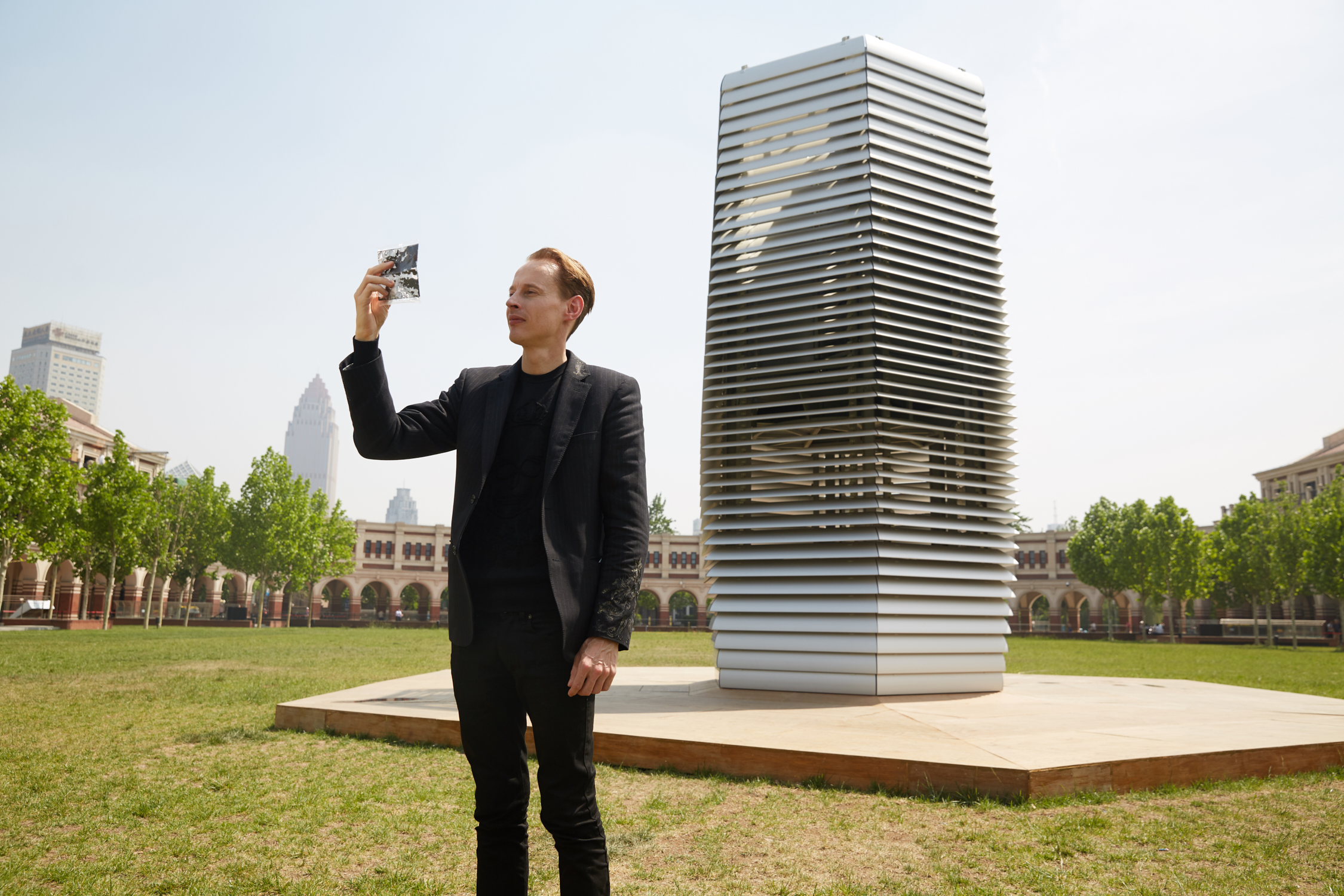 The next tower will be built in India, according to the studio. There are already towers in Rotterdam, Beijing, Tianjin, Dalian and Krakow.

In the Americas, Roosegaarde worked with students at a university in Monterey, Mexico, where he taught for a period as a visiting academic.

The outcome was a "Smog-Free Billboard," which transformed one of the city's 9,000 billboards into a surface that would clean air for more than 100,000 people each day.

The device works by cleaning "the polluting particles through an intelligent coating process in which sunlight and wind are involved," Roosegaarde said. 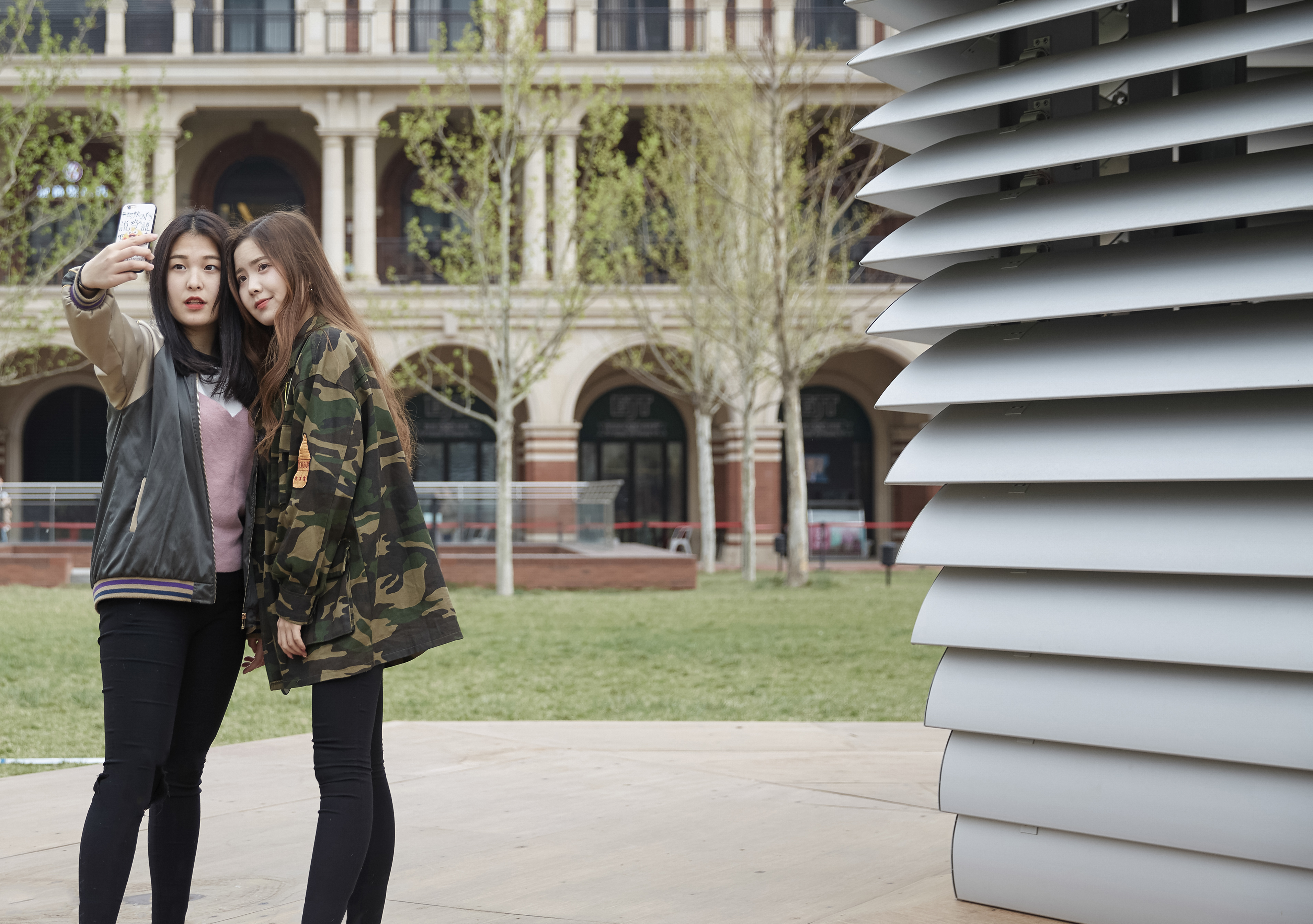 The towers have become an attraction wherever they're placed. /Daan Roosegaarde

The towers have become an attraction wherever they're placed. /Daan Roosegaarde

The towers use Studio Roosegaarde's patented ionization technology to clean the air, but the process posed a problem as it uses electricity.

"By charging the Smog-Free Tower with a small positive current, an electrode will send positive ions into the air. These ions will attach themselves to fine dust particles. A negatively charged surface – the counter electrode – will then draw the positive ions in, together with the fine dust particles. The fine dust that would normally harm us, is collected together with the ions and stored inside the tower. This technology manages to capture ultra-fine smog particles, which regular filter systems fail to do," the artist explained on a crowdfunding page.

But the studio said it only uses "1,170 watts of green electricity." In the Netherlands that is provided by local energy company Eneco – and Studio Roosegaarde told CGTN Europe that in other locations "we either find a similar party or run on solar panels."