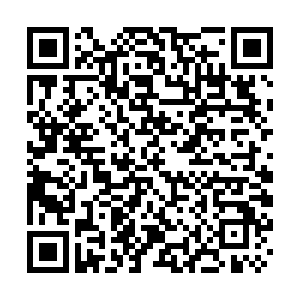 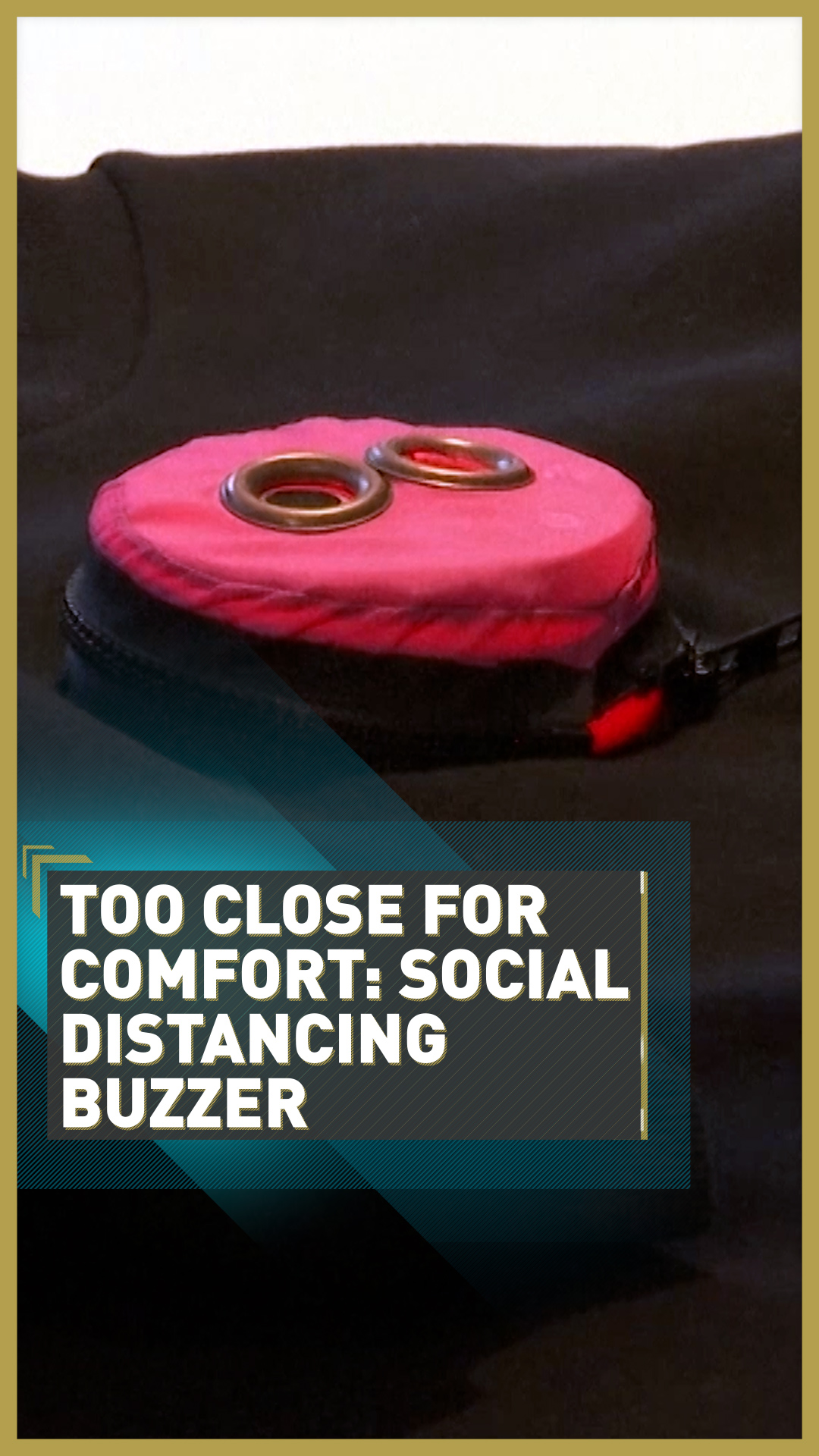 Wearable tech has moved from a buzzword at industry events to a real-life solution for tracking performance in athletics and allowing users to multitask more effectively with tools like smartwatches.

But the Laboratory for Experimental Urban Design at the National Research University Higher School of Economics in Moscow has been working on a prototype which its developers think will blend the world of wearables and the fight against COVID-19.

Their bulky device can be attached to a sweater, "or there will be a special attachment to wear around the neck," said the head of the lab, Anton Artemchuk.

The device works by flashing a warning at anyone who gets too close.

"The principle of this device is its various types of signalization – visual signalization, when a light-emitting diode changes color, depending on the distance of someone in front of you," Artemchuk explained.

"There is also a vibration motor, which … vibrates when someone approaches the critical distance.

"It encourages the person [wearing the device] to take a step back."

In the future, Artemchuk thinks this sort of device could be used at public events such as concerts.

"Such a device could be a part of almost every public event ... You could be given such a device at the entrance," he said.

But others warned it's too early to think about such applications as the device and software aren't yet ready for the real world. 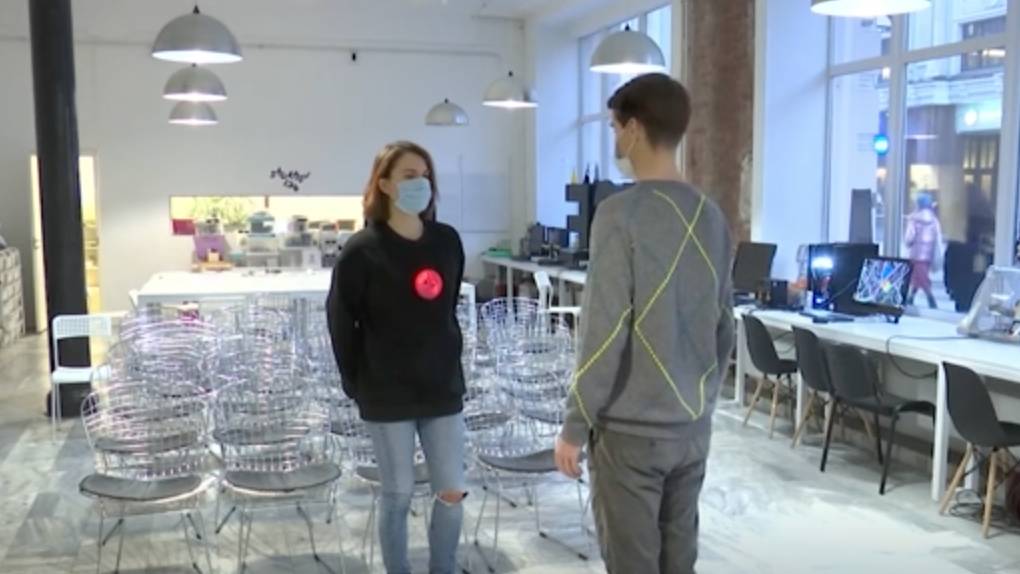 "Speaking specifically about this development, it's not clear how it will work if someone were to approach from behind," Alexey Panyov told Reuters.

"The principle of such sensors is that it measures the distance at the front. It's not clear what would happen if someone approached you from behind or from the side," the tech expert continued.