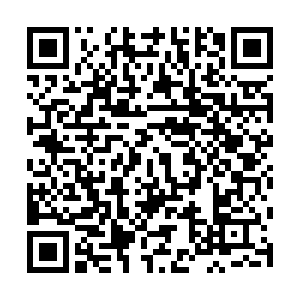 "The online gambling market size will likely grow by $114.21 billion between 2020-2024 ... the rising popularity of the freemium model will offer immense opportunities."

That's the verdict of the industry research group Technavio, which points to the rise of blockchain, digital currencies and easy-to-use smartphone apps for the anticipated 11 percent boom in the industry over the next few years. Perhaps unsurprisingly then, the latest bid by U.S. gambling giant MGM for the firm behind Britain's Ladbroke chain of betting shops has again fallen flat. Will it come back to the table to offer more?

However, in a cautionary note for the gambling industry and many others banking on the continued success of virtual currencies, Bitcoin's value tumbled 14 percent in early trading on Monday after hitting another record high at the weekend. It may be some time yet before the biggest and most reputable fund managers are convinced virtual currencies have a future worth betting on.

Elsewhere, pharma stocks have enjoyed another buoyant session on the first full day of trading in 2021. The UK has become the first country to roll out the new Oxford University-AstraZeneca COVID-19 vaccine with orders for 100 million doses on standby.

With hopes high of a green recovery from the pandemic, Germany has become the latest European country to legislate on single-use plastic bags. Watch our short film below to find out more.

And CGTN Europe speaks to one trade expert about why Brexit could lead to more and not less cooperation on trade deals with the EU in 2021.

And finally, which EU country spent the most per household on alcohol in 2019? The sozzled Scots? The boozy Belgians? The plastered Poles? The latest figures may surprise you. 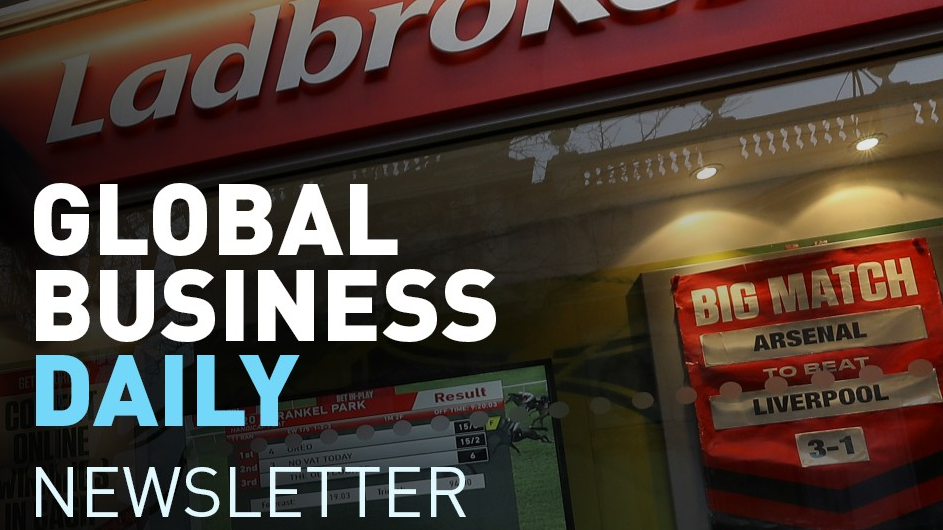 The U.S. casino giant MGM Resorts has launched an $11bn takeover offer for the UK gaming company Entain. It's been seen as the latest attempt by a casino operator to move into the lucrative and fast-growing world of online betting. Entain is the owner of both Britain's biggest high street bookies chain Ladbrokes and several internet gambling platforms. The group, which had previously rejected a $10bn all-cash approach from MGM, has responded that this enhanced bid still undervalues the business. MGM Resorts, the owner of Las Vegas's landmark Bellagio casino, has a month to decide if it's worth coming back with yet another higher offer.

Pharmaceutical shares jumped again in Monday’s trading, as the UK became the first country to rollout the new Oxford-AstraZeneca COVID-19 vaccine. Shares in AstraZeneca rose 2.3 percent in early trading on the first full day of market trading post Brexit. The blue-chip FTSE 100 was up 2.7 percent in to just under 6,650 by lunchtime, while the smaller more UK-focused FTSE 250 also rose, by 1.4 percent. The UK government has bought 100 million doses of the new treatment, enough to inoculate 50 million people and dialysis patient Brian Pinker, 82, became the first Briton to receive the jab.

Gold and commodity prices have also continued to edge ahead on world markets amid continued dollar weakness. Gold prices rose 1.3 percent in early trade to $1,931 per troy ounce. Oil, too, ticked up ahead of Monday's OPEC+ exploratory meeting that will decide February's decision on output levels.

Meanwhile, in a cautionary development over the credibility of cryptocurrency, 14 percent was shaved off Bitcoin's value on Monday, after rising to a fresh high over the weekend. The world's most popular cryptocurrency briefly touched $34,800 before taking a tumble in early trading. The size of the downward swing may force a rethink by investors who had been betting on the currency becoming a mainstream asset for pension funds and other private equity vehicles in the near future.

Another French manufacturing giant's shares were boosted after better-than-expected demand in 2020. Stock in Toulouse-based Airbus gains of 4.4 percent after the company confirmed it made 560 aircraft deliveries last year, despite the impact of the coronavirus, which is close to the top end of the group's internal targets. The figures is still well down on 2019, but should boost liquidity for Airbus which has been on the sharp end of plane groundings around the world as the demand for global travel has been wiped out by the virus.

Manufacturing in the UK rose to its highest level in three years last month as factories rushed to complete orders ahead of the Brexit deadline. The influential IHS Markit Purchasing Managers' Index (PMI) rose to 57.5 points, its highest level since 2017, as forward contracts, especially from firms with vendors based in the EU, boosted sales. The 50 mark separates growth from contraction on the index, which also showed manufacturers stockpiling materials at their fastest rate for 20 months.

Elsewhere, the same report found Europe's biggest economy slowed in June but at a slower pace than previously. The German economy rose to a three-month high of 45.2, from 36.6 in May, but still well below the 50 growth point. Germany is expected to extend current lockdown measures beyond January 10 after criticism over the handling of its vaccination program. Schools and non-essential stores are expected to stay shut after what opposition figures have called "unacceptable delays" in the roll-out of the vaccine jointly developed by Germany's BioNTech and U.S. drugs giant Pfizer.

In signs that the UK economy may be weathering the pandemic better than expected, new data show that mortgage approvals rose to a 13-year high during lockdown. Restrictions on house viewings don't seem to have dampened the British obsession with property ownership. The total number of home loan approvals in the first 11 months of 2020 reached just over 715,000, the highest since 2007. The market has been boosted by a $20,000 tax cut on stamp duty on purchases, which is due to expire at the end of March, pushing prices even higher in a nation where the housing gap is estimated to be running at more than a million properties.

Elsewhere, the UK's Food and Drink Federation is warning of a Brexit effect on food prices, despite the last-minute confirmation of an EU trade deal. The group says red tape, coupled with the burden of increased border checks, could add $4.1 billion to costs for food importers, an overall rise of 8 percent, which will likely be felt at the tills by consumers.

WATCH: Europe's largest plastic producer has taken a big step towards cutting its plastic use after passing a ban on all plastic bags from 2022. Germany's single-use plastic bag ban at malls, stores and supermarkets, was announced late last month by the government in an attempt to reduce plastic pollution and meet its EU goal. 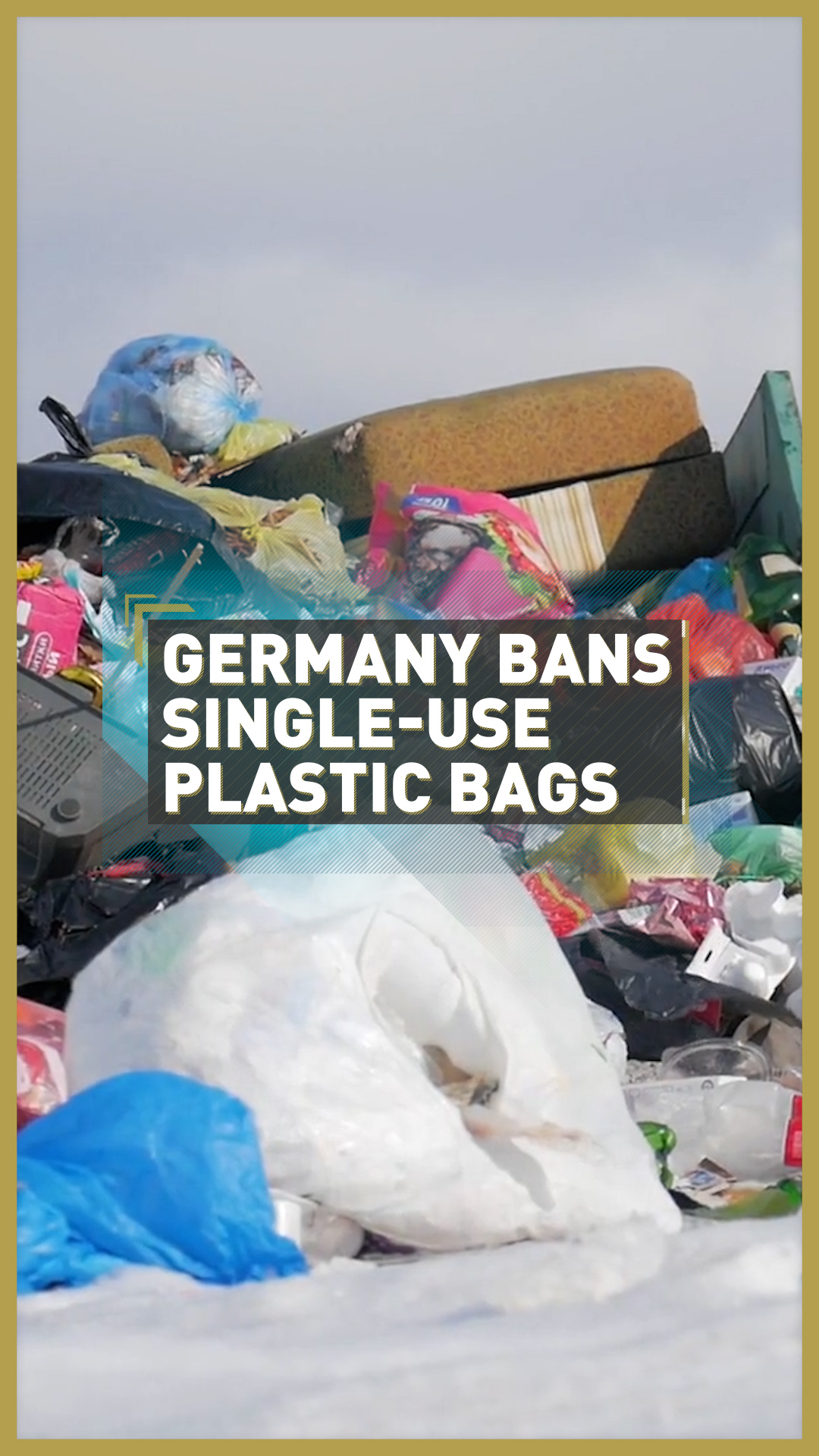 The new year is under way, with the UK having left the EU and trading on independent terms as a sovereign nation. Despite fears over red tape, new trading and border costs and rising prices following its rancorous departure, one leading trade expert has told CGTN Europe the two sides share the same interests as they did when the post-war project began in the 1950s. Russell Foster insists that in the longer term increased trade and lower barriers to business are in the interests of both parties.

If we think of some of the biggest factors behind the Brexit vote, some of them have already been dealt with. So one big cause of Brexit was concerns about Britain's sovereignty and about control orders. Well, Britain has regained that sovereignty since we left the European Union 11 months ago. Another big factor was the oversight of the European Court of Justice over British laws and then, finally, in terms of Britain being able to secure trade deals with other countries around the world without having to abide by EU laws, and that's something that is already taking place. Britain has just signed a deal with Turkey and we're likely to see further trade deals coming in in the near future.

Prime Minister Boris Johnson has said that for the EU and UK, their future relationship will be cordial, it will be constructive. What common interests do the two have?

They are the same interests that we had when the European project was formed in the early 1950s, breaking down barriers to trade so that Europeans and British people can get better-quality consumer goods at lower prices. So an increased trade relationship and lower barriers to trade is very much a shared interest. And, of course, this year we've had the stupendous economic and financial impact of the coronavirus crisis and various countermeasures for both Britain and the European Union and its member states need economic recovery. They need job creation, the need to improve people's quality of life and economic security so that they will continue to support its government. And, of course, there are things like shared interests in security, cyber-security, defense and encountering things like climate change and pandemics.

The opposition Labour Party said the post-Brexit trade deal is thin. Will there be a need for more agreements in the future?

So there's a 100-page trade deal between the UK and EU. Sounds like a lot, but it's barely scraping the surface now.

So there are going to be further negotiations to be held, not just between the EU, but between the UK and the EU's member states. And just today, we saw that Spain and the UK have agreed to a deal on the border between Spain project. So in the months, years, maybe decades to come, where we're going to see continued negotiations over the relationship.

And finally, anecdotal evidence suggests alcohol sales have boomed across the EU during lockdown as many seek refuge from boredom and the mental health consequences of the long months in isolation. The most recent figures show household expenditure on alcohol was stable or rising in many countries even before the pandemic began, with the largest increases reported in some of the bloc's poorer nations such as Romania and Portugal. See below for the highest and lowest drinking states in 27 member bloc. Cheers! 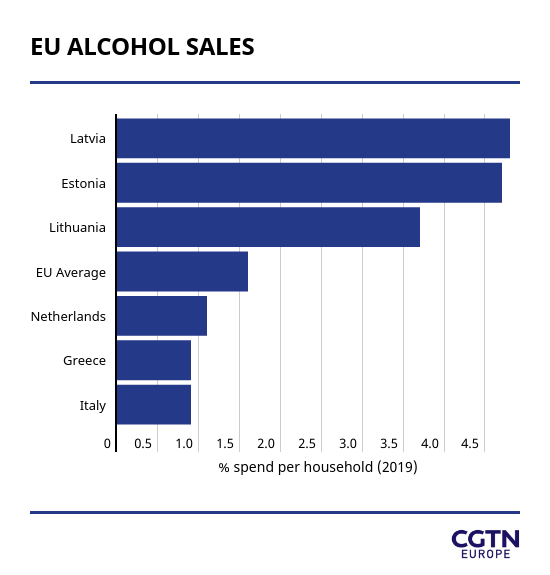