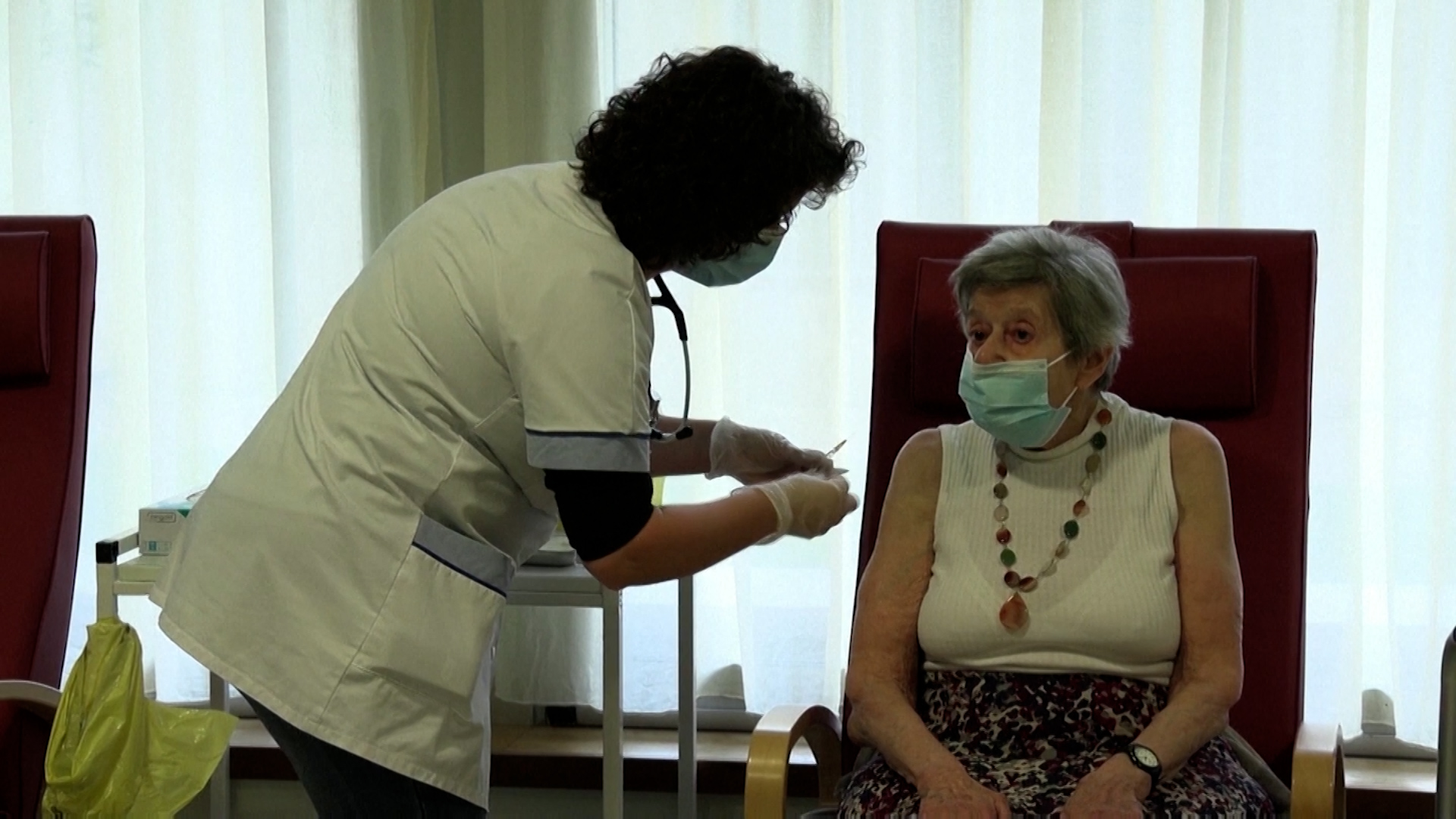 President Emmanuel Macron called the health defense council meeting a day after scathingly comparing the pace of the roll-out to a "family stroll."

The French National Academy of Medicine criticized the pace of the vaccine program.

Leading geneticist Axel Kahn called the campaign a "disaster" while the president of the Grand Est region denounced what he described as "a state scandal."

As of January 4, just over 500 people have received the coronavirus vaccination. That is compared with more than 250,000 in Germany so far and more than 1 million in the UK, although inoculations did begin there earlier than in the European Union.

The EU began vaccinating with U.S.-German Pfizer/BioNTech doses on December 27.

The French government has been forced to rethink its strategy and now healthcare workers aged 50 and over will immediately start getting the jab.

"We should keep calm and stick with priorities," Dominique le Guludec, the president of the country's High Authority for Health, told French media on Monday.

"Because if we vaccinate a lot of people but not the right people it will take us months to reduce the number of hospitalizations and deaths."

France started with vaccinations for the most vulnerable in the population, mostly people living in care homes.

But logistical issues and the country's layers of local and national bureaucracy have caused delays, something the president warned against in his New Year address.

"I will not allow unjustified slowness, for bad reasons, to take root," said Macron. "Every French person who wants it must be able to be vaccinated in a safe manner and in the proper order by starting with those who are most at risk."

It comes as the government said 35 members of the public would form a "citizens' collective" to highlight local issues with the vaccination program.

The French government is also fighting an entrenched anti-vaccination, or anti-vaxxer, movement in the country, with widespread public reticence to take vaccinations.

Recent surveys show six out of 10 people would rather not have a COVID-19 jab.

For some epidemiologists, more needs to be done to persuade the public and deal with the well-documented nervousness about the vaccine.

"People need to be reassured that the vaccine is effective," Philippe Amouyel, an epidemiologist and professor at the University of Lille, told CGTN Europe. "As more people get vaccinated, among them politicians and doctors, we hope to convince those who have not yet decided to get it or not."

France currently has a nationwide nightly curfew in place for most of the country from 8 p.m. to  6 a.m. and for 15 badly hit regions it runs from 6 p.m. to 6 a.m..