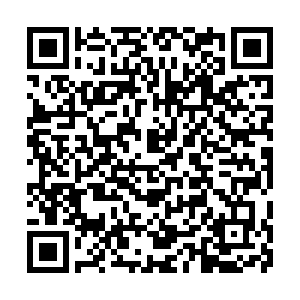 It has been almost one month since the UK became the first country to roll out a COVID-19 vaccine and only one week since the European Union launched its own coordinated inoculation program, in a bid to defeat the virus which has caused almost 2 million deaths worldwide and battered global economies.

But the positive news that could mean a return to normal life for many, has also come with its own hiccups and for many has raised several questions.

Here are the answers to some queries raised around coronavirus vaccines in Europe:

How many people have been vaccinated in Europe so far?

The UK currently has the highest number of people vaccinated in Europe, according to the most recent figures. As of December 27, 2020, 944,539 people in the UK had received the first dose of the COVID-19 vaccine produced by Pfizer and BioNTech, amounting to 1.39 per 100 of the population.

The country had a head start with the vaccinations, being the first in the world to start vaccinating its citizens on December 8, 2020.

Iceland, which is not a member of the EU had vaccinated a total of 4,875 of its citizens as of December 30. This amounts to 1.43 per 100 of its population, the highest rate in the whole of Europe.

As for the EU, which began its coordinated roll-out of the vaccines on December 27, 2020, the available data from 18 of its 27 member states, show 519,102 vaccinations have been carried out so far across the bloc.

Each EU member state publishes its own statistics, so some of these data are regularly updated, with figures up to January 3, 2021, while some go back to December 27, 2020.

Germany is in the lead for administering the highest number of vaccines in the EU, having vaccinated 238,809 people as of January 2. Although when looking at the figures in terms of the country's population, Denmark comes first in the EU, having vaccinated 40, 541 people, or 0.7 per 100 of its population, as of January 3, which is relatively higher than Germany vaccinating 0.29 per 100 population.

At the other end of the scale is France, which had only vaccinated 516 of its citizens by January 1. Meanwhile, the Netherlands isn't expected to begin vaccinations until January 6, bringing the initial date forward by two days, following a backlash. 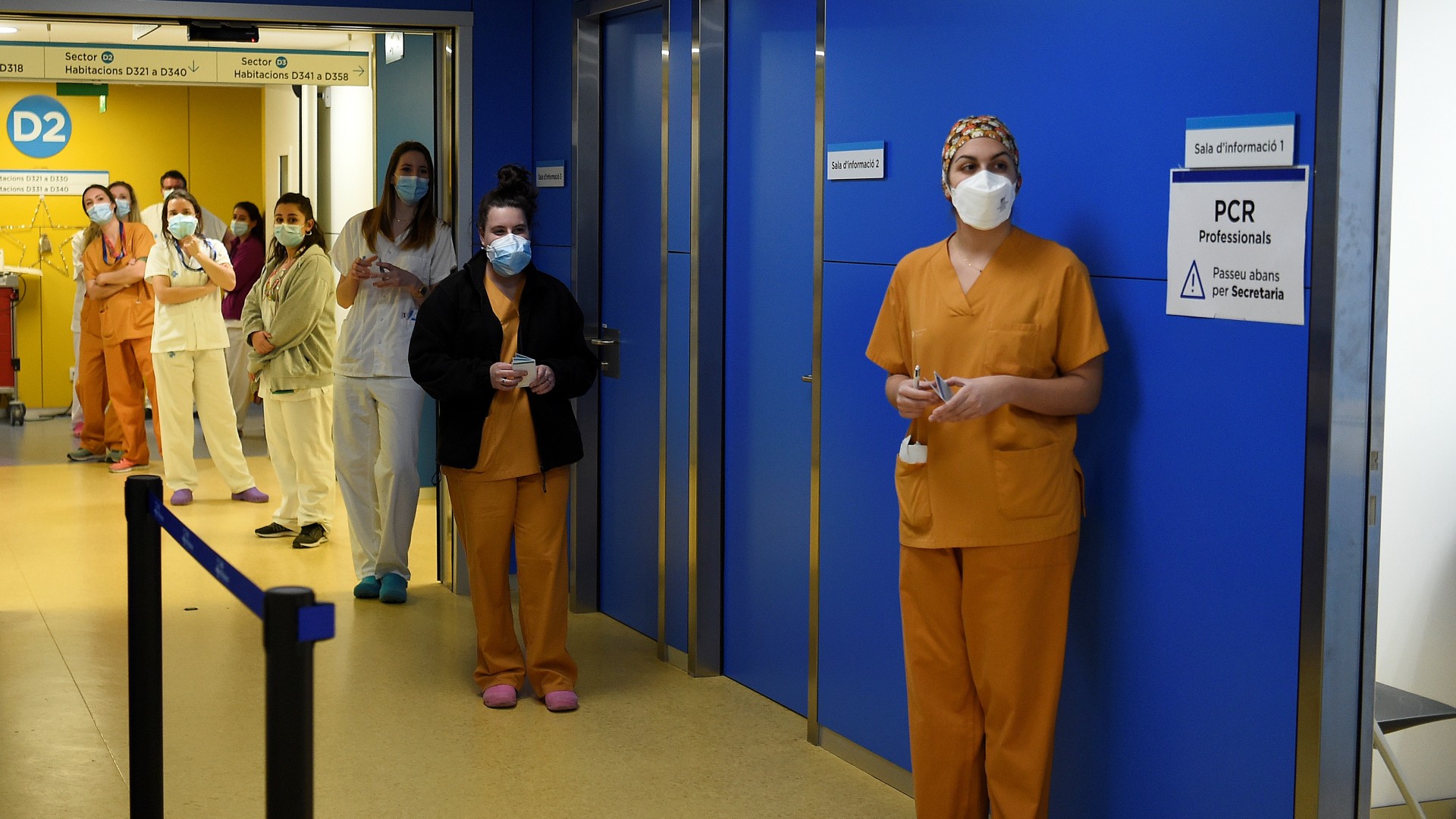 Healthcare workers are front of the queue to receive the COVID-19 vaccine in most countries across Europe. /Josep Lago/AFP

Healthcare workers are front of the queue to receive the COVID-19 vaccine in most countries across Europe. /Josep Lago/AFP

Have there been any distribution issues?

The EU's campaign to vaccinate Europeans against COVID-19 got off to an uneven start at the launch of the coordinated marathon effort to administer shots to enough of the bloc's 450 million people. Its distribution system has been criticized by many, as demand across the bloc is large, while stocks remain limited, meaning the roll-out across the EU could be slower than expected.

Currently, only one German-American vaccine, developed by Pfizer and BioNTech, has received the necessary approval from the European Medicines Agency (EMA) for distribution across the EU.

The EU has contractually ordered 300 million doses of the shot and is in talks to purchase more, but the roll-out to different countries is a slow process. This caused some upset among EU member states, with some countries claiming to have received fewer doses than others.

In Italy, politicians and public health officials were enraged when they discovered Germany had received 10 times the number of doses as Italy on the first day of the program and had threatened a formal complaint. Spain, Sweden, Croatia, Italy, Bulgaria, Romania, Hungary, Czechia, Slovenia and others each received 9,750 doses.

Health authorities in Finland were also reportedly unhappy that the country only received about 40,000 doses in December, instead of the 300,000 that were expected.

Meanwhile, more recently in France, officials and health experts are calling for a faster rate of COVID-19 inoculations after an initial roll-out slowed by bureaucracy and what some see as excessive government precautions in one of the most vaccine-skeptical countries in the world.

France has currently vaccinated the lowest number of people in the whole of Europe and is the only country that is insisting on written consent from the patient receiving the shot, after they've been informed of possible contraindications.

Another issue affecting distribution is the environment needed to store and handle the vaccine itself. The Pfizer-BioNTech shot is particularly tricky to handle – for long-term storage it needs to be deep-frozen at about minus 70 degrees Celsius. It can be defrosted for a few days before being used, but even then must be kept chilled at between 2 degrees Celsius and 8 degrees Celsius.

This caused failings and setbacks in several countries, for example, in southern Germany, officials had to send back about 1,000 doses after finding they had been transported in cool boxes typically used for picnics or camping trips that failed to keep the vaccine cold enough. 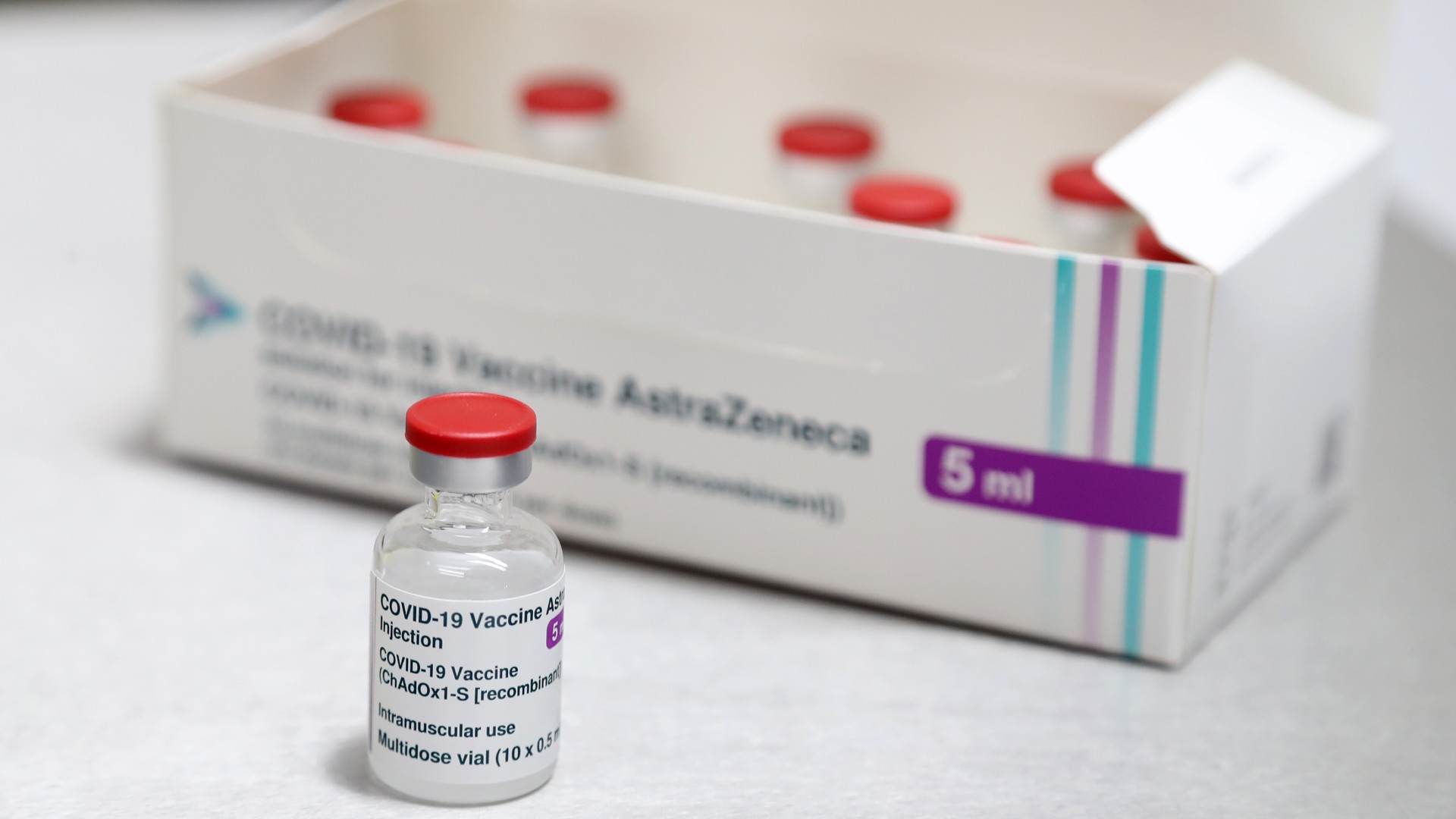 Limited stocks, bureaucracy and difficult to maintain storage conditions are some of the issues causing setbacks to vaccine roll-outs across Europe. /Geoff Caddick/AFP

Limited stocks, bureaucracy and difficult to maintain storage conditions are some of the issues causing setbacks to vaccine roll-outs across Europe. /Geoff Caddick/AFP

Have there been any adverse reactions?

Early in December, after the UK began administering the Pfizer-BioNTech vaccine, worries started to grow after the UK's Medicines and Healthcare Products Regulatory Agency (MHRA) said there had been two reports of anaphylaxis and one report of a possible allergic reaction since roll-out began.

The medicine regulator said anyone with a history of anaphylaxis to a medicine or food should not get the Pfizer-BioNTech COVID-19 vaccine, guidance that Pfizer and BioNTech said they were supporting.

Just over a week later, the U.S. Centers for Disease Control and Prevention (CDC) had said it was monitoring reports of allergic reactions to the COVID-19 vaccination and also recommended caution for patients with histories of severe allergies.

But as of yet, these cases have been limited and in an attempt to allay fears, WHO spokeswoman Margaret Harris told a UN briefing in Geneva, "people should not be too anxious." 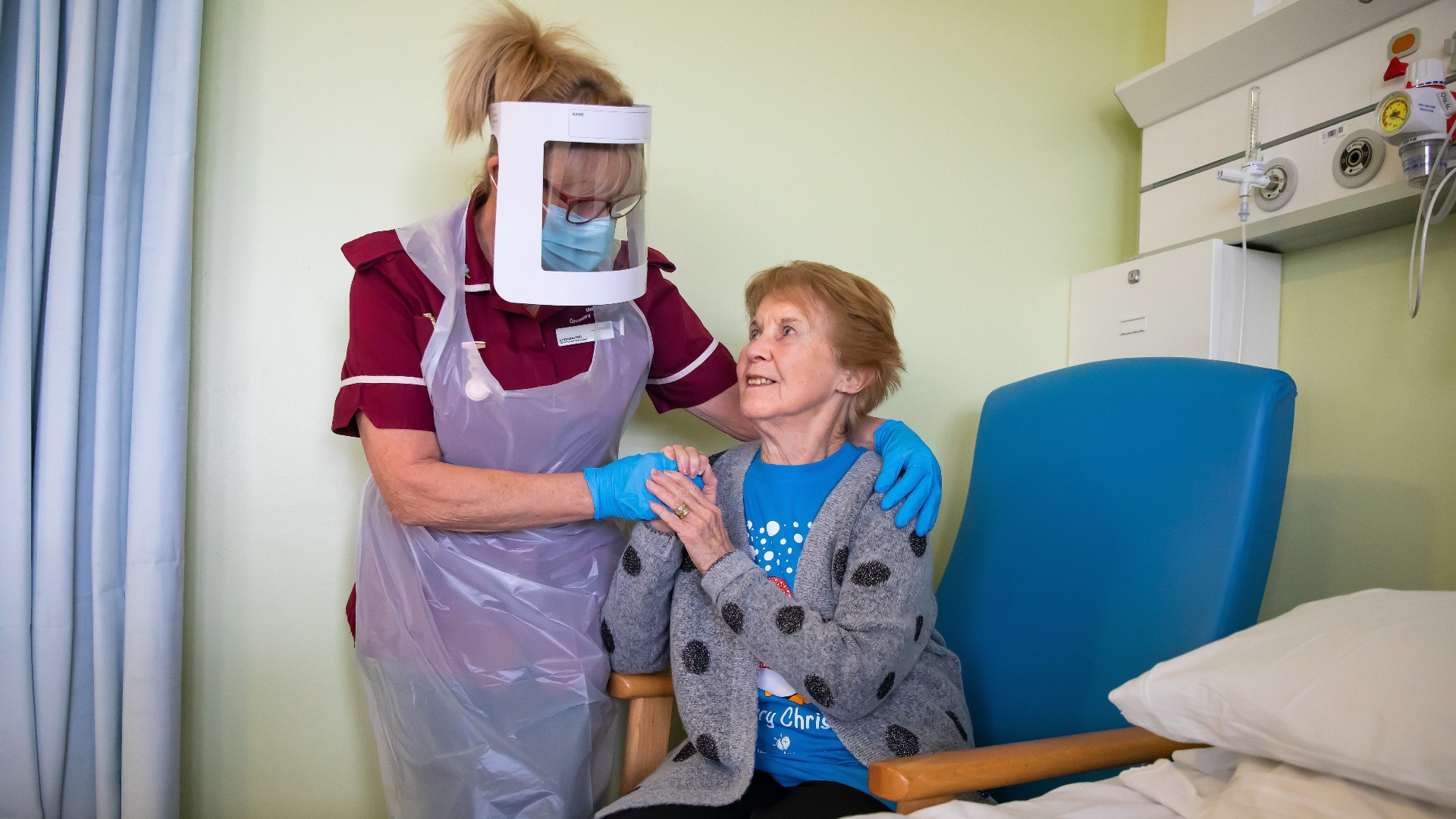 Adverse reactions were reported in a small number of cases in the UK and the U.S., while the WHO says there is no need for alarm. /Jonny Weeks/AFP

Adverse reactions were reported in a small number of cases in the UK and the U.S., while the WHO says there is no need for alarm. /Jonny Weeks/AFP

How quickly will people be vaccinated?

The UK, which is grappling with the world's sixth worst death toll, has seen a resurgence in cases to new daily highs, putting a renewed urgency on roll-out plans.

As well as the huge number of people already vaccinated with the Pfizer-BioNTech shot, the country has now started the roll-out of its own Oxford University-AstraZeneca vaccine (of which it secured 100 million doses), which it hopes will increase the speed of the inoculation process.

Britain is prioritizing getting a first dose of a vaccine to as many people as possible over giving second doses, despite some doctors and scientists expressing concern.

Speaking on BBC One's The Andrew Marr Show on Sunday about the scale of the vaccination program, UK Prime Minister Boris Johnson said: "We do hope that we will be able to do tens of millions in the course of the next three months."

In France, which has come under pressure for its slow vaccine roll-out, the government has announced it aims to vaccinate 1 million elderly and at-risk people in January, a sum that would require more than 31,200 vaccinations every day.

Across the EU, the European Commission defended its vaccine strategy amid growing criticism in member states about the slow roll-out of the COVID-19 shot.

In a news conference, EU Commission spokesman Eric Mamer said: "We have actually signed contracts that would allow member states to get access to 2 billion doses, largely enough to vaccinate the whole of the EU population," which they hope to do in the coming months. 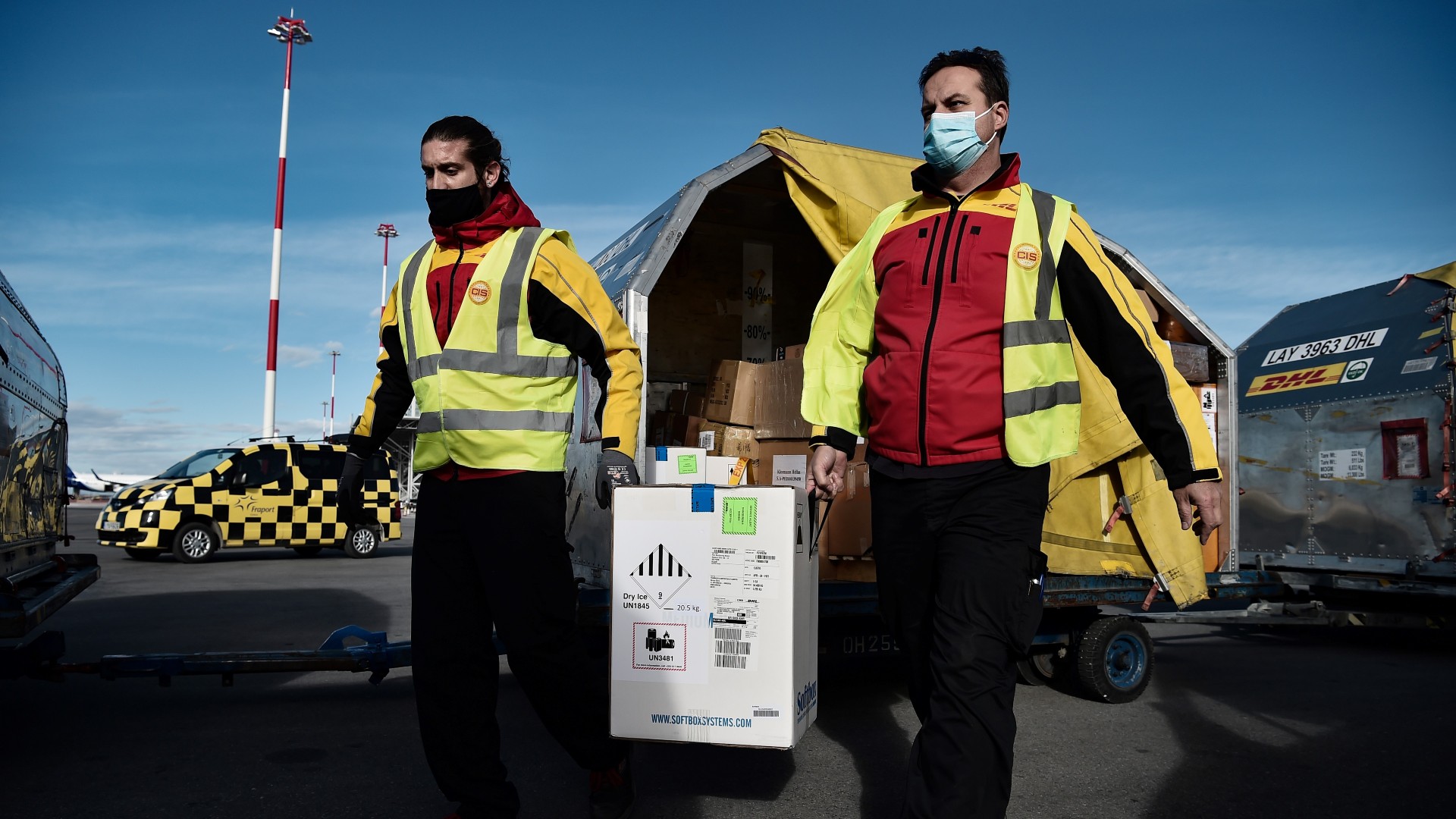 The EU's distribution process has been criticized as being slow by some and unfair by others. /Sakis Mitrolidis/AFP

The EU's distribution process has been criticized as being slow by some and unfair by others. /Sakis Mitrolidis/AFP

Do vaccines stop us from spreading the virus?

Speaking to CGTN Europe, Julian Tang, honorary associate professor in the department of respiratory sciences at the University of Leicester in the UK, explained that the COVID-19 vaccine will have an impact on reducing the spread of the virus.

"So the vaccine has two purposes: one, the vaccine will hopefully reduce the severity of illness in the one who's vaccinated, so you don't need hospitalization," Tang said.

"Secondly, if you are vaccinated and you can stimulate an immune response to control any virus that comes in, any virus that's shared, even if you get a more mild subclinical infection, that will reduce the transmission to other people," he added.

According to the World Health Organization (WHO), vaccination is a safe and effective way to prevent disease and save lives. "When we get vaccinated, we aren't just protecting ourselves, but also those around us. Some people, like those who are seriously ill, are advised not to get certain vaccines – so they depend on the rest of us to get vaccinated and help reduce the spread of disease," it said. 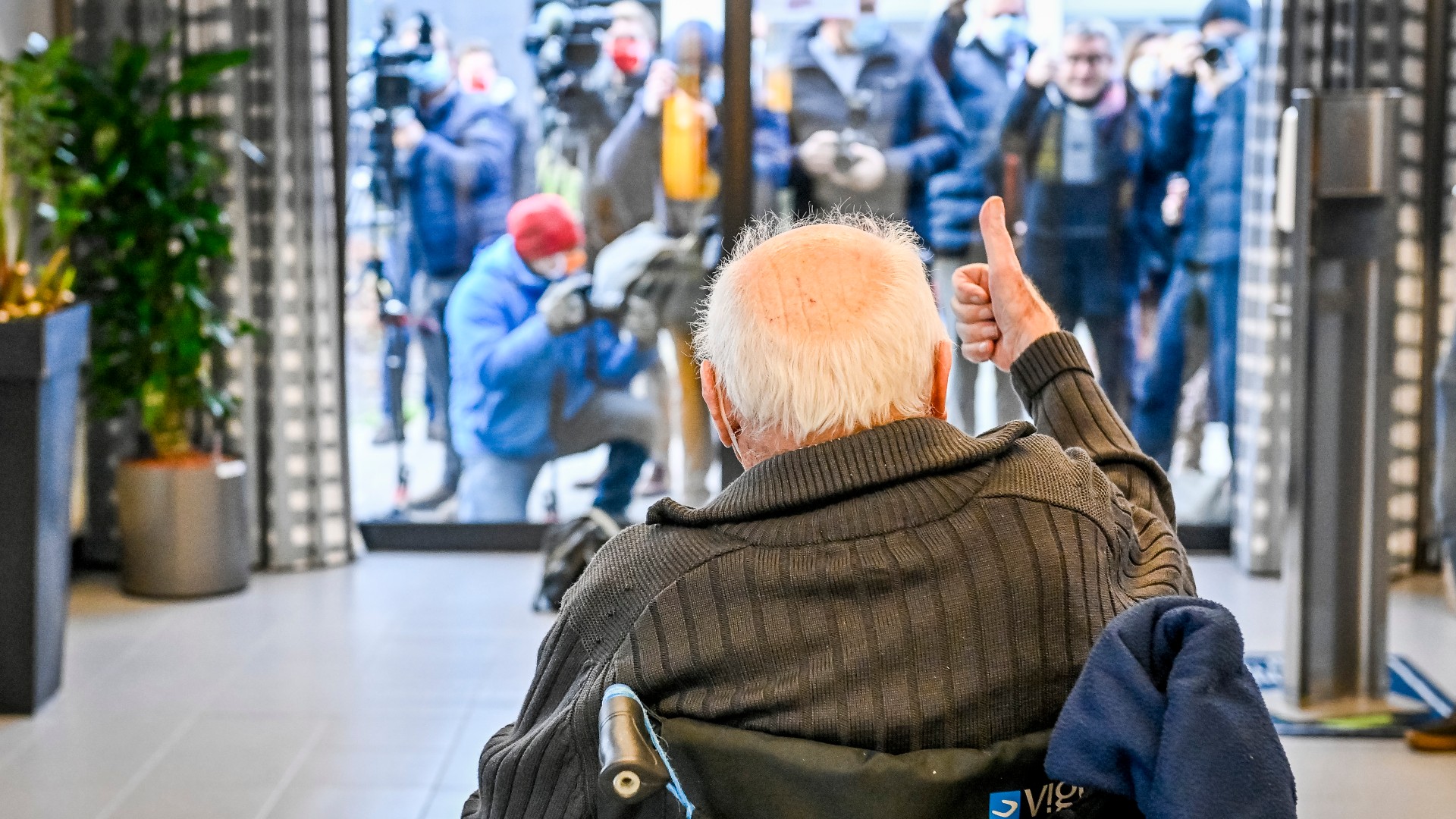 Scientists say the vaccination is the best way to achieve 'herd immunity' without endangering lives and a big step towards returning to normal. /Dirk Waem/Pool/AFP

Scientists say the vaccination is the best way to achieve 'herd immunity' without endangering lives and a big step towards returning to normal. /Dirk Waem/Pool/AFP

How many people need to be vaccinated for normal life to resume?

According to the WHO, achieving "herd immunity" through vaccination is a good way to minimize the risk and lower the spread of the COVID-19 virus and is a step towards returning to life as normal.

While it says the percentage of people who need to be immune in order to achieve herd immunity varies with each disease, more research is needed to know the exact fraction of the population that needs to be vaccinated against COVID-19 for this to be achieved, as it can vary widely according to the community, the vaccine, the populations prioritized for vaccination and other factors.

"So, it depends on what the R0 is in that population," Julian Tang explained to CGTN Europe. "For example, if you look at New Zealand, where they have very few cases, you might get away with vaccinating just 20 percent of the population as long as you don't import the virus into the country from elsewhere," he added.

Whereas in countries where the R rate, or the reproduction rate of the virus (R0), is slightly higher, such as is the case currently in the UK and the U.S. among others, then a higher number of people will need to be immunized.

"So, you might have to immunize at least 40 percent to 60 percent of the population to see any impact on slowing down this virus spread through the population," Tang said.

"That will mean, in the UK for example … we're looking at 30 million to 40 million people to cover that herd immunity," he added.