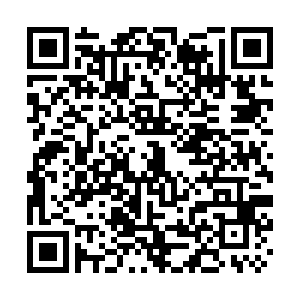 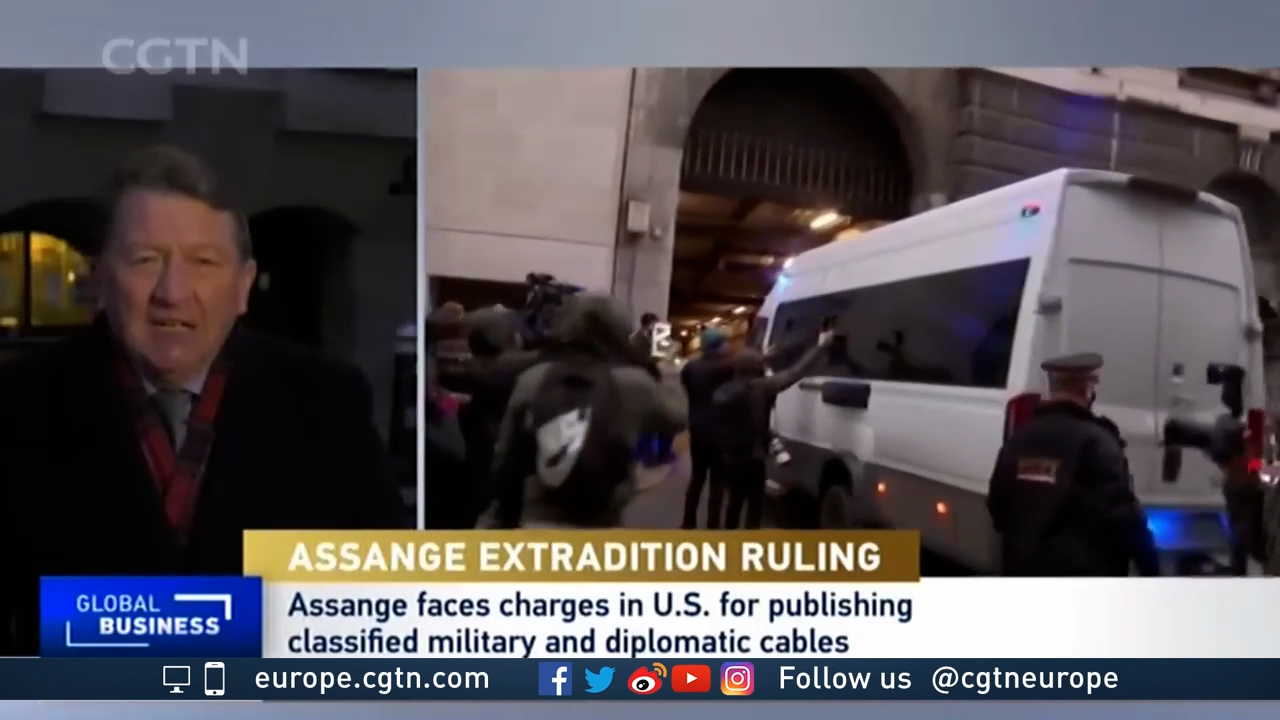 A British judge ruled on Monday Julian Assange, the founder of WikiLeaks, should not be extradited to the U.S. to face charges of breaking a spying law and conspiring to obtain secret U.S. documents by hacking government computers.

Judge Vanessa Baraitser said she had refused his extradition to the U.S. because of fears he could commit suicide.

"Faced with conditions of near total isolation... I am satisfied that the procedures [outlined by U.S. authorities] will not prevent Mr Assange from finding a way to commit suicide," she said.

"For this reason I have decided extradition would be oppressive by reason of mental harm and I order his discharge," she added.

The U.S. said it would continue to seek the extradition of Assange and the country's prosecutors are set to appeal Monday's decision to London's High Court.

U.S. authorities accuse Australia-born Assange, 49, of 18 counts relating to Wikileaks' release of vast troves of confidential U.S. military records and diplomatic cables, which they said had put lives in danger. He faces up to 175 years in a high-security jail if convicted.

Defense witnesses called during the hearing said Assange's history of depression meant he would be at risk of suicide if sent to the U.S. and locked up in a maximum-security prison. He has also complained of hearing imaginary voices and music during his detention.

In addition, it was noted he has a respiratory condition that makes him more vulnerable to COVID-19.

Assange and his legal team have long argued the protracted case was politically motivated.

The American non-profit Freedom of the Press Foundation said the case against Assange was "the most dangerous threat to U.S. press freedom in decades." 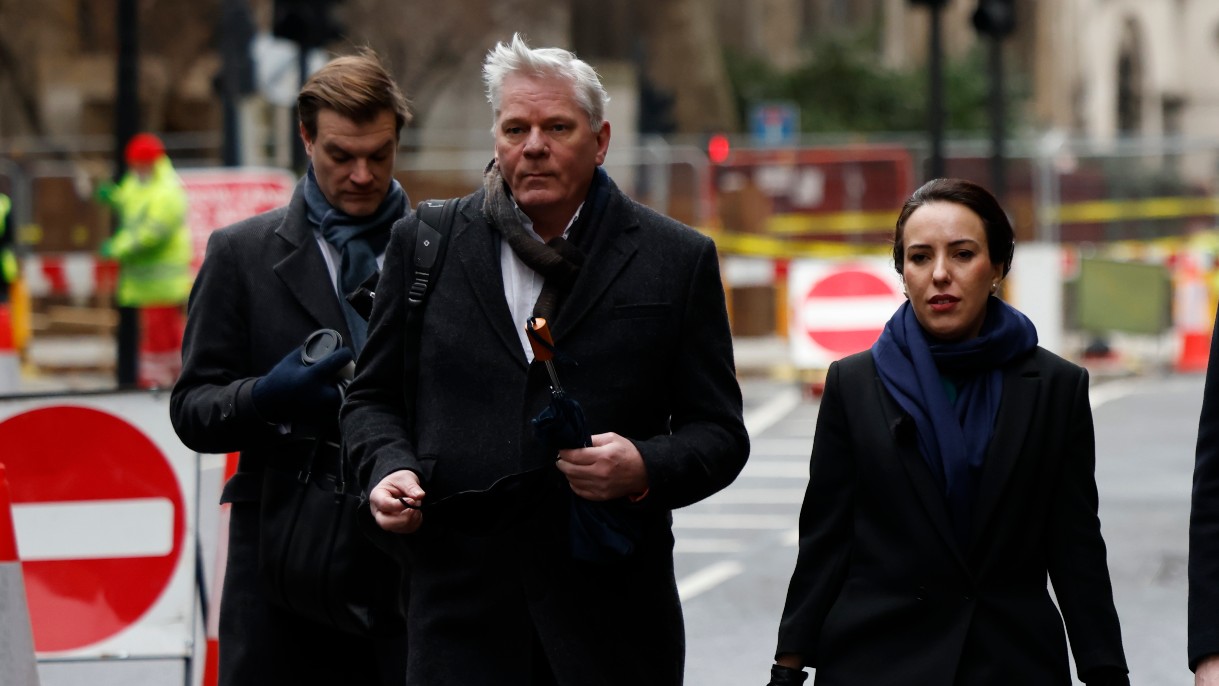 "The extradition request was not decided on press freedom grounds; rather the judge essentially ruled the U.S. prison system was too repressive to extradite."

In court, Assange wiped his forehead as the decision was announced, while his fiancee Stella Moris, with whom he has two children fathered while seeking political asylum in the Ecuadorian embassy in London, burst into tears and was embraced by WikiLeaks editor-in-chief Kristinn Hrafnsson.

Outside the Old Bailey court in London, supporters, who had gathered since early morning, erupted in cheers and shouted "Free Assange."

It follows more than a decade of legal controversies but the ruling is still subject to appeal. Assange was remanded in custody with a bail hearing to be heard on Wednesday.

The controversy surrounding Assange is now in its second decade. Some regard the Australian national, 49, as a fearless campaigner for press freedom in reporting information about government and authorities, while others believe he was reckless with classified information and has endangered sources.

The figurehead of the whistleblowing website has spent most of the past decade in custody or holed up in Ecuador's London embassy, as he has tried to avoid extradition – first to Sweden to answer allegations of rape, which he consistently denied, and then to the U.S. over the leaks of classified information related to the Afghan and Iraq wars.

Assange launched WikiLeaks in 2006 along with a group of activists and IT experts.

"We are creating a new standard for a free press," Assange told AFP in an interview in August 2010.

The website first made waves in 2007 when it released manuals for U.S. prison guards at Guantanamo Bay. In 2010 it worked with The New York Times, The Guardian, Der Spiegel, Le Monde and El Pais to publish more than 10 million classified diplomatic cables to the dismay of politicians, governments and corporations worldwide.

They included a leaked video showing a U.S. military Apache helicopter targeting some buildings before firing on and killing two journalists and several Iraqi civilians on a Baghdad street in 2007.

Over time, it has increasingly set its sights on the U.S., fueling suspicion of collaboration with Russia – claims Assange has denied.

Assange was initially supported by human rights groups and newspapers that once worked with him to edit and publish the U.S. war logs.

However, when WikiLeaks dumped unredacted documents online, including the names of informants, Assange fell out spectacularly with former media partners.

U.S. lawyers conceded that while they were "aware" of sources who disappeared after WikiLeaks published their names, they "can't prove that their disappearance was the result of being outed by WikiLeaks."

Assange's legal saga began in 2010, soon after publishing those videos and further classified documents about U.S. military campaigns, with rape allegations in Sweden, which he consistently denied.

In Britain when Sweden sought his extradition in 2012, Assange managed to evade arrest by seeking political asylum at the Ecuadorian embassy in London. He lived in a small apartment at the embassy for seven years, exercising on a treadmill and making up for a lack of natural light by sitting beside a sun lamp.

When a new government came to power in Quito, however, Assange was turned over to British police in April 2019.

Though Sweden had dropped the rape investigation, citing a lack of evidence in May 2017, Assange was arrested in April 2019 for breaching bail and sent to the high-security Belmarsh prison in south London. Although he had served his time for that offence, he remained behind bars awaiting the outcome of the U.S. extradition request.

Assange's supporters, including the fashion designer Vivienne Westwood and actor Pamela Anderson, have raised concerns about the effect a decade's incarceration has had on him.

Nils Melzer, the United Nations' rapporteur on torture, said Assange's "prolonged solitary confinement in a high-security prison is neither necessary nor proportionate and clearly lacks any legal basis."

UN rights experts do not speak for the United Nations but report their findings to it.