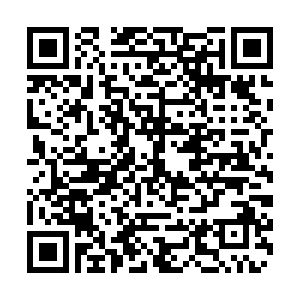 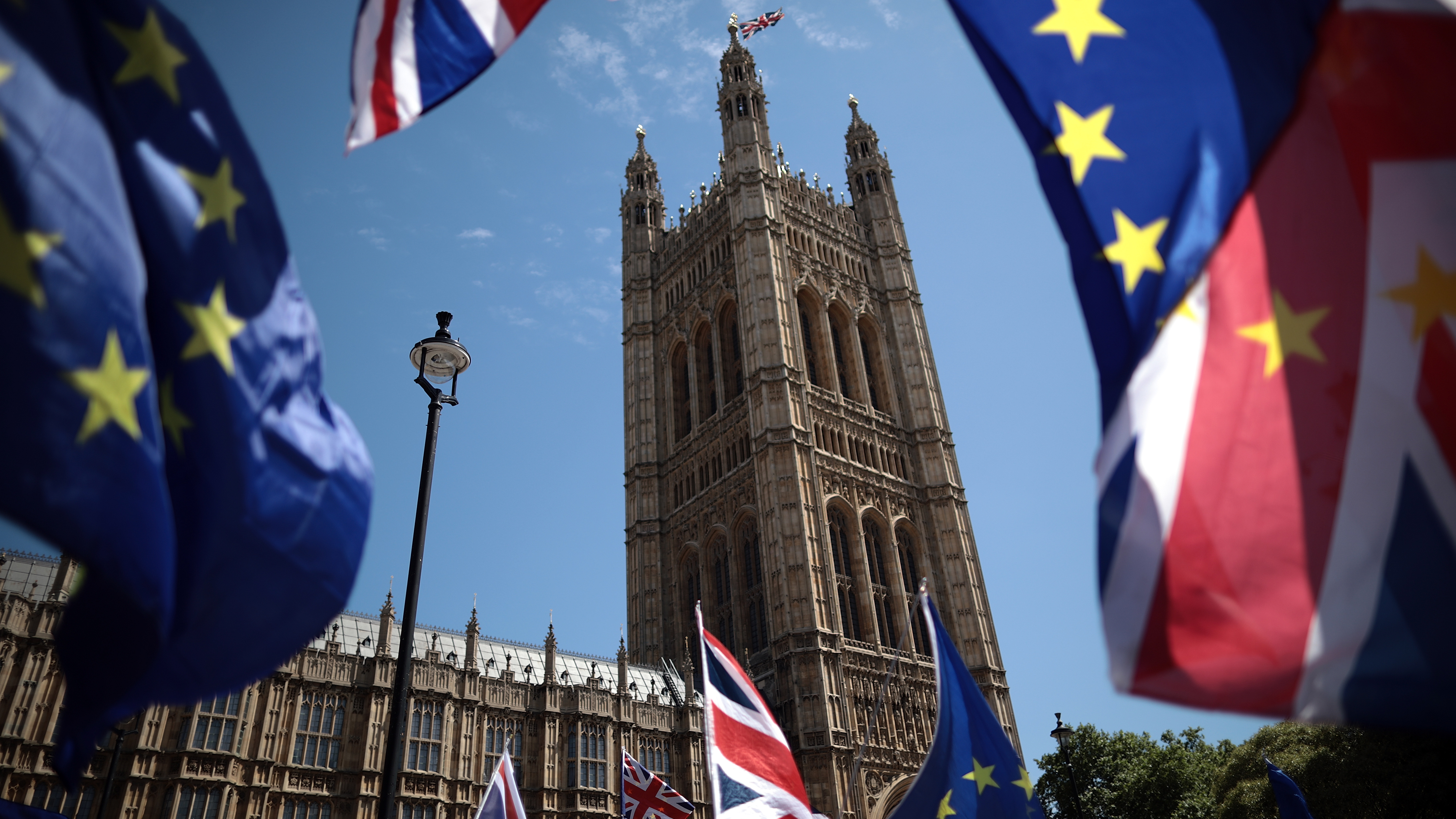 There has been frenzied debate about Brexit ever since a referendum was announced. /Dan Kitwood/Getty

There has been frenzied debate about Brexit ever since a referendum was announced. /Dan Kitwood/Getty

The UK finally leaves Europe's customs union and single market as 2021 gets under way, ending nearly half a century of often turbulent ties with its closest neighbors as it embarks on a new post-Brexit chapter.

The nation's exit from the bloc will become a reality at midnight in Brussels, or 11 p.m. London time, when the UK leaves the EU following a transition year.

For five years, the frenzied Brexit debates have dominated European affairs, haunted the sterling markets and challenged the UK's role in the world.

Cast by supporters as the dawn of a newly independent "global Britain," Brexit is widely seen to have weakened the bonds that bind together England, Wales, Scotland and Northern Ireland into a $3 trillion UK economy.

The post-Brexit status of Gibraltar, the British Overseas Territory, also looked particularly uncertain due to its ties with Spain, but on December 31 an initial agreement was put in place with the EU.

"Brexit is not an end but a beginning," Prime Minister Boris Johnson, told the UK parliament just hours before it approved his EU trade deal.

Johnson said there would be no bonfire of regulation to build a "bargain basement Dickensian Britain" and assured Europe the UK would remain the "quintessential European civilization." 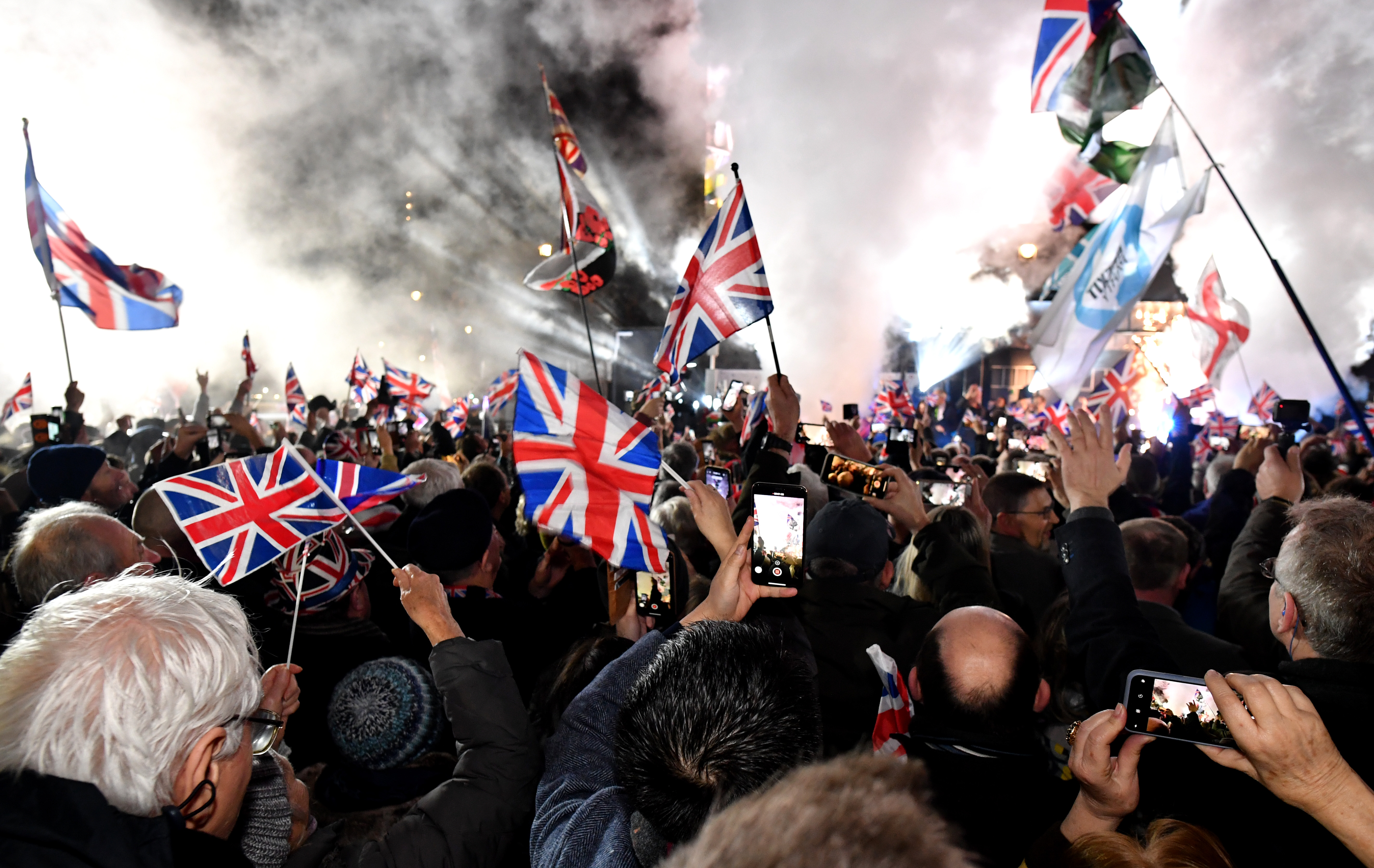 Brexiteers are celebrating leaving the EU but some are unhappy with the deal. /Jeff J Mitchell/Getty

Brexiteers are celebrating leaving the EU but some are unhappy with the deal. /Jeff J Mitchell/Getty

But the face of the Brexit campaign has been short on detail of what he wants to build with the UK's new "independence" – or how to do it while borrowing record amounts to pay for the COVID-19 crisis.

In the June 2016 referendum, 17.4 million voters, 52 percent, backed Brexit, while 16.1 million, 48 percent, backed staying in the bloc. England and Wales voted out but Scotland and Northern Ireland voted in and few appear to have changed their minds since.

The referendum showed a UK divided about much more than the EU and has fueled soul-searching about everything from secession and immigration to capitalism, empire and modern Britishness.

Leaving was once the far-fetched dream of "eurosceptics" on the fringes of British politics.

The UK joined in 1973 as "the sick man of Europe" and only two decades ago, British leaders were arguing about whether to join the euro single currency.

"The UK establishment had basically lost its mojo and we went into what was then the common market, really, for reasons of self-protection – we thought that was the best future for us, we couldn't see another way forward," Johnson said. 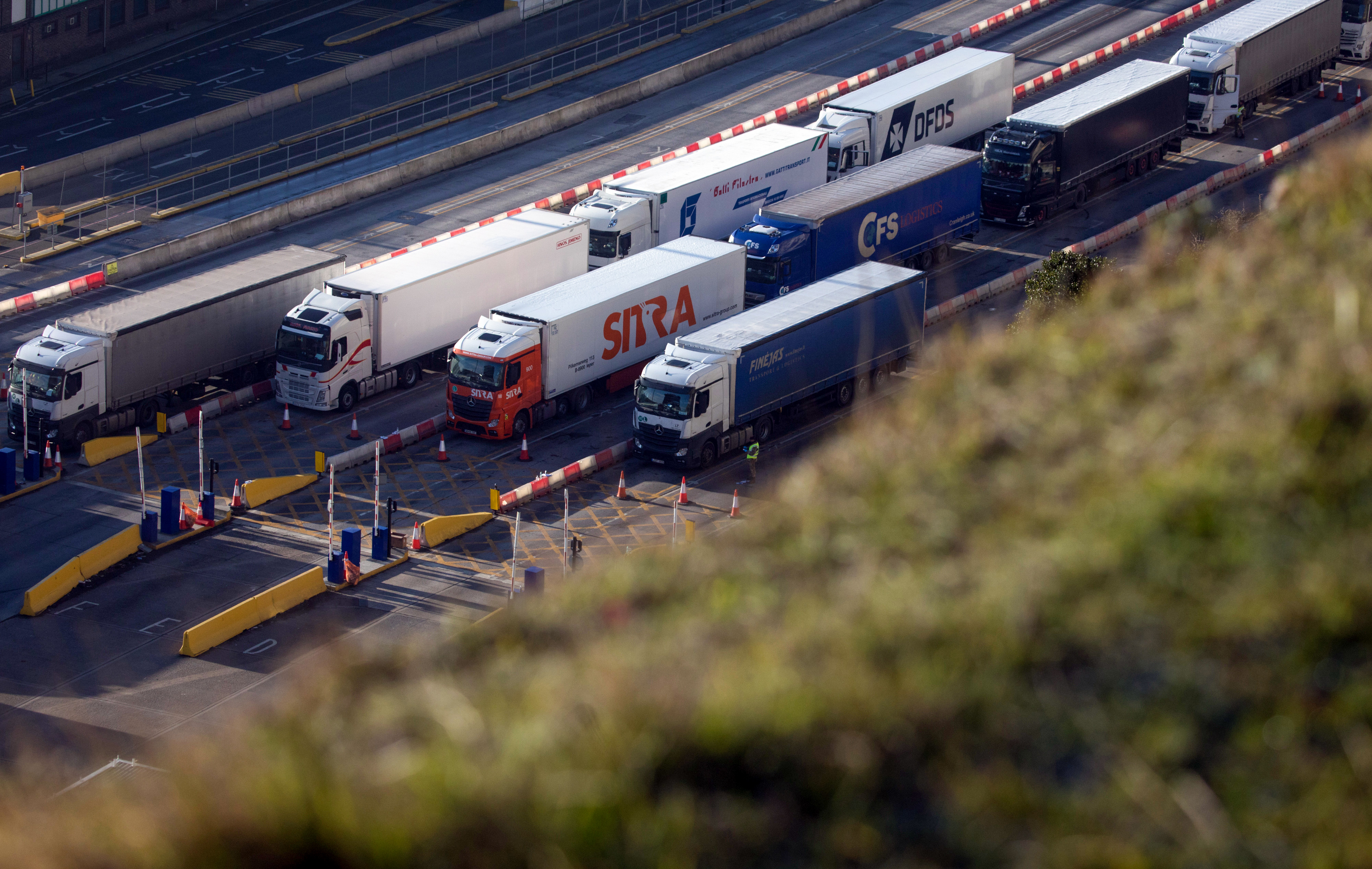 There will be more red tape now on trade between the UK and the EU. /Chris Ratcliffe/Bloomberg/Getty

There will be more red tape now on trade between the UK and the EU. /Chris Ratcliffe/Bloomberg/Getty

Almost 50 years on and Johnson now believes Brexit is a global opportunity for the UK.

"We see a global future for ourselves," said Johnson, who took over as prime minister in 2019 and then won the biggest Conservative majority since Margaret Thatcher in the December election.

There have been rallies by remainers who wanted to stay in the EU. /Jeff J Mitchell/Getty

There have been rallies by remainers who wanted to stay in the EU. /Jeff J Mitchell/Getty

After the UK leaves the single market, there is almost certain to be some disruption at borders. More red tape means more cost for those importing and exporting goods across the EU-UK border.

Walking away from almost half a century of membership means change to everything from pet passports and driving licence rules for the British in Europe, to data rules.

Support for Scottish independence has risen, partly due to Brexit and partly due to COVID-19, threatening the 300-year-old political union between England and Scotland.

Scotland's First Minister Nicola Sturgeon has said an independence referendum should take place in the earlier part of the devolved parliament's next term, which begins next year.

There have been celebrations by those who voted to leave but there is also disappointment among some over the terms of the Brexit deal.

"All I can feel is a sense of relief – relief that it has happened, relief that we are out. But it's not joy because there are aspects of this [trade] deal that really are dreadful," said Brexit campaigner Nigel Farage, who said he feared Scotland would try to break away.

"Parting is such sweet sorrow," she said. "What we call the beginning is often the end. And to make an end is to make a beginning."