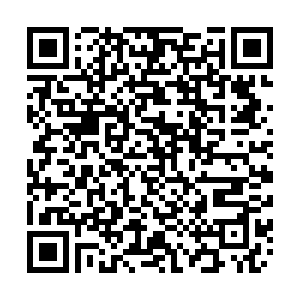 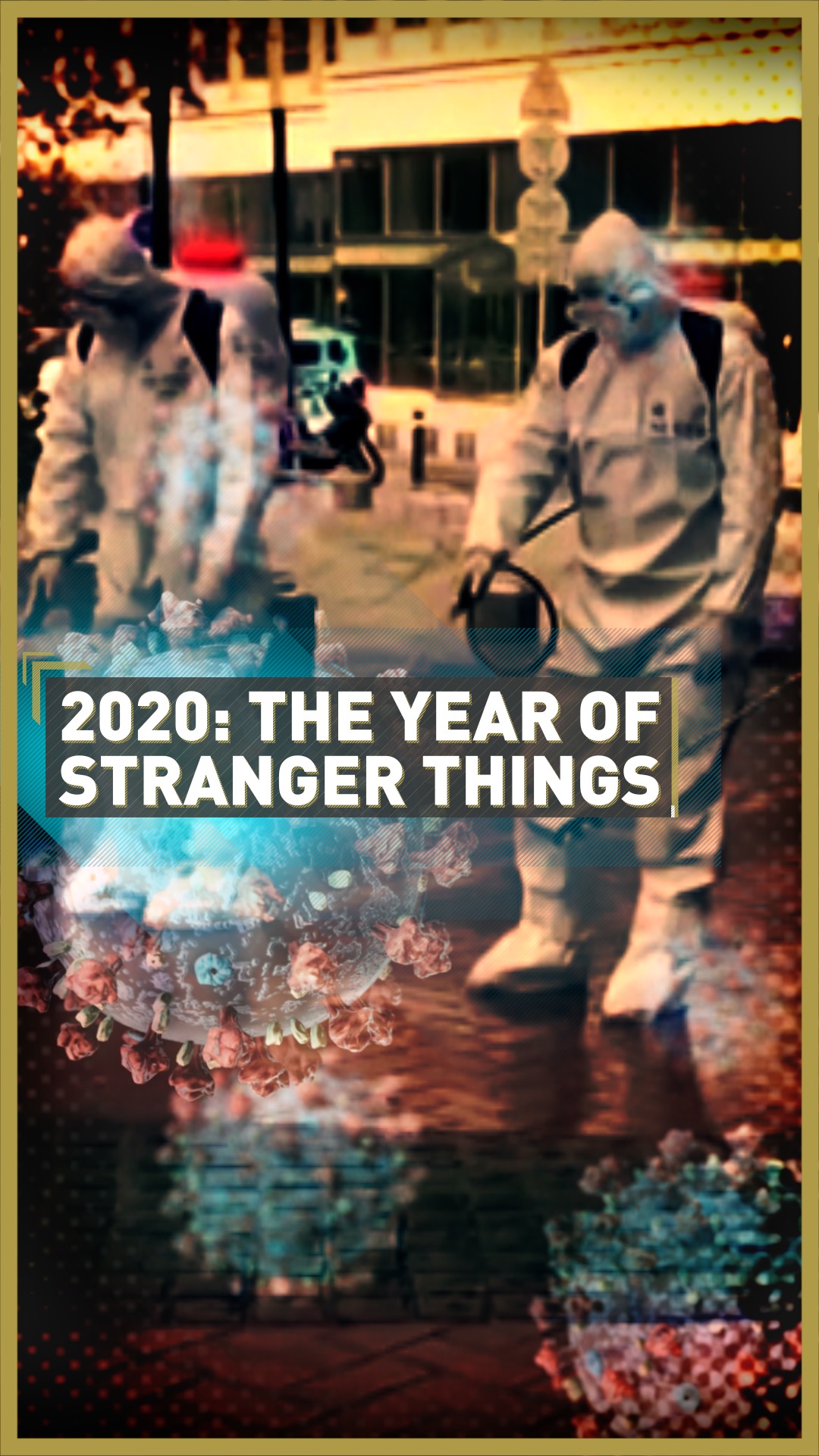 The COVID-19 pandemic has without doubt changed lives across the world. From the tragedy of more than 1.5 million global deaths, to the togetherness of communities teaming up to fight the deadly virus in their own unique ways, this year has had plenty of moments that will never been forgotten.

As 2020 comes to an end, here are some of the moments that people will look back on in years to come.

As the threat of nationwide lockdowns quickly became a reality across Europe as cases and deaths surged, leaders across the continent were quick to explain the severity of the crisis.

UK Prime Minister Boris Johnson warned the country's citizens during a nationwide address on March 12: "I've got to be clear, we've all got to be clear – this is the worst public health crisis for a generation."

France's President Emmanuel Macron ordered the closure of all nurseries, primary and secondary schools, high schools and universities on the same day, sparking panic across the continent.

And with many leaders following suit, life changed pretty quickly across Europe.

Around the same time as the announcements, people fearing for the future began panic buying despite governments urging them not to.

This led to empty shelves and tension at supermarket checkouts as nervous shoppers stocked up on canned goods, non-perishables and cleaning products.

Consumer psychologist Phillip Graves told CGTN Europe at the time the reason for the sudden surge in consumption was because "people are having their attention drawn to certain items, they're hearing that people are panic buying and they're going into shops, seeing that there are spaces on the shelves. All of that tends to fan the flames."

This trend led to shortages of items such as toilet roll and pasta for months in several supermarkets, with many being forced to ration purchases of certain goods. 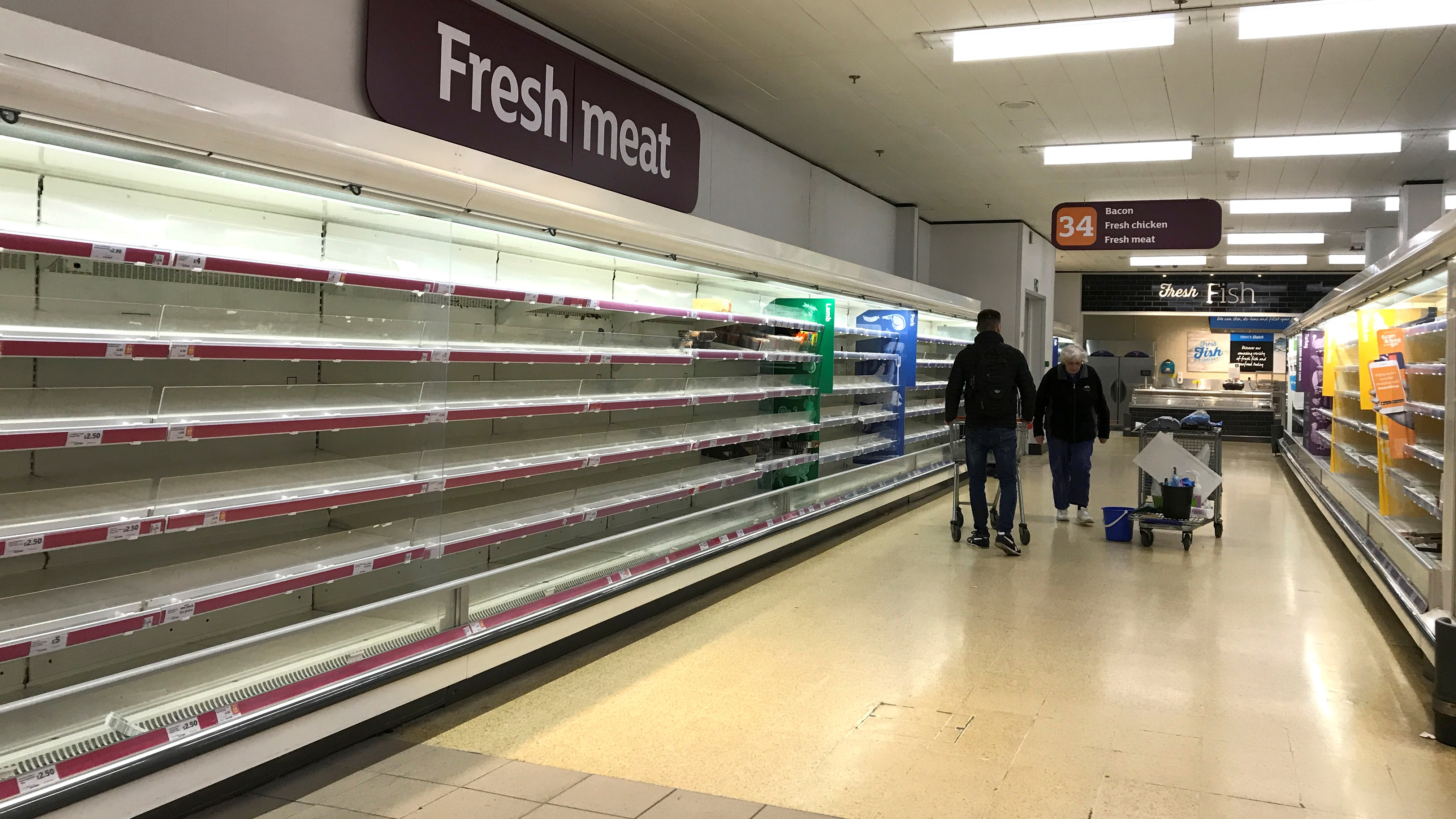 Supermarket shelves were left bare as people scared for the future began to panic buy. /AP

Supermarket shelves were left bare as people scared for the future began to panic buy. /AP

Lockdowns forced people to stay at home, meaning some of the busiest streets in Europe, usually bustling with visitors and locals, were left deserted.

Cities such as London, Madrid, Rome and Paris were almost unrecognisable for months, with streets clear of road transport while all shops, restaurants and bars were closed.

However countries across Europe had a vast decline in air pollution as a result of their COVID-19 lockdown measures.

Satellite images, sourced by Royal Netherlands Meteorological Institute (KNMI), from the Copernicus Sentinel-5P satellite, showed a significant reduction in nitrogen dioxide, a gas usually emitted by power plants, cars and factories, during the first lockdown in populated cities such as Madrid, Milan and Paris as the world shut down. 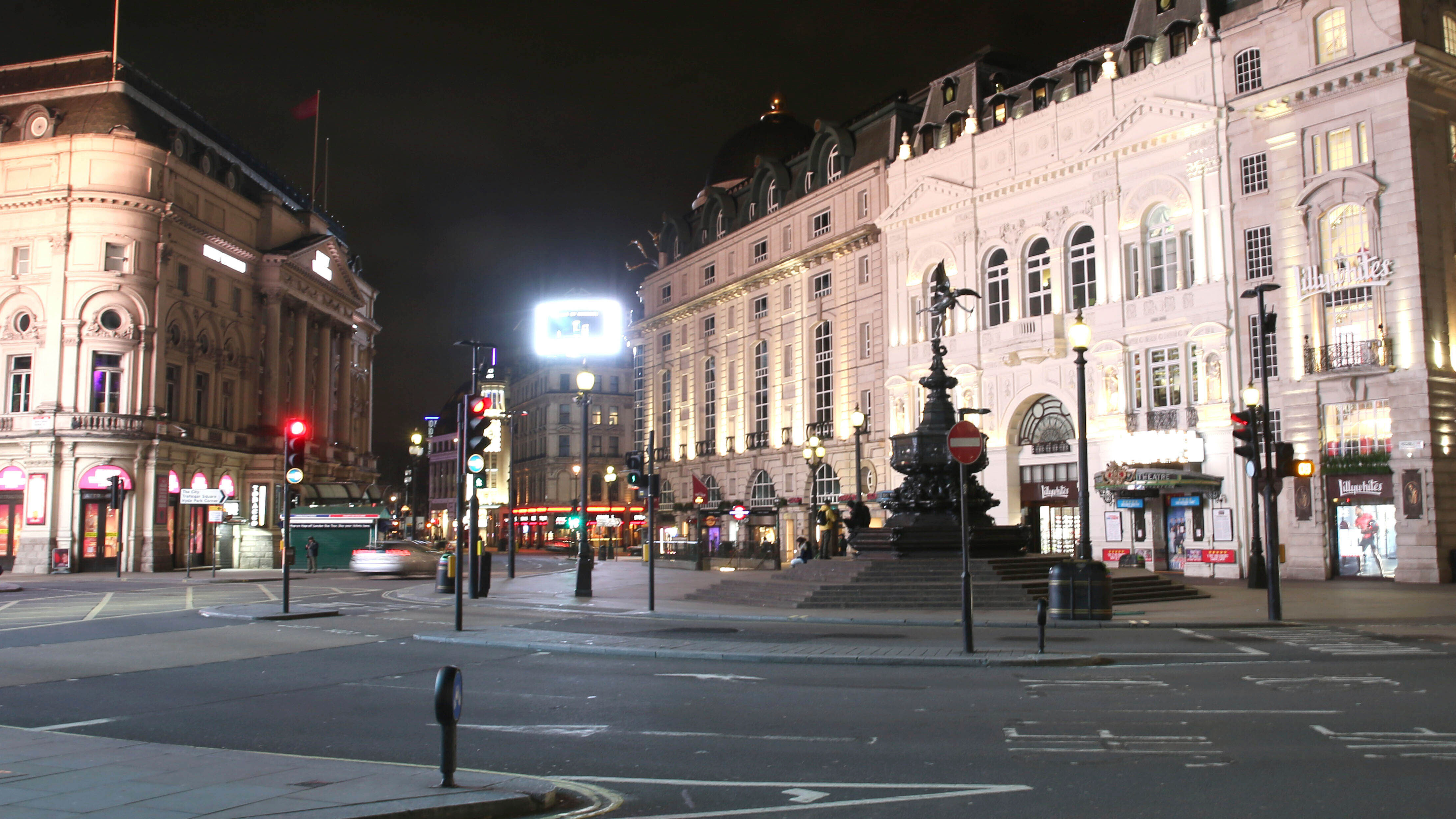 Streets usually bustling with people in London, UK, were deserted as the country entered a nationwide lockdown. /AP

Streets usually bustling with people in London, UK, were deserted as the country entered a nationwide lockdown. /AP 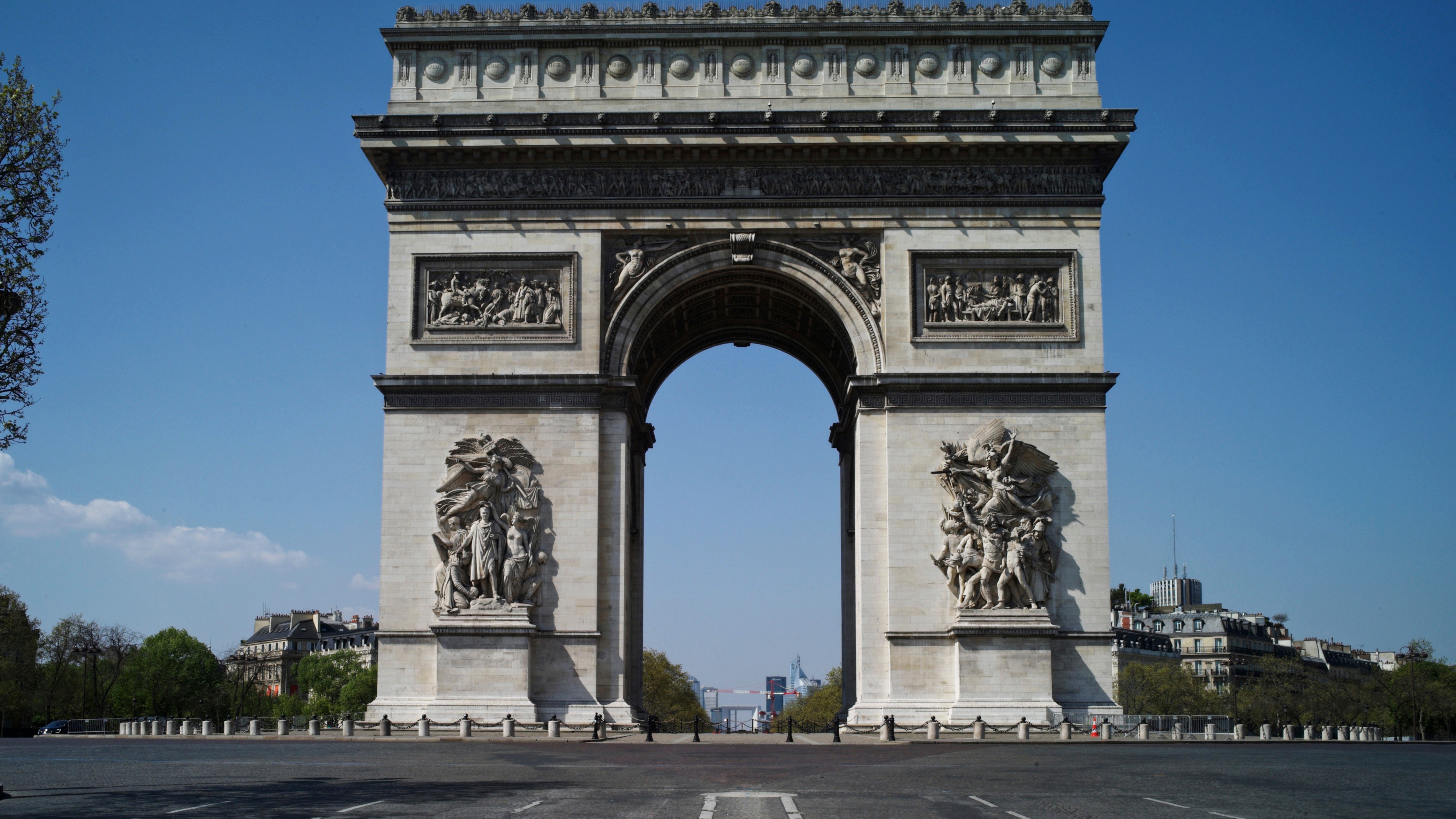 One of Paris's most famous monuments, the Arc de Triomphe, turned into a ghost town. /AP

One of Paris's most famous monuments, the Arc de Triomphe, turned into a ghost town. /AP 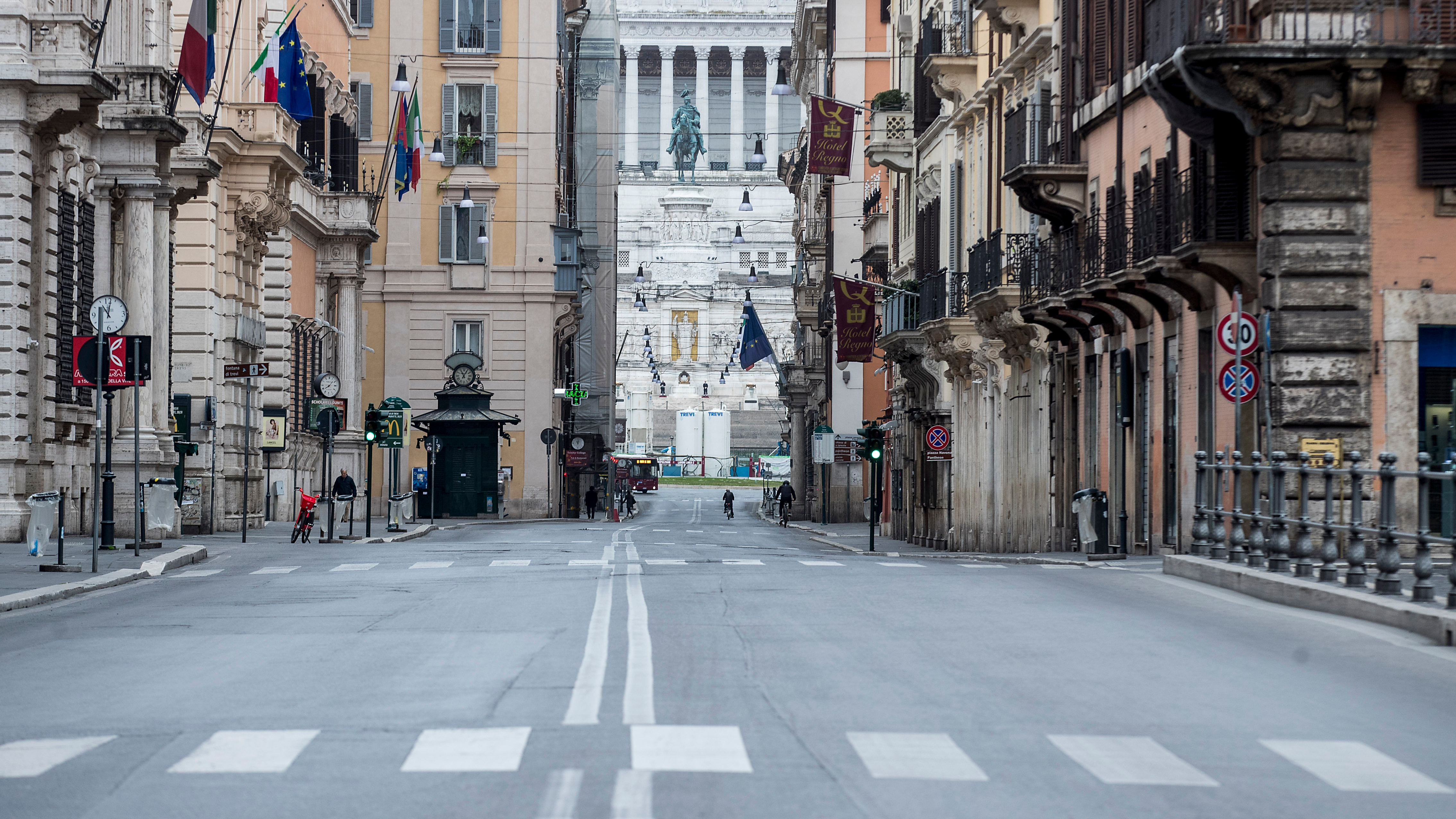 While some of the busiest shopping streets in Rome, Italy were left empty as the country battled the virus. /AP

While some of the busiest shopping streets in Rome, Italy were left empty as the country battled the virus. /AP

Even those who were fortunate enough to live in a country where they were not told to stay at home experienced severe changes to their everyday lives.

Governments, alongside the World Health Organization urged people who were leaving their house to wear a face covering to protect themselves and others from the virus. People were also told to keep at least a 2-meter distance from other people.

Social distancing signs and arrows were prominent to help people stay away from others in most restaurants, shops and bars. This is still the case in many nations across Europe as countries continue to try to gain control of the deadly virus. Face masks and social distancing became the norm for millions across the world. /AP

Face masks and social distancing became the norm for millions across the world. /AP

As humans were confined in their homes, wild animals took their chance to explore urban areas.

Driven by a search for food and encouraged by the lack of people, animals including goats in Wales, pumas in Chile and monkeys in Thailand were seen entering the spaces left vacant by humans.

Marcelo Giagnoni, the head of Chile's agricultural and livestock service, which helped police capture the Puma running around Chile’s capital, Santiago, said: "This is the habitat they once had and that we [humans] have taken away from them."

There have been very few reported sightings of such animals in cities across the world once lockdown restrictions were eased. 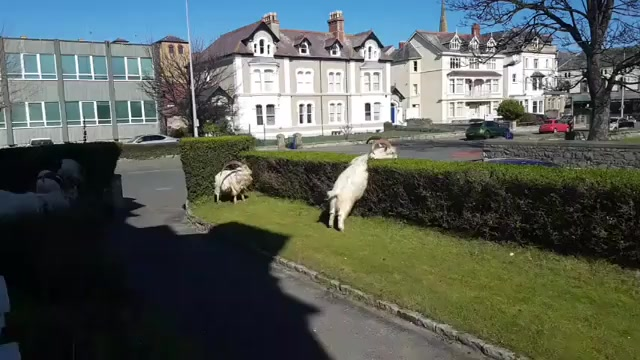 Adventurous animals took the chance to explore urban areas, like these goats in Wales. /AP

Adventurous animals took the chance to explore urban areas, like these goats in Wales. /AP

Many sectors were hit hard as a result of the pandemic and the aviation industry was no different.

At first, many countries across the world completely shut their air travel borders, meaning airlines were left fighting to stay afloat.

Even as borders began to reopen and people were allowed to travel again, restrictions such as a mandatory 14-day quarantine on arrival meant the industry still hasn't recovered to anywhere near pre-pandemic levels.

CGTN Europe's Jemima Walker traveled on a flight from London to Glasgow back in June and was amazed at how quiet the plane and terminal buildings were.

"I couldn't see a single passenger sitting next to someone else [on the flight], unless it was someone they knew, but only because it was an empty flight," she said.

Many summer holidaymakers' plans were also scuppered – Spain's eastern coastline in Valencia is usually bustling with international tourists and locals alike. But this year these beaches, like most across the continent, were left empty. 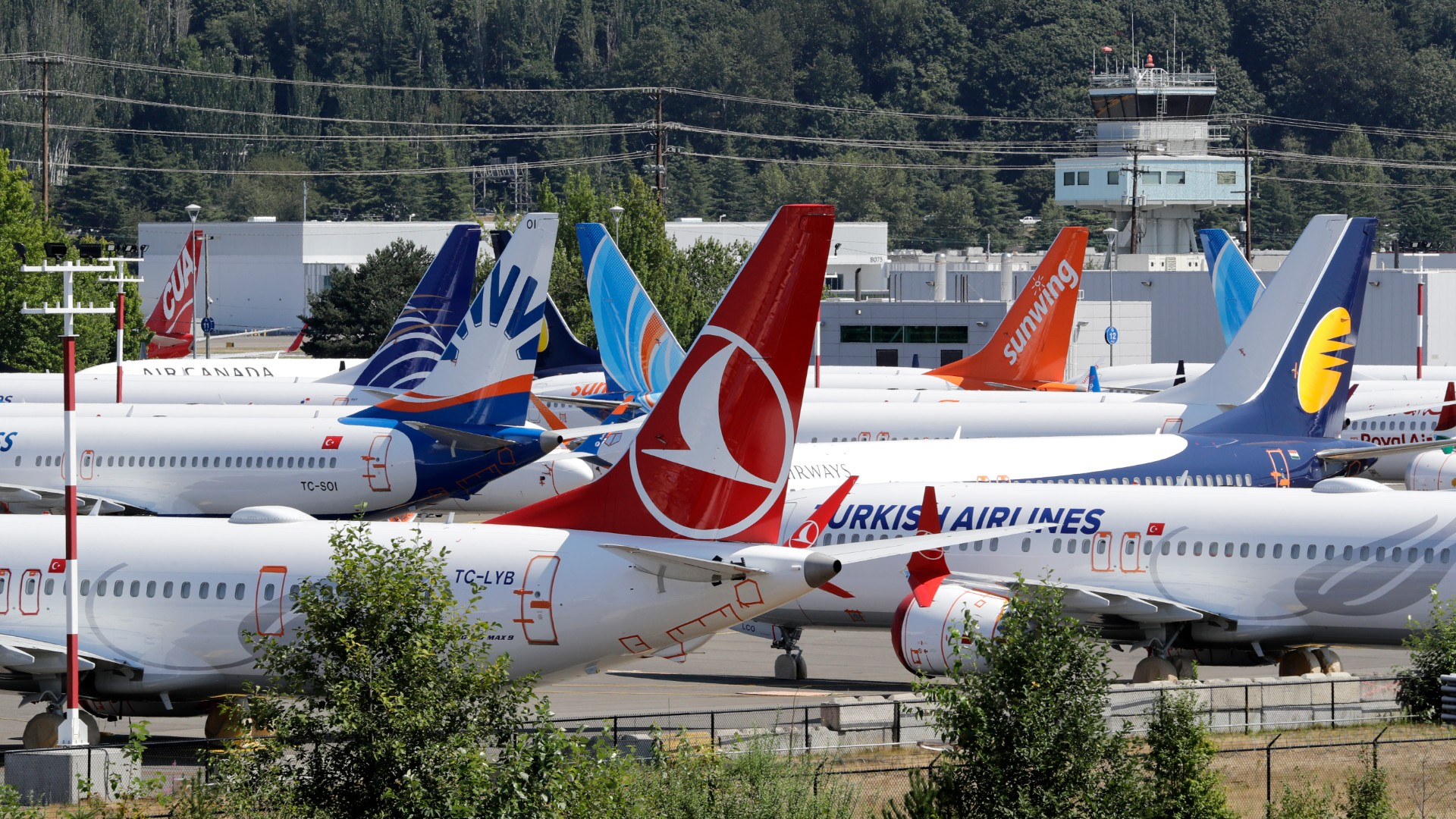 Many planes were left on the runway for months and even when air travel picked up again, restrictions prevented many passengers from traveling. /AP

Many planes were left on the runway for months and even when air travel picked up again, restrictions prevented many passengers from traveling. /AP

Typical recreation actives would usually include playing sports with your friends, going to the gym or maybe even performing in a play or in a band.

But this year, people have had to use their imagination to keep themselves active during the pandemic.

One man who used his initiative was 32-year-old Frenchman Elisha Nochomovitz who decided to run a marathon on his balcony at home during the nationwide lockdown in April.

Nochomovitz was due to take part in the Barcelona marathon but it was canceled amid the pandemic, so had to come with an alternative way of running the race while setting an example for others to stay at home.

There were also dozens of performers, who took to their balconies to continue to showcase their skills while lifting spirits amid the toughest of times.

Like French opera singer Stephane Senechal, who took to his balcony in Paris to serenade his neighbors.

Other activities across Europe included clapping healthcare workers tackling the crisis on the front line, while even the competitors of one of the biggest rowing races in world competed between Oxford University and Cambridge University swapped London's River Thames for rowing machines at their houses to take part in the competition's first ever virtual race.

With many professional soccer matches across Europe closed to fans, clubs had to come up with their own unique ways of building some kind of atmosphere.

German top division team Borussia Monchengladbach decided to give its fans the opportunity to purchase a cardboard cutout of themselves to sit in their seat at the stadium in their absence. 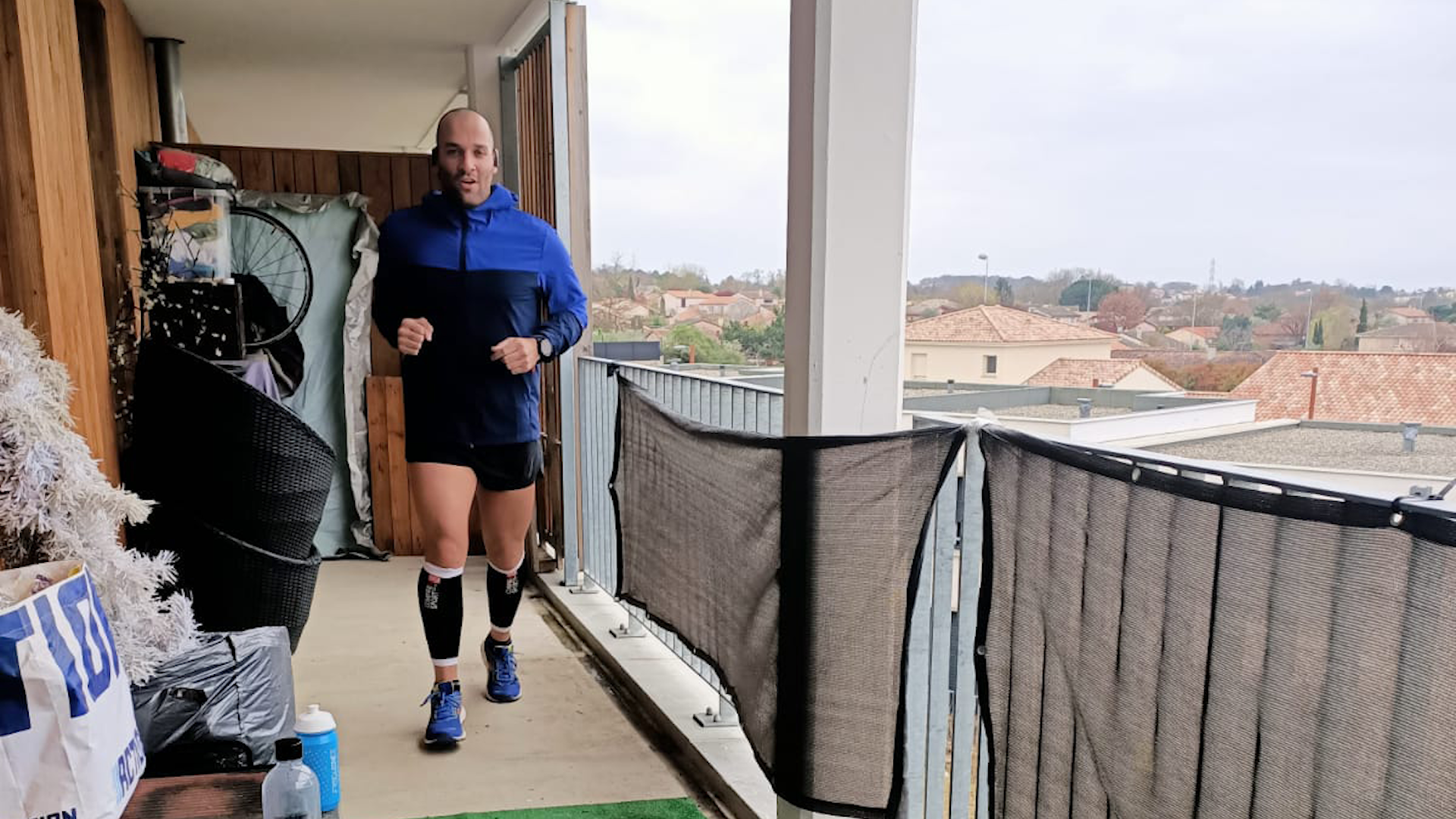 From the G20 summit to China-EU discussions – even some of the most important meetings in the world had to be held online amid the pandemic.

And even when they were eventually allowed to resume in-person talks, handshakes were banned. Instead, world leaders had to use the now commonplace elbow bump to greet each other. 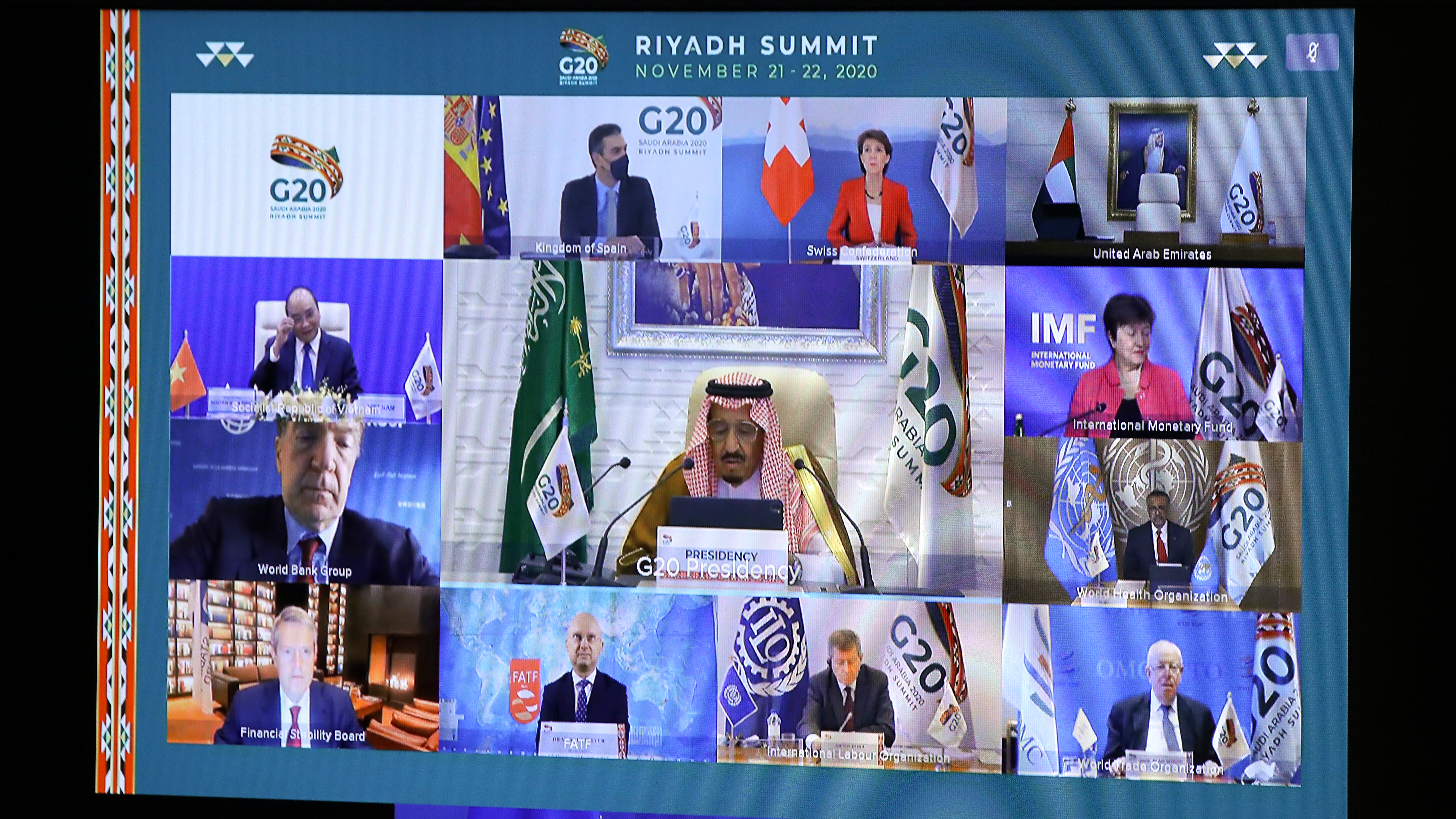 The G20 summit was one of many global leaders' conferences to be held virtually amid the pandemic. /Reuters

The G20 summit was one of many global leaders' conferences to be held virtually amid the pandemic. /Reuters

Despite this year being a tough one for many, the human race has pulled together to do everything they can to limit the damage caused by the pandemic.

It is hoped that the introduction of vaccine across the world will allow everyone to return to some kind of normality soon.