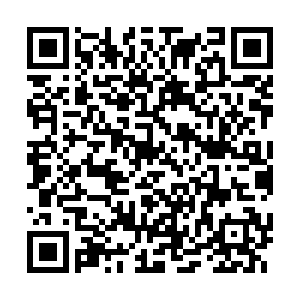 The deal has been done, after four and a half years of rancour, but the full details of the United Kingdom's divorce settlement with the European Union will only start to become clear in the coming days.

The 1,246-page document sets out the fine print on how disputes over trade will be addressed, the politically sensitive issue of fishing rights, and to which EU regulations the UK will remain aligned.

UK Prime Minister Boris Johnson said the agreement had been, "carefully judged to benefit everyone."

What isn't yet clear is how hardline Eurosceptics in the Conservative Party Johnson leads will react to some of the compromises laid out in the document as details become clearer.

One area where compromise has proven essential but not universally popular concerns fishing, with an agreement that EU boats gradually relinquish 25 percent of their current quotas during a five-and-a-half year transition period.

The National Federation of Fishermen's Organisations said the fishing industry had been sacrificed by Johnson. For example, it said, the UK's share of Celtic Sea haddock will increase to 20 percent from 10 percent, leaving 80 percent in the hands of EU fleets for a further five years. In 2026 annual renegotiations of fishing stock quotas will be introduced.

Barrie Deas, chief executive of the National Federation of Fishermen's Organisations, said: "the prime minister caved in on fish, despite the rhetoric and assurances."

Scottish First Minister Nicola Sturgeon, the leader of the Scottish National Party, which opposed Brexit, said Johnson had "sold out Scottish fishing all over again."

By contrast, Olivier Lepretre, president of the fishing committee for the northern Hauts-de-France region, called it "a huge relief for (French) fishermen, a win-win deal."

Combined with fish and shellfish processing, the sector makes up 0.1% of the United Kingdom's GDP but was a totemic issue in the 2016 referendum which saw the UK vote to leave the EU. UK prime minister Boris Johnson gestures during a remote press conference to update the nation on the post-Brexit trade agreement, inside 10 Downing Street in central London on December 24. /Paul Grover/AFP

UK prime minister Boris Johnson gestures during a remote press conference to update the nation on the post-Brexit trade agreement, inside 10 Downing Street in central London on December 24. /Paul Grover/AFP

The trade deal agreed on December 24, is expected to be ratified by the UK parliament before transition arrangements expire on December 31. It will come into force provisionally in the EU, pending a vote by the European Parliament expected in January.

The deal avoids tariffs or quotas on almost all goods produced in the UK and EU moving between the two sides.

British exports must comply with EU health and safety standards and conformity rules, and there are strict rules governing products made with parts originating outside the EU or UK. Disputes will be addressed by the WTO or ad hoc arbitration tribunals made up of three independent legal and trade experts, should consultations fail. Whether this will pass the 'sovereignty test' demanded by vocal Brexit campaigners is unclear.

Despite avoiding tariffs and quotas, there will be more bureaucracy for UK firms caused by leaving the EU's customs union and single market, although businesses have expressed relief that a deal has been agreed.

"While not fully comprehensive, it at least provides a foundation to build on in future," said Laura Cohen, chief executive of the British Ceramic Confederation.

The treaty will be overseen by a 'Partnership Council' with representatives from both sides.

Various committees under that Council will supervise the different aspects of the treaty. There is also an option for MPs and MEPs to form a 'Parliamentary Partnership Assembly.'

This leaves open the possibility of fresh arguments between the two sides for years to come, although a shared desire to end the exhausting bitterness of recent years may preclude that somewhat.

Ursula von der Leyen, President of the European Commission, called the deal "fair and balanced, the right and responsible thing to do for both sides."

Many commentators accused the deal of being thin on detail - designed primarily to prevent a chaotic UK departure from the union - with agreements on subjects as diverse as security, data sharing, and financial services requiring more explanation.

The coming weeks will show just how much work remains to be done before the next chapter of the UK's relationship with Europe can really begin.