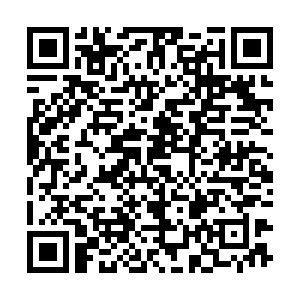 On Thursday morning, at the Torlak Institute for Virology in Belgrade, Serbian Prime Minister Ana Brnabić received a jab against the COVID-19 virus.

She was accompanied by her labor minister and the country's top epidemiologist. Brnabić was the first European PM to take a vaccination against COVID-19 – in this case, the one produced by Pfizer/BioNTech.

Just a few days earlier, Serbia received a small batch of just under 4,900 doses of that vaccine. The government plan is to use those doses to vaccinate several thousands of the elderly in the caring homes in the capital Belgrade and the second largest city of Novi Sad.

Thursday's vaccination was also a public display of the government's trust in the Pfizer/BioNTech vaccine, and it was shown live on some national TV networks.

Its goal was to boost interest among the people to take the jabs when those are available for the general public. Vaccination was a routine procedure that took under a minute, but because of the recent cases of strong allergy reactions to the Pfizer/BioNTech vaccine, all the government officials remained under medical observation for the next 30 minutes.

At the press conference that followed the jab, PM appeared in front of the large crowd of journalists announcing that more vaccines from different producers would soon arrive in Serbia.

Besides Chinese vaccines, the Russian Sputnik-V, UK's Astra Zeneca, and US Moderna vaccines should come later. The idea is that Serbian citizens can individually choose which one they'd take.

The leading Serbian expert in the fight against COVID-19, Predrag Kon, said that this is the beginning of the country's counteroffensive against the epidemic. According to him, the vaccine is a powerful weapon in the hands of the local medics.

COVID-19 vaccination is voluntary in Serbia, and the government has no plans, at the moment, to make it mandatory.