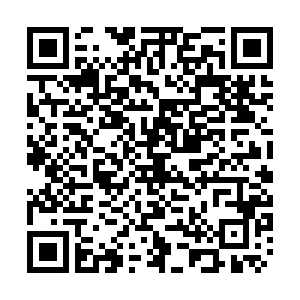 • The European Union began a mass rollout of the Pfizer/BioNTech vaccine across the bloc on Saturday, with countries expected to start as soon as possible.

• Russia's infections tally passed three million after 29,258 new cases were reported in the past 24 hours.

• COVID-19 cases worldwide have surpassed 79 million, according to the latest data from the Johns Hopkins University.

• France has reported its first confirmed case of the new virus variant that recently emerged in the UK, according to the country's health ministry.

• A new antibody treatment developed by pharmaceutical company AstraZeneca is being trialed by the UK's University College London Hospitals NHS Trust, with the hope it could prevent people developing COVID-19 even after being exposed to the SARS-CoV-2 virus.

• Italy reported 459 new deaths in the past 24 hours, down slightly from the 505 the day before, while new infections rose by 19,037 taking the total number of cases since the start of the pandemic to 2.02 million.

• China has approved the delivery of doses of its COVID-19 vaccine to Turkey from Sunday. Turkey's Health Minister Fahrettin Koca said "We are now confident that the vaccine is effective and safe for Turkish people."

• Six million more people in the East and South East regions of England entered the country's strictest restrictions from Saturday amid concerns over the spread of the new strain of the virus.

• France's first doses of the Pfizer-BioNTech vaccine were delivered to the Paris hospital system central pharmacy on Saturday as the country prepares to begin inoculations on its citizens.

Since the pandemic began, and by the end of December 25, more than 70,000 people have died from COVID-19 in the UK. Another 570 deaths were recorded during the past 24 hours and more than 32,000 others have tested positive for the virus.

Harsher restrictions from today applies to millions more people, as rule changes come into force across the UK. An extra six million people in east and south-east England have gone into the highest COVID alert level, which includes a "stay at home" order. In Wales, Scotland and Northern Ireland, lockdowns are reimposed as infection rates have increased in certain regions.

Tighter rules means all non-essential shops have to close, including barber shops and hairdressers, swimming pools and gyms, and people can only travel to work if it's absolutely necessary. Pubs and restaurants are allowed to serve takeaway meals and drinks.

There's some good news however, as a new antibody treatment is being trialed with hopes that it could prevent people from developing COVID-19 after being exposed to the virus.  The antibody has been developed by pharmaceutical company AstraZeneca and is being looked at by the University College London Hospitals NHS Trust as part of a new trial. 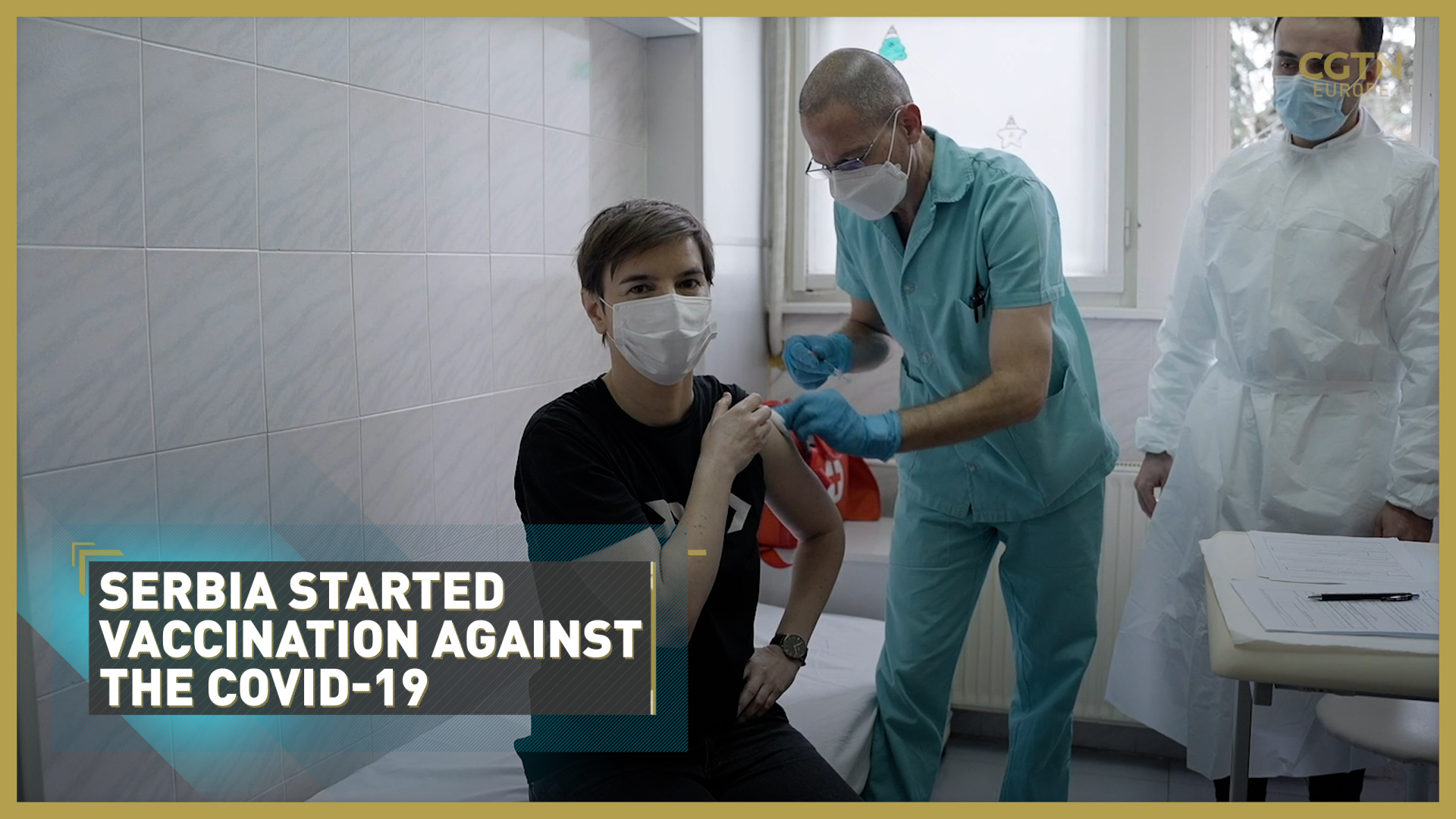 The latest data from Germany's Robert Koch Institute shows there have been 14,455 new cases of coronavirus recorded. On the surface, that looks like a significant drop compared to the same day last week, but the Christmas holidays have meant a number of regions have not registered their data in the past 24 hours, so it is difficult to determine what the actual national figure is today.

Similarly, there have been 240 official COVID-19 deaths declared, but that number should be taken with a pinch of salt because, again, because several states have not registered their data today.

We expect to hear from Germany's Health Minister today, who will give an update on the plans to start vaccinations tomorrow.

France has reported its first confirmed case of the new virus variant that recently emerged in the UK, according to the country's health ministry. The person arrived from London on December 19 and was tested in hospital on December 21. He is asymptomatic and self-isolating at his home in Tours, central France, the ministry added.

Meanwhile the country's first doses of the Pfizer/BioNTech vaccine were delivered to the Paris hospital system's central pharmacy on Saturday morning. The country's vaccinations are due to begin on Sunday, with people in two elderly care homes the first to receive the jab. The pharmacy's chief Franck Huet called the delivery of the 19,500 doses a "historic" moment in the pandemic. 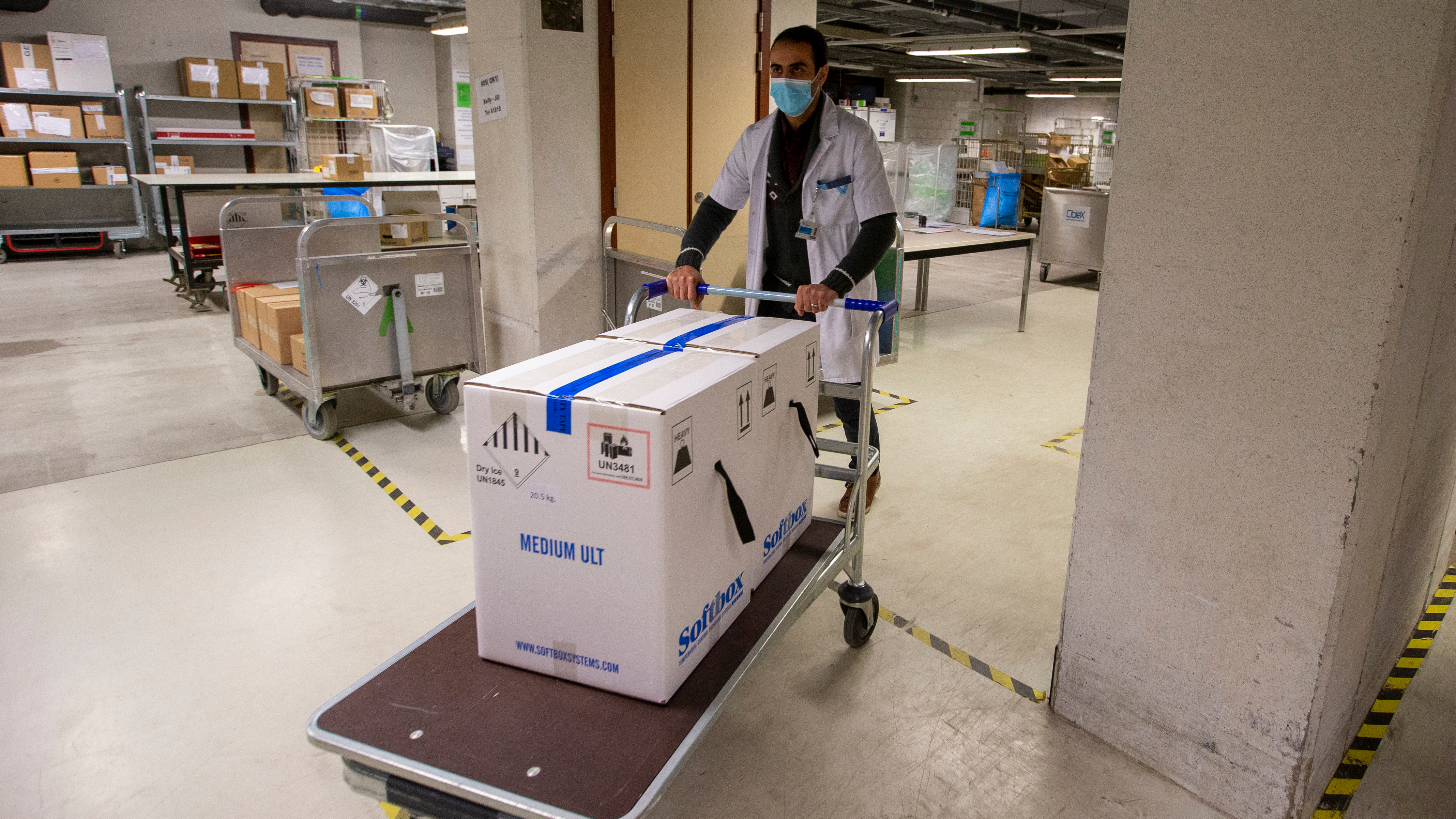 The European Union began a mass rollout of the Pfizer/BioNTech vaccine across the bloc on Saturday, including to this hospital in Leuven, Belgium. /AP

The European Union began a mass rollout of the Pfizer/BioNTech vaccine across the bloc on Saturday, including to this hospital in Leuven, Belgium. /AP

CGTN America: The COVID-19 pandemic through the eyes of a reporter