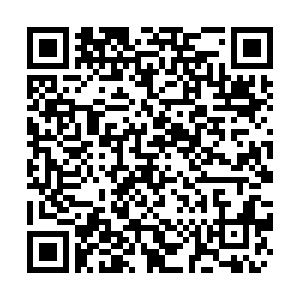 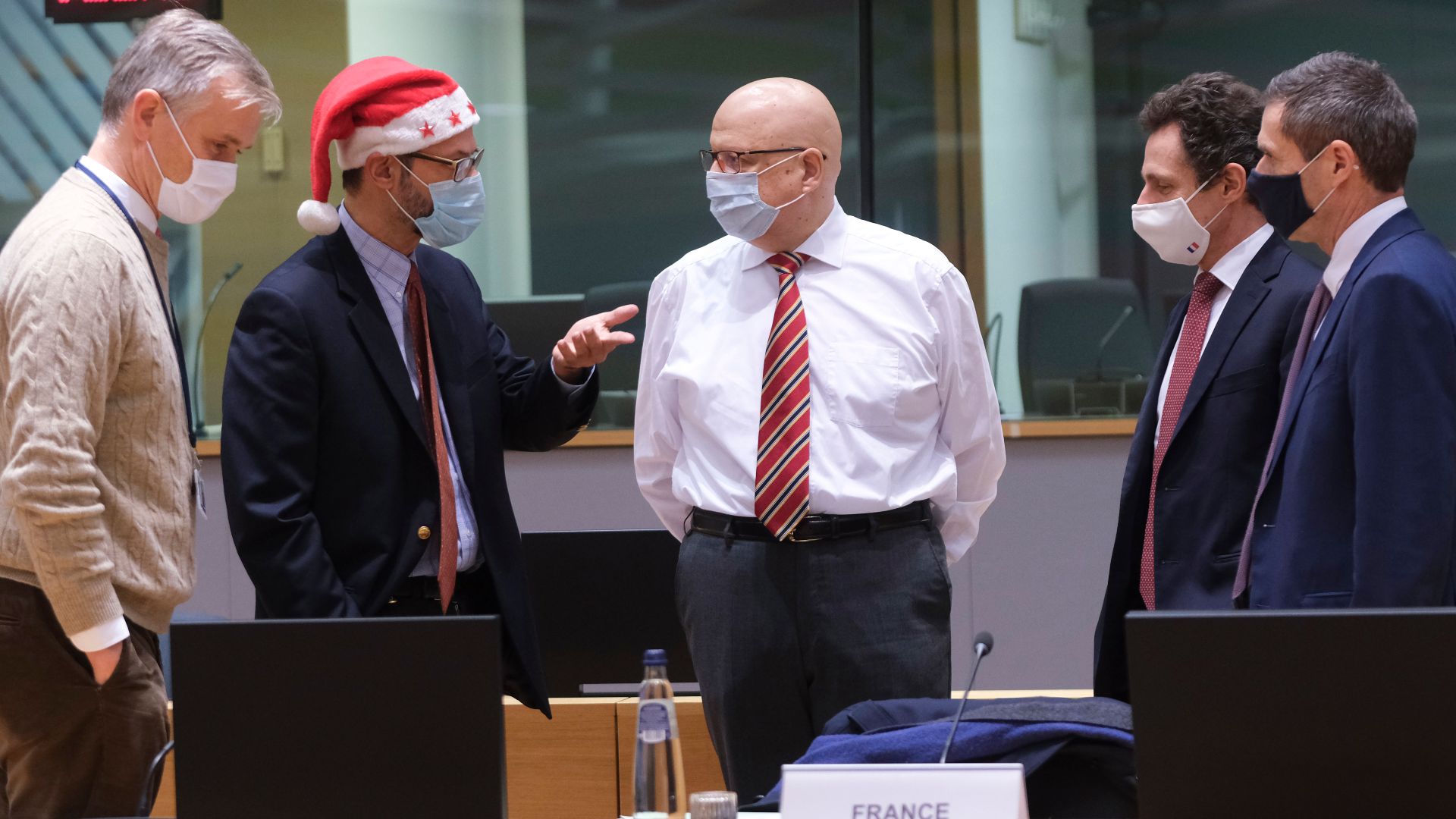 This year, 27 ambassadors are spending their winter holidays at the European Council building in Brussels to go over the new Brexit trade deal. The unusual Christmas arrangements are the first step in the speed-up process to get the Brexit trade deal ratified.

While negotiators from European Union and United Kingdom finally agreed the deal on Thursday, a week before the UK's transitional period to leave the EU will end, both the EU and UK parliaments still have to vote on it.

The UK Parliament will vote on the deal on Wednesday December 30, the day before the transitional period ends on December 31 at 11 p.m. GMT – a fast turnaround for an agreement that could previously have taken months to discuss.

Despite that, and despite some expected criticism from hardline Eurosceptic lawmakers in Boris Johnson's Conservative Party, the UK Parliament is still expected to approve the deal, with the support of the opposition Labour Party.

However, the short notice means that MEPs – European lawmakers – will not be able to do so until mid-January.

This is the process the deal has to follow. 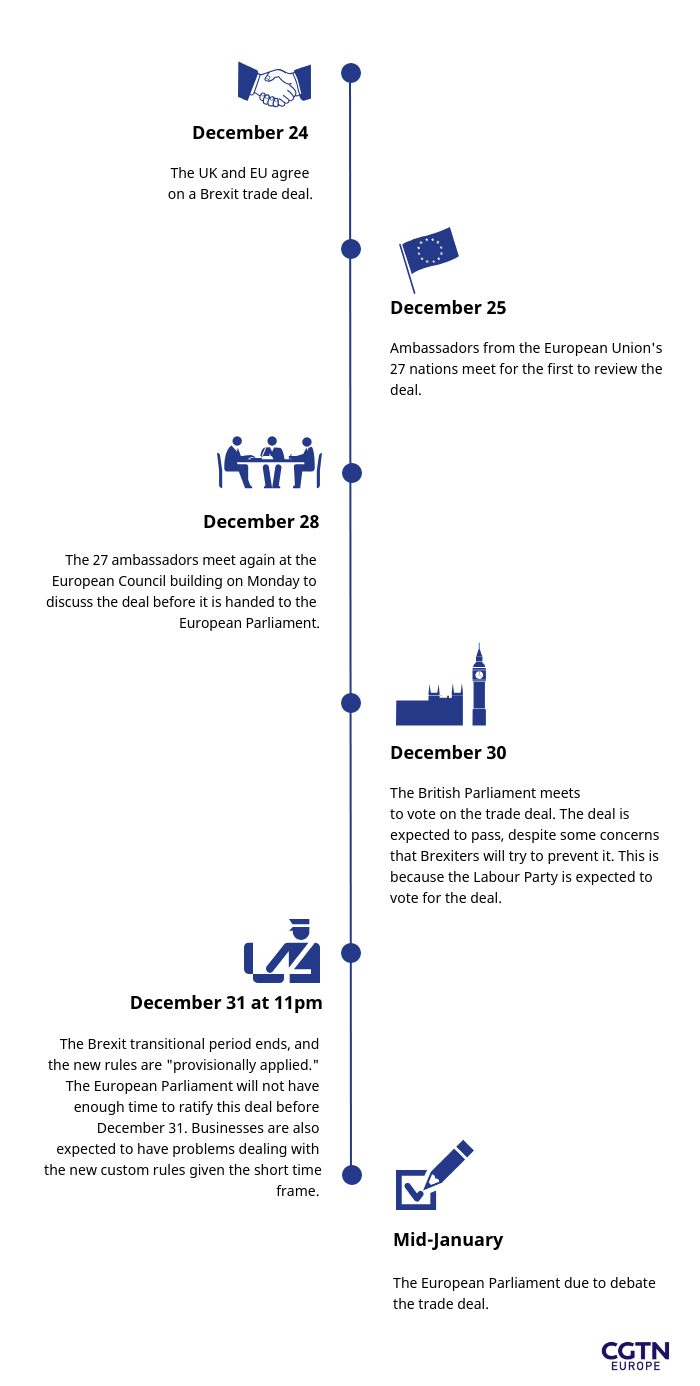