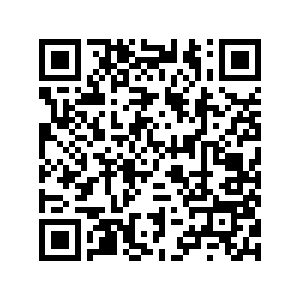 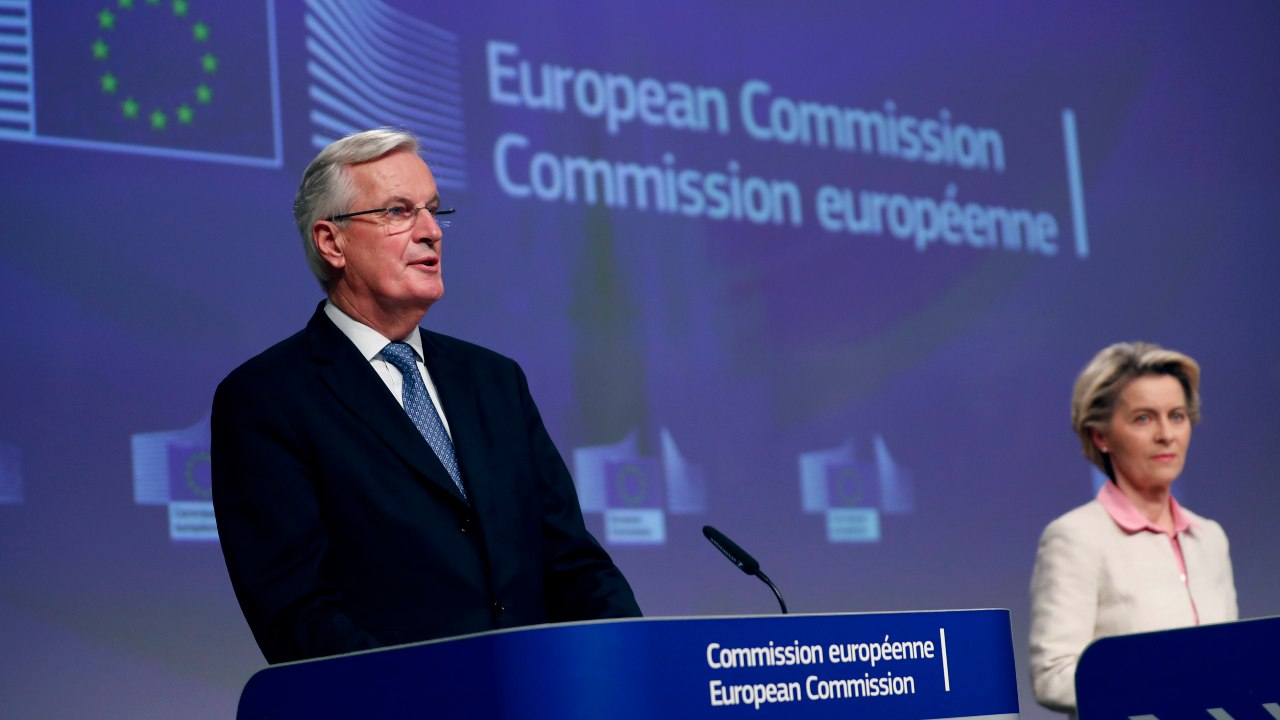 "It is fair, it is a balanced deal, and it is the right and responsible thing to do for both sides" – European Commission President Ursula von der Leyen

"We have taken back control of our money, borders, laws, trade and our fishing waters" – UK Prime Minister Boris Johnson

"The clock is no longer ticking... Today is a day of relief, but tinged by some sadness as we compare what came before with what lies ahead" – Michel Barnier, European Commission's Head of Task Force for Relations with the United Kingdom

"Thank you Michel Barnier for your tenacity and your commitment to defending the interests of Europeans and their unity. Thanks to you and Ursula von der Leyen, European solidarity has shown its strength" – French President Emmanuel Macron 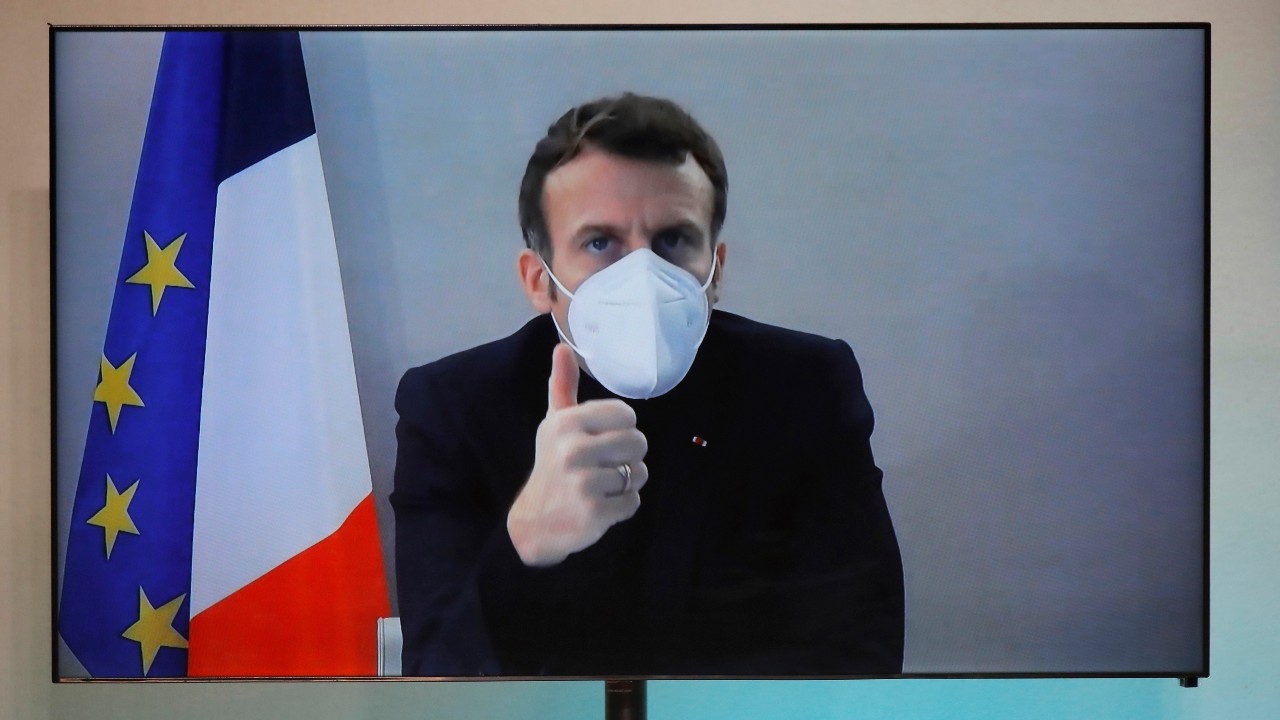 "Brexit is happening against Scotland's will. And there is no deal that will ever make up for what Brexit takes away from us. It's time to chart our own future as an independent, European nation" – Scottish First Minister Nicola Sturgeon

"It is not the deal that the government promised – far from it... A better deal could have been negotiated, but I accept that that option has now gone – the chance for renegotiation is over" – Sir Keir Starmer, leader of the UK's opposition Labour party. Starmer has said his party will approve the deal 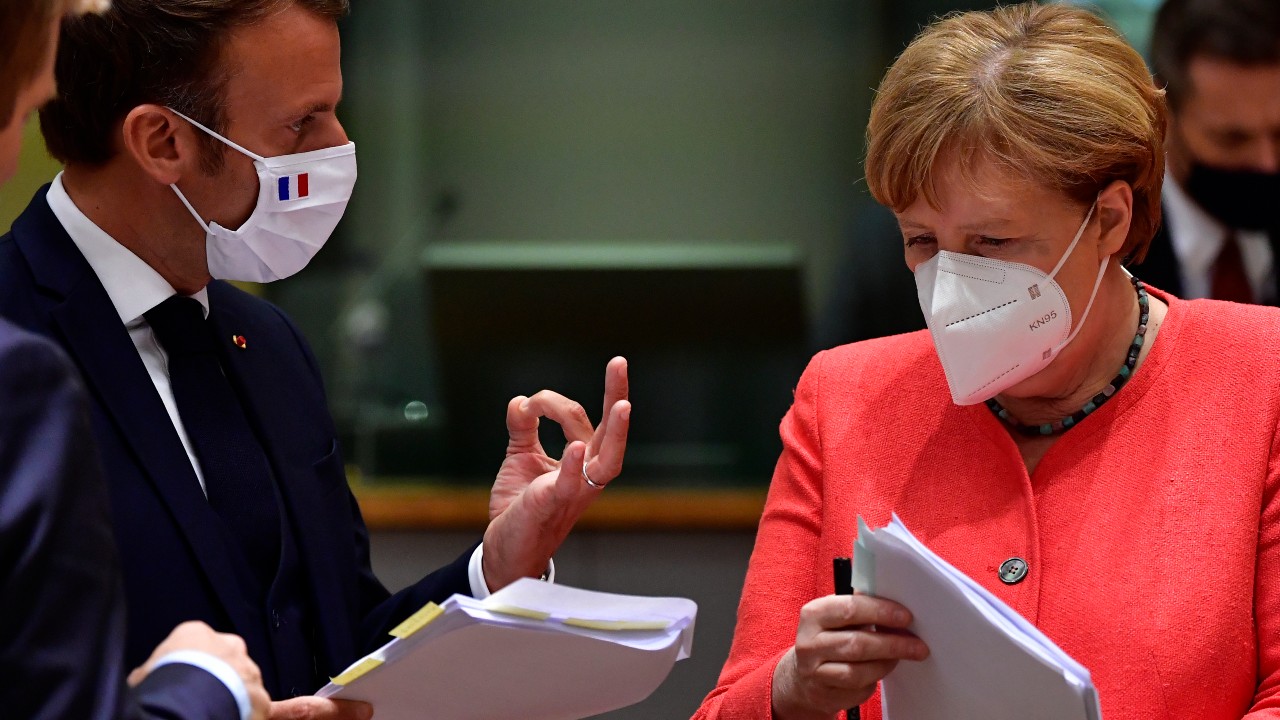 German Chancellor Angela Merkel says her government will 'closely examine the text of the agreement.' /John Thys /Pool via AP

German Chancellor Angela Merkel says her government will 'closely examine the text of the agreement.' /John Thys /Pool via AP

"The federal government will now closely examine the text of the agreement. But we are not starting at zero – the Commission has kept the member states in the loop during the entire negotiation process" – German Chancellor Angela Merkel

"I welcome the agreement in principle between the EU and the UK... Spain and the UK continue to dialogue to reach an agreement on Gibraltar" – Spanish PM Pedro Sanchez

"Good news: deal between the EU and the UK has been agreed. Interests and rights of European businesses and citizens guaranteed. The UK will be a central partner and ally for the EU and Italy" – Italian PM Giuseppe Conte

"We warmly welcome the agreement reached with the United Kingdom on the relationship with the EU from January 1. UK will remain, in addition to our neighbor and ally, an important partner" – Portuguese Prime Minister Antonio Costa