Download
Should I worry about gendering toys?
Katherine Berjikian 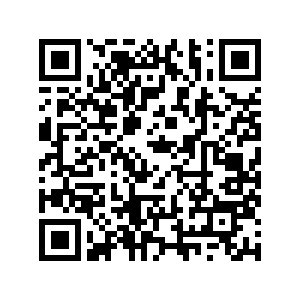 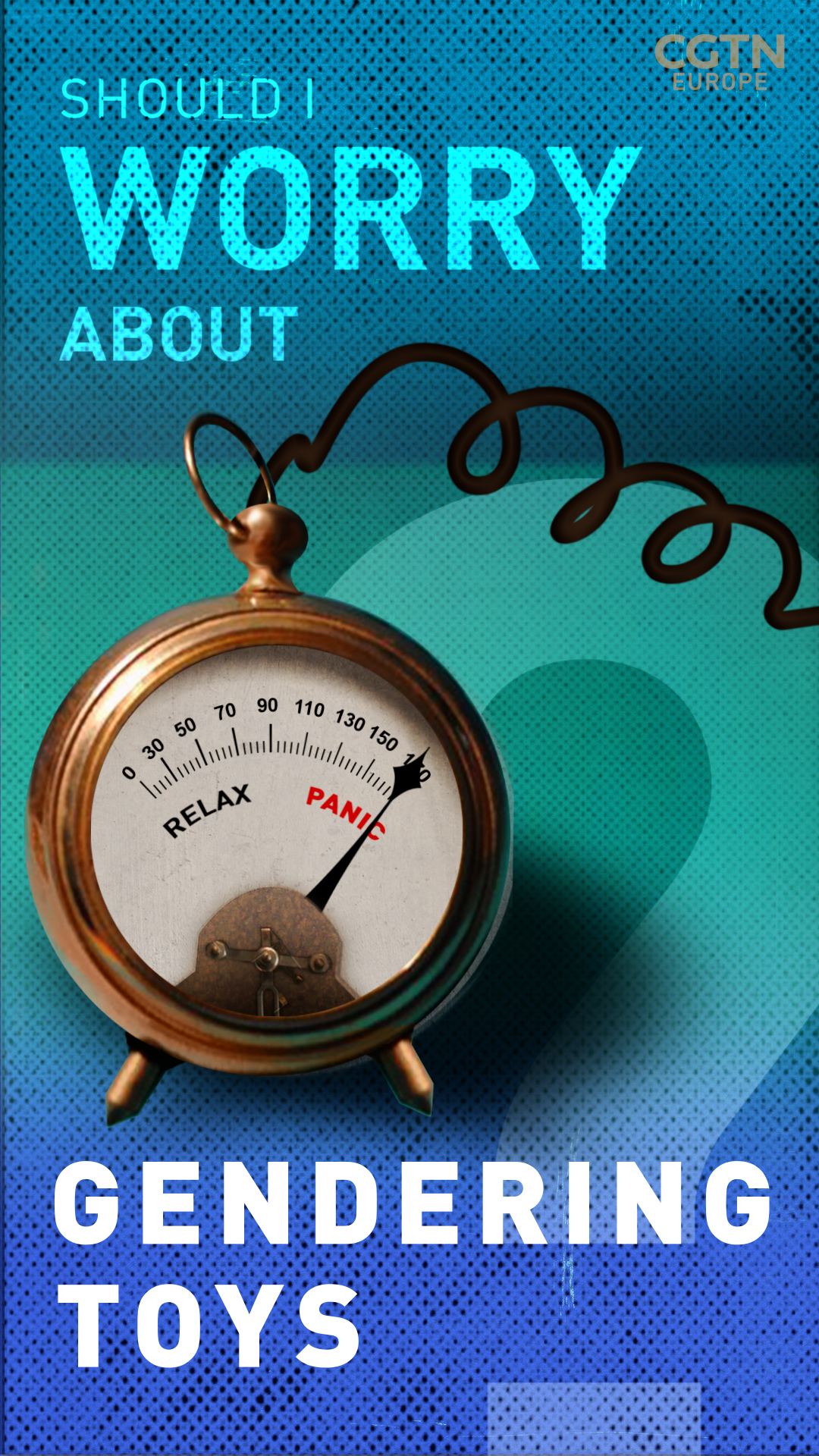 In recent years, the idea of gendering children's toys is increasingly less popular, but the reality of what that means on toys shelves is less obvious.

One example is France's first gender-neutral children's boutique, which was created just one year ago, and it has since received mixed responses from the public.

Joy Fleutot was motivated to create her store JOY Concepts in part because of her years studying marketing and "because I think that every kid needs to have every chance in his or her life."

But how parents have responded to the store has varied depending on their child's gender.

"I think it's more difficult for parents of boys because I think there is a lot of misunderstanding about gender and sexuality, and there's a lot of homophobia [in France]," Fleutot told CGTN Europe.

"So, when it's a boy, they think [playing with dolls] is not great because 'it's a feminine thing.'"

Fleutot added that she receives hate messages on social media whenever a journalist reports on her store.

This attitude is not unique. As parents increasingly see the importance of their children playing with toys associated with another gender, they are also on average more willing to let their daughters cross the gender-toy line than their sons.

A 2017 study by the Pew Research Center in the U.S. found that 76 percent of parents thought favourably about the idea of encouraging girls to play with toys associated with boys.

But only 64 percent said they would do the same for their boys. 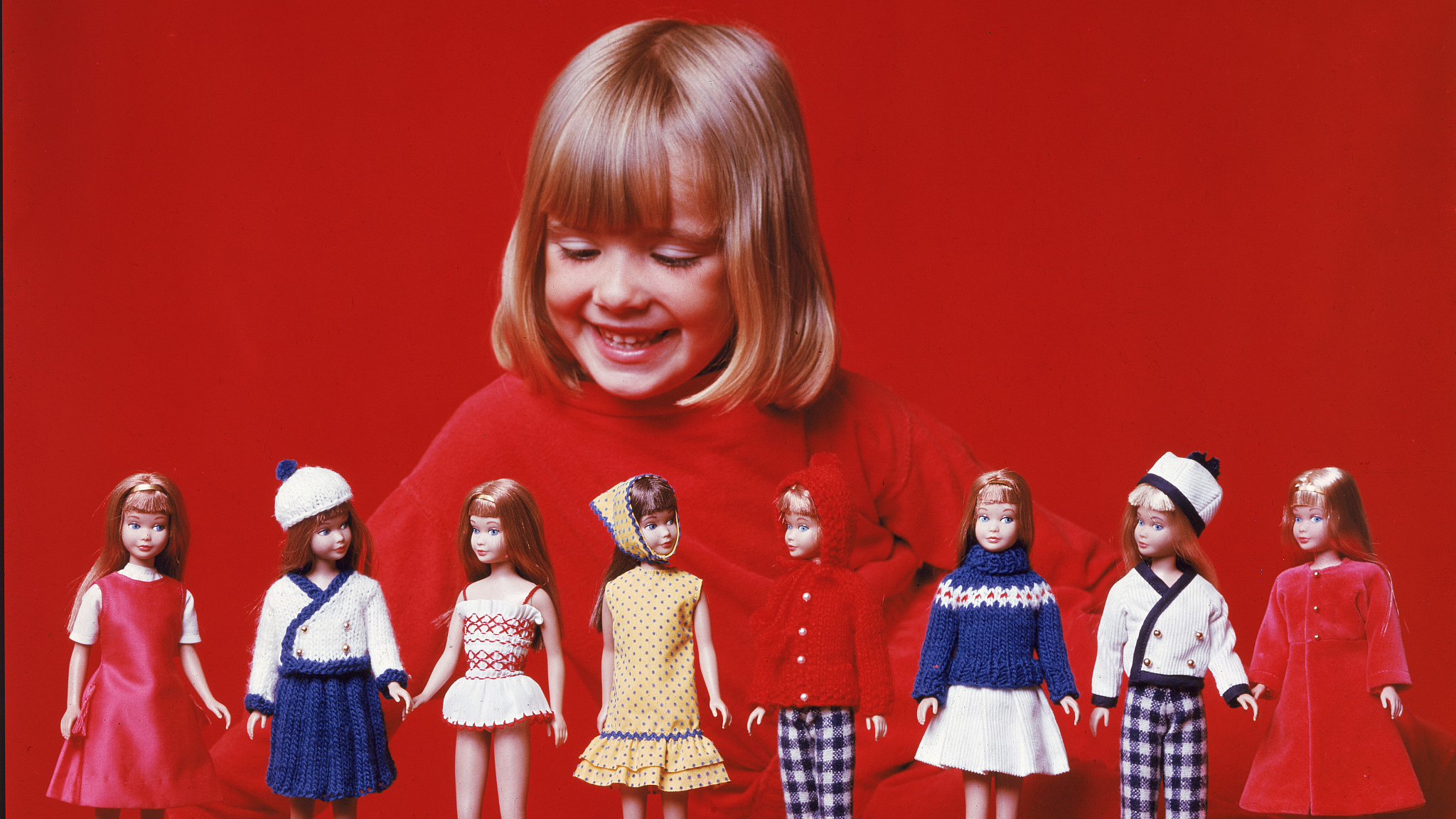 In 2019, French toy makers signed a pact to fight against gendered stereotypes in toys. /VCG/

In 2019, French toy makers signed a pact to fight against gendered stereotypes in toys. /VCG/

Over the past 50 years, toys became more gendered, not less. For example, in 1975, 2 percent of Sears toy ads in the United States had explicate gender marketing in them.

In 1995, half of the ads had some form of gender marketing in them.

And this continued until about five years ago.

"In the past five years we've seen toy companies and stores try to limit the actual labeling of a toy as being a girl toy or a boy toy. And that has been really positive," Lisa M. Dinella, a professor gender and intersectionality studies at Monmouth University, told CGTN Europe.

In 2015, Target became one of the first major retailer in the US to remove gendered toy sections in stores. And in 2019, Mattel, the company that owns Barbie, create the first gender-neutral doll.

But Dinella added: "[There has been] less progress in terms of the what we call implicit labeling of toys, such as the color of a toy."

This can also be seen still in which child is featured in a toy ad. In 2017, the British charity Let Toys be Toys found that dolls were frequently marketed with images of girls in toy catalogues.

Out of the 128 images ads for dolls with a child in them, only 10 had a boy featured in it.

Ian Harkin, the CEO of Lottie Dolls, a toy company that markets their dolls to children of all genders, said that he was critical of how far the toy industry has come when it comes to gendering toys.

"I'm a little bit skeptical about some of it, but it is moving in the right direction because the conversation wasn't there before and there's still a lot of retailers that haven't really bought into it," he said.

"I go to quite a lot of the trade shows around the world, like that color thing of pink and blue, it's still everywhere."

According to a recent study by human behavioral scientist at Cardiff University, playing with dolls activates the part of the brain associated with empathy. /VCG/

According to a recent study by human behavioral scientist at Cardiff University, playing with dolls activates the part of the brain associated with empathy. /VCG/

One of the problems with gendering toys is that "when marketing calls out a toy as being for a girl or for a boy, what's happening is there's an increased importance being placed on the concept of gender," Dinella said.

"And we know that gender actually has very little to do with most of the things that we think are important in life.

"And so, we want kids to play with toys and to be able to get the joy and the learning out of those toys, regardless of what their personal gender identity is, and we know that raising up gender as being salient reduces kids' ability to do that."

Children today also have a far more nuanced understanding of gender than the children before them, making gendered toys increasingly obsolete.

Last year, another study by the Pew Research Center found that 35 percent of Generation Z said that they knew someone who uses gender-neutral pronouns. By comparison, only 16 percent of people born between 1965 and 1980 said the same thing.

There are also material benefits to encouraging children to play with dolls, such as increased empathy, that all children can benefit from.

"If kids can understand that…and can develop empathy towards differences at a young age before culture and society passes on their prejudices, then that surely is a positive thing to aim for."

And according Fleutot, the woman who created France's first gender-neutral children's boutique, "boys need that, too."