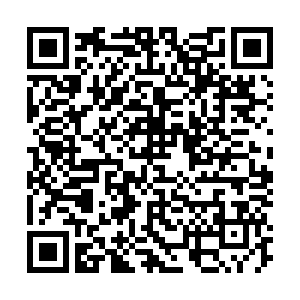 - UK's Health Secretary Matt Hancock has confirmed two cases of a new "more transmissible" variant have been found linked to arrivals from South Africa. Hancock also announced that regions in the east, southeast and southwest of England will be moved into the stricter Tier 4 from 00:01 on Boxing Day, amid a 57 percent rise in infections across the country since last week.

- Truck drivers held in long queues at Dover port since Sunday have clashed wit the police, as the UK government  confirmed it could take the rest of the week for the drivers to pass the border. France reopened its borders on Wednesday to those "travelling for urgent reasons" from England, subject to a negative COVID-19 test taken within 72 hours of arrival.

- Tony Blair, the former UK prime minister, is urging the government to give as many people as possible the first dose of the COVID-19 vaccine instead of holding on to stocks for the second dose. He believes a radical acceleration of the vaccine process would help end lockdown restrictions.

- Scotland's First Minister Nicola Sturgeon has warned the Scottish parliament that a full lockdown may have to be enforced across the country in the coming days to rein in the spread of the new variant of the virus.

- BioNTech's CEO Ugur Sahin has said the company is testing whether the vaccine is effective against the new variant and expects results in the next two weeks. Sahin also confirmed more vaccine results about asymptomatic transmission are on the way.

- World Health Organization experts in Europe are meeting today to discuss the handling of the new outbreak. WHO advises "limiting travel to contain spread is prudent until we have better info." Hans Kluge, the WHO's Europe director, said the organization would "discuss strategies for testing, reducing transmission and communicating risks."

- The Czech government has extended its state of emergency and announced tighter restrictions including closing shops, as the number of new COVID-19 cases starts to soar again. The country recorded 10,821 new cases on Tuesday, the fastest daily increase since November 6.

- Serbia will start its COVID-19 vaccine program from December 24, President Aleksandar Vucic confirmed. Officials said Serbia has received nearly 5,000 doses of the Pfizer-BioNTech vaccine, which is already in use in the U.S. and Britain.

- Switzerland has rolled out its COVID-19 vaccine plan, with a care home resident in her 90s becoming the first person to receive the shot. The Pfizer-BioNTech vaccine was approved just four days ago by national regulators.

- Around 500 relatives of COVID-19 victims are suing the Italian state for 100 million euros, alleging a series of failures in the early stages of the pandemic, campaigners said.

- Former Italy and Inter Milan footballer Mauro Bellugi has had both his legs amputated after he contracted the coronavirus and his pre-existing conditions worsened.

There has been a steep rise of COVID-19 cases in south Wales and the southeast of England.

Instead of five days of Christmas celebrations with relaxed rules, the UK is slipping towards another national lockdown. England may follow Wales, Northern Ireland and Scotland and start a tough lockdown the day after Christmas.

The main concerns are around the new variant of the virus and how infectious it is. The UK recorded 691 deaths on Tuesday, taking the total number of deaths to more than 68,000.

Government ministers promise they will not hesitate to change plans that allow people to spend the holidays with relatives in less affected regions. But many people are traveling to what many regard as safer areas despite scientific advice and encouragement to act responsibly and not leave the worst-affected Tier 4 areas in England.

Meanwhile, rail, air and sea services between the UK and France are resuming today, after the French government agreed to ease its travel ban subject to negative COVID-19 tests for those entering the country.

However, the number is still well above the levels health experts would like to see. There have also been 962 deaths, which is close to the all-time daily high and shows just how deadly the second wave of the virus has been for Germany.

Meanwhile, the first batches of the BioNTech/Pfizer vaccine are expected to be shipped today from factories in Belgium and Germany destined for EU countries. German health authorities are planning to start giving the jabs to vulnerable patients from December 27.

CGTN Europe: Should the elderly be first in line for the vaccine?

CGTN Africa: When will the COVID-19 vaccine come to Africa?