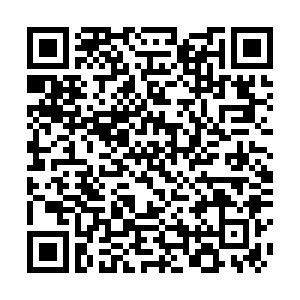 "Cooperate and assist one another."

The language might be functional but the sentiment could have a huge effect on the ongoing battle between "Big Tech" and Western powers. The quote was reported by the Wall Street Journal as an indication of an agreement between Facebook and Google to work together as they face an U.S. investigation into online advertising.

The WSJ report cited an unredacted version of a lawsuit filed by 10 states against Google last week. The states had accused Google of working with Facebook in an unlawful manner that violated antitrust law to boost its already-dominant online advertising business.

A Google spokesperson told the WSJ that such agreements over antitrust threats are extremely common.

The lawsuit is part of the global battle between governments and Big Tech. The antitrust proceeding against companies such as Facebook and Amazon look set to dominate business headlines into 2021, on both sides of the Atlantic. Earlier this month, the EU unveiled a host of proposals aimed at reining in Silicon Valley. EU competition chief Margrethe Vestager described the draft law as an attempt "to put order into chaos."

The development of this battle will have seismic consequences for the thousands of businesses and millions of users that rely on Big Tech's platforms.

Elsewhere in the newsletter we have an interview with trade expert Hosuk Lee-Makiyama on a no-deal Brexit, a comparison of the latest proposed U.S. COVID-relief package with the Democrats' original legislation and much more.

Airbus is set to top Boeing as the world's largest jet maker for the second year in a row, ending 2020 by resuming deliveries of its A380 superjumbo to Emirates. Though its final deliveries are likely to have dropped 35 percent from 2019 due to the pandemic.

Britain says food was plentiful despite freight routes to mainland Europe remaining cut off, and people should not worry about supermarkets running out in the last few days before their traditional Christmas meal.

Ripple, the blockchain payments company associated with the cryptocurrency XRP, said it will oppose a lawsuit brought by the U.S. Securities and Exchange Commission.

EU regulators have approved two state-aid measures worth a total of $795.6 million for Poland's national carrier LOT to help the airline with losses suffered during the coronavirus crisis.

Vodafone has offered more than $2.5 billion to buy out Kabel Deutschland's minority shareholders and end a long-running legal battle over the cable company with hedge fund Elliott and others.

ByteDance is in talks to buy into mobile games publisher CMGE Technology Group, four people with direct knowledge of the matter told Reuters, as the owner of short video app TikTok moves to strengthen its next pillar of growth.

WATCH: Christmas will look very different in Spain this year as the country battles a second wave of COVID-19, but one long-standing tradition has held firm.

Millions of Spaniards buy tickets for the Spanish state lottery every Christmas in the hope of winning a fortune. The lottery is considered the biggest of its kind in the world and the second-longest continuously running lottery in the world. The first iteration was in 1812.

As yet another UK-EU trade talks deadline approaches, CGTN Europe spoke to Hosuk Lee-Makiyama, from the European Center for International Political Economy, on the effect of a no-deal Brexit.

What conditions might we see in January if there is no deal?

Well, first of all, we will immediately see a direct Brexit impact, and I think that we are already seeing this at the border as the wholesalers and the retailers are stockpiling in order to avoid a VAT that will be imposed in any case. There will be a sales tax for their businesses and the consumers if you order something online, whether there is a hard Brexit or not. So, just in order to avoid a sales tax that we see already, a lot of supply chain constraints because of this.

But at the same time, we also need to bear in mind that, especially for the UK government, this could be something of a silver lining. Because, obviously, the COVID impact is going to overtake some of the Brexit considerations. Meaning that factory that is going out of business because of COVID, it will not show twice. Some of the GDP impact can actually be hidden thanks to the current COVID restrictions.

What can be done to save a trade deal?

As long as both sides believe that they both benefit from a positive outcome by having a deal, there is no such thing as a deadline. Because for any majority government, any deadline that has been imposed is artificial. So in other words, it is possible to go around and say, 'you know what, we will come to an agreement.' It may take another week. It may take another month, but it is possible to extend it.

There is no meteorite crashing towards Earth at the moment, there is no third power, there's no act of God that is setting the last day of December as a definitive deadline. And also we should also bear in mind that if we would snap back to the World Trade Organization terms, as we heard in the previous segment, it is fully possible that could be actually a positive factor. Once both sides actually feel the pain of a hard Brexit, they could be forced back to the negotiation room, actually with a better understanding of what the opportunity costs are.

U.S. Congress passed a near $900 billion pandemic relief package that would finally deliver long-sought cash to businesses and individuals, along with resources to vaccinate a nation confronting a frightening surge in COVID-19 cases and deaths.

While the bill was hailed by the leadership of the Democratic Party and is expected to be ratified by the U.S. President Donald Trump, the package was far less than the HEROES bill passed by the Democrat-controlled United States House of Representatives in May. 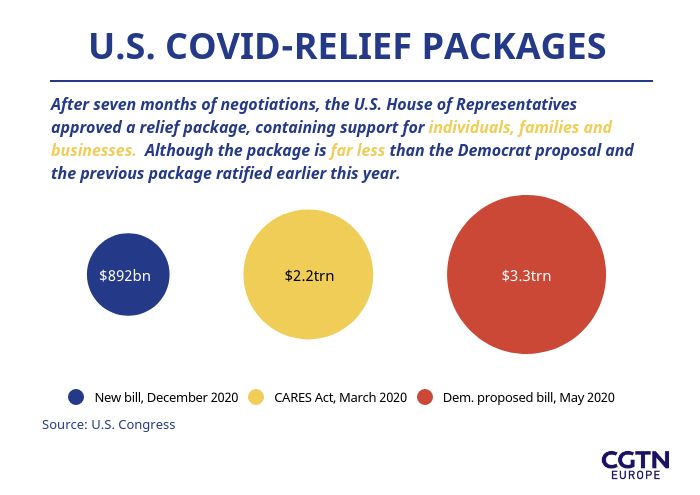