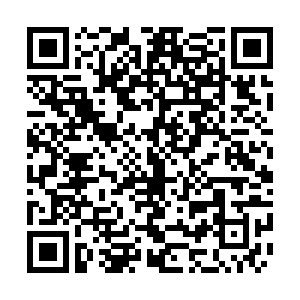 • The EU drug regulator, the European Medicines Agency (EMA) has authorized use of the Pfizer/BioNTech jab, meaning inoculations can start as soon as the European Commission confirms approval.

• The EMA says the use of the Pfizer/BioNTech vaccine on pregnant women should be considered case by case as it does not have enough data from its clinical trials.

• UK Prime Minister Boris Johnson says his government is working with France's authorities to unblock the Channel crossing and allow freight traffic to travel between the countries safely again, although the border closure affects only 20 percent of overall goods coming in to and going out of the country, he added.

• The World Health Organization's Mike Ryan has said countries are acting out of a "precautionary principle" in reaction to the new strain of the virus after many nations closed their borders to the UK.

• British Airways has agreed to allow only passengers who have tested negative to fly to New York's John F. Kennedy International Airport from Monday, the city's governor Andrew Cuomo, said.

• Sweden has become the latest European country to stop admitting flights from the UK, with its government saying Swedish citizens were exempt from the ban that would last for at least 48 hours.

• Global cases have surpassed 76 million since the start of the pandemic, according to the latest figures from the Johns Hopkins University.

• Virologist Christian Drosten says he expects the new strain of the virus to already be circulating in Germany but that he was "everything but worried" about its mutation at the moment.

• France's Health Minister Olivier Veran also said it was possible for the new strain to be circulating in France, although it has yet to be detected in the country.

• Supermarket chain, Sainsbury's has warned that some products could be missing from its UK shelves due to current restrictions at ports but "all products for Christmas lunch are already in the country."

UK Prime Minister Boris Johnson chaired emergency talks at Downing Street on Monday morning after France and a dozen other European countries halted freight and travel from the UK.

Johnson said during a press conference on Monday evening the government was in talks with its French counterparts to unblock the Channel crossing as soon as possible.

Meanwhile, chaos continues around some ports including the busiest crossing, Dover, with lorries and their drivers stranded after ferries came to a halt late on Sunday night for a 48-hour period.

There are fears of food shortages and severe disruption to the supply chain both in and out of the UK across the Christmas period.

More than 20 countries have now imposed travel restrictions, a response to the UK government announcement that large parts of England would enter "Tier 4" measures in a bid to curb a fast-spreading new variant of the COVID-19 virus, reported to be 70 percent more infectious.

EU Leaders were holding an emergency meeting on Monday to coordinate action on a UK travel ban.

At least 10 European countries, including France, Germany, Belgium and the Netherlands, halted travel from the UK on Sunday in a bid to control a fast-spreading new strain of the coronavirus.

Coordinated efforts could include negative COVID-19 tests, although German newspaper Bild is reporting there could be an EU-wide ban on UK travel until January 6.

As of midnight on Sunday, all trains and flights from the UK into Belgium were halted for at least 24 hours as the government tries to prevent a new variant of the coronavirus from taking hold in the country. The government will hold consultative talks with scientists on Monday to determine next steps.

Meanwhile, new infections continue to climb in Belgium with an average of 2,547 new cases a day last week, up 13 percent from the week before.

At least 112 people have become infected after Santa paid nursing home residents a visit in the province of Antwerp, while two have died. The man who dressed up as Father Christmas didn't realize he had the virus and only tested positive a few days after his visit. 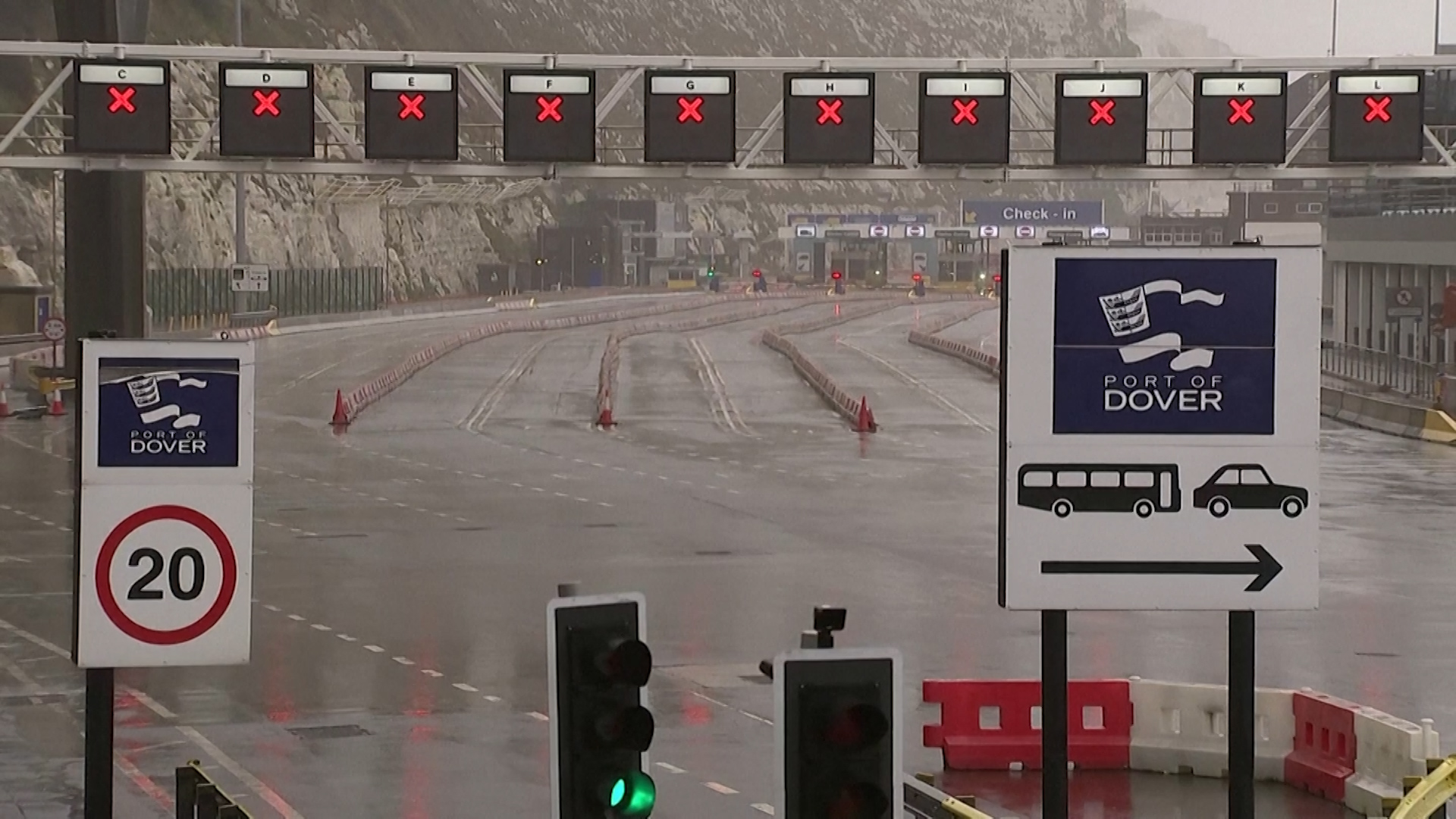 The European Medicines Agency has approved the Pfizer/BioNTech vaccine for use across the European Union during a meeting in Amsterdam on Monday. The plan is for inoculations to begin across member states later this week.

A new coronavirus strain recently discovered in the UK has probably also been found in the Netherlands, health authorities said.

On Sunday, there were 13,066 new positive cases in The Netherlands, 784 more than on Saturday. While 32 people died, compared with 56 on Saturday.

On Sunday evening, The German federal government imposed a ban on flights from the UK, effective from midnight, because of the new variant of the coronavirus. Passengers from South Africa are also being systematically checked, with expectations that entry restrictions will soon apply.

As the ban was being announced, a British Airways flight landed at Munich Airport. The passengers from London have been tested and are not allowed to leave the airport until the test results are available.

Meanwhile, the first vaccine against the coronavirus has been given get the green light, but Germany's health minister, Jens Spahn, expects initial difficulties after approval as only a small amount of the vaccine will be available. 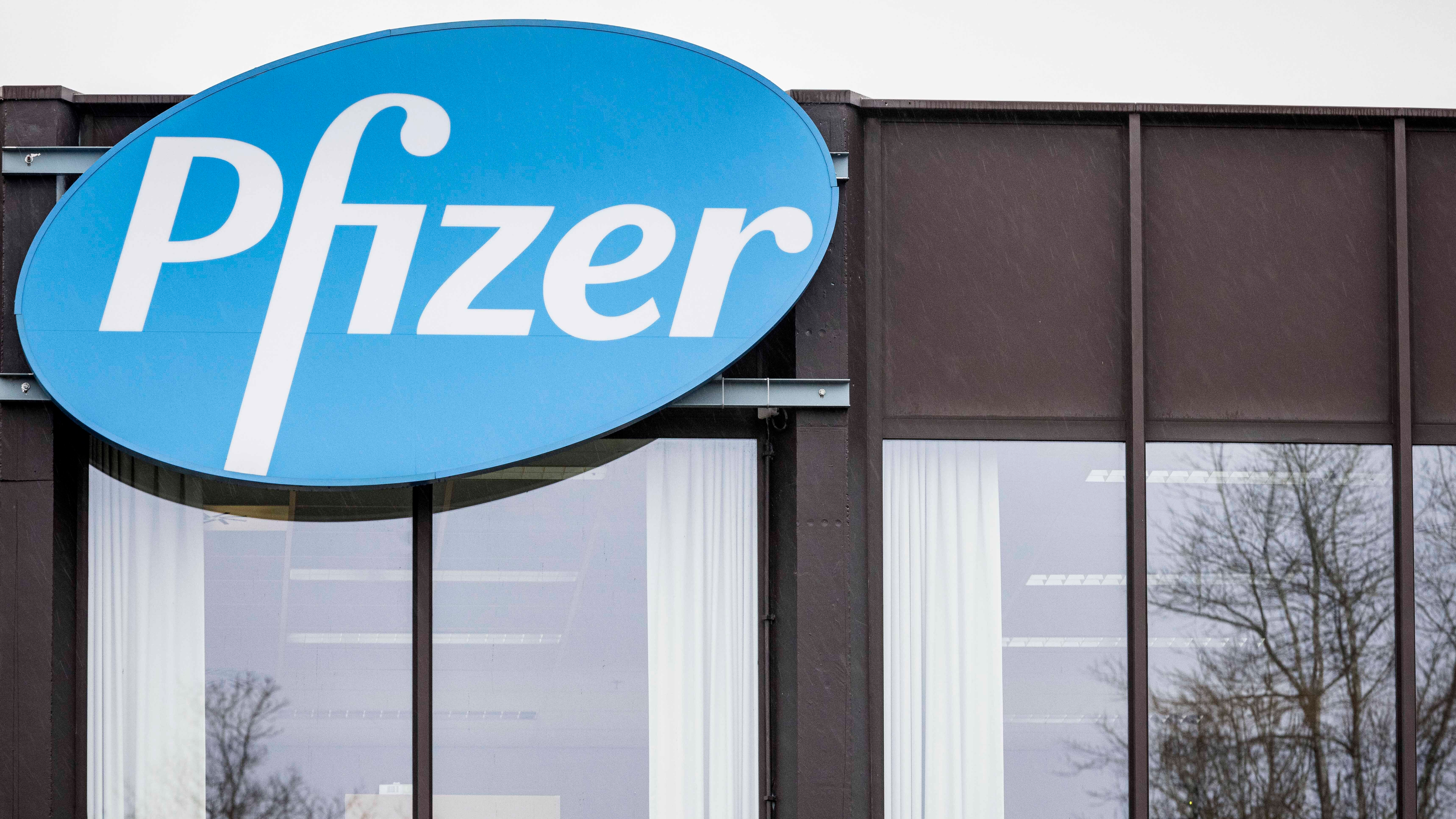 The EU's drug regulator, the European Medicines Agency, has approved the Pfizer/BioNTech vaccine for use across member states. /AP

The EU's drug regulator, the European Medicines Agency, has approved the Pfizer/BioNTech vaccine for use across member states. /AP

CGTN America: Moderna vaccine shipments to arrive across the U.S. on Monday