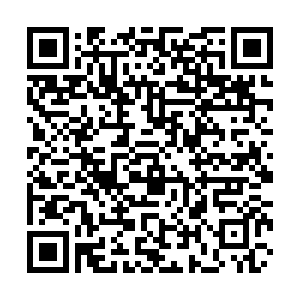 When lockdown began in March huge numbers of arts and cultural venues across the UK were forced to close their doors.

With live audiences missing, some venues sought new ways to connect with people. Liverpool's Cavern Club, famous for launching numerous bands including The Beatles, was able to let the music play on.

A government grant allocated in October has enabled the venue to pay its regular musicians to stream music live for 10 hours a day until well into next year.  It's a way to connect with people missing live music gigs, while also allowing overseas fans to enjoy a taste of the Cavern Club from home.

"It was incredibly important for the musicians because these are guys that hadn't worked for six months and there hadn't been that much support for them," Jon Keats, Events Director for the Cavern Club and a resident musician himself told CGTN Europe.

Live streaming has also been important for the audience. "In different places, they might be under different restrictions, harsher restrictions and for many people it's been a lifeline."

The initiative has been so successful that the Cavern Club is considering using live streaming in the future, even when audiences can return in person.

Also exploring the concept of live streaming, London's Saatchi Gallery opted for a high-tech experiment in October, where people sitting in their homes could explore a new art exhibition by directing robots via an app to roam in their place.

Meanwhile the National Theatre teamed up with other major playhouses to offer a series of filmed productions, initially free of charge, and later in the year for a fee on a par with TV streaming services.

It's also been a tough year for thousands of artists and performers who haven't been able to practice their craft in front of live audiences. The UK government has pumped millions of pounds into the industry to keep it afloat but has been accused of supporting institutions rather than the people working in them.

Dancer and choreographer Cameron MacDonald, who is currently working outside the arts, enlisted friends to make a video called, "and we will come back home" to reach out to performers sidelined by the pandemic. The video, which shows dancers leaping through the empty streets of the capital, has been viewed thousands of times on social media.

"Our industry has suffered immensely and I wanted to let people know that we will come back home stronger than ever," he told CGTN Europe. "I hope that our industry survives and we can get back to normal, how we used to be," he added.

For thousands of performers and their audiences the hope for 2021 is that the arts scene re-emerges stronger and more appreciated after a year of high drama and creative delivery.