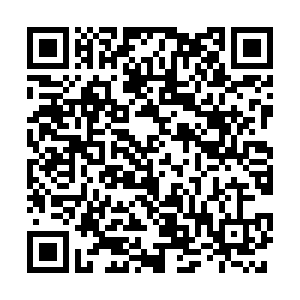 Queues of lorries going back 100 kilometers at Channel ports is a real possibility even with a trade deal if companies do not prepare with the extra paperwork required.

This is the stark warning from the British government with 7,000 lorries crossing from south-east England to France each day.

Already with Brexit stockpiling, queues of up to five hours have begun at Calais.

On a normal day, up to 10,000 trucks cross the Channel on ferries using the busy Dover-Calais and Dover-Dunkirk routes.

A customs delay of just a couple of minutes could have a domino effect, causing miles of tailbacks – and some haulage firms have been making moves to prepare. There has been a rush by some companies to get as much trade done as possible before standards and immigration checks kick in.

RDV Transport, a haulage firm that exports spices and wheat flour to the UK, says it has had a big increase in orders. 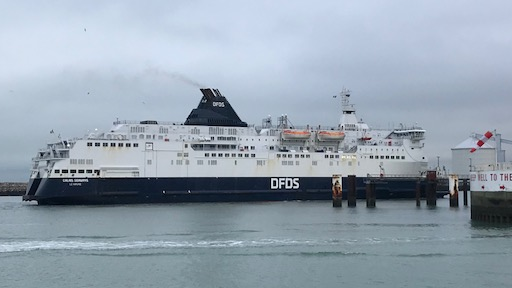 There are around 10,000 lorries traveling each day between the UK and France. /CGTN

There are around 10,000 lorries traveling each day between the UK and France. /CGTN

The shelves at the firm's depot are packed and the warehouse floor quickly filling up with pallets of products. Manager Jean-Pierre Devigne, says he has had to figure out a lot of the new rules for himself.

"We have had no support from the government," he told CGTN Europe. "We have had to get everything ready by ourselves with scant information on the procedures.

"Of course, we've prepared as much of the customs formalities as we can but that's all we're able to do for now." 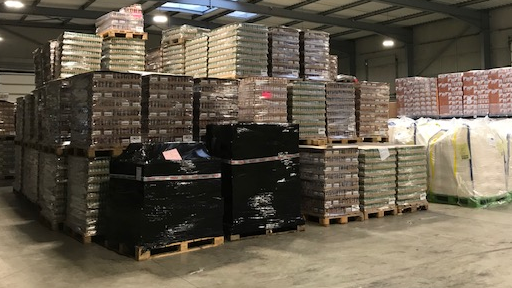 Stocks at RDV Transport warehouse are already beginning to build up as companies prepare for new Brexit rules. /CGTN

Stocks at RDV Transport warehouse are already beginning to build up as companies prepare for new Brexit rules. /CGTN

There are about 60 ferry journeys each day between Calais and Dover – around 30 in each direction – with a journey time of just an hour and a half.

The chief executive of the Port of Calais, Jean-Marc Puissesseau, says his side has been ready for Brexit since 2019.

The UK was originally scheduled to leave the EU on March 29, 2019, after Britain's then Prime Minister Theresa May agreed a deal with European leaders. But May's deal was vetoed in the UK parliament.

Puissesseau says he has spent nearly $1 billion upgrading the port for any consequences from January 1 when customs, regulatory and agrifood checks will be introduced.

"2021 is going to be a year where we will have to deal with two viruses: Brexit and COVID-19," said Puissesseau.

"First, we will have to see how Brexit is going and over the next months we will know more about the pandemic too. 2021 will be a year of convalescence and 2022 should be when things start to get back to normal."