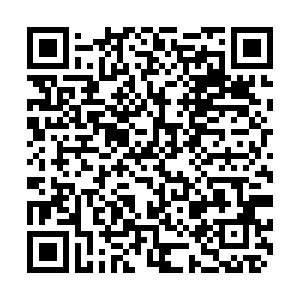 "The nuclear industry will remain the cornerstone of our strategic autonomy," said France's President Emmanuel Macron earlier this year.

Workers at French energy giant Electricite de France (EDF) don't appear to be convinced, however, after staging their third walkout in as many weeks on Thursday over a planned overhaul at the firm. Battling creaking infrastructure and project overruns, reform at EDF is undoubtedly overdue. However, managing the reduction in nuclear capacity and the transition to renewables is proving to be one of the biggest domestic challenges for Macron.

The value of Bitcoin has reached an all-time high, just days after passing the $20,000 milestone for the first time. A surge in interest from larger corporate investors is finally giving the public image of virtual currencies a badly needed credibility boost.

Meanwhile, both the Nasdaq and S&P 500 indices have also hit record highs, partly on increased optimism over a coronavirus stimulus bill in the U.S.. Tech stocks are also booming on changing consumer patterns in lockdown.

Germany is the latest country to go back into a hard lockdown as the number of COVID-19 cases tops 20,000 a day, with regions such as Bavaria warning of catastrophic consequences for health services if radical action is not taken. Ryan Thompson has the latest from Frankfurt below.

As Europe's ski resorts can attest, it's looking to be a difficult winter season ahead for tourist destinations almost everywhere. But in China there are signs that domestic tourism is bouncing back after the recent National Day holiday break in October. What lessons can be learnt? 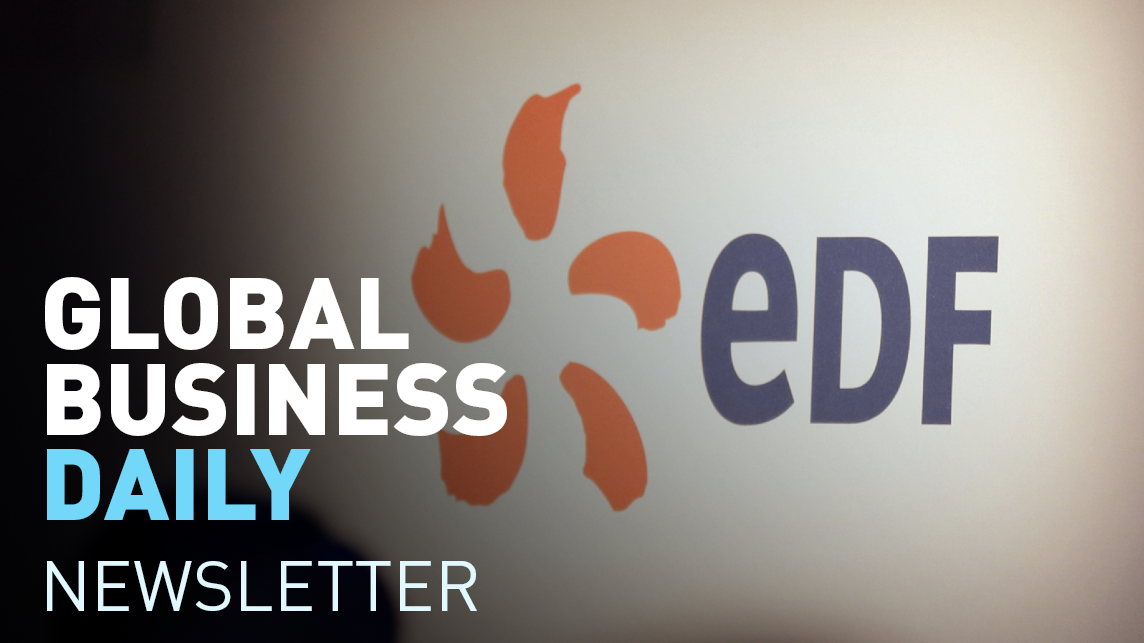 Workers at French energy giant EDF have gone on strike for the third time in as many weeks over plans to restructure the state-backed group. At midday it was reported that 24 percent of staff had walked out in the ongoing row over the so-called Project Hercules scheme to hive off EDF's nuclear division.

Workers fear the plans are a prelude to a break-up and part-privatization of the whole group. While France is reducing its overall exposure to nuclear power, EDF has been under pressure to upgrade existing power stations and is badly over budget on projects to build new-generation reactors at Flamanville in Normandy and Hinkley Point in Leicestershire, UK. Data show the latest round of strikes has reduced capacity by close to 13 percent.

The value of Bitcoin has surged by a fifth in 24 hours, valuing the crypto-currency at more than $23,000. Overall, Bitcoin's price has soared nearly 500 percent in the past nine months. In what's been seen as the surest sign yet that the crypto currency is being taken seriously as a store of value by institutional investors, the UK based fund manager Ruffer has become the first major investment company in the City of London to announce it has bought Bitcoin. The firm which has more than $27 billion of assets under management, says it added $750 million worth of the currency last month to its Total Return Fund, in what it called "primarily a defensive move" after reducing its exposure to gold.

Virtual currencies including Ethereum, XRP and Litecoin have all seen gains in value as investors turn to crypto as a hedge against inflation risk and devaluation of standard currencies as the world's economies turn on the stimulus taps to deal with the effects of the COVID-19 pandemic.

Trading on Wall Street has stayed in record territory after the Nasdaq closed Wednesday's session at a new high, up 63 points at 12,658, as the Federal Reserve pledged to keep benchmark rates near zero, easing monetary flow. The tech-based exchange has also benefited from the change in consumer behavior post lockdown, Microsoft alone has seen its share price rise a third this year.

Meanwhile, U.S. Congress is expected to start voting shortly on a new $900 billion COVID-19 stimulus package that could include $600 to $700 stimulus checks to individuals and extended unemployment benefits.

Texas and nine other states are suing Google, along with Facebook, for violating antitrust law to boost revenues. In the latest governmental bid to curtail the power of "Big Tech," Google is accused of engaging in anticompetitive behavior, particularly in the online advertising market. Speaking by video link, Texas attorney general Ken Paxton claimed Google had "repeatedly used its monopolistic power to control pricing [and] engage in market collusion to rig auctions." The action by Texas is seeking damages and what it calls "structural relief to restore competitive conditions" in the market.

Striking a post-Brexit trade deal by Friday will be "difficult but possible" the EU's chief negotiator Michel Barnier has told MEPs. The European parliament says it needs an agreement by midnight on Sunday for a wider consent vote to be held this year, but during a briefing with leaders of the bloc's parliamentary groups, Barnier warned against setting a deadline that could not be met.

Meanwhile, Nissan says it will produce its new electric model, the Ariya, in Japan, dashing hopes for its manufacturing base in northeast England.

Britain's chief finance minister, Chancellor Rishi Sunak, is to extend the UK's $92 billion COVID-19 emergency loan schemes to businesses struggling with the impact of lockdown and Brexit. Tiered curbs on social gatherings will be in place across much of the UK until at least spring and officials are said to be drawing up plans to extend the three main loan guarantee schemes, including those aimed at smaller firms. Sunak has warned this week that government borrowing, which hit $30 billion last month, will need to unwind in the new year.

Turkey has said it will not reverse its decision to purchase the Russian S400 missile defence system, despite the announcement of U.S. sanctions.

Wahed, the U.S.-based Islamic-finance group backed by Saudi Arabia's Aramco, is buying Niyah, the British tech company behind plans for a single banking app for the UK's Muslim community. Niyah announced earlier this year plans to offer Islamically compliant digital bank accounts, debit cards and investments through a user-friendly phone app, with hopes to eventually expand globally. Sharia-based financial products are banned from charging interest or investing in prohibited sectors like alcohol, pornography or firearms. The industry is forecast to grow to $3.8 trillion by assets this year.

French luxury goods group Kering, which houses brands including Gucci and Saint Laurent, says it will cooperate fully with a tax investigation, while denying wrongdoing. The statement comes as it was revealed that French tax authorities began investigating the firm in February 2019. The alleged misconduct centres on accounts set up in Switzerland, which its claimed were used to funnel the proceeds from third countries, thereby avoiding $3 billion in taxes between 2010 to 2017.

WATCH: German cities have ground to a near-halt and many businesses shut their doors as the country enters a new hard lockdown. The virus is continuing to spread quickly with the number of new cases reported daily above 20,000. Ryan Thompson reports from Frankfurt. 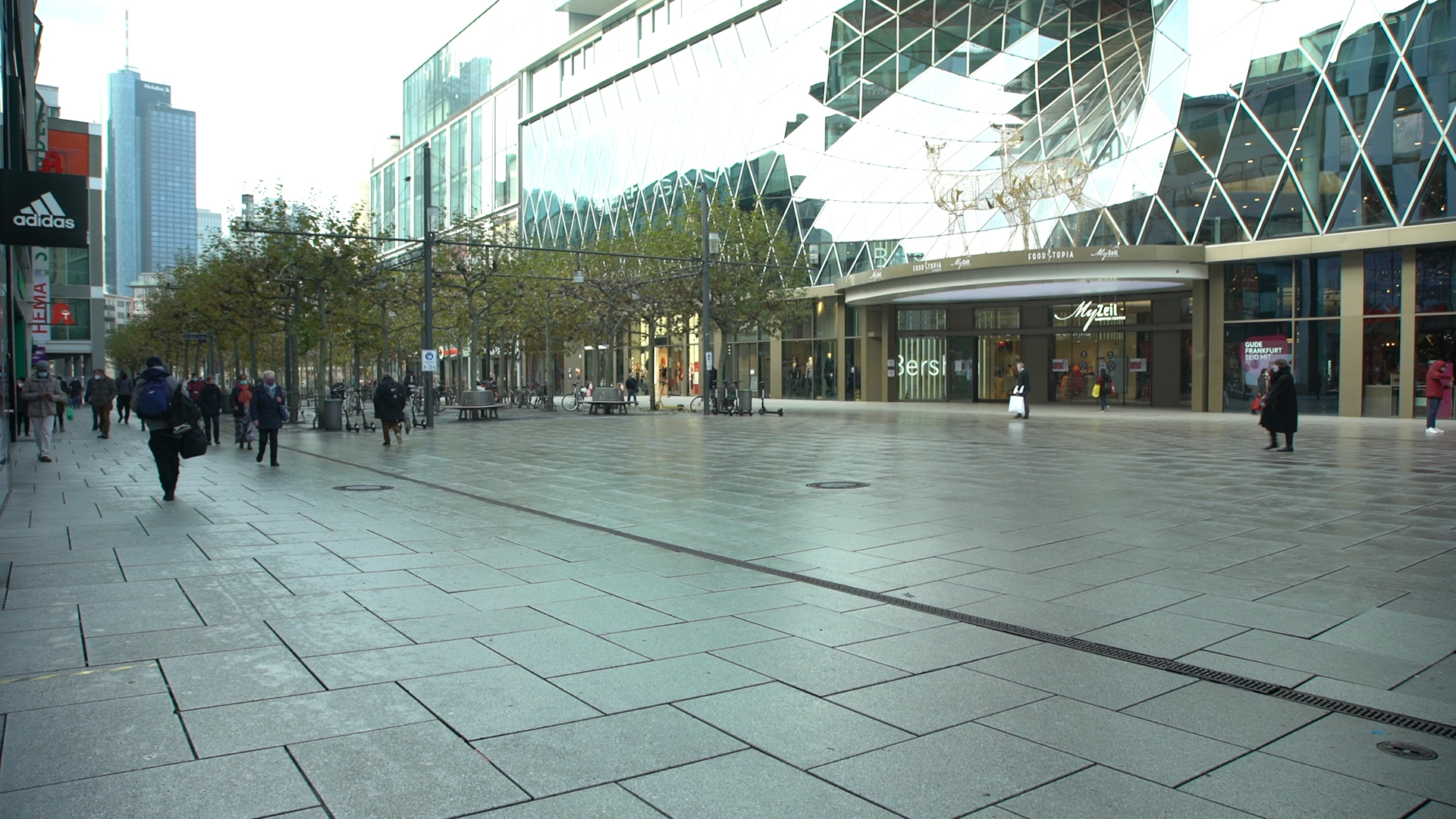 During the recent the National Day holiday in China, which took place between October 1-8, more than 630 million trips were made across the country, with few infections reported. CGTN was joined by Christina Chi, professor at the School of Hospitality Business Management at Washington State University to discuss the lessons for the industry from the COVID-19 outbreak.

How big have the losses to tourism in China been overall?

The pandemic has dealt a devastating blow to the industry due to the travel restrictions imposed by various countries. And as far as a dampened demand among the traveling public for fear of catching the virus, UNWTO estimated a decline of between 60 to 80 percent of international tourist arrivals in 2020, which will result in close to a trillion dollars loss in tourism revenue. So the industry has been through a mini-crisis over the years, but never on such a massive scale.

Mainland China has been quite successful in containing the pandemic. According to McKenzies, a recent report, air and railway travel in China has almost returned to the pre-pandemic level and the hotel occupancy has also almost reached last year's level, according to Smith Travel Research.

What's been the biggest single effect?

China has been one of the most important source markets for outbound travel. So, in most years you've seen millions of Chinese travel overseas and spend billions of dollars but this year, they have to stay closer to home. This turns out to be a blessing for domestic tourism, the middle-class and elsewhere in China. ... And now you see the domestic high-end and leisure travel is booming.

And finally There has been a surprise jump in the number of first-time asylum applicants that came to the EU in the third quarter of 2020. Despite suggestions that the COVID-19 pandemic was stemming the flow on migrants on Mediterranean and Balkan routes, the number of arrivals was up 132% in the three months to the end of September. Data show Syrians remains the single biggest nationality group, followed by Afghans, with Germany by far their preferred destination.