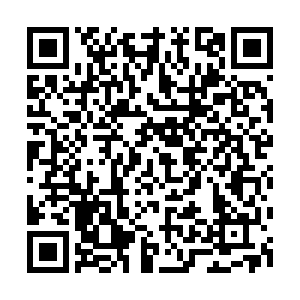 "The Paris temperature limit is all that divides us from a grim future of crisis upon crisis. The government was right to accept the Court of Appeal's verdict. The Supreme Court's judgment ... has betrayed us all." These were the words of the campaign group Plan B, which has led opposition to the proposed third runway at Europe's busiest airport, Heathrow.

In a move that has has outraged the group and other climate activists, the UK's Supreme Court has announced a U-turn on a previous landmark judgment by the Court of Appeal to block a third runway at Heathrow. Any future development will still face many hurdles, but new life has undoubtedly been given to the project.

Elsewhere, the UK regulator is investigating whether consumer rights are being breached by airlines that fail to offer full cash refunds to travelers whose plans have been disrupted  by the COVID-19 pandemic. It comes as various carriers, struggling with lost earnings, seek alternative compensation offers.

On a brighter note, there are signs that the eurozone as a whole may have fared slightly better than expected during the fourth-quarter lockdown, as manufacturing picked up the slack from lost activity in the services sector.

Booming sales in household entertainment products, witnessed by figures from top-end TV maker Bang & Olufsen, attest that some sectors are flourishing in lockdown.

New figures also show that the employment in telecoms is picking up as home working supercharges demand for domestic broadband.

And Spain joins Austria and Switzerland by defying lockdown guidance and opening its winter sports venues to skiers. But how will the slopes be policed and managed this year? To ski or not to ski? The argument rumbles on.

Read on for this and more of the day's business news in detail. 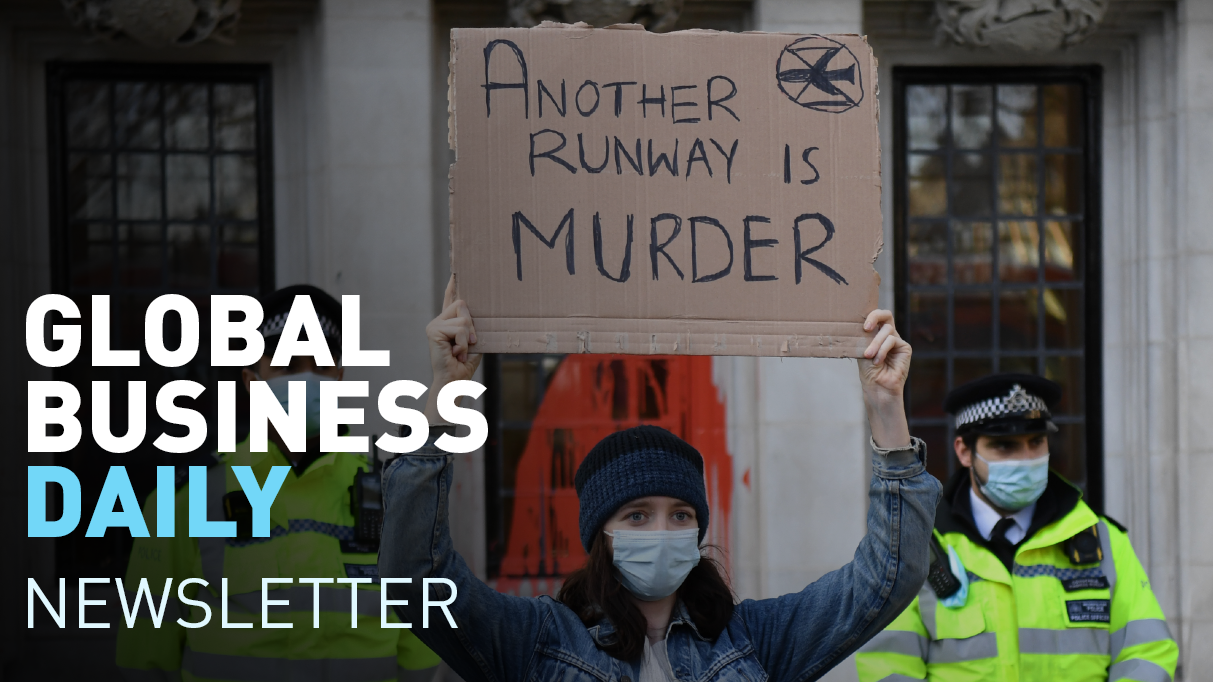 The Supreme Court in London has overruled a judgment made earlier this year blocking the expansion of Heathrow. It means the airport can seek planning permission for a third runway. The decision in February had been hailed as a historic victory by climate campaigners, as it was the world's first significant ruling based on the 2015 Paris Agreement. But following arguments by Heathrow's lawyers, the supreme court reversed the order. However, stricter pledges to cut emissions by the UK government means further development at the controversial site in West London may still be blocked.

Eurozone business activity has rebounded on strong manufacturing performance, according to the latest data. The influential IHS Markit Purchasing Managers' Index rose to 49.8 in December, higher than expected. A reading of 50 or above separates growth from contraction. While economists warn of a mixed picture, the figures suggest the downturn in the fourth quarter was not as severe as that during the first flush of lockdown orders across Europe earlier this year.

Meanwhile, Europe's biggest economy, Germany, goes back into a hard lockdown on Wednesday. Shops, restaurants, hair salons will close along with schools until January 10. It follows a surge of 30,000 new infections. Finance ministers in Germany are pushing the EU to double the current limit of $3.7 million nations are allowed to give individual companies in support as COVID-19 pandemic continues to batter the eurozone economy.

One of the world's richest women, MacKenzie Scott, has given away $4.2 billion to U.S. food banks and emergency relief funds dealing with the effects of COVID-19. The  former wife of Amazon boss Jeff Bezos said she wanted to help Americans who were struggling because of the pandemic, which she describes as a "wrecking ball" for low-income communities.

European Commission President Ursula von der Leyen has said sorting out a deal on fishing rights is proving to be the final stumbling block to a post-Brexit trade deal. The European Parliament will vote on measures this week that would allow fishing boats authorization to continue working in UK and EU waters in the event of a no-deal Brexit.

Meanwhile, the pound has risen to its highest point this year amid hopes of a last-minute breakthrough in talks. Stirling was back at $1.35 by midday trading on Wednesday as members of parliament were put on standby for an extended sitting in the House of Commons next week to scrutinize proposed legislation.

Inflation in the UK slowed by much more than expected last month as shoppers snapped up Black Friday discounts. Consumer prices rose 0.3 percent in annual terms, after a 0.7 percent rise in October, above analysts expectations.

Workers at the airline Air India may take over management of the firm as part of proposals to rescue the struggling carrier. Staff would take up a majority stake in the firm in cooperation with a U.S.-based investment firm, which would finance the deal. The Indian government has been seeking buyers for Air India for two years and has sweetened the terms of the deal by writing off some of the company's $7.92 billion debt.

The UK competition regulator is investigating the failure of airlines to offer cash refunds to travelers whose plans have been disrupted by COVID-19.  The Competition and Markets Authority acted on reports that consumer rights were being breached by some carriers that were offering alternatives to cash, such as the option to rebook at a later date. Last month, Michael O'Leary, the boss of Ryanair, Europe's biggest airline by passenger numbers, said customers would not be offered cash refunds.

Lockdown conditions are continuing to boost the market for home entertainment goods. Despite hefty price tags, Danish luxury TV and stereo maker Bang & Olufsen says sales have risen 10 percent since the start of June, with demand strongest for its new $7,000 Beovision Contour TV. Shares in the firm jumped almost a third on the news.

WATCH: While Europe remains divided over skiing restrictions, Catalonia has just reopened its slopes to winter sports fans. Spain now joins Austria and Switzerland as countries that are welcoming skiers back to the slopes. 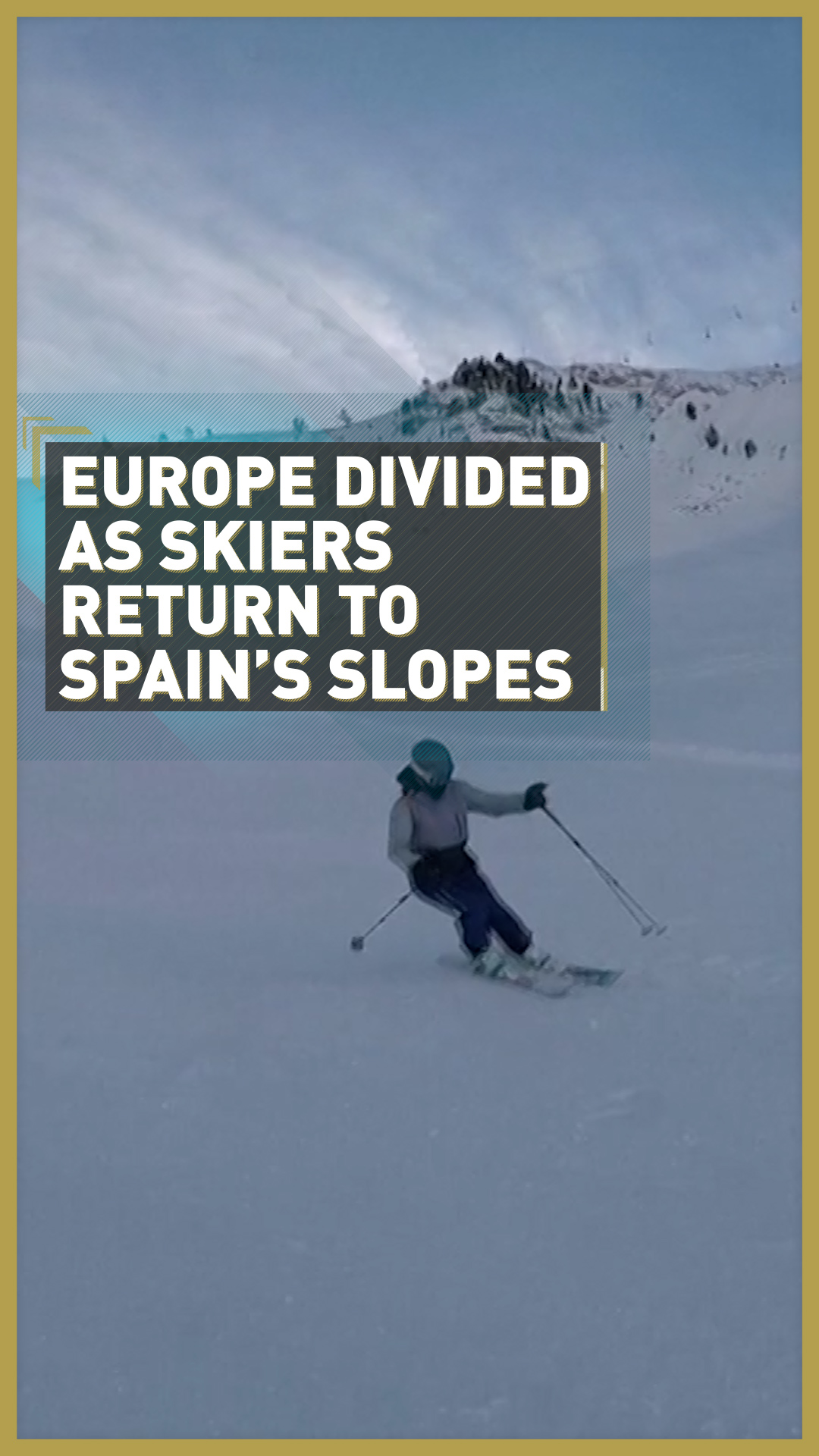 Chloe Demrovsky, president and CEO of the Disaster Recovery Institute International, spoke to CGTN. She specifically works with companies to craft business continuity plans that include correct messaging during crises such as the COVID-19 pandemic

How are companies balancing that messaging during a time of togetherness when you have health experts really telling us that it's unsafe to have gatherings with relatives coming from different places?

So many people have been affected by this this pandemic, both in terms of the human toll and also the economic impact. And that's going to linger. So people are very uncertain and marketers have to really respect that and be sensitive, approach it with empathy, empathy, and tailor their messaging to the moment.

So in terms of the companies that have really thought outside the box most successfully when it comes to balancing health and profits, who stands out to you?

There have been a few. I mean, we're seeing obviously a great amount of impact on lots of companies across, especially hospitality, the restaurant industry, those kinds of industries that are most heavily affected. But we see that they can bounce back from it. We just saw major IPO successes from Jordache and Airbnb, for example. We've seen them pivot their business strategy and then use that as the basis for their marketing.

And finally, employment in the telecoms industry across Europe has jumped by a fifth on the same period last year, as demand grows for better home broadband in lockdown. The figures show a dramatic turnaround from the run up to the pandemic, when employment in the sector had been falling.