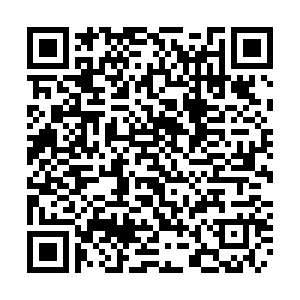 Some airlines have been accused of leaving their customers out of pocket. /Peter Dejong/AP

Some airlines have been accused of leaving their customers out of pocket. /Peter Dejong/AP

Airlines operating in the UK will be investigated over whether they breached consumers' legal rights by not offering cash refunds for flights that were canceled during the COVID-19 pandemic.

The UK's Competition and Markets Authority (CMA) says it's part of an overall investigation into holiday and travel cancellations since the coronavirus outbreak took hold in March.

The regulator will look at cases that involved people unable to lawfully travel for non-essential purposes, even though some flights were still operating.

It said that in some cases where flights had not been cancelled, customers were told to rebook or offered a voucher instead of being given the choice of a refund.

Andrea Coscelli, CEO of the CMA, said: "We will be carefully analyzing all the evidence to see whether any airlines breached consumers' legal rights by refusing people cash refunds for flights they could not lawfully take.

"We recognize the continued pressure that businesses are currently facing, but they have a responsibility to treat consumers fairly and abide by their legal obligations."

The CMA says it will now write to several airlines asking for information on their approaches to refunds so it can gain a better understanding of what has been happening.

It says it will not disclose the identities of the airlines it will be writing to at this stage but added that may change if it decides to launch enforcement action.

The CMA says it will be working closely with the UK Civil Aviation Authority (CAA) as it progresses with its investigation.

The consumer watchdog Which? says it was the first to report the issue in May.

Which? travel editor Rory Boland said: "Airlines have often put customers in an impossible situation by operating flights during lockdown restrictions and refusing to offer cash refunds to people who cannot lawfully travel – so it is right that the CMA has stepped in to investigate and it should take strong action, where appropriate.

"We expect the hundreds of thousands of people who were simply following government rules by not taking flights to be issued refunds or given the option of a refund, as a result of this investigation."

Aviation has been among one of the industries worst affected by the coronavirus pandemic. Thousands of jobs have been lost and more losses are expected when the UK government's job furlough scheme ends in March 2021. Airlines have called on ministers to step in with a bailout program to prevent them going into administration.