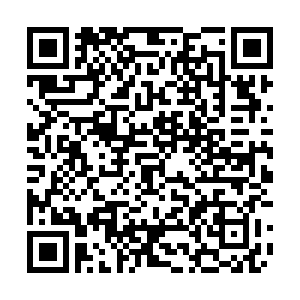 EU policymakers plan to put climate change at the center of decision-making in 2021. /AP

EU policymakers plan to put climate change at the center of decision-making in 2021. /AP

The European Commission says it is aiming to tackle "greenwashing" and provide consumers with more information about the sustainability of the products they buy. It is part of a new consumer agenda that will support the bloc's Green Deal.

French and Dutch securities regulators have already called for EU-wide rules to prevent inaccurate claims that investments are sustainable and climate-friendly.

They made their joint call in a bid to persuade the commission to include proposals for rules for ESG (Environment, Social and Governance) raters in its action plan due to be published in 2021.

"While their influence is expected to grow considerably, providers of sustainability-related services remain largely unregulated," France's AMF and its Dutch counterpart AFM said.

The EU's European Securities and Markets Authority should become the regulator for ESG ratings firms, they added.

"The proposed framework is aimed at preventing misallocation of investments, greenwashing, and ensuring investor protection."

Greenwashing is the practice used by marketing brands or businesses to appeal to customers who care about the environment. This tactic is illustrated by use of green imagery and buzzwords, such as "eco-friendly" and "all-natural," originally used to divert attention from a company's questionable environmental record.

The European Central Bank (ECB) has placed itself at the heart of tackling climate change, and is exploring ways in which it can steer the financial sector to assist in the transition to a low-carbon economy.

Isabel Schnabel, a member of the executive board of the ECB, told attendees of September's European Sustainable Finance Summit, that "in the absence of common and clear definitions, as well as disclosure requirements, such ratings carry the risk of 'greenwashing', providing little guidance to investors and setting insufficient incentives for companies to improve their ecological performance."

Schnabel also pointed out that recent research by the Bank for International Settlements (BIS) shows "that green bonds have not necessarily translated into comparatively low or falling carbon emissions at firm level."

Some analysts fear there is a risk the monitoring process itself will be a "greenwash," as it will supersede whether or not the tools being employed to tackle the effects of climate change are effective, or are just another bureaucratic burden for business.

"While the cause is noble, how do you even begin to apply these standards and criteria, or legislate for these proposals? Are we facing the prospect of green accountants that audit firms? It is a burden that will ultimately hit consumers," said Patrick Perret-Green, CEO and chief strategist at PPG Macro.

Perret-Green also told CGTN Europe he believes this process will be difficult to manage at an international level, as different regulatory regimes could effectively shut companies out of their markets.

As the focus of policymakers begins to shift to the post-pandemic recovery, Europe, China and the U.S. have all placed green issues at the heart of their plans.

The European Commission believes consumers, not just investors, should take an active role in delivering this agenda so green-conscious shoppers, in turn, will have an impact on the corporate world, making "greenwashing" far harder.

"Policymakers need to be honest with themselves regarding consumer behavior and the choices they make. The recovery is the priority, as it will provide the funds to tackle the effects of climate change," said Perret-Green.