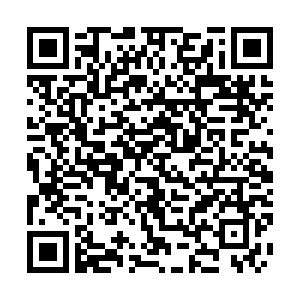 · People in France could start receiving the COVID-19 vaccine developed by Pfizer/BioNTech in the last week of December if European Union authorities approve it next week, Prime Minister Jean Castex said on Wednesday.

· UK Prime Minister Boris Johnson has defended his government's decision to ease restrictions over the festive period, saying it would be inhuman to "ban Christmas."

· Italy has reported 680 coronavirus-related deaths on Wednesday against 846 the day before, according to the country's health ministry.

· Czechs on Wednesday scrambled to book free rapid-result tests, offered by the government to slow rising cases and give families a chance to meet at Christmas with less chance of passing on the virus.

· Germany aims to be able to vaccinate everyone seeking an inoculation in the country by summer, Health Minister Jens Spahn said on Wednesday.

· The EU could give final approval for the Pfizer-BioNTech COVID-19 vaccine as early as December 23, a senior Commission official said on Wednesday, only two days after a possible green light from the bloc's regulator.

· Denmark's government will order shopping malls to close from Thursday and other shops to close starting on December 25 to prevent further spread of COVID-19, newspaper Ekstra Bladet reported on Wednesday citing unnamed sources.

· Germany has entered a hard lockdown, closing schools and non-essential shops until at least January 10, after 952 people died of the virus on Tuesday.

· More people in the UK oppose the government's plans to relax restrictions for five days around Christmas than support them, a poll published on Wednesday showed.

· But the UK government is unlikely to make a U-turn on its decision to allow three households to mix indoors for five days over Christmas, though minister Robert Jenrick says it's up to the public to exercise their own judgment.

· An adviser to Italy's health ministry has called for restrictions to be drastically tightened to avoid a "national tragedy" after the national statistics bureau, ISTAT, said deaths this year would be the highest since World War II.

· One in 10 people in Spain has already been infected with COVID-19, according to a new nationwide antibody study conducted by the Carlos III health institute.

· A damning new report has slammed the Swedish government for failing to do enough to protect the nation's elderly care home residents during the pandemic.

UK Prime Minister Boris Johnson is under pressure to make a U-turn on his decision to allow up to three households to mix indoors for five days over Christmas./AFP

UK Prime Minister Boris Johnson is under pressure to make a U-turn on his decision to allow up to three households to mix indoors for five days over Christmas./AFP

Belgian Prime Minister Alexander De Croo says there will be no easing of Christmas measures after cancelling a meeting between government and health officials that was pencilled in for Friday to discuss the potential relaxation of rules.

Instead, stricter measures could be tabled as the number of new infections continues to climb, increasing for four days straight. In the past week, there was an average of 2,343 new cases reported every day, an eight percent jump from the week before.

In the Brussels region, the Minister President has decided to keep a 10 p.m. to 6 a.m. curfew in place throughout the Christmas and New Year period. Last week he said the curfew would remain until January 15, but there were hopes there would be flexibility over the holidays.

The latest report from the country's health ministry found there were 21,309 new recorded cases from last Friday to Monday. That's a rise of 3,628 from the previous week.

Experts say the upward trend was likely due to shopping in November and early December ahead of Christmas and the relaxation of coronavirus restrictions in some regions.

Germany is waking up this morning under a tougher, more restricted lockdown. Perhaps most noticeable in the lead up to Christmas is the closure of non-essential retail stores until January 10, along with schools, daycare centers and personal care facilities.

Coinciding with the new lockdown a record 952 daily deaths were recorded on Tuesday, according to the Robert Koch Institute. The previous record, which was set less than one week ago, was 598.

Officials have noted the infection rate has stabilized and is close to falling among younger age groups but is still rising among older people, who are more likely to suffer serious complications. New infections on Tuesday neared 28,000. 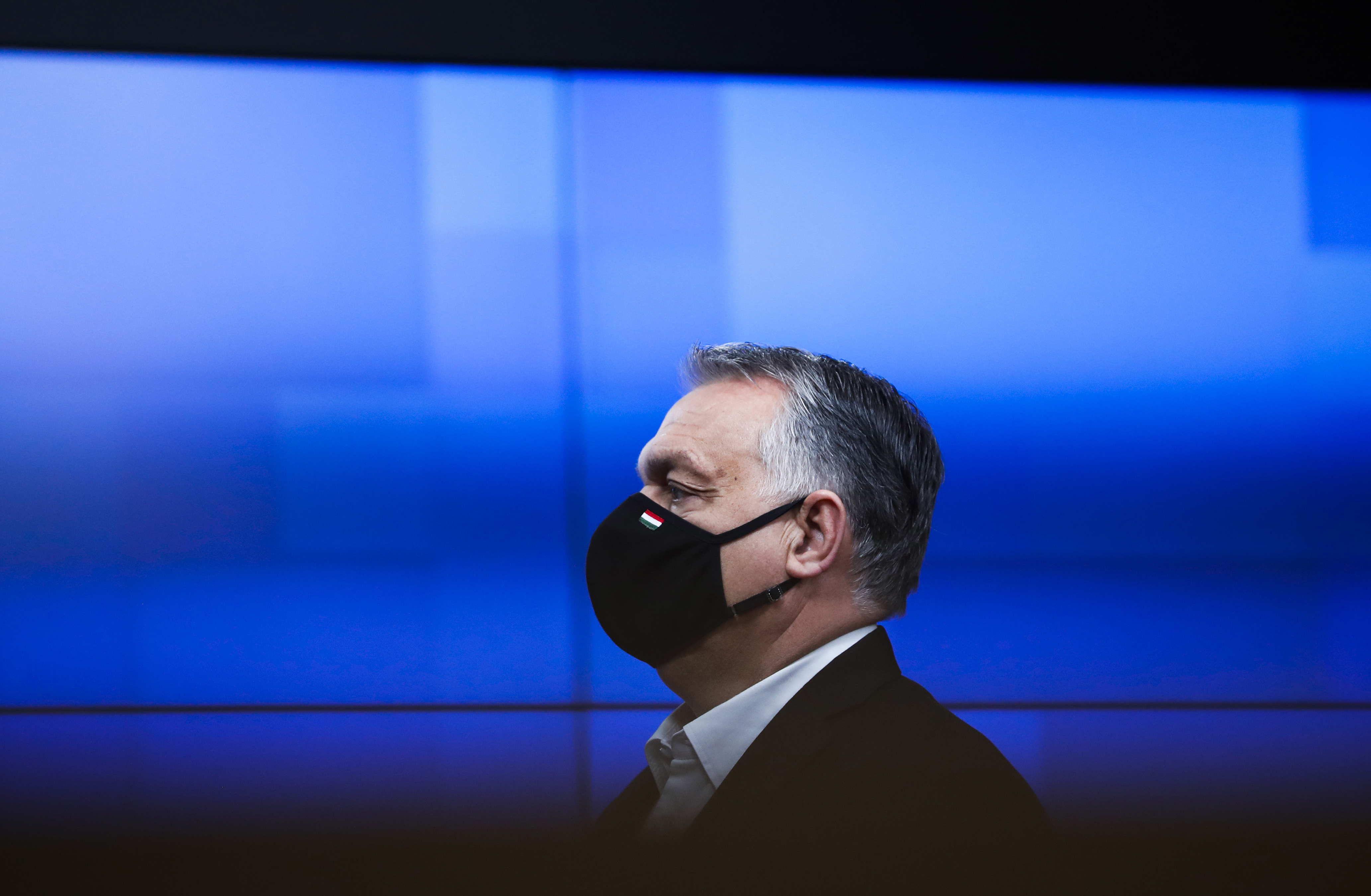 Hungary's Prime Minister Viktor Orban will allow bus drivers to work without wearing masks if they're inside 'the closed cab of a public transport vehicle'. /AFP

Hungary's Prime Minister Viktor Orban will allow bus drivers to work without wearing masks if they're inside 'the closed cab of a public transport vehicle'. /AFP

There is intense pressure on the UK government to cancel plans for a relaxation of social-distancing rules over Christmas. Prime Minister Boris Johnson is reportedly expected to resist those calls when he addresses members of parliament later.

Instead, Johnson may urge people to self-isolate before meeting up with other households over the festive period and avoid long-distance travel. The government is still asking people to think twice before traveling to see loved ones at all.

"Easter can be the new Christmas," Housing Minister Robert Jenrick told breakfast television on Wednesday morning. An outright ban, though, looks unlikely after a meeting of the leaders of the four nations of the UK – England, Scotland, Wales and Northern Ireland – on Tuesday, which has reconvened on Wednesday morning.

Opposition Labour Party leader Keir Starmer backs tougher rules, as do many scientists. A YouGov poll suggested up to 57 percent of the public may support "cancelling Christmas."

This week, Health Minister Matt Hancock reported a new strain of coronavirus in southeast England amid a sharp spike in cases. The highest level of regional restrictions came into force in London, Essex and Kent as of midnight.

The French government will present its vaccine strategy to MPs on Wednesday. The Prime Minister Jean Castex and the Minister of Health Olivier Véran will speak at 3:30 p.m. GMT before a debate. France is expected to continue its alignment with the rest of the European Union to roll out vaccines simultaneously.

Veran says it is the government's "hope" that coronavirus vaccinations can begin in France before the end of the year. The head of the country's Scientific Council is calling on the public to remain "extremely cautious for another three to six months." Jean-Francois Delfraissy says that the "arrival of vaccines will have no impact on the first quarter of 2021 and very little on the second."

Bus drivers are no longer required to wear masks, Hungarian media are reporting, as long as they are within the "closed cab of a public transport vehicle."

Among the general public, there have been 298 people stopped by police in the past 24 hours for irregular mask-wearing, bringing the total to 13,470 since masks were made mandatory in many situations and locations in the country. Most received on-the-spot fines.

Production of ventilators, strengthening Hungary's "self-sufficiency," is being increased after the Hungarian government signed deals with five companies to produce medical equipment and devices. The government says the investment deal is worth $30 million.